THERE’S no fashion faux pas more irritating than a pair of jeans that constantly slip down.

However, one savvy fashionista has revealed a clever trick that will end all your builder’s bum woes. 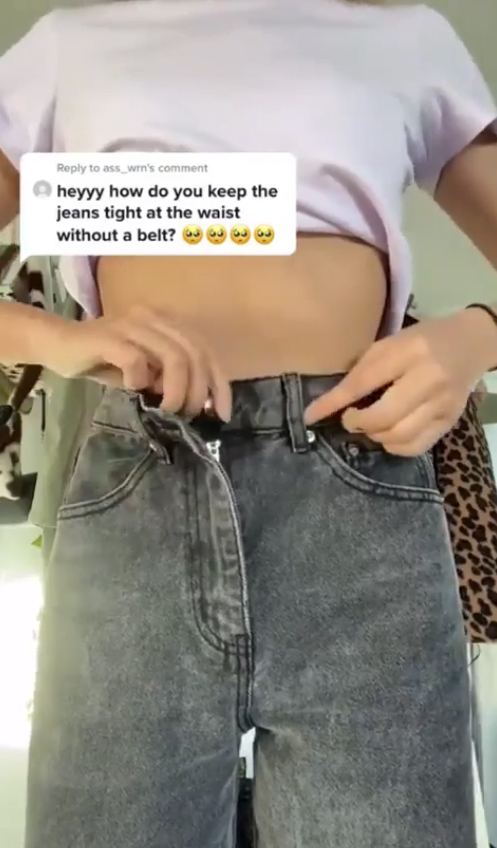 TikTok user Jordyn revealed how to tighten your jeans without a beltCredit: jordyn_acc/TikTok

No belt? No problem. All you need is a button and a belt hook to secure your waistband, with one woman proving exactly how in a video shared by TikTok user Jordyn.

The mind-blowing clip, that has since been watched over 550,000 times, was shared in response to one person who had asked: “Heyyy how do you keep the jeans tight at the waist without a belt?”

Demonstrating the quick hack while dressed in a pair of high-waisted jeans, Jordyn threads the button of her jeans through the nearest belt hook, before doing her jeans up as normal.

The simple move floored fashion fans, with one commenting: “You just saved my life.” 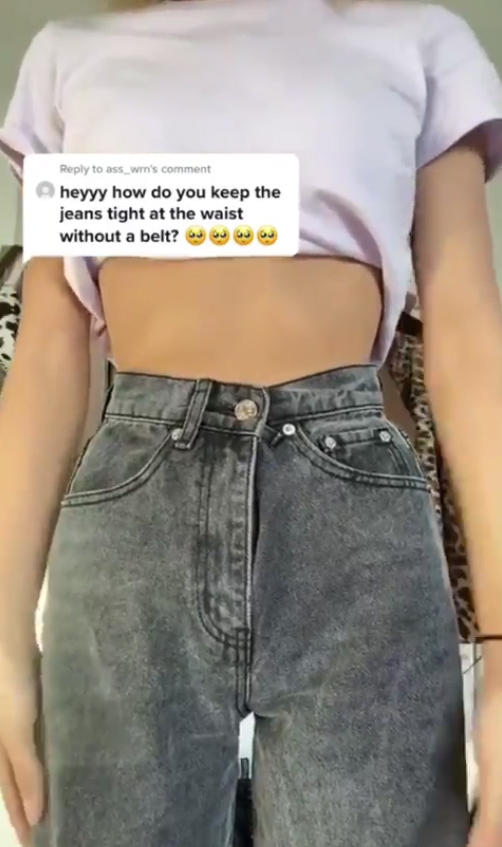 Jordyn threads the button of her jeans through the nearest belt hook, before doing her jeans up as normalCredit: jordyn_acc/TikTok

Another said: “Such a good idea omg,” while a third wrote: “Wow that’s [an] awesome hack I [might] try this.”

Others couldn’t resist giving it a go, and we don’t blame them, with one person revealing: “Omg it worked.”

Another called it a “too good trick” and said “it really [worked]”, while some people swore by the brilliant move and claimed they use it all the time.

While it definitely may come in handy from time-to-time, not everyone was convinced and one person revealed they ended up with a broken button from their attempts.

Then there were those who joked that they were after a similar hack that worked in the ‘opposite’ way, with one person teasing: “Make them tighter? Hun how do you make them wider?”

In other fashion news, savvy shoppers are snapping up £10 evening gowns in the Dorothy Perkins mega sale & say they’re ideal for post-lockdown weddings.

And Holly Willoughby’s Marks & Spencer Denim Dress is still in stock and now comes as a blouse – and its perfect for Spring.

Plus this woman visited US Primark and teased Brits on what to expect when the shop reopens – including a HUGE new Disney line.