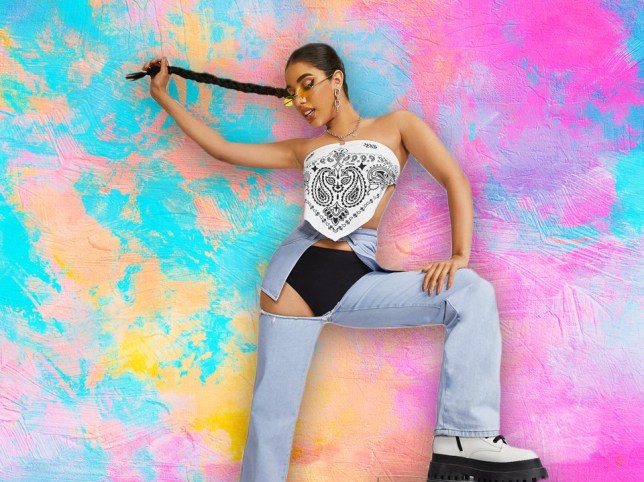 Get your Bridget Jones pants on (Picture: Shein)

In some people’s books, one of the main prerequisites when it comes to trousers is covering up your pants.

Granted, visible thongs may be back, but that’s really where the line is drawn for most.

Not for clothing site Shein, though, who seem to think the laws of decency just don’t apply.

Their latest drop includes one piece that’s been puzzling shoppers in particular; a pair of jeans with a huge hole at the front of the crotch area.

The unique denims come with a standard button fly and pockets, and differ from chaps in that the bum is covered. 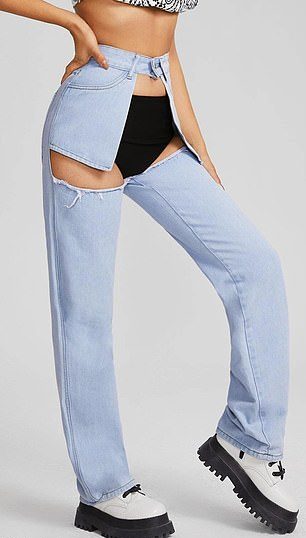 At least there are still pockets, right? (Picture: Shein)

After the Chinese brand posted a picture of a model wearing the crotch-window jeans, comments poured in from confused customers.

One wrote: ‘Wait what? ‘Who wants to show their underwear? This is the weirdest thing ever.’

Another asked: ‘What the hell is happening to Shein?’

We joke about the style, but these might be cute with a pair of psychadelic cycling shorts or leggings underneath.

If going for just pants, opt for ones that don’t have any sheer fabric. This will stop you getting arrested for public indecency.

It’s not the first time Shein has found itself in headlines – albeit for more serious reasons than a pair of skimpy jeans.

These might offend your sense of taste, but they aren’t officially offensive (as long as you wear something to cover your modesty).