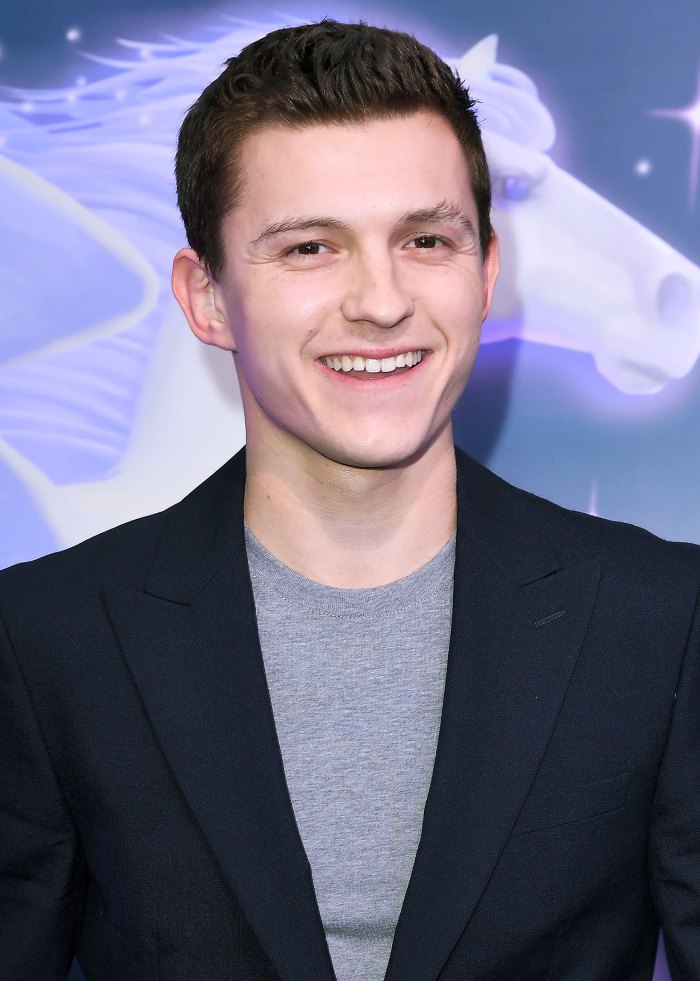 Spidey style! Tom Holland chose to skip his pants and show off his shiny, shaved legs for his appearance on The Tonight Show Starring Jimmy Fallon on February 23.

It’s not the first time the 24-year-old Spider Man: No Way Home actor has opted to wear a suit jacket and bare legs either. Recently, Holland posted a behind the scene photo to his Instagram story showing off his fashion choices. And it appears he’s quite the influencer.

Joe Russo, who’s a codirector on Holland’s upcoming film, jumped on the pantsless trend. On February 10, the Cherry director posted a side-by-side photo with Holland rocking the same bare legged look. He writes, “Thanks for the fashion tip @TomHolland1996!”

Thanks for the fashion tip @TomHolland1996! pic.twitter.com/G33YDlHA8r

Fallon, 46, was quick to call out the duo’s seemingly smooth gams, asking if Russo shaves his legs. “The thing that kills me is Joe’s actually got nicer legs than I do,” Holland emphatically says in the interview.

Here’s where things take an interesting turn. Holland proceeds to get out of his chair give everyone a look at his pantsless bottom half.  “I don’t have to shave my legs because I’m a prepubescent teenager. I haven’t grown hair on my legs yet,” he says, plopping his foot down on the chair. “Here, I’ll give you a little glance.”

The actor’s legs are admittedly very smooth and, in fact, hairless.

While Holland has nice gams, Fallon seems more concerned with yet another peculiar fashion choice—Holland’s socks.

“I’ve got to wear this suit jacket and the suit jacket’s too hot. I have my legs out because it’s nice and freeing, but then my toes get cold, so I wear my socks,” says Holland.

Holland also took the interview as an opportunity to shut down some rumors about Tobey Maguire and Andrew Garfield returning for the new Spider Man movie which is currently filming in Atlanta, Georgia.

“It would be amazing if they were because they haven’t told me that yet. I am Spider-Man and I’ve read the script from beginning to end, so it’d be a miracle if they could’ve kept that from me,” says Holland. “At the moment, there is no cameo from the two boys.”

That said, Holland may not be in the loop. When Fallon mentions that the team keeps information hidden from Holland, her responds jokingly: “It’s actually getting to the point where it’s really frustrating.I feel like now I’ve progressed, I’m a trustworthy member of the Avengers. I haven’t really every spoiled anything. Well, there’s a few things.”