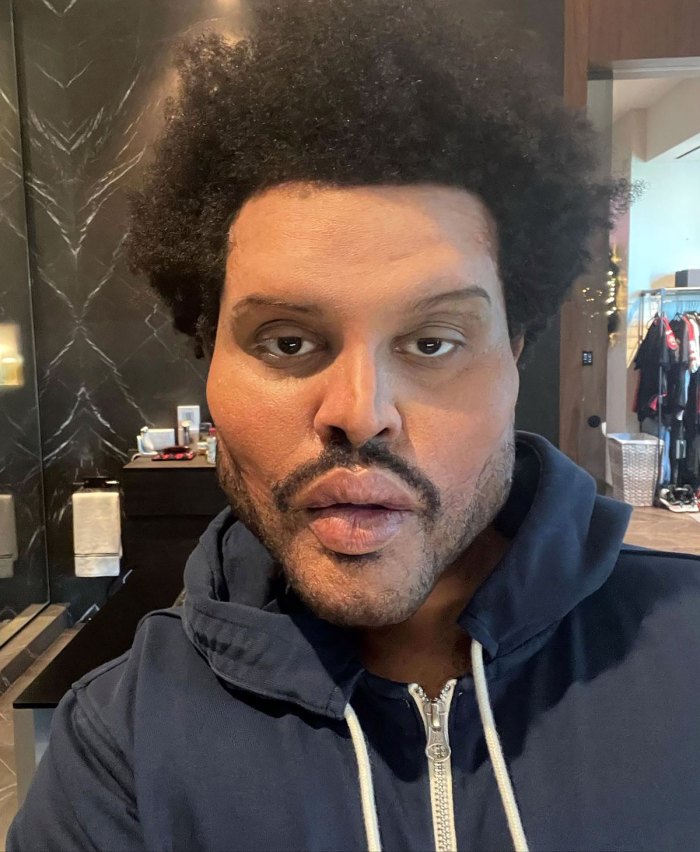 All in the name of art! The Weeknd debuted a dramatic new look at the start of 2021, but according to an insider, it’s all part of his performance piece.

On Tuesday, January 5, the Weeknd, a.k.a. Abel Tesfaye, 30, appeared in his “Save Your Tears” music video with a crooked nose, super high cheekbones, surgery scars, plus a bloated face and lips. Though it looks quite real, a source confirms tells Us that it’s not.

“This is strictly performance art,” the insider says. “The Weeknd is wearing prosthetics as he’s been playing since November 2019 when he launched the After Hours era.”

In fact, the look was created by Mike Marino of Prosthetic Renaissance, the same mastermind behind Heidi Klum’s many, many impressive Halloween costumes. In Marino’s Instagram post celebrating the music video, he notes that it was supposed to look like bad plastic surgery. Nailed it! He also shared pics of the process, including the molds used to create the high cheekbones, long chin and over plumped lips.

The Weeknd shared a behind-the-scenes look at his unrecognizable face in a captionless Instagram post on Tuesday that was quite shocking for many fans. “This creeped me tf out lol,” commented one user. “‘Can’t feel my face’ hittin a lil different lmaooo,” wrote another.

In fact, so many people were taken back by his altered appearance, that he started to trend on Twitter. While many compared him to a “handsome Squidward” others played around with his stage name. “#TheWeeknd out here looking like The middle of next week,” one user tweeted.

“Why is our boy #TheWeeknd trying to look like Dorian from the movie #Mask,” another jokingly asked.

But this isn’t the first time the artist has used his face as part of a statement-making costume. Back in November 2020, the “Blinding Lights” singer made a surprising appearance at the American Music Awards with a face-full of bandages, accepting awards and performing in the startling look.

Though at the 2020 MTV Video Music Awards, he kept it pared down with no visible prosthetics, the performer has never been afraid to take his look to a radical level. In his “Blinding Lights” music video, the Canadian native sports a bloodied face. He later carried this over to his performance on Saturday Night Live in April 2020.

National Guard deployed to boost Covid vaccinations as US sets ANOTHER daily death record with 3,770 killed