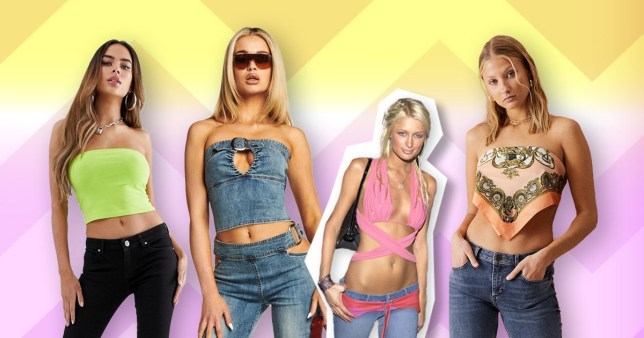 Sit down and make yourself a cup of tea or a stiff drink.

We’re about to share some news that may cause violent reactions.

Low rise jeans are back.

Yes, you heard us right, the marmite fashion trend of the early noughties is here to haunt 2021. Rumours began to surface as early as 2019, but then in 2020, we had more important issues to deal with than below the bellybutton waistbands.

However, to the chagrin of us all, 2021 has placed low-rise jeans on the fashion escalator and they are moving very quickly to an online store on a screen near you.

As you sit there shaking and crying into your high-waist Joni Topshop jeans, you may be asking who would create such a monstrosity in the first place?

Well, hip-huggers were the precursors to low-rise denim and became popular in the 1970s in bell-bottom styles. During the 1980s, silhouettes changed and high-waisted silhouettes once again found popularity. Then in the 1990s, low-rise jeans experienced a revival when Alexander McQueen debuted the Bumster jeans in ‘Taxi Driver’, his first collection after graduating from Central Saint Martins.

From then on low-rise madness gripped the fashion world. Madonna wore a pair in an advertisement for MTV in 1994 and cemented their status in the pop culture world. However, it wasn’t until the noughties that low-rise jeans became sartorial must-haves.

Seen on everyone from Paris Hilton to Britney Spears to Keira Knightley, you couldn’t hide from below the belt jeans or be hidden by them. 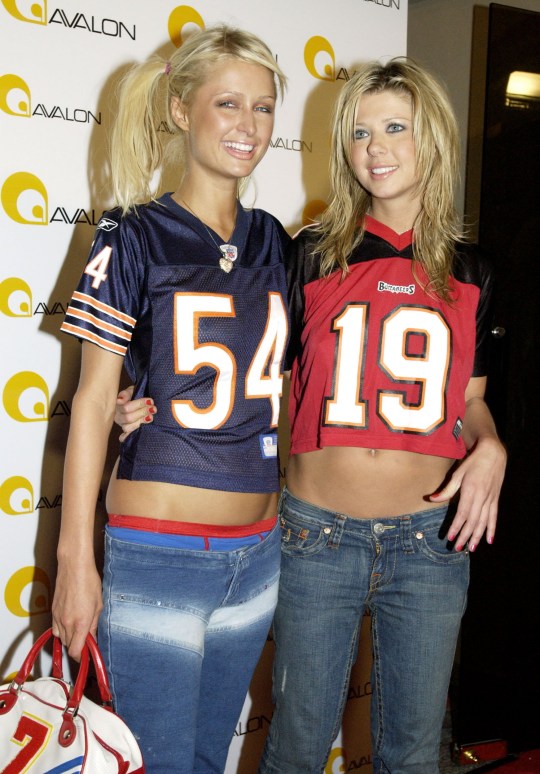 This was the time of ‘it girls’, ‘it bags’ and size zero fetishization. It was a time to be thin and a time where women’s bodies were scrutinized by magazines and newspapers on the daily.

Any woman who came of age within those years will have deeply embedded memories of tummy comparisons and impossible body ideals.

It’s because of this that the rebirth of low-rise jeans is met with such visceral backlash. For women, beauty standards have never been higher and more unmeetable. To be brought back to the first time many experienced the toxic blend of media and body approval is unthinkable.

Yet, here we are, and once the fashion trains leaves the station it doesn’t stop.

Thanks to TikTok, Y2K fashion is the trend du jour. Generation-Z youngsters are experts at thrifting noughties vintage and it was only a matter of time before they found our low-rise enemies.

Currently, #lowrisejeans has over 34.6 million views on the video-sharing platform. Videos with taglines like ‘a sign to get low rise jeans’ and ‘bring back low rise jeans’ are enough to raise concerns with those who lived through the trend already.

Supermodel Bella Hadid, a keen purveyor of the trend, was most recently seen in Von Dutch low-rise denim in an Instagram post. While Kendall Jenner, Hailee Bieber, Gigi Hadid, and even Katie Holmes have all dabbled in low waistbands and the interest shows no signs of waning.

In the fashion world, designers such as Dion Lee and Sportmax took turns to try a hand at the trend and these attempts have since filtered down to the online high-street.

I.AM.GIA – a brand truly flying the flag for low-rise pants – Urban Outfitters, ASOS and Superdry are all riding on a low-rise denim carriage.

It’s enough to make you question existence. How could something so difficult to style and wear once more become something to covet?

The key to approaching the low-rise jeans dilemma is confidence. In 2003, low-rise jeans were intertwined with body image. In 2021, we should wear what we want, when we want.

Fashion is all about the self and no one else, so ignore the perceived pressures placed on us nearly two decades ago.

Wear with a cropped cami or a longline top. Pair with an oversized cardigan or t-shirt for a relaxed take. Wear with anything that makes you feel sensational.

And if you deeply despise low-rise jeans and couldn’t think of any worse horror, simply don’t wear them. That’s the beautiful thing about life and style – you have a choice.

Plus, high-waisted jeans won’t be sent to the garment graveyard anytime soon. While the legs have become wider thanks to the opinions of Gen-Z, the waistbands are more supportive and flattering than ever.

This means the final denim decision is in your hands and how low you go is entirely up to you. 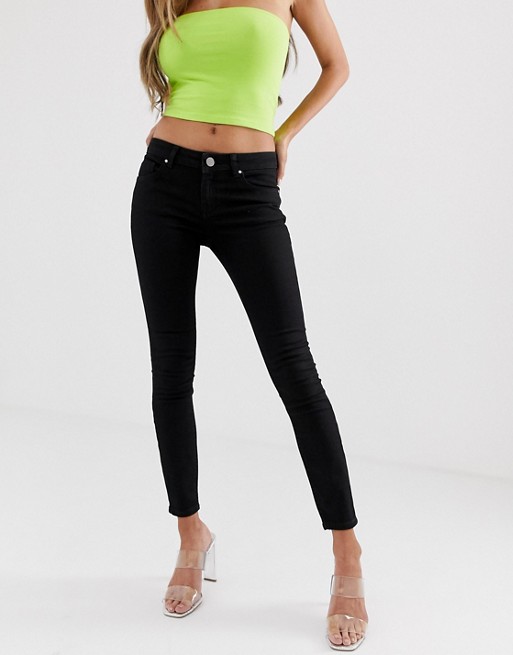 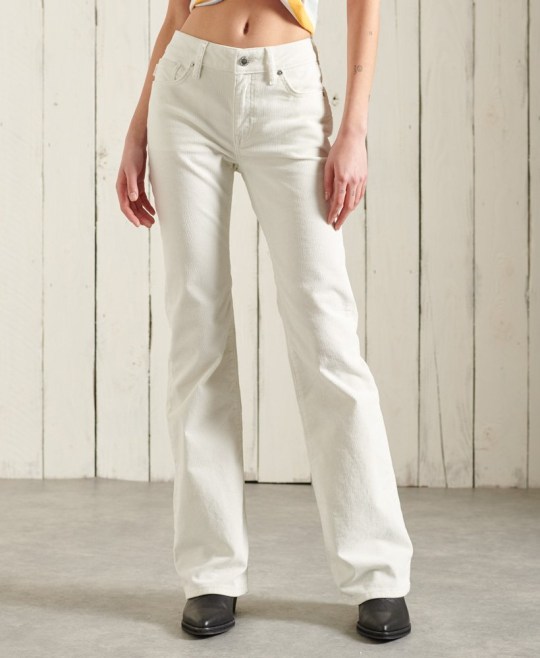 How low can you go? (Picture: Superdry) 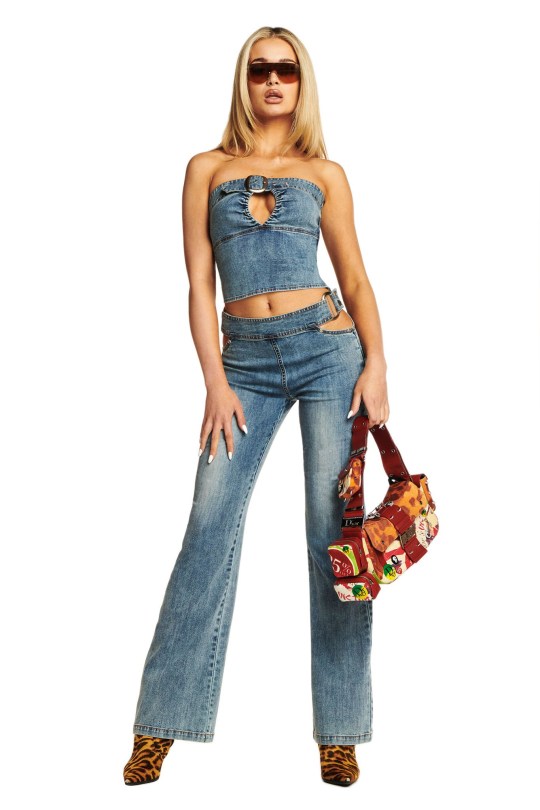 An ode to the noughties (Picture: I.AM.GIA) 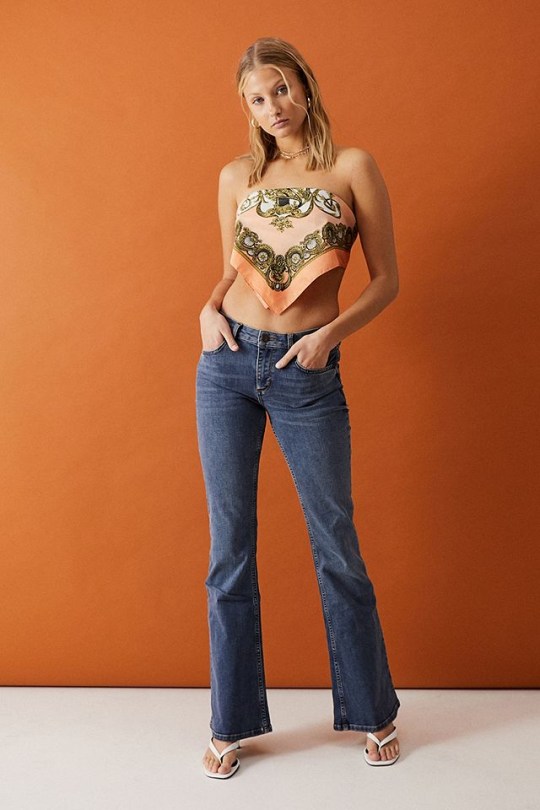 Buy them for £52 at Urban Outfitters.