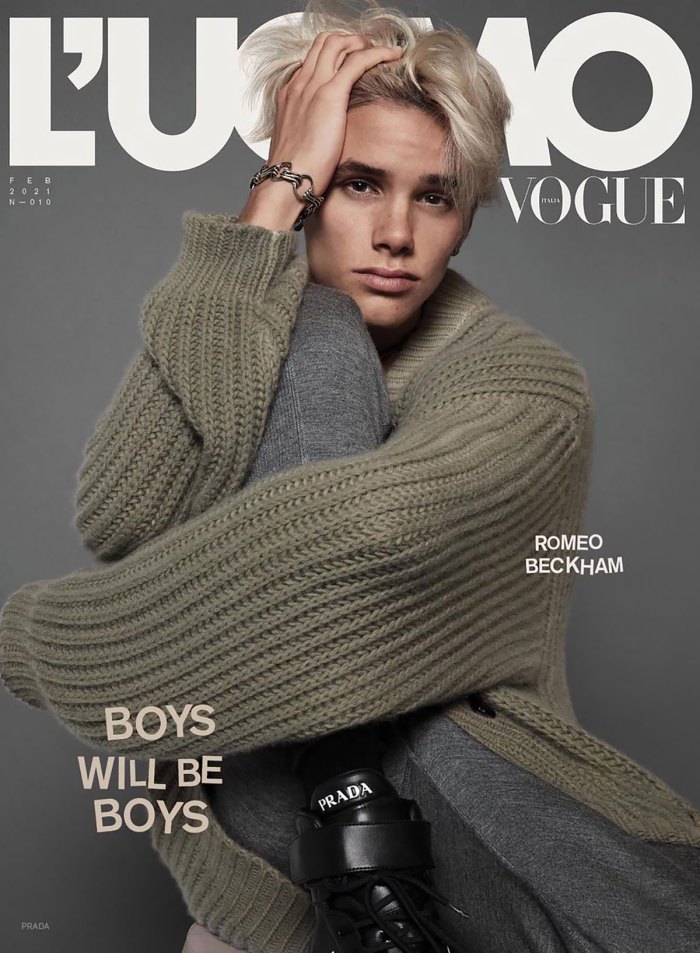 OMG! Romeo Beckham made his magazine cover debut and there’s a lot of family resemblance.

The 18-year-old son of Victoria and David Beckham covered L’Uomo Vogue‘s Generation Issue, appearing to take after both of his parents. While he looks to be nearly the spitting image of his pop-star-turned-designer mother, the bleached blonde ‘do is quite reminiscent of the soccer pro’s platinum blonde locks of the early 2000s.

Shot by photographers Mert Alas and Marcus Piggott, the model covers the publication in a chunky knit sweater with gray sweatpants and black Prada boots. Throughout the accompanying spread, Romeo dons a variety of fashion-forward looks such as leather shorts, tiger striped tights and a blue croptop.

He celebrated the cover in an Instagram post on Monday, January 18. “Excited to share my first cover shoot for @luomovogue ?,” he wrote alongside a pic of the cover image.

His mom and dad also shared the exciting news on their Instagram feeds. “So proud of you @romeobeckham ❤️ ,” David wrote. “What an incredible first cover for @luomovogue.”

Lots of people chimed in on the comments to congratulate Romeo, including a handful of A-listers. “What a stud,” Justin Bieber wrote. Meanwhile, David Furnish commented, “So proud of my Godson!! ??❤️❤️ .” 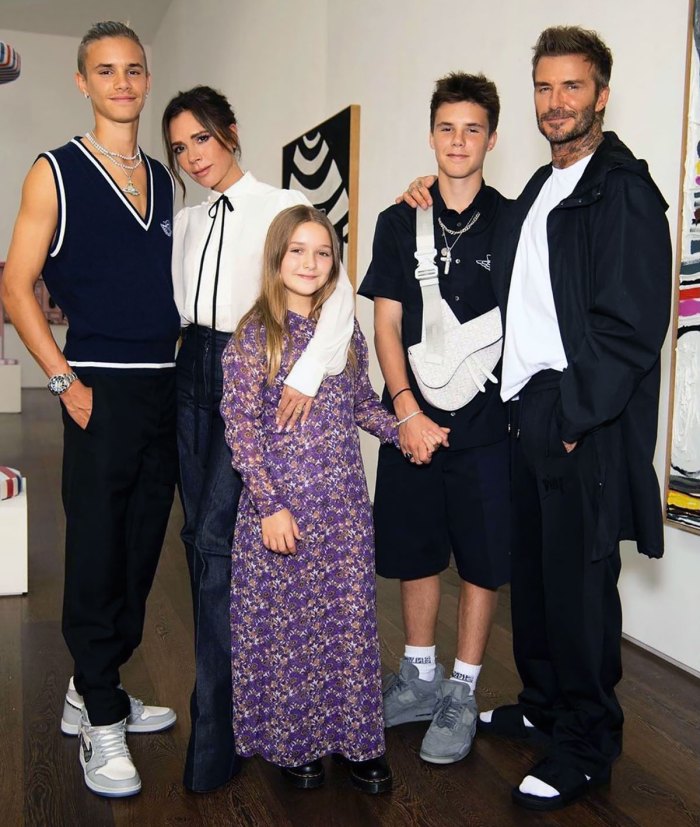 After all, when you come from the Beckham family, being a cover star is basically second nature. Though Brooklyn has made more of a name for himself behind the camera rather than in front of it.

We love to see the Beckham family unit supporting one another on social media. Back in December, David shared a video of his 15-year-old son Cruz playing Van Halen on the piano. “Watch out uncle Elton ? @cruzbeckham learnt this in one day ? ,” he wrote in the accompanying caption. “Practice makes perfect @eltonjohn.”

When the former Posh Spice commented on the video, she was equal parts impressed and confused by Cruz’s pink hair. “So proud!!!!” she wrote. “What happened to his hair??????? love u Cruz!!! X”

The best is when Victoria and David tease each other, though. Like the time that the Spice Girl told the retired athlete that Gaston from Beauty and the Beast wanted his boots back.

“So my wife decided to post before asking me or cropping my last minute shoe option,” he clapped back. “Revenge will be sweet @victoriabeckham.”