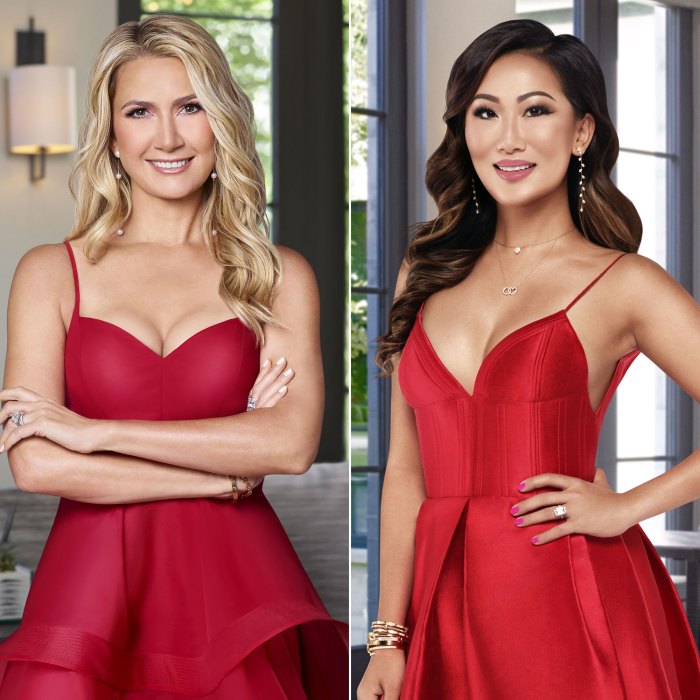 The drama! Real Housewives of Dallas stars Kary Brittingham and Dr. Tiffany Moon got into an epic Twitter feud over a snake necklace — and we’ve got all the details.

On Wednesday, January 13, Brittingham tweeted a link to a $1,400 Moonstone and Diamond Snake Necklace from Brittingham’s brand, Kamo By Kary, tagging Moon in the post. “This would look great on you,” she wrote, referencing a previous Twitter fight the two had earlier in the week.

Moon proceeded to respond with the most epic clapback. “Thank you for the suggestion but ummmm, it’s not really my style,” she wrote back. “In honor of my favorite Serpentine RHOD member though, I’ve donated the cost of that to the SPCA, so hopefully some animals can benefit. Have a wonderful rest of your day.” She further slammed her Bravo costar, including the hashtag #wouldntbecaughtdeadwiththaton.

But that’s not all! The anesthesiologist also shared a screengrab of her donation to the Texas chapter of Society for the Prevention of Cruelty to Animals for $1,400 — a.k.a. the cost of the necklace. 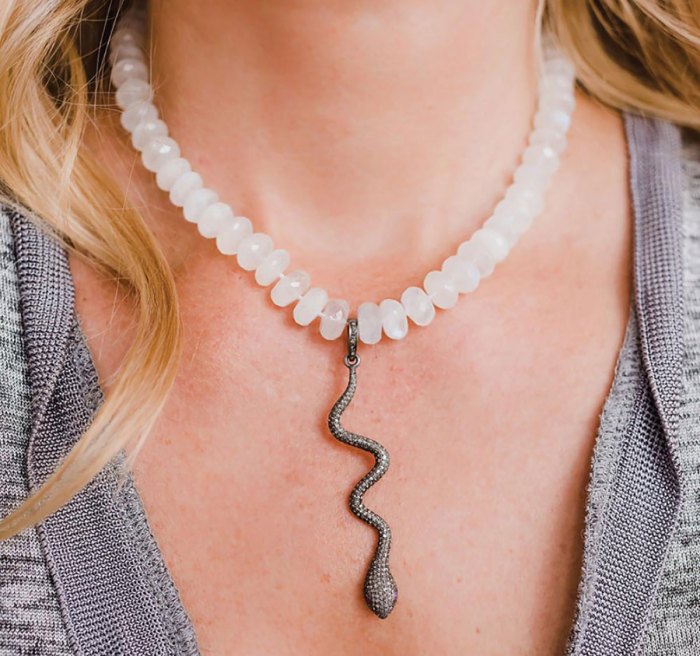 This back-and-forth came just a day after Brittingham called Moon a snake in another tweet. “Wow you asked me to help you have fun to then use it and call me a Bully 🙄 ,” she wrote on Tuesday, January 12. “@TiffanyMoonMD you are such a snake.”

Moon didn’t let this one go either, tweeting back, “I asked you to help me have fun, not to haze me to drink. Tequila isn’t the answer for everyone. We both know I asked you to quit giving me shots. #reaching.”

Back at the start of January, the China native told Us Weekly that she “had a little bit of a rocky start” with Brittingham, but says they were eventually able to smooth things over.

“Maybe we just have different ways of being inviting,” Moon joked. “I think we have very different personalities and I think her way of being inviting was to be like, ‘Woo, we’re here to party. Let’s take some shots!’ And that’s not necessarily how I like to have fun. … I think as the season progressed, we began to understand each other a little bit better.”

The co-star she said she had an easy time getting on with was Stephanie Hollman. “I would say Stephanie was the most welcoming because she is just so sweet,” Moon told Us. “She has this sort of Southern charm drawl.”

Another 48,682 people test positive for Covid as deaths data delayed