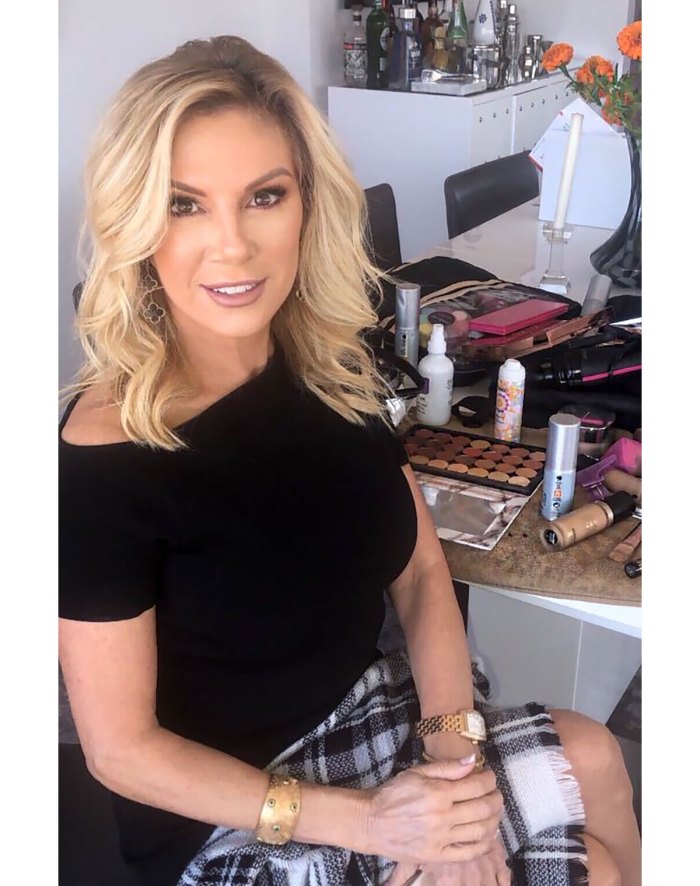 Whether you’re a Beverly Hills stan or a New Jersey devotee, it’s safe to say that every Real Housewives franchise has put their glam game into overdrive the past few seasons.

More often than not, the Bravo stars bring out their most over-the-top accessories, an army of wigs and wild eyeshadow worthy of its own spinoff show. And when it comes time to film confessionals? Game over.

But the Housewives’ on-screen beauty badassery wouldn’t be possible without the reality stars’ go-to glam squads. So, on our mission to uncover the ins and outs of confessional glam, we turned to two of Bravo’s most trusted beauty gurus: hairstylist Laura Rugetti and makeup artist Priscilla DiStasio.

“What was Housewives before [glam]? They weren’t so glitzy. Now, because of Dorit’s [Kemsley] hundred hair clips, people want to wear hair clips. Because of Kyle’s [Richards] glitter eye on Watch What Happens Live people want sparkles. Tamra’s [Judge] bronze and faux lob — that was a whole look. We create it,” DiStasio said of the impact beauty has had on the franchise.

But these looks don’t just magically manifest. Rugetti, who frequently works with Shannon Beador, Teddi Mellencamp and Denise Richards, shared that when it comes to confessional glam — planning is key.

Each housewife typically has three different looks per season and is given anywhere from 45 minutes to three hours to get ready before stepping in front of the camera.

“They [the housewives] will have their inspiration and they’ll already know what they’re going to wear. We base the hair and makeup off of the outfit, so once we have a picture, I’ll start chatting with the makeup artist and we’ll evolve the look from there,” she tells Stylish, noting that she starts brainstorming a week prior to filming. 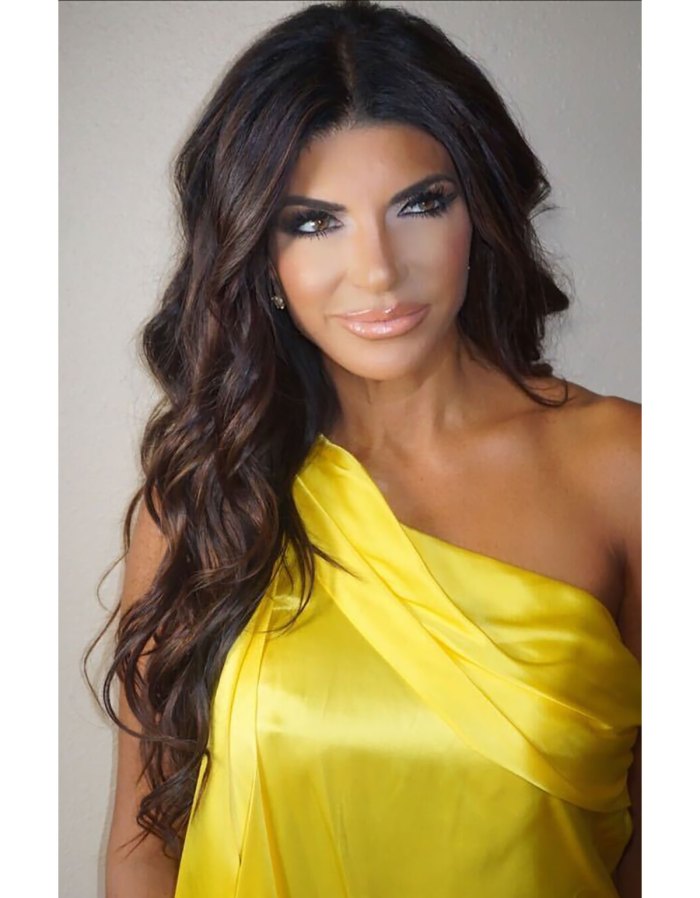 DiStasio, who works with Teresa Giudice and Ramona Singer among others, follows a similar creative process, explaining that there’s a lot more to hair and makeup than meets the eye. “They’re being filmed from chest up, so it’s all about the face, it’s all about their hair. Everything has to compliment each other. There’s so much more detail that goes behind it, like matching their newly painted room, making sure things don’t clash, choosing tops that aren’t too busy.”

While in a dream world, everything would be ironed out and approved by producers weeks in advance, DiStasio says it’s rarely such smooth sailing. Between unanticipated outfit changes and unexpected skincare procedures that make applying makeup a tad difficult, there are as many surprises in the backstage glam room as there are on the show.

“You would assume that there would be all this preparation, but no girl — what Housewife makes life that easy?!” she joked.

Case in point? Singer had Fraxel, a laser treatment that makes micro-wounds on the skin, just a day before filming, clueing DiStasio in on the news only after she had the procedure.

Working out the kinks may not have been a breeze before, but the COVID-19 pandemic has added some unexpected hiccups in the glam department. Because of safety protocols, the ladies have had to take gaps while filming and recreate the same confessional looks on different days.

Even in pre-COVID times though, being prepared for just about anything — at any time — comes with the territory. While actively filming, the beauty team has all eyes on their client — and DiStasio has no shame jumping in when a makeup emergency strikes.

“Everybody will have their ear pieces in and I’ll be like, ‘Oh no, she’s eating lipstick, I gotta get in there.’ Or, ‘Now she’s got a brown mustache —it’s not supposed to be that way. We gotta go back in.’”

While there are admittedly last minute outfit changes and looks killed by producers day of, the one saving grace is that the ladies have a ton of blind faith and trust in their glam squads.

Rugetti told Stylish: “They just trust our vision — especially Shannon. She’s always kind of like, ‘Ok, do what you want to do.’ It’s cool because as a hairdresser, when someone trusts you, it makes the process so much easier and more fun.”

DiStasio feels the same, explaining that working with the same women season upon season creates an unspoken confidence. “Teresa for example knows that at the end of the day we’re going to make any look work and not need any extra time … Having a consistent team helps give a woman confidence in the sense that she knows her team is going to make her look her best.”

She has the same experience with Singer: “Ramona has the most fun with her looks, she’s always down for a freaking glam session! She’s always complementing, always feeling super confident, does her turtle time dance. We can get Ramona to drop it like it’s hot after any look we create — facts.”

Obviously the glam squads — who are with their clients through laughing fits, TikTok-making sessions and high-stress situations — have made their favorite beauty products somewhat of Housewives staples over the years. After all, the ladies want their on-camera makeup off-camera, too. 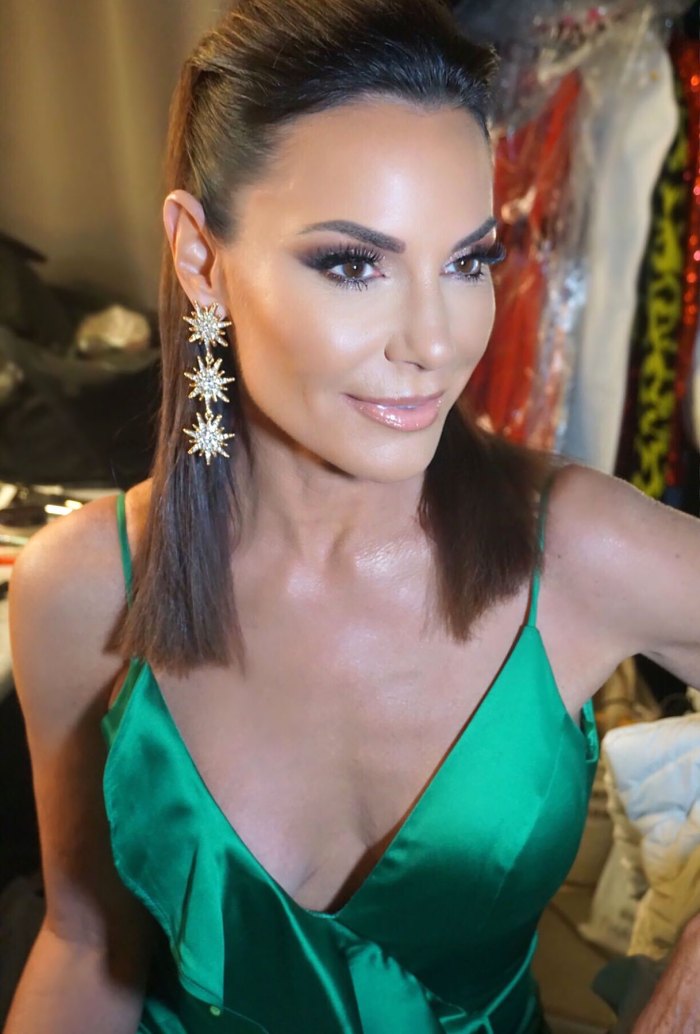 In the hair department for example, it’s safe to say that Hidden Crown Hair is being used in some way, shape or form in every confessional and reunion look.

“Hidden Crown is a must because you really need lots of different hair, fake bangs, ponytails and clip-ins to really achieve a cool look every time,” Rugetti told Us. A few of her other must-haves? GHD irons, Unite Texturiza Spray and the Rosé Rescue Hair Mask by Scotty Cunha.

DiStasio always preps the skin with Miami Gorgeous Vitamin C Serum, which she describes as a “amazing gift to the skin.” As for makeup? Era Beauty Airbrush Foundation is a must for face and body, Laura Mercier Translucent Setting Powder is key for baking and lips are always topped off with Rincon Cosmetics Vegan Liquid Lipstick.