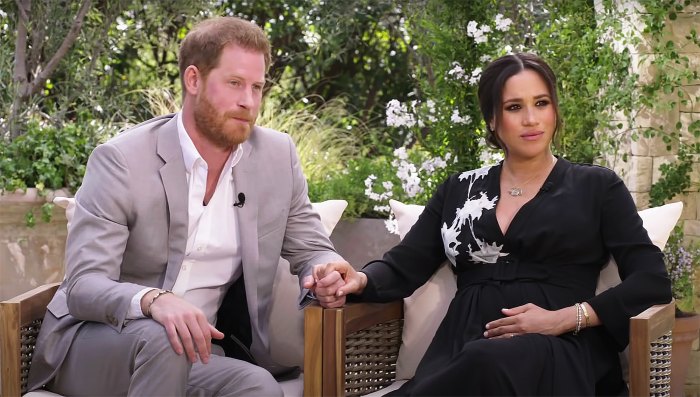 An oldie but a goodie! Prince Harry is recycling what seems to be his all time favorite suit for his tell-all interview with wife Meghan Markle, which is scheduled to air on March 7 on CBS.

In a promo clip released on March 1, Harry, 36, is seen wearing a grey wool suit — and it looks pretty familiar! The Duke has worn the outfit to a handful of royal events, including polo matches, the Invictus Games and, most importantly, his son Archie’s christening.

The royal paired his trusty suit with a pair of brown suede lace-up boots and white long sleeve button up. 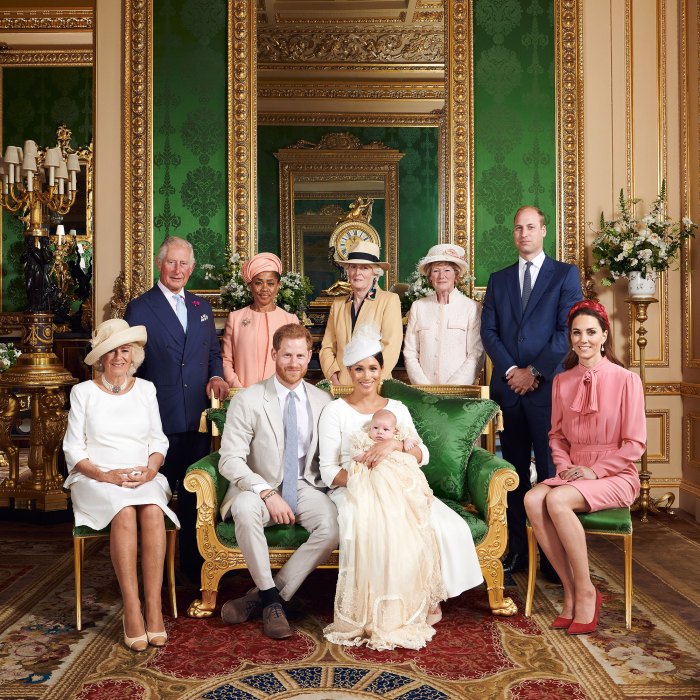 The Christening of Archie Harrison Mountbatten-Windsor at the private chapel at Windsor Castle, Windsor, Berkshire, UK, on the July 6, 2019. Chris Allerton/Sussex Royal/MEGA

While Harry made a point to bring a happy memory of his 21-month-old son with him to the sit down, Markle, 39, also added a familial touch to her attire.

Us Weekly confirmed that the Suits star, who is expecting her second child with Prince Harry, is wearing a diamond bracelet that once belong to the late Princess Diana.

For the interview, Markle wears an Armani dress with a lotus flower design, black stilettos and a Pippa Small necklace. Her hair is pulled back into a sleek low bun with a few face framing pieces pulled in front.

We can only guess that the sentimental wardrobe choices are offering the couple a sense of comfort for their first tell-all interview, which follows their February 18 announcement that they will stepping down from their royal duties.

“My biggest concern was history repeating itself,” Harry said in a preview for the interview that was released on Sunday, February 28. “For me, I’m just really relieved and happy to be sitting here, talking to you, with my wife by my side, because I can’t begin to imagine what it must have been like for her going through this process by herself all those years ago because it has been unbelievably tough for the two of us, but at least we have each other.”

The interview, which will air on CBS, is set to cover a range of topics, including the couple’s decision to step down from their royal responsibilities, how Princess Diana continues to influence the couple, baby No. 2 and more.