SHOPPERS are baffled after stumbling across a bizarre unitard that leaves one bum cheek totally exposed.

PrettyLittleThing is selling the strange design for £10.50, and it’s being brutally mocked online. 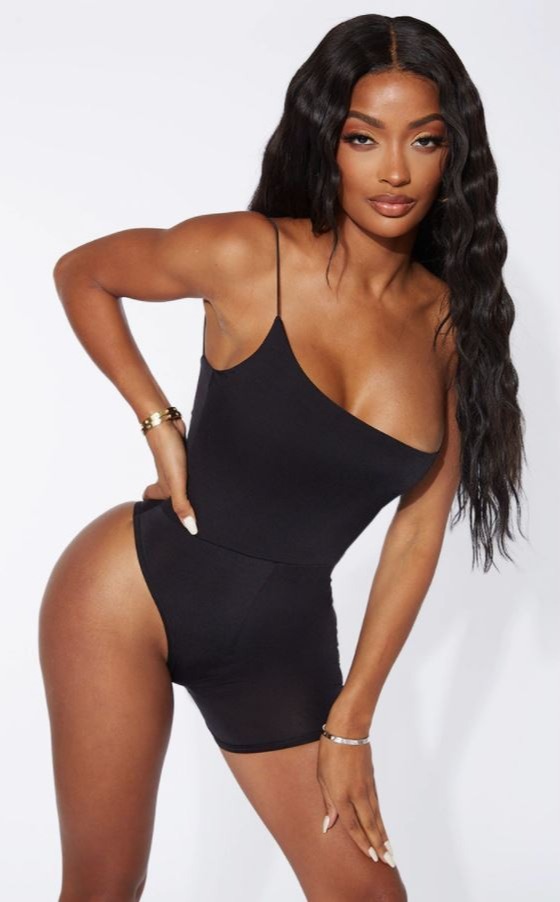 Listed as a Shape Black Slinky One Shoulder Cut Out Unitard, the asymmetrical bodysuit is quite different to the regular style, and it has people scratching their heads.

The black bodysuit features one single strap, leaving the other shoulder bare.

But it’s the bottom half of the one-piece that’s got people talking which features a short-style finish one one leg and high-cut bikini finish on the other.

The unsual design means the model is posing with one bum cheek completely on show and Twitter users joke the design was “half done”. 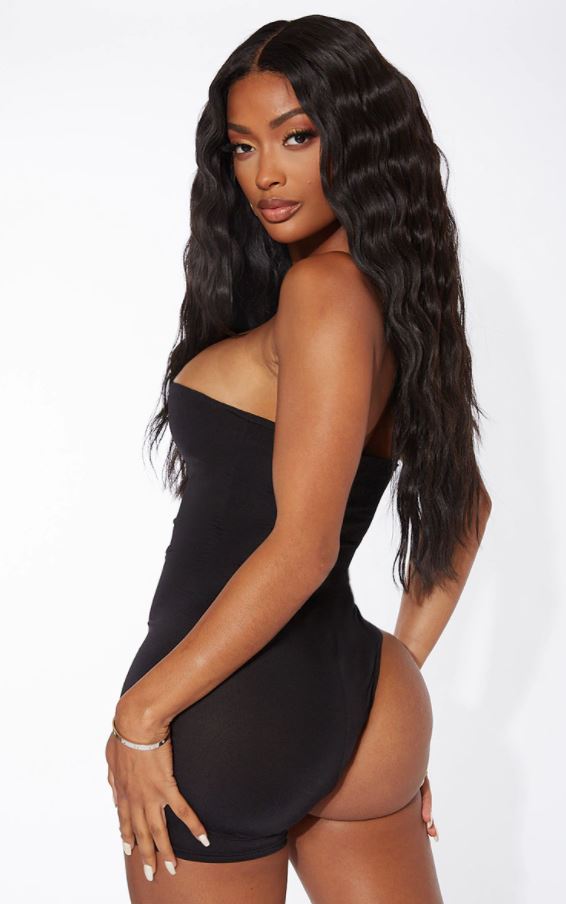 Many joked the design was ‘half done’Credit: Jam Press 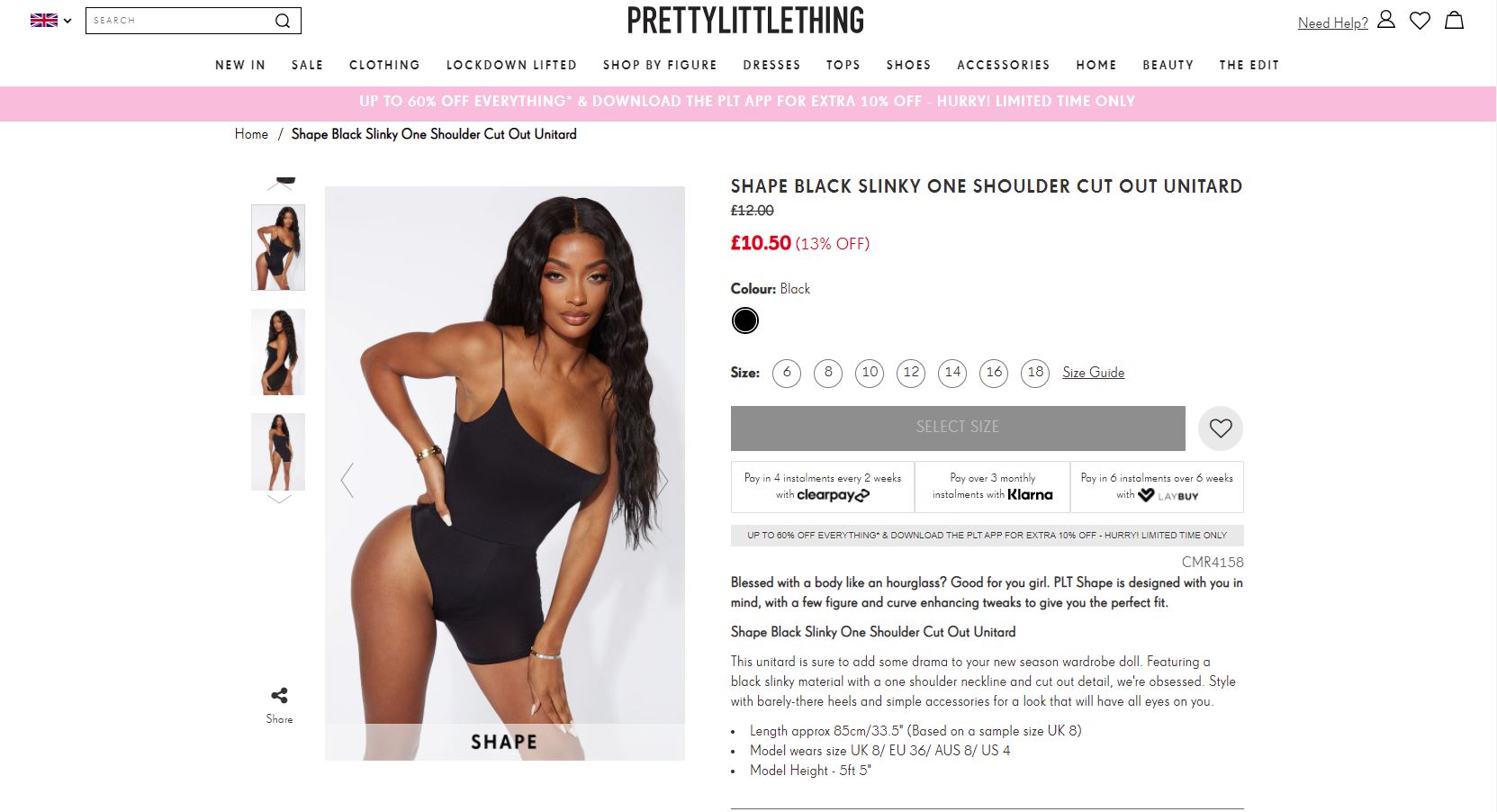 Some users suggested the garment was supposed to be worn underneath your clothes, but the website proves this isn’t the case.

The site’s product description reads: “This unitard is sure to add some drama to your new season wardrobe doll.

“Featuring a black slinky material with a one shoulder neckline and cut out detail, we’re obsessed.

“Style with barely-there heels and simple accessories for a look that will have all eyes on you. “ 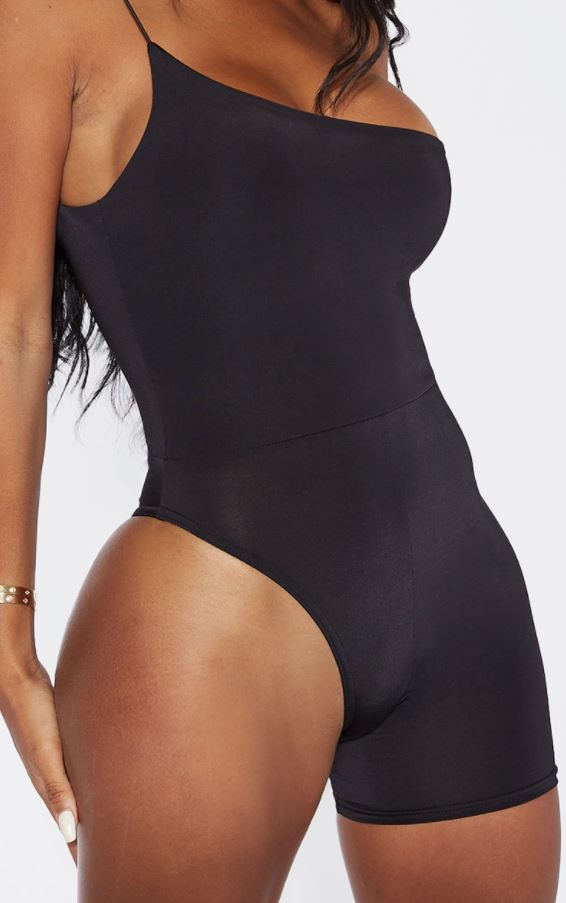 The unusual design feature one short leg and the other more of a bikini-styleCredit: Jam Press

One woman, Kara, shared the bizarre design on Twitter which has since garnered over 96,800 likes and almost 10,000 retweets.

She mocked: “Are we just running out of ideas or…? “

It wasn’t long before others shared their thoughts on the garment, with one adding: “This doesn’t even look comfortable at all”

A third teased: “They half a**ed this idea.”

While another joked: “One butt cheek to breathe and the other covered.” 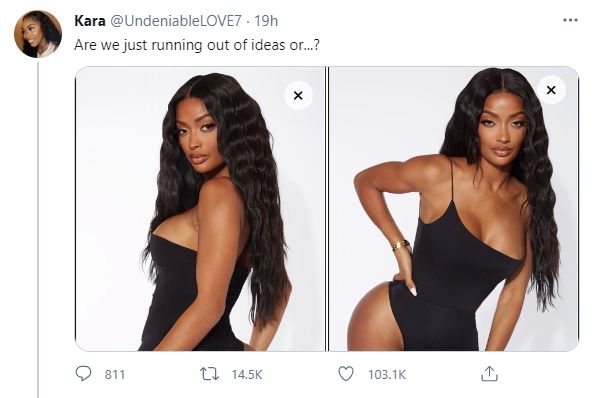 Twitter users were in hysterics and shared their thoughts onlineCredit: Jam Press

Another said: “The way I just actually laughed out loud though”

Despite the fashion site’s item description, some argued it is in fact supposed to be worn under a similar style dress.

“‘You put it on before stepping into your slinky LBD it’s not shape wear it just goes underneath garments that have no space for a bra or have risqué high split,” one explained.

Someone else added: “Its most likely shape wear or an undergarment for a dress with a super high split like this.”

It’s not the first time a PrettyLittleThing design has been mocked online though, as a shopper mocks a lace-up corset and asks ‘is there a secret pocket for my nipples?’

And PrettyLittleThing shopper left in hysterics after baggy smock dress makes her looks like ‘a sack of potatoes’.