Double standards. Paulina Porizkova has posted a handful of lingerie-clad photos to Instagram in 2021. If you ask Us, the 55-year-old looks absolutely amazing! But during the Friday, April 2, episode of The Tamron Hall Show, the model admitted that she’s  received a fair amount of “backlash” in response to her risqué posts.

For example, after posting a dimly-lit photo in a lacy bra and underwear, Porizkova’s comments section quickly exploded. While some commended the model for being “sex positive” and encouraged her to “own it,” others said things like, “You are far to desperate for attention.”

When asked about why the photo “struck a nerve with some people,” Porizkova was quick to point out that her age is a trigger. 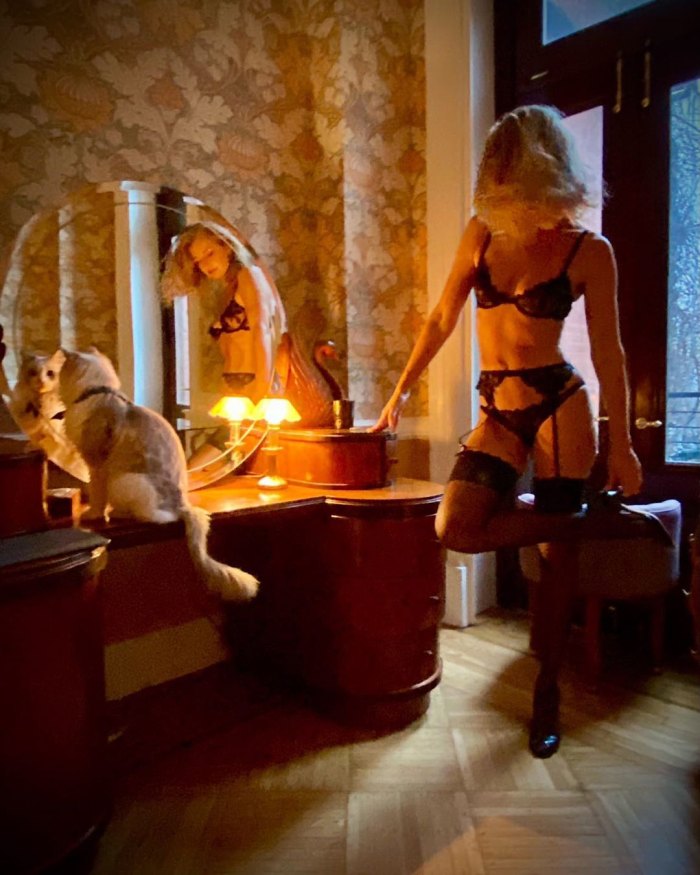 “In my 20s, I was celebrated for showing up in lingerie. I was getting a lot of money for it and everybody loved me,” Porizkova told Hall. “In my 50s, I still think I look pretty good in lingerie, but the reaction is reviled, obviously not by everybody … there’s a fair amount of backlash.”

The shift in people’s responses to her scantily-clad photo shoots came around her mid 40s. “I guess you don’t look fertile anymore, it’s a menopausal thing.”

The Sports Illustrated star has been quite candid about all things beauty with her followers, discussing topics like sex, aging and beauty treatments. She’s shared photos of her gray hair and posted handful of makeup-free pictures.

For example in March 2021 she shared an unfiltered selfie after receiving an anti-aging beauty treatment that left marks around her eyes.

“I’m keeping this strictly about physical looks — that’s the conversation here. We all know real beauty is so much more than that, but that muddies this specific conversation. And here is a shot of me after a plasma pen treatment — cause I’m vain and want to be pretty,” she captioned the post.

She continued to talk about her insecurities growing up and how society simply changed their definition of beauty. “When I was 14, and terribly bullied in school, I though it was because I was so ugly. That is what I was told. I was told I looked like a mouse, a plucked chicken, a drunken giraffe, and a dirty communist. All comments were made by girls.”

She adds: “A year later, at fifteen, I became a model in Paris, a model of what other women were supposed to aspire to look like. I wanted desperately to fit in. But soon I was rewarded for exactly the parts of me I though I hated. And that taught me an invaluable lesson. I hadn’t changed. People’s opinions had.”