Casual and chic! Pamela Anderson made a last-minute change to her wedding outfit before secretly exchanging vows with bodyguard Dan Hayhurst in December 2020.

“Before she chose to wear the final look, she was going wear champagne-colored silk pajama pants and top, high heels and a veil,” Anderson’s stylist Janet Ross tells Us Weekly exclusively. “But then [at the] last minute, she decided she wanted to be a beautiful princess bride.”

On Wednesday, January 27, the 53-year-old Baywatch actress shared photos of the event with the Daily Mail, showing off the corseted dress she wore when she tied the knot. Ross says “the ceremony was a surprise,” giving the team “about one week” to come up with the perfect bridal look.

“We had a tulle skirt from Joanna Delaney on hand that we had used for a photo shoot. And we got her a beautiful 1940s silk ribbon corset from Lace Embrace,” the fashion guru adds. “Her top is vintage. All was repurposed. And the Valentino veil was her own.” 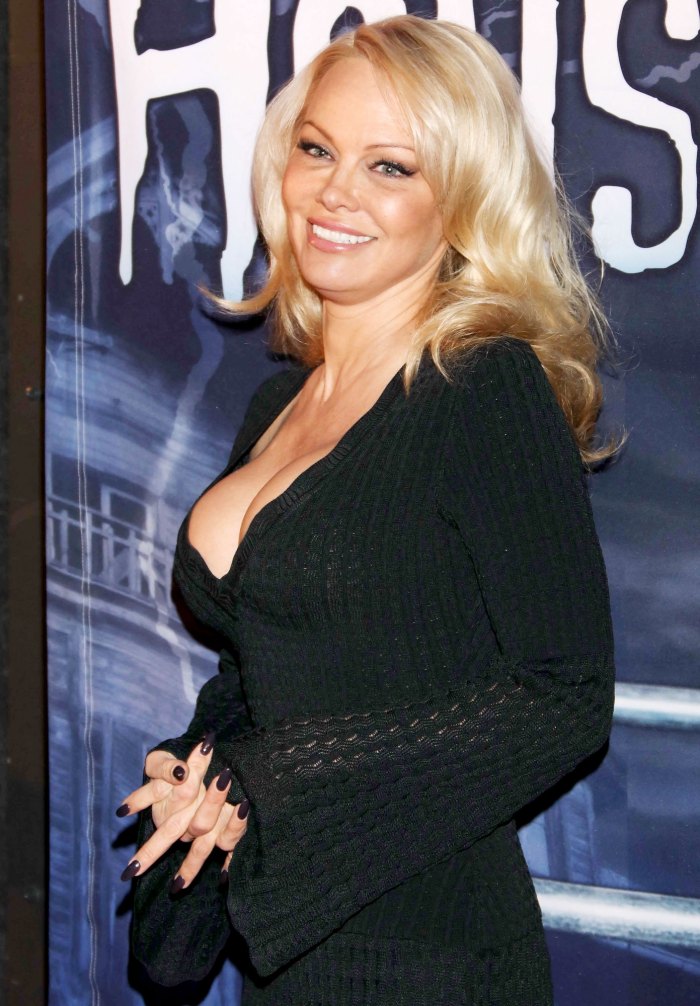 Anderson’s outfit pulled together a combination of white, cream and light-blue accents. According to Ross, the color palette was chosen because the Dancing With the Stars alum wanted “to represent the island and to respect the ocean.”

The ceremony took place on Christmas Eve in the backyard of Anderson’s home on Vancouver Island in Canada with a local pastor present to officiate. While detailing the romantic milestone to the Daily Mail, Anderson noted that the island has a special place in her heart.

“I was married on the property I bought from my grandparents 25 years ago. This is where my parents were married and they are still together. I feel like I’ve come full circle,” she told the outlet. “I think this romantic property has a lot of healing energy. I’m at peace here. It’s a big property, but a few people passing by could see the fairy-tale gown with the long Princess Diana veil dragging in the mud. Heaven.”

Anderson met her now-husband at the beginning of the coronavirus pandemic, and though they were quick to walk down the aisle, Ross tells Us that the newlyweds “are so in love.” Photographer Heather Ross — who helped make the vegan wedding cake, bridal bouquet and flower arrangements for the big day — describes the ceremony as a “magical winter wonderland.”

Months before her wedding to Hayhurst, Anderson was briefly married to Jon Peters. The pair split in January 2020 after less than two weeks. At the time, Us confirmed that the twosome didn’t get a marriage license and that the wedding wasn’t legally binding.

“We created a family over there”