Pamela Anderson was renowned for her leather corsets and Baywatch swimsuit (Picture: Getty/Metro.co.uk)

From Playboy centrefold to PETA activist, Pamela Anderson has cemented her place as a pop culture enigma.

A woman of multitudes, she’s known for her slow-motion Baywatch run as much as she is for her associations with Julian Assange, but one event still dominates public opinion; the infamous leaked sex tape showing Pam with then-husband Tommy Lee.

Despite the fact the recording, made on the couple’s honeymoon, had been stolen in a robbery, it was circulated widely and became infamous.

A new biopic coming to Disney+ next month aims to shed light on the situation – and hopefully reframe the narrative around Pam herself too. Pam & Tommy will see Lily James starring as the former Playmate, depicting how the media storm played out behind the sensationalism.

And alongside the conversations it’s starting around misogyny and consent, this renewed focus on Pamela Anderson has helped people realise just what an icon she is.

It’s also sparked a new fashion trend, pam-core, with people trying to recreate some of the bombshell’s best loved looks. 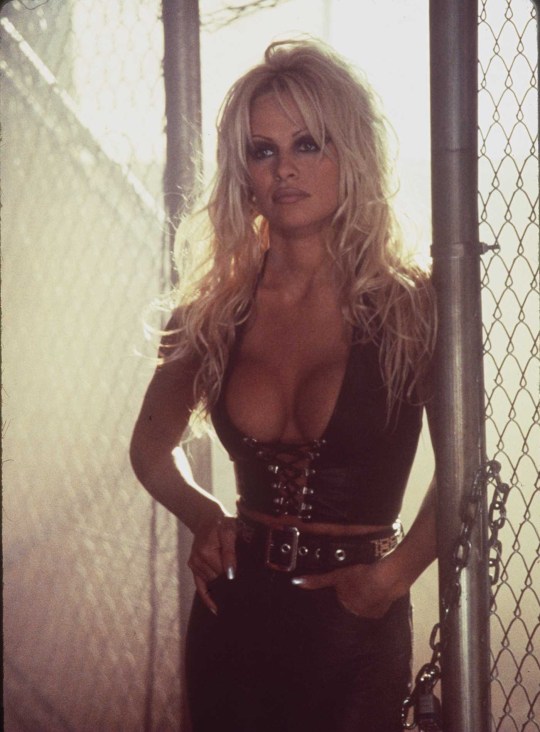 Pam’s signature piece is the black leather corset, like this one she wore in the film Barb Wire (Picture: Getty Images)

Explaining the aesthetic, an eBay spokesperson said: ‘Long before the world had Megan Fox and Machine Gun Kelly, there was Pam and Tommy – the ultimate 90s couple whose edge captured everyone’s attention.

If you want to channel the bombshell’s look, these items are a good place to start. In Pam’s peak-fame era, she was known for wearing leather and denim, so take inspiration from classic rock and Americana for a subtler nod. 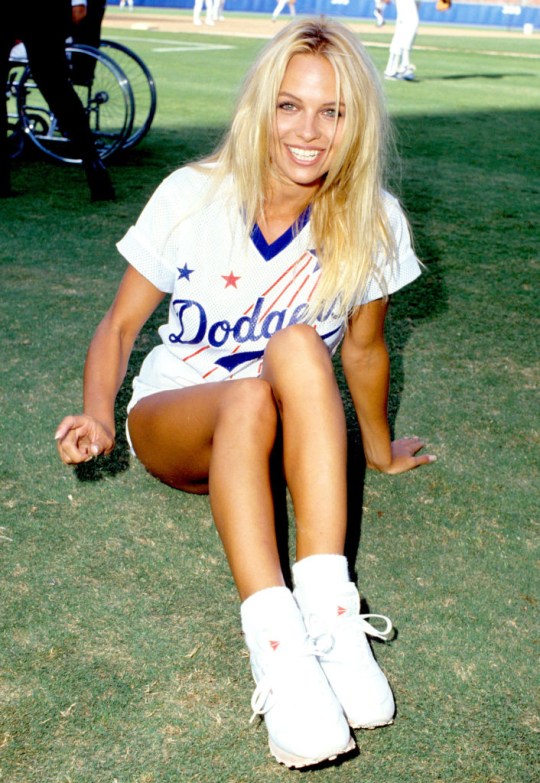 Her aesthetic switches from vixen to girl next door – it’s all about what makes you feel great (Picture: S. Granitz/WireImage)

Nailing Pam-core is also about leaning into your sexuality and what makes you feel powerful. The mum-of-two is unafraid to show off her body in tight-fitting or stereotypically provocative pieces when she wants to – after all, why should we be defined by our dress?

From Daisy Duke shorts to uber-femme accessories, feel free to throw outdated notions about ‘good taste’ out the window here. Pam-core is about being bold and embracing duality in fashion, not elitism and gatekeeping.

With that, we’ve picked out our favourite pieces on the UK high street that match Pam’s vibe perfectly, encapsulating her heavy metal Barbie style and paying homage to a misunderstood legend. 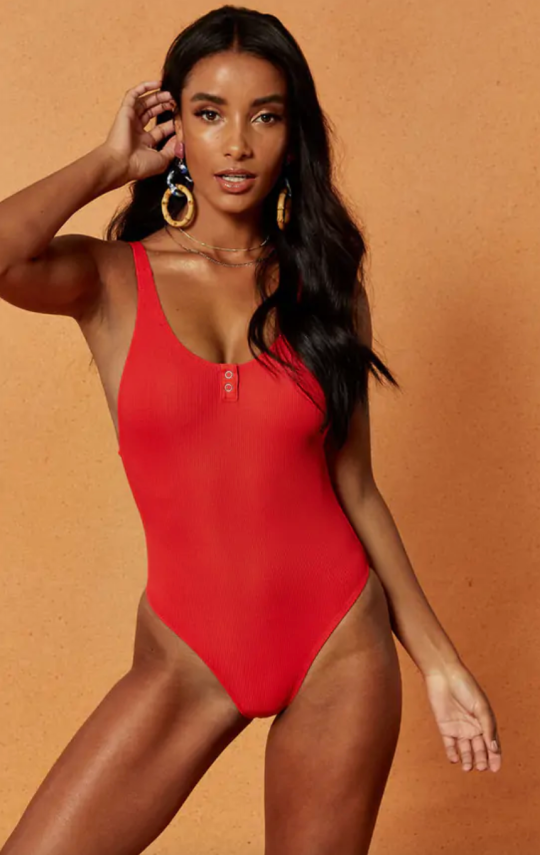 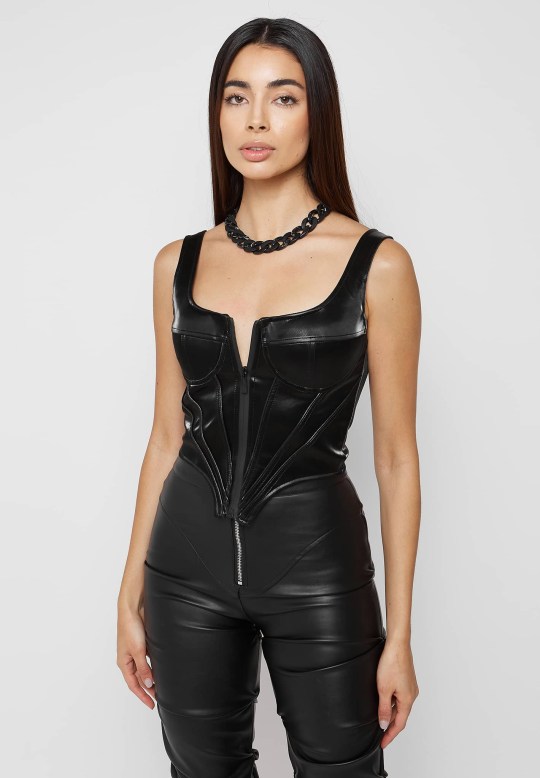 It wouldn’t be Pam-core without a badass corset (Picture: Maniere De Voir) 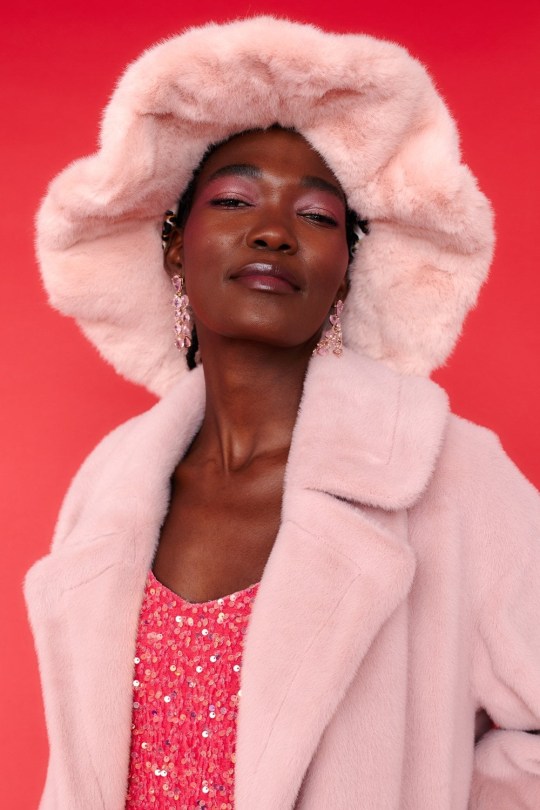 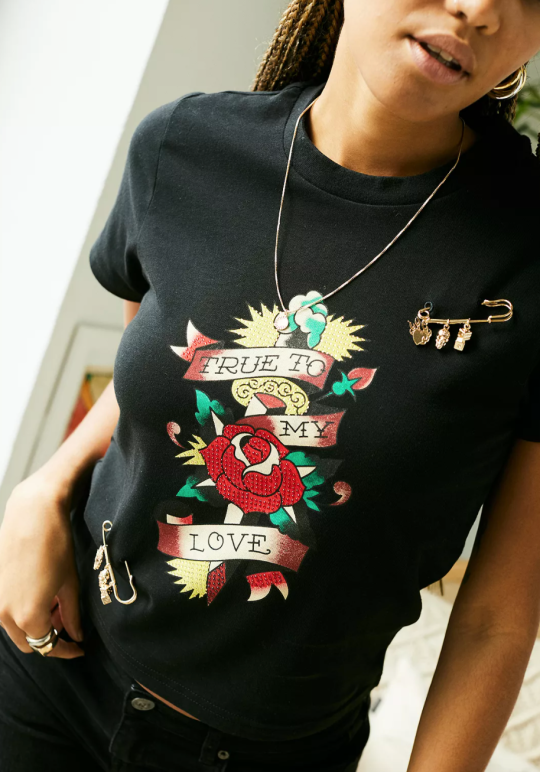 Buy for £40 from Urban Outfitters. 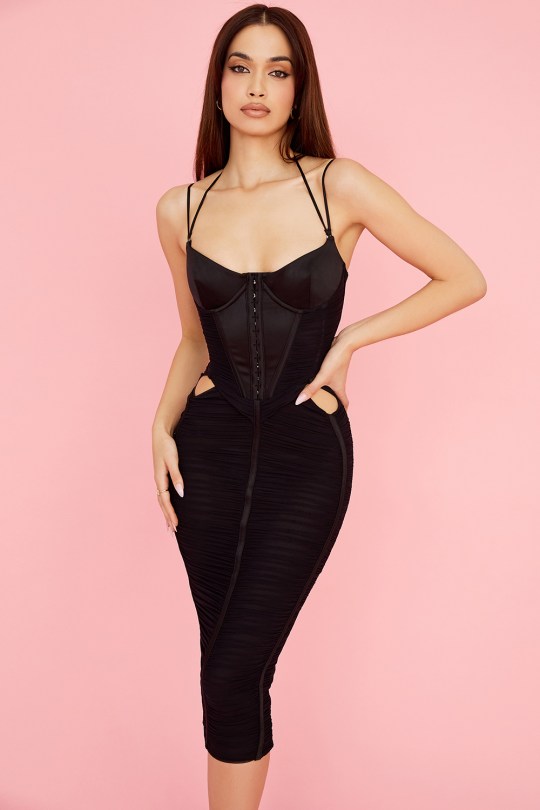 As did figure-hugging dresses that let the body do the talking (Picture: House of CB) 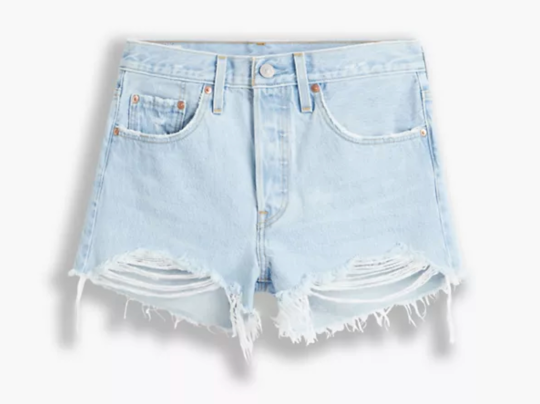 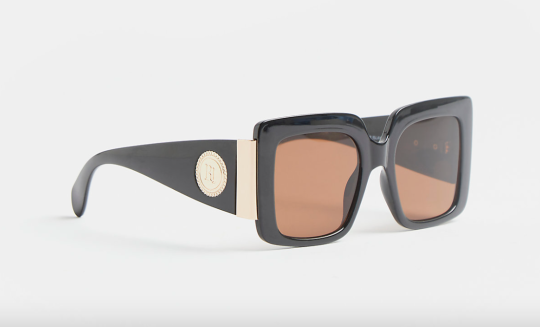 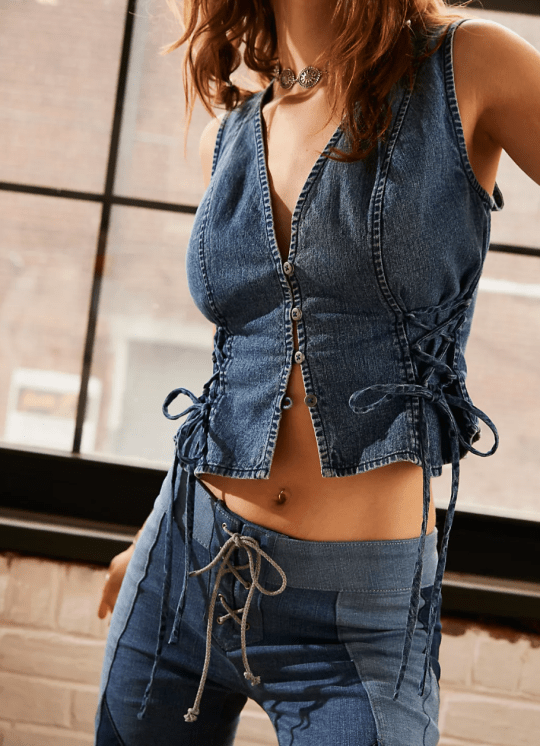 Heavy lacing, buttons, zips, and piping – not to mention double denim – is as 90s as they come (Picture: Free People) 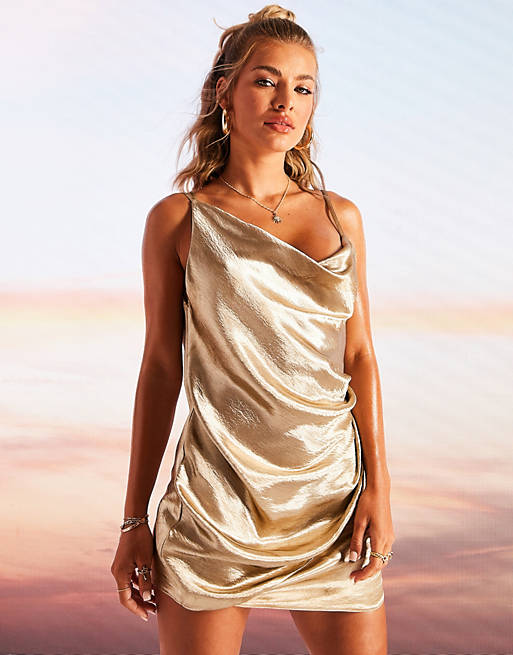 Wear these clothes, don’t let them wear you (Picture: Asos) 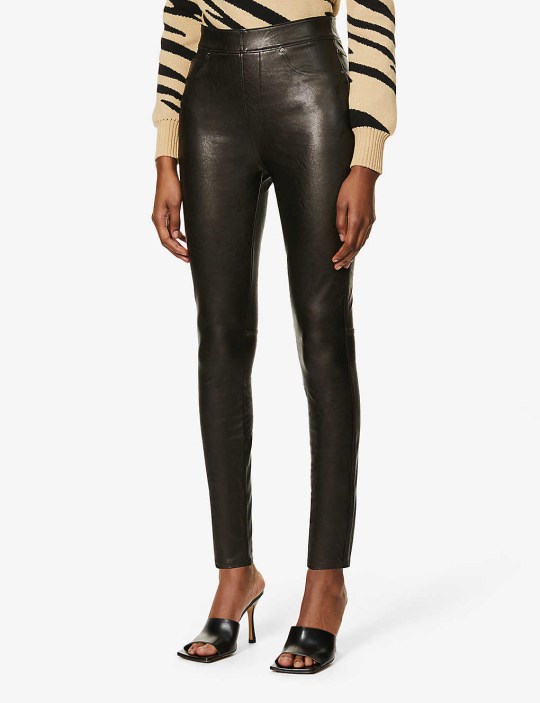 If you like to cover up but still want to get involved in the craze, Spanx’s faux leather leggings are flattering and can be taken from day to night (Picture: Selfridges)

Princess Sprint To The Stars Bag 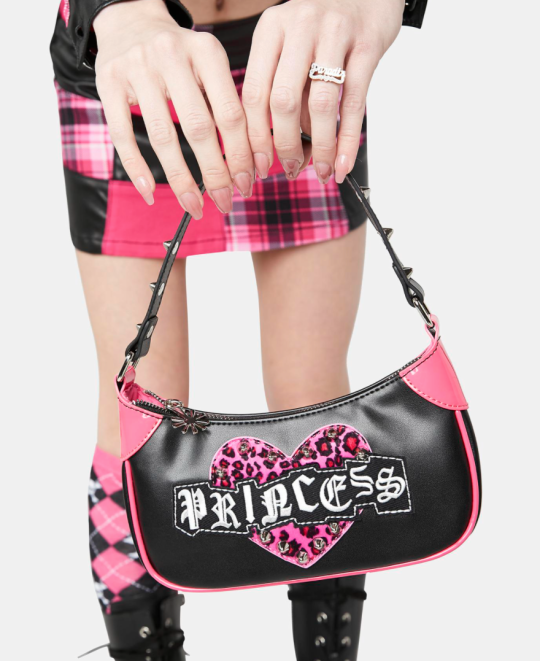 While the sunglasses back then may have been massive, the bags were tiny (Picture: Dolls Kill) 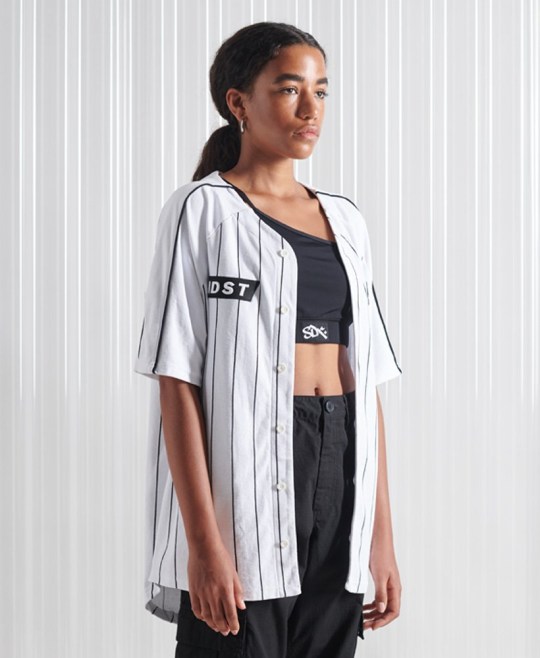