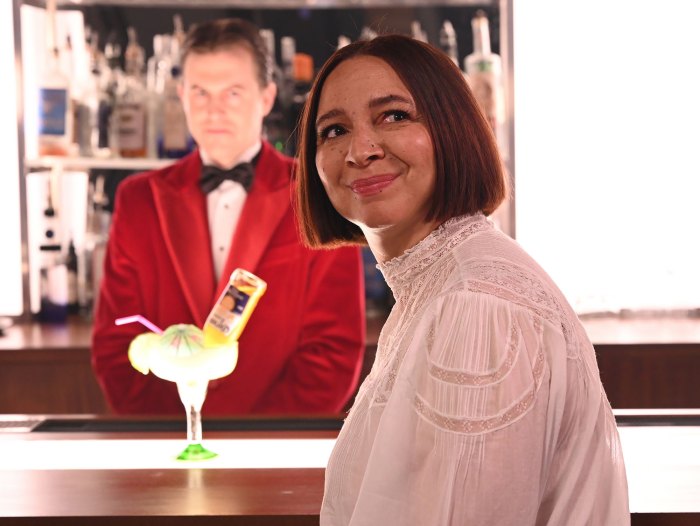 She’s back! Maya Rudolph made a return to the SNL stage on Saturday, March 27 to host her second show since leaving the cast in 2007 and she looked more gorgeous than ever.

While there were unquestionably loads of laughs, some killer impersonations (Beyoncé, is that you?) and quality song parodies, the 48-year-old actress’s insanely glowy skin is what has Us Weekly’s Stylish incapable of turning away from the TV screen.

To get the full beauty breakdown, from skincare to eyeshadow, we turned to Ruldoph’s makeup artist Daniel Martin. He tells Us in an exclusive interview that “sheer washes of rust, amber and rose on the eyes, lips and cheeks” were the color story for her look.

Any good makeup look starts with proper skin prep, so Martin reached for all Tatcha products.

When it came to getting the Bridesmaids actress’ complexion camera ready, the makeup pro who also works with Meghan Markle and Jessica Alba on the reg, Martin used Shiseido Synchro Skin Lifting Foundation and Sisley Paris Phyto-Cernes Eclat Concealer, which was then set with a mix of the new Tatcha Silk Powder and RCMA No Color Pressed Powder.

When it came to adding color to Ruldoph’s complexion, earth tones we’re definitely the way to go! The neutral colors looked perfect with each of her many outfits, including a gorgeous Saloni black gown with bow detailing which was worn for the opening sketch. 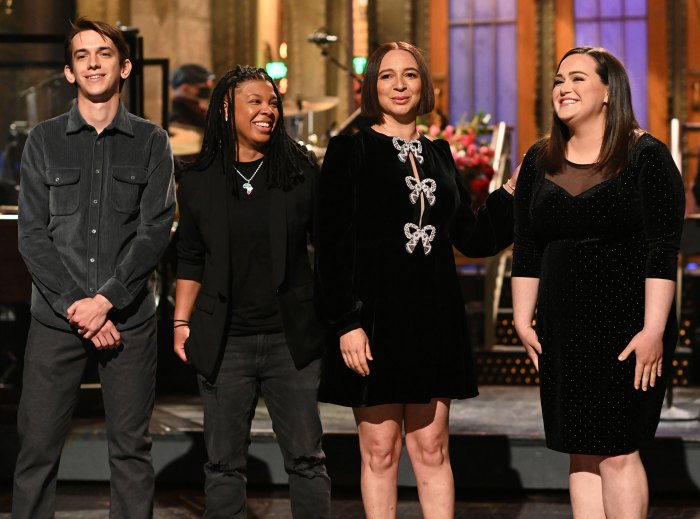 NARS Full Dimension Cheek Palette 1 was used to add a subtle flush to her cheeks. Then, Martin reached for one of our favorite multi-purpose products, the Live Tinted Hue Stick in Balance, which was applied to both the cheeks and eyes. Who doesn’t love a two-in-one?!

Obviously an on-screen appearance isn’t complete without a set of falsies, so it was Ardell Naked Lashes to the rescue. To amp up her eyes even more, Martin used Dior Diorshow Waterproof Mascara for extra length and volume.

The finishing touch? Dior Rouge Matte Lipstick in Hassard, which Martin says he “pressed and blotted as a stain.”

The subtle yet stunning makeup look carried Rudolph through many skits and sketches, as well as a handful of outfit changes. And while Rudolph dressed as Beyoncé and Kamala certainly get our stamp of approval, the fashion look that stole the show was one that paid tribute to her late mother, Minnie Riperton.

She wore a The Vampire’s Wife’s Love Letter Dress and a flower crown made of baby’s breath while sitting on a velvet chair. The look was a nice ode to Riperton’s Adventures in Paradise album cover.