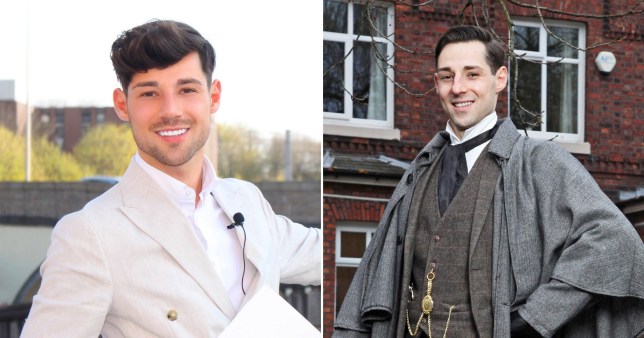 Michael has splashed out on a nose job and veneers and has a whole new style. (Picture: Caters News)

A millennial man who gained fame through living as though he were in the Victorian era has ditched his old lifestyle and embraced modernity.

The young Victorian era enthusiast has now become a ‘modern man’ after getting a nose job, veneers, a new wardrobe and hair cut.

Michael Koropisz, 25, loved the Victorian era so much that he would wear clothes from the 19th century and had filled his house with antiques.

The artist from Stockport, Manchester was so passionate about the period of history he used a vintage bicycle, wrote using a quill and ink and even refused to watch television. But that’s all changed now.

Michael has decided to shake off his historical past and instead step into the 21st century entertainment spotlight. He has spent more than £12,500 on his new appearance to help with this transition. 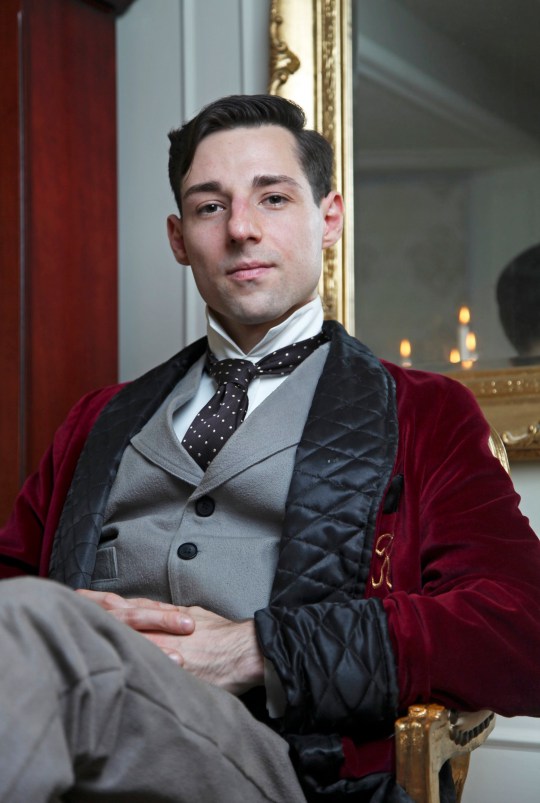 ‘I decided it was time for a change and I have had opportunities to explore a career in TV presenting which is a far cry from my previous job as a classical painter,’ says Michael.

‘I have had work done to my teeth and my nose. I want to look the best I can and to be presentable in the limelight.

‘I have always wanted to change my teeth and nose and now I am so happy with my appearance and this new direction my life is going in.’

The new hair is also a big change for Michael. He ditched his floppy cut and is now sporting a shorter, sharper look.

But while his top hat and 120 year old coats may be packed away, he hasn’t given away his old items. 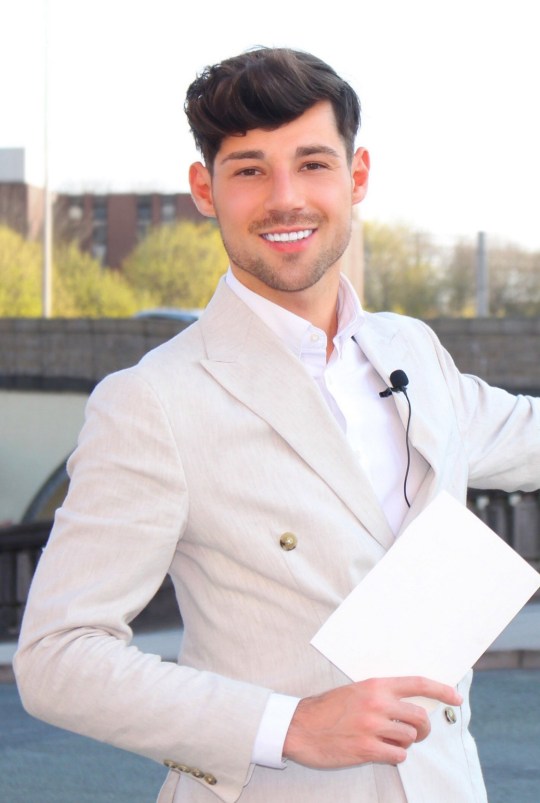 Michael now hopes to have a career in TV. (Picture: Michael Koropisz/Caters News)

‘I have bought a lot of new, modern day clothes. I really like Gucci and Armani but I haven’t got rid of my former favourites,’ he explains. ‘I will keep them for any formal occasions that require something a little more fancy than today’s fashion. I still love any excuse to wear a top hat.’

The big change in lifestyle was triggered when Michael’s painting of Coronation Street star Bill Roache was unveiled on live TV, and Michael realised how much he enjoyed being on air.

Michael has since been given a shot at presenting a specialist history segment.

‘I would love to be on TV more and I will be talking about history and that is my passion,’ he says. ‘It is a perfect blend of the two things I love and I can bring history into the modern day world.

‘I have trained as a teacher and I think this is the perfect way to share my specialist subject with other people and educate them, rather than just have them stare at my clothes in the street.’

Despite his new appearance, Michaels antique home furnishings haven’t changed – except for investing in a TV so he can watch his success.

‘I have kept all my household items, I adore the aesthetics of the Victorian period so even though I have modernised my appearance and my career choice – I still want my home to reflect my passion for the time and I have certainly not lost interest.,’ he says.

Michael isn’t packing away his paint brushes permanently but added: ‘I won’t stop but for now it won’t be my main focus.

‘I have been offered a TV role as a specialist presenter and this is something new that I want to prioritise.

‘I love art but it is a very lonely passion, I am hoping a TV career with give me the chance to meet more people.

‘I have got an agent and I am really excited for a future of TV opportunities. I have modernised my interests and exciting things are in the pipeline for me.’

‘Meghan Markle could be booed by public’ if she returns to UK after Oprah interview backlash, fear royal courtiers