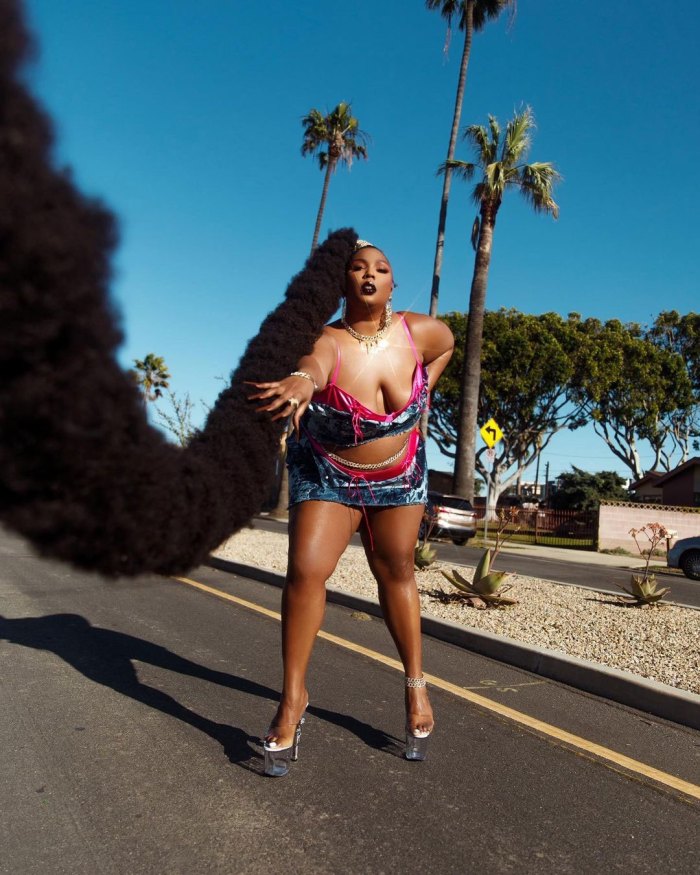 Lizzo is looking good as hell! The singer took to Instagram on February 24 to share photos from her backyard photo shoot aptly titled “NEW L.ZO MAGAZINE PRESENTS: 100% THAT B-TCH.”

In the series of sexy images, Lizzo is rocking an insanely long ponytail. “It took 40 extension to make,” Shelby Swain, Lizzo’s hairstylist, tells Stylish. “It had to be 9 feet. I bought a bunch of ponytail extensions in different kinds of hair to create the look.”

The ponytail, which was held together by a mere 4 hair ties, was strung together with wire and then attached to the singer’s head. “We had to hold it the whole time because it was long and dragging. It took two people to hold it up,” says Swain, who was the Creative Director for the entire shoot. “It never touched the ground. I didn’t want it to get dirty. There was a jump rope situation happening at one point though!” 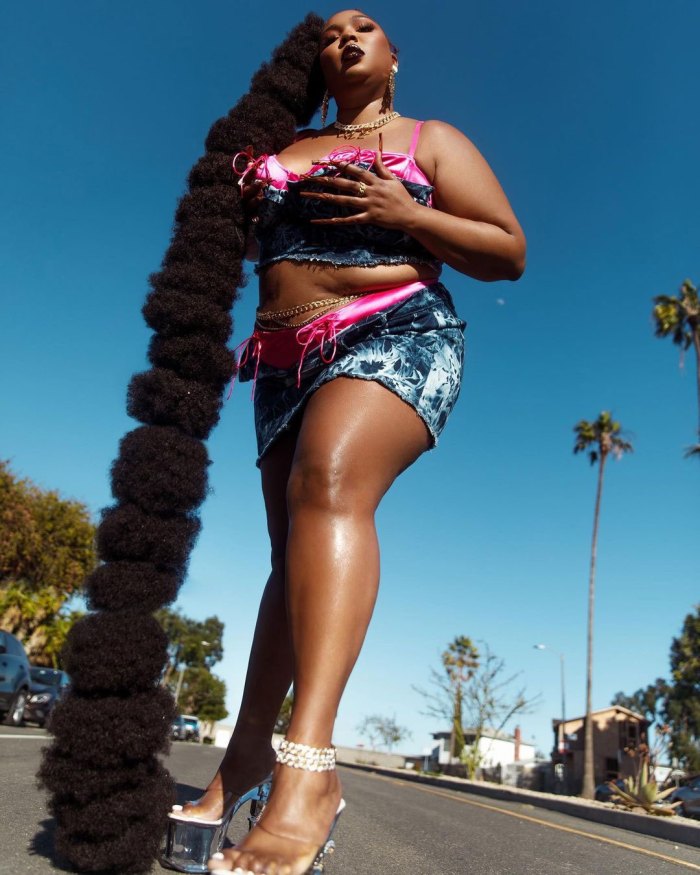 For the shoot, Lizzo wore a blue denim skirt and matching denim bando with silky pink undergarments peaking through. But it’s the bling that really takes center stage. The Juice singer wore a gold grill, a gold chain, star shaped ring and 100% That Bitch earrings. All the clothes were sourced from local designers.

As for the inspiration, Swain says the shoot was inspired part by boredom. “In a pandemic, I have much more time to be creative and be free. Lizzo has always spoken to me about trying to step out and do more shoots to show off her hair. So finally I was like, ‘Hey, you wanna do a shoot at my house?’ She came over and I had world’s ready for her,” says Swain, the Beyonce of BabyHair.

The other half of the inspiration came from none other than Dave Chapelle. “I wanted fashion, gold, diamond, blinged out vibe. I started thinking of Dave Chapelle’s documentary Rize—It was giving me that feel.”

While the pictures, which were taken by Bonnie Nichoalds, are extremely professional, the photos were not take on a set. Rather, it was a backyard photoshoot at Swain’s home. 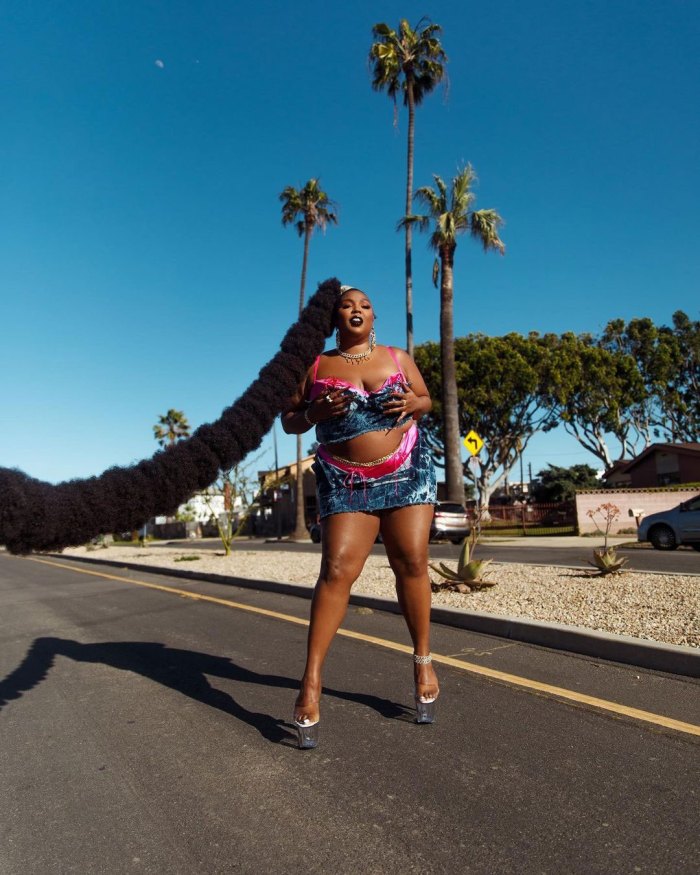 Lizzo posted another series of images on February 25, wearing a Gucci bustier. But we’re here to tell you this isn’t the last you’ll be seeing of the impromptu shoot. According to Swain, the team whipped up 5 looks in total so stay tuned for what we can only imagine are more iconic looks.