On Tuesday, June 14, the “Truth Hurts” singer, 34, unveiled her bold new look via Instagram. In a carousel of photos and videos, Lizzo showed off her vibrant fuchsia look, which was styled in bouncy curls. In the first shot, Lizzo flashed a sultry face at the camera before she whipped her mane back and forth in a corresponding video. To match the fresh hairdo, Lizzo wore a pink lip, blush and a trendy cat eye. She also sported a graffiti-adorned T-shirt. The Grammy Award-winner simply captioned the post using three pink heart emojis.

This wouldn’t be the first time the Michigan native has colored her tresses. In 2019, she debuted purple hair. In addition to different hues, Lizzo plays around with lengths and textures. She’s been known to rock braids, goddess locks, waist-length wigs, afros, high ponytails and more.

And when it comes to her wardrobe, the musician doesn’t shy away from making statements in that department too. At the 2022 Met Gala on May 2, Lizzo was a showstopper in a black corset dress teamed with a gold-embroidered coat by Thom Browne. 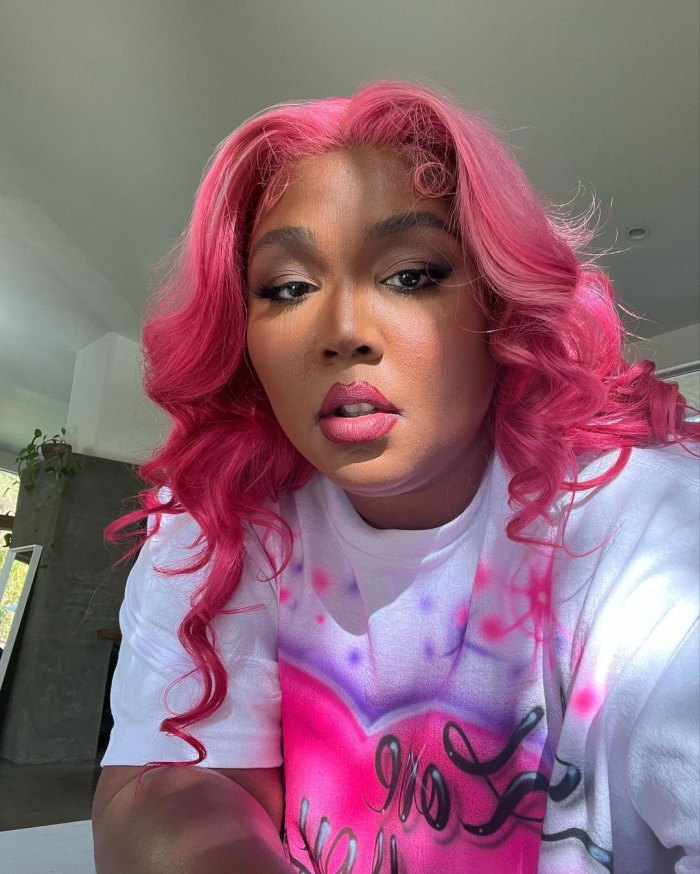 Her most recent hair change comes after the singer found herself in hot water over one of her songs. In a statement issued via social media on Tuesday, June 14, Lizzo apologized after it was brought to her attention that the term “spaz,” which was featured in her song “GRRRLS,” was a “harmful” and offensive slur to the people with disabilities. The singer had been called out by various fans on Twitter.

“Let me make one thing clear: I never want to promote derogatory language,” she began. “As a fat Black woman in America, I’ve had many hurtful words used against me so I overstand the power words can have (whether intentionally or in my case, unintentionally). I’m proud to say there’s a new version of ‘Grrrls’ with a lyric change.”

Lizzo added: This is the result of me listening and taking action. As an influential artist I’m dedicated to being part of the change I’ve been waiting to see in the world. Xoxo, Lizzo.” The edited version replaced the lyric with “hold me back.”