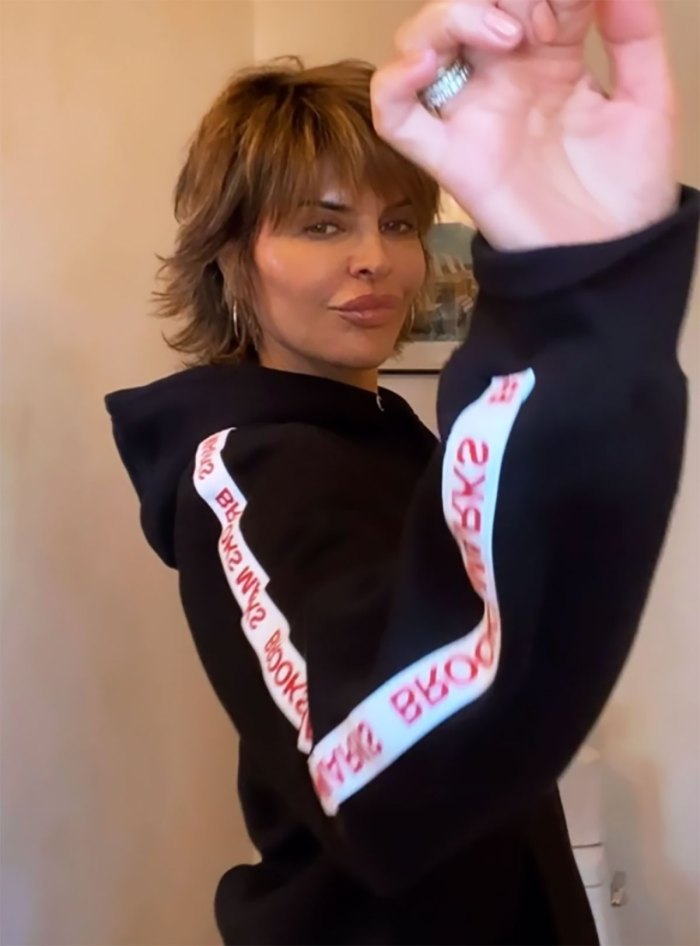 What did she wear, you ask? A Brooks Marks Park City Fashion Week sweatpants and matching hoodie, which was sent to her by Real Housewives of Salt Lake City star Meredith Marks and Marks’ 21-year-old son, Brooks.

Dressed in the black sweatsuit with monogrammed trimming down the sleeves, Rinna set up shop in her bathroom. After positioning her camera and pressing play on RuPaul’s “Rock It (To the Moon),” the Rinna Beauty founder started bopping away in her trendy tracksuit.

Rinna captioned the post, “Thank you @brooksmarks and @meredithmarks I LOVE THIS SWEATSUIT!!!! Thank you for sending it to me!!!!”

Brooks, who launched his namesake clothing brand at Park City Fashion Week in 2019, gave viewers a glimpse of his foray into fashion during the first season of The Real Housewives of Salt Lake City.

Brooks was quick to thank Rinna for her support, commenting, “Legendary omg” and “Thank u for supporting & repping the set.” The fan-favorite reality star also shared the IGTV to his Instagram Stories with a fire and heart emoji. 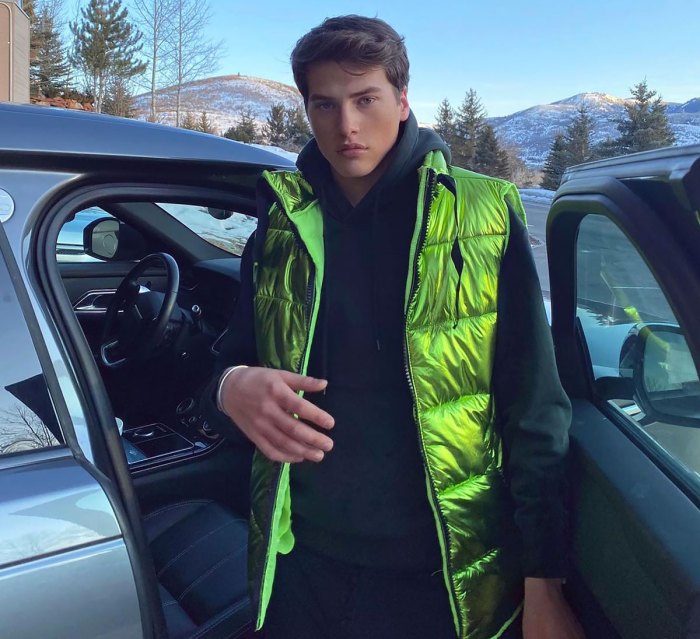 Obviously Brooks was not the only person to comment on this Housewives mashup. RHOSLC stars Lisa Barlow and Heather Gay chimed in with their approval, as well as Selling Sunset star Christine Quinn. Evan Ross Katz, the host of Shut Up Evan, also wrote, “THE COLLAB OF THE SEASON TO BE QUITE HONEST!!!”

Some fans even challenged Rinna to take the crossover a bit further, recommending the star “make Meredith put on a duster,” referencing Rinna’s brand, Lisa Rinna Collection, which is available on QVC.

Rinna isn’t the only Bravoleb to rock a Brooks Marks original. Andy Cohen sported the tracksuit for an episode of Watch What Happens Live in February 2021. Jen Shah, who has since been indicted for her alleged role in a long-running telemarketing scheme, also wore the outfit during season 1 of Real Housewives of Salt Lake City.

Leslie Jones on the Crown Act and Black Hair Discrimination

Seashell inspired fashion is back, but this time it’s grown-up