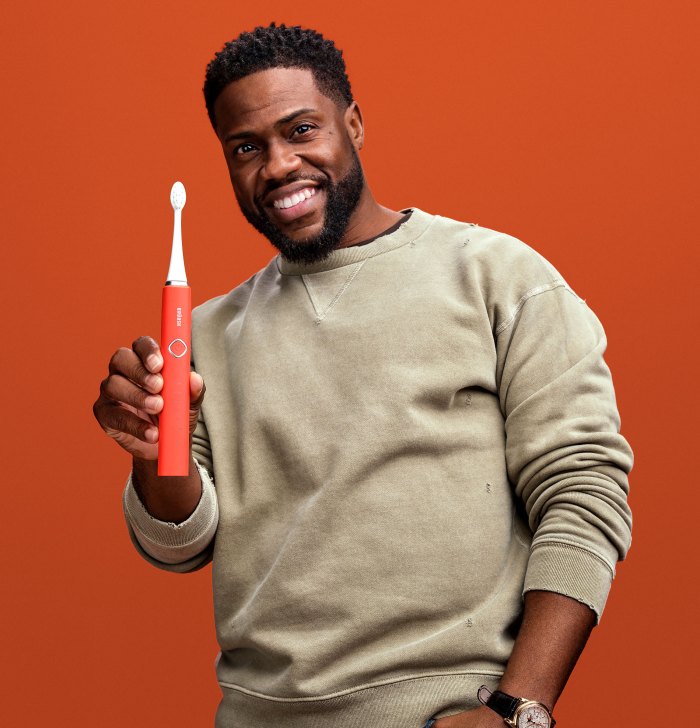 An ideal partnership! Kevin Hart teamed up with Brüush Oral Care to function an investor and collaborator. Together with his pearly white smile and the toothbrush’s smooth designs, it’s a match made in heaven!

On Monday, November 23, the corporate introduced their new collaboration with the 41-year-old comic simply in time for the vacation season.

“I beloved Brüush from the primary time I attempted it,” Hart stated in a press release. “Our partnership makes plenty of sense given we each are obsessive about smiles, the whole lot about it feels pure and genuine.”

Working with founder Aneil Manhas, he defined that they got here up with new ideas that can assist push the model ahead. “Aneil and the staff inspired me to lean into my model of humor by way of the artistic,” he continued. “Collectively, we’re going to take Brüush to the subsequent stage of progress and break a number of the norms of the class whereas we’re at it.”

To kick off the collaboration, Hart seems in a holiday campaign video. Within the mini episode, the Jumanji: Welcome to the Jungle star declares that he’s gifting everybody in his household an electrical toothbrush from Brüush. Even his dad, who he jokes has no enamel. “However he’s acquired gums! You’re gonna get a Bruush!”

That is simply the primary of many hilarious campaigns to come back all through the remainder of the yr and into 2021.

“We couldn’t dream of a greater associate than Kevin,” Manhas stated. “We imagine the model’s tales are greatest informed by way of smiles and Kevin makes individuals smile like no different. He’s genuinely invested in our model and collectively we are going to speed up its potential. He’s utterly aligned with our mission to disrupt the oral care trade in North America – we’re excited and humbled to carry him aboard as a strategic investor and associate.”

Hear on Spotify to Get Tressed With Us to get the main points of each hair love affair in Hollywood, from the hits and misses on the crimson carpet to your favourite celebrities’ avenue model ‘dos (and don’ts!)