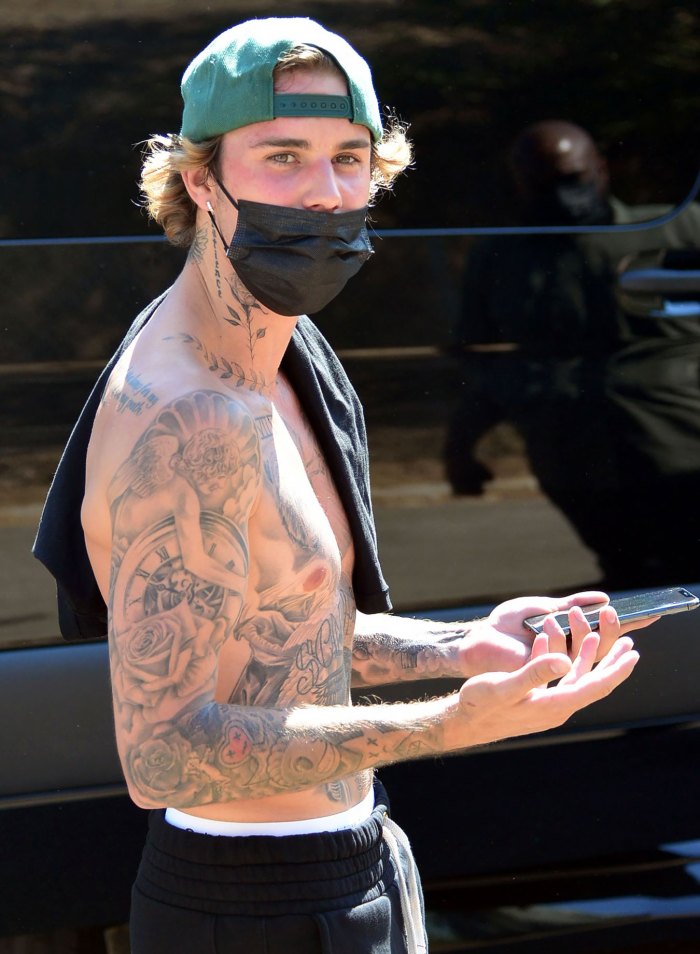 Getting deep! Justin Bieber, who has tattoos all over his body, opened about exactly what inspired his ink in an interview with Vogue from March 22.

The “Justice” singer has a handful of designs to reflect his journey in the music world, including a “Purpose” tattoo on his chest. But aside from the more obvious ink, there are few tats on his body with a more sentimental meaning.

He shares that his Lion tattoo, which is placed on the upper left side of his chest symbolizes “being bold, courageous, strong!” He adds that the ink, which was done by tattoo artist Bang Bang, also represents “having a heart of a lion.”

The 27-year-old star and his wife, Hailey Bieber, are animal lovers at heart, with 3 rescue pups at home. So it should come as no surprise that he has a few other wildlife-inspired tattoos, including a bird on his neck.

“I also love the bird on my neck that I got from Dr. Woo. It’s a reminder to use the gifts God has given me and give it all I have — to fly above all of the bullshit,” he tells the outlet.

Bieber also got a cross on the middle of his chest as a nod to his faith. It’s “a reminder of what Jesus endured to rectify all that was broken,” the “Sorry” singer says.

Perhaps the most meaningful work of art on Bieber’s body though is the rose on his neck. He explain that it “reminds me that even though I’m flawed, beauty shines even through our rough edges.”

As part of the interview, Bieber also posed for a series of photos by photographer Joe Termini to put his ink on full display. For the shoot, he wore an unbuttoned flannel and jeans.

While the singer has a symbolic meaning for most of his tattoos, his wife Hailey can’t necessarily say the same.

In fact, she recently said she regrets getting a handgun drawn on her middle finger. “I think at 18, I was like, ‘Yea! That looks cool.’ But now, as a 24-year-old, I would never do that. I think guns are violent,” Bieber told Elle in an interview.

She initially got the ink back in 2015. “Tbh I don’t know why I have this tattoo … just another story to tell lol. It is what it is,” she captioned her Instagram post debuting her ink at the time.

The Hot List: This week’s fashion and beauty launches you need to know about