From stiletto Crocs to £1,000 bags that look like the old Tesco carriers, there’s truly never a dull moment with this luxury fashion house.

Now, it seems they’ve captured the public’s attention once again – this time by styling looks that seem tailor-made for anyone who’s got a flight to catch and only one carry-on to their name.

Balenciaga – popular with the likes of Kim Kardashian, Justin Bieber and Jack Grealish – has crafted ensembles for the Gram in which they’ve put models in layer upon layer, upon layer of clothes.

In a series of four images, all captioned ‘All Or Nothing by Raphael Bliss’, one of the four models carries four bags, and we can see at least six different fabrics draped across her.

Another image shows a model wearing trousers and a leather jacket underneath what can only be described as a cape of layers comprised of a number of jackets, jumpers and hoodies too high to count. 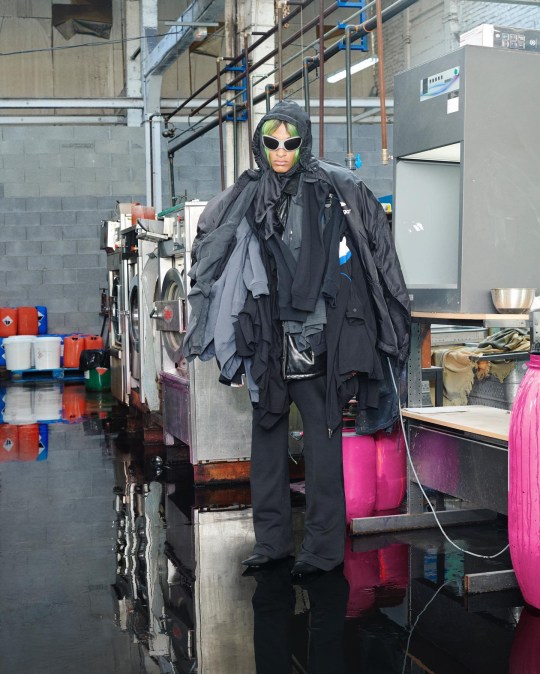 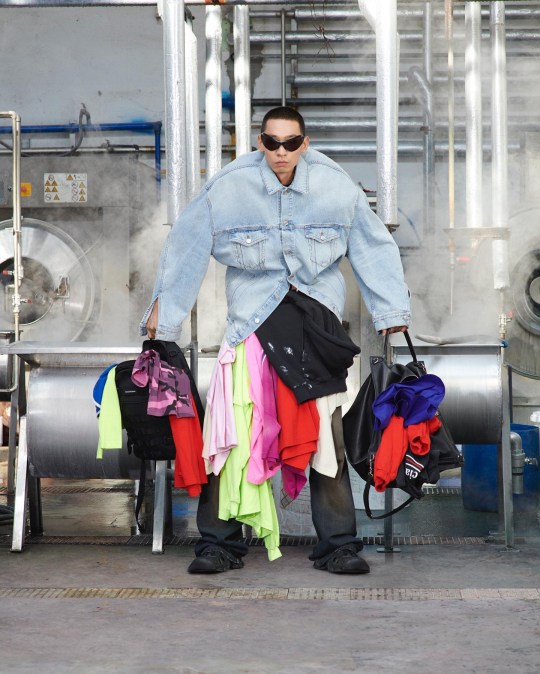 We feel particularly bad for a third model, who looks as if he could be hunching under the weight of all the clothes bursting out from under not only the jacket he’s wearing but from the two bags he’s holding as well.

The reaction on social media has been fairly… mixed.

One photo, showing a model wearing three pairs of trousers but otherwise looking much more mono-layered, has received approving comments like: ‘Top Balenciaga’, and ‘I like those Balenciagas’ – seemingly referencing Cardi B’s ‘I Like It’.

However, under other pictures of more heavily-laden models, people are drawing comparisons between the looks and Joey from Friends wearing all of Chandler’s clothes in an act of amusing revenge.

One commenter wrote: ‘Joey Tribbiani wore it better’, while another said: ‘It’s me travelling with carry-on only.’

Under the picture of the model wearing the layer cape, the top comment reads: ‘The chair in my bedroom be like’.

Someone else wrote: ‘Man’s not hot,’ evidently referencing the beloved Big Shaq track.

Michael Stipe opens up about ‘Losing My Religion’ lyric change

Amal Clooney Wows in a Flapper Dress at the Albie Awards

Everything to Know About Theme and More

I got the best Shein haul including a £5.99 tee which I’ve worn a ‘million times already’