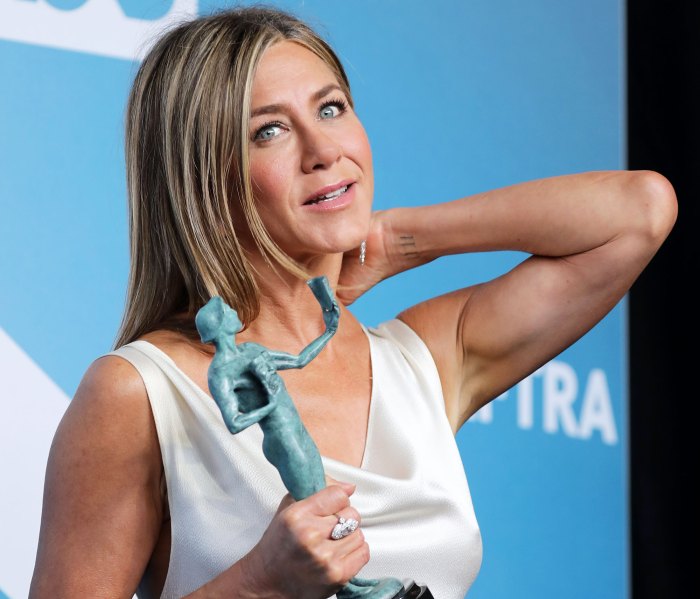 Make a wish! Jennifer Aniston took to Instagram on March 4 to share a sweet birthday tribute to her best friend of 37 years, Andrea Bendewald. It’s in this series of pictures that the 52-year-old Friends actress reveals a hidden clue about the meaning behind her ’11 11’ wrist tattoo, which was first spotted in 2018.

Aniston kicks off the series of throwback pictures with a black and white snap of herself and Bendewald, 51. And judging by their bangs and vintage jean jackets, the photo predates the star’s Rachel Greene days.

“Happy birthday to my forever sister from another mister @andreabendewald … 37 years and counting. And the best is yet to come,” Aniston writes with a red heart and party emoji. 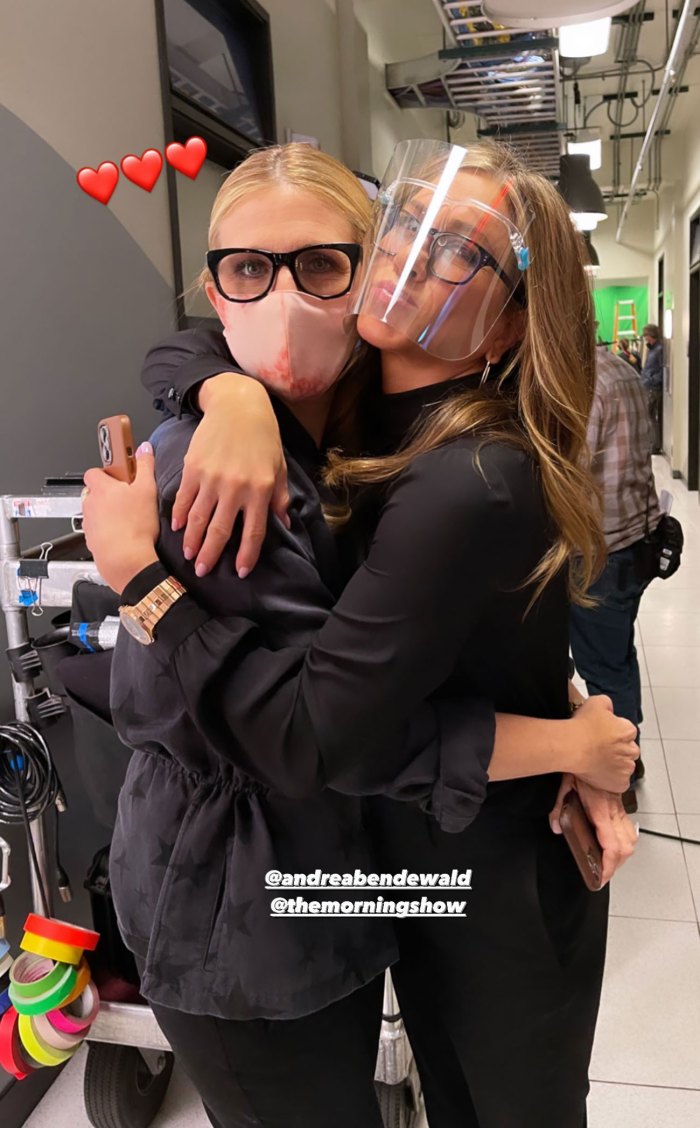 After tapping through a few more photos, including one on set at The Morning Show, Aniston concludes the birthday tribute with a repost from Bendewald’s Instagram page, featuring the pairs side-by-side ’11 11’ wrist tattoos.

Aniston has flashed her tattoo on multiple red carpets and even during an interview with Lisa Kudrow in June 2020, but the meaning behind her design has been left to speculation. The most common assumption was that it was reference to the Just Go With It star’s birthday, which is on February 11. 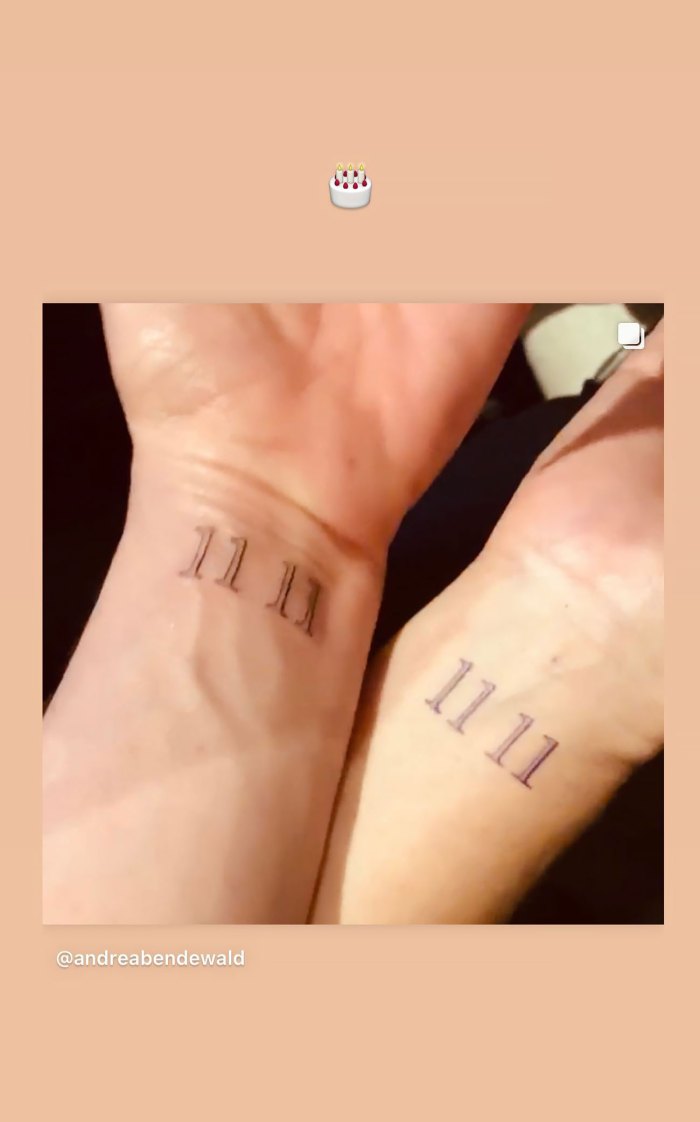 And a after a quick trip to Bendewald’s profile, it seems there may be some truth to the rumors. In a birthday caption to her Aquarius friend, the Suddenly Susan actress writes, “Happy Birthday Jen! ???You are the best-est, most beautiful, talented, big hearted, kind and FUNNY woman on the planet! Here’s to YOU on your BIG day … Can’t wait to celebrate and make more magical wishes! 11:11✨?✨”

While the wrist tattoo remains the most mysterious, Aniston also has another tattoo which she received in 2011. To honor Norman, her Welsh corgi-terrier mix who passed away after years, the actress got the pooch’s name inked on the underside of her right foot.

That’s not the only foot tattoo linked to Aniston though. Whitney Cummings got the phrase ‘I ❤ J’ tattooed on her foot to give a little nod to the Horrible Bosses actress. The tattoo was given to Cummings by influencer Hannah Stocking, who has 18.8 million followers on Instagram, during an episode of Cumming’s Good For You podcast, which aired on March 4.

“I’m fully getting an ‘I love Jennifer Aniston’ tattoo. This is so dumb and I’m so into it … Jen’s gonna see this.”