KIM Kardashian’s viral Skims bodysuits are hit or miss for people when it comes to size, cut, and silhouette.

Fashion content creator Logan Spain has shared her eager try-on of the famous Skims Sculpting Bodysuit – but found that there were issues with the sizing and cut. 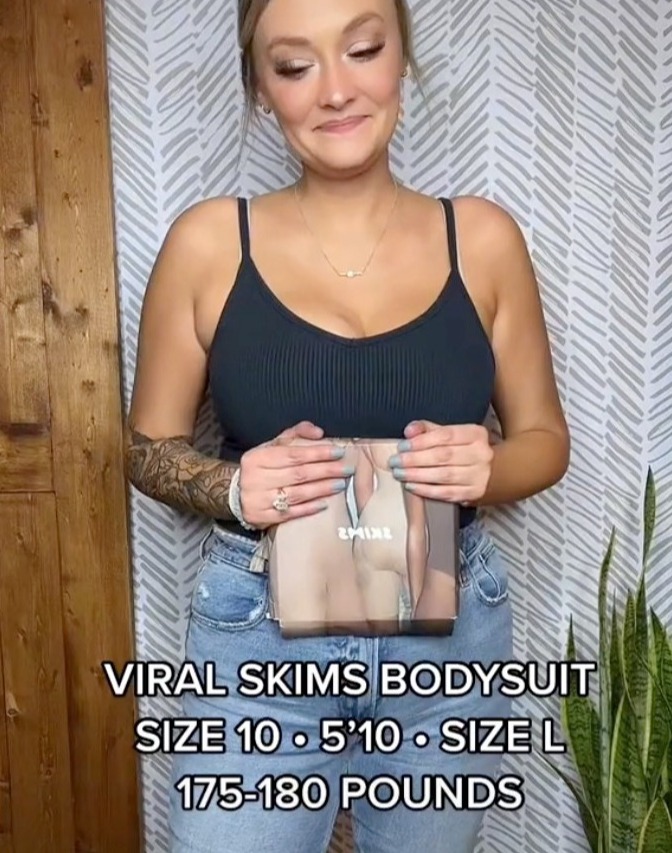 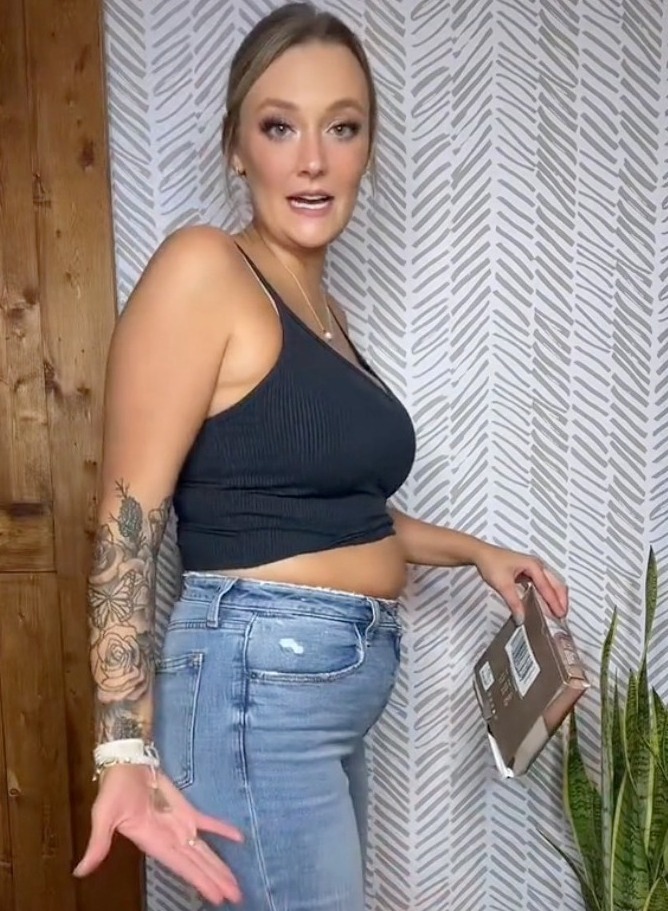 She showed off her bloated stomach before trying on the Skims bodysuitCredit: TikTok/moreclothesthansense

In the beginning of her TikTok video, Logan displayed her midsize dimensions and clothing sizes. She wrote that she typically wears a size 10 or large, is 5’10” tall, and weighs around 180 pounds.

“So, I did it. I got the bodysuit guys,” Logan excitedly said.

“I went ahead and put on a regular black tank so that way you guys can get the full effect,” she said.

“I am bloated right now,” she disclosed, adding: “My tum tum is literally hanging over the side of my pants because I’m so bloated.” 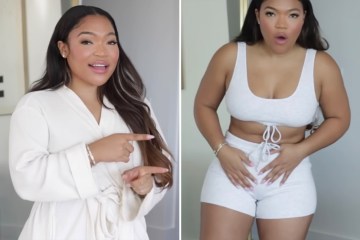 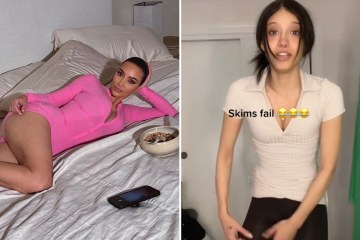 She showed off her front and side profile while she rubbed her exposed stomach and pointed out that the zipper area of her jeans was tugging.

“So I got the Onyx color and I got the small to medium [size], which let’s be honest, probably was a really really bad idea,” Logan said of the Skims bodysuit.

“This is probably a bad idea … but I thought the large to extra large [size] would probably be too big.” she added.

The video cut to Logan wearing the bodysuit under her jeans. She looked pretty impressed while she showed it off.

Her stomach from her side profile was drastically more flat under the waistband of her jeans.

“I went ahead and took my bra off because everybody said you could wear it without a bra and it’ll still support you,” she said, adding: “I definitely do feel like I have support.” 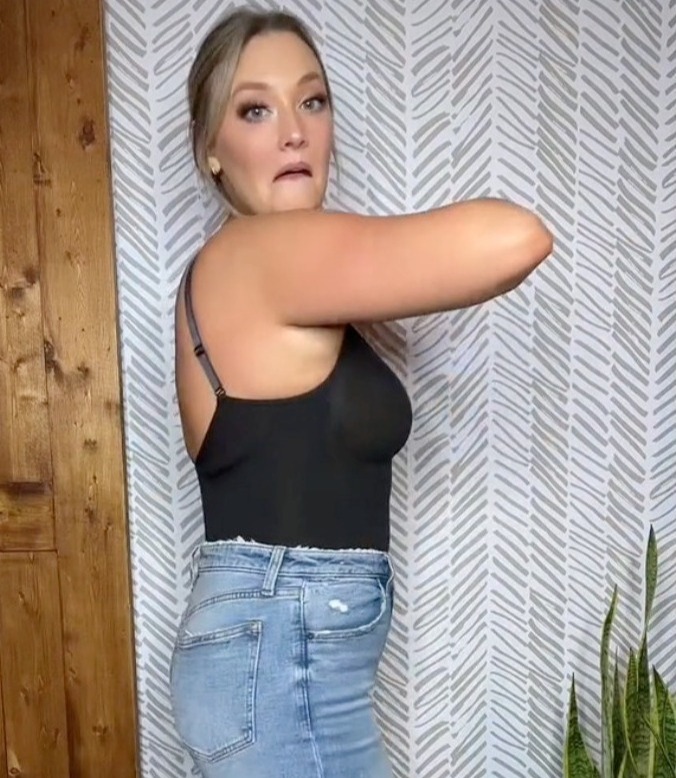 With the bodysuit on, her stomach was much flatter under her jeansCredit: TikTok/moreclothesthansense

“One thing I will say … it was a struggle to put on,” Logan revealed.

“Because it all kinda just rolled up into one little tiny very thin roll,” she said while reenacting the rolled-up fabric.

She added: “So, trying to get it over my boobs was the most difficult thing ever. Like I’m out of breath because it was so hard to do.”

“But it looks good with jeans. If you’re gonna wear this with a top, then yeah, it’s giving what it needs to give,” Logan declared.

Logan changed into a black tank dress over the bodysuit.

While she admitted that it made her waist look smaller and helped flatten her stomach, she had an issue with the cut. 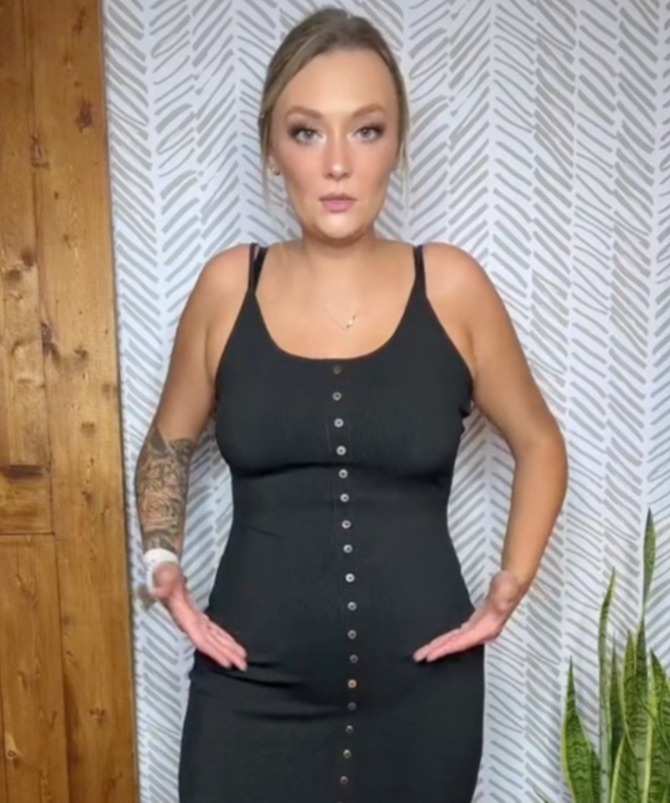 Logan pointed out that the bodysuit seams were visible and bumpy under her dressCredit: TikTok/moreclothesthansense

“It accentuates this area right here where the bodysuit ends,” she said.

She pointed out the bodysuit’s leg seams showing through the dress and how it emphasized her hip divots rather than smoothing them.

“I saw somebody else talking about this too,” she shared, saying that the person bought the correct size and still had this problem.

“So, if you’re gonna wear it with a dress, I don’t think it’s gonna work,” Logan bluntly said.

She wrote in the comments section: “I mean it’s great to wear with jeans but idk it’s shapewear so I feel like I should be able to wear it with a dress and it still smooth me out.”

Logan’s followers praised her honest review, with one writing: “Finally someone showing this, it was my biggest concern, THANK YOU.”

Others suggested that she try an Amazon dupe or the Skims bodysuit style with shorts.

Logan shared her hesitancy, responding: “I feel like it would be a nightmare going to the bathroom every time though!” 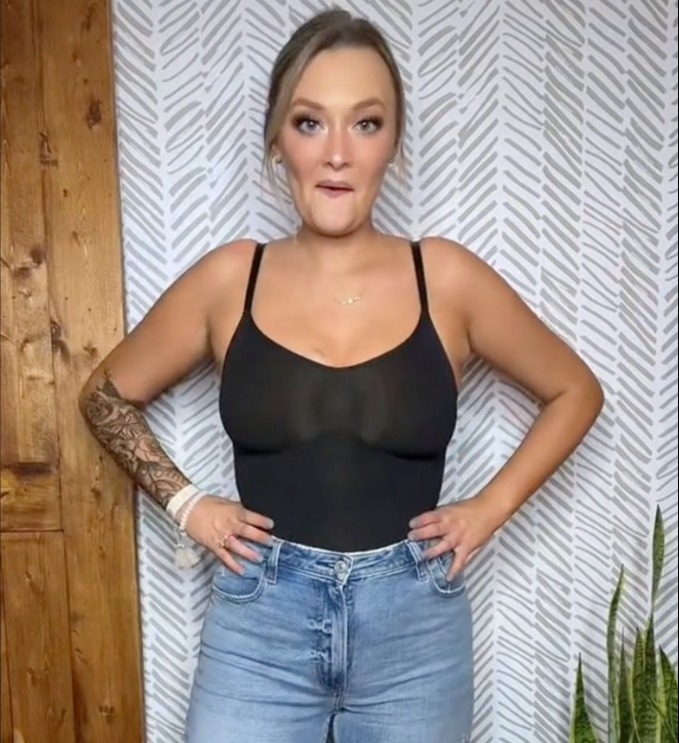 Although it was difficult to put on, Logan saw slimming results with this bodysuitCredit: TikTok/moreclothesthansense 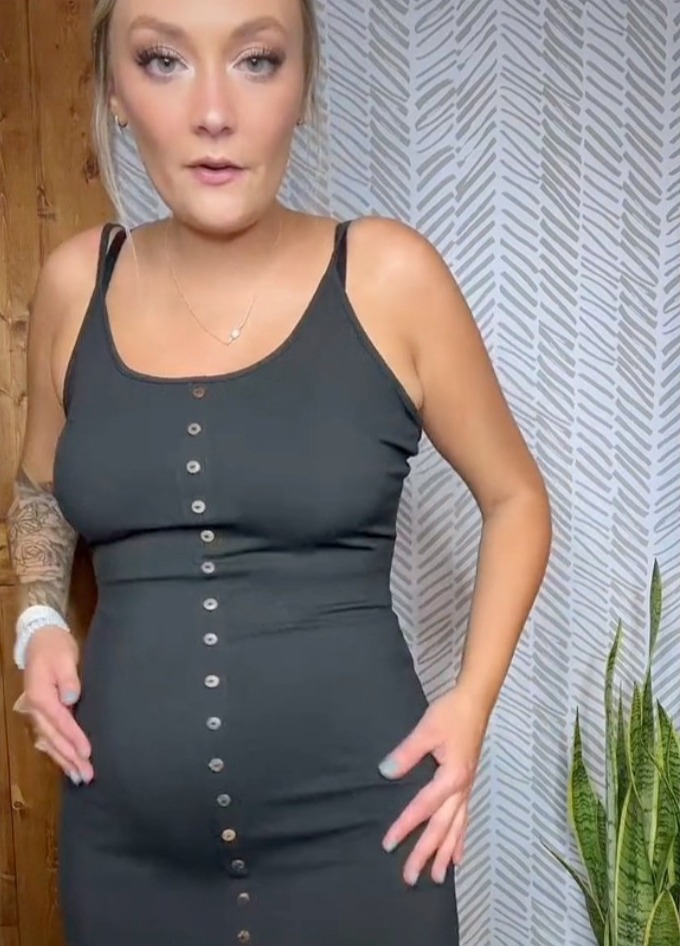 She said she wouldn’t wear the product under a tight dressCredit: TikTok/moreclothesthansense