SHE had a slim figure as a young woman, and showed it off in some super sexy outfits.

And now, 30 years later, her daughter has dug out the ensembles to try on – documenting the process on her TikTok page. 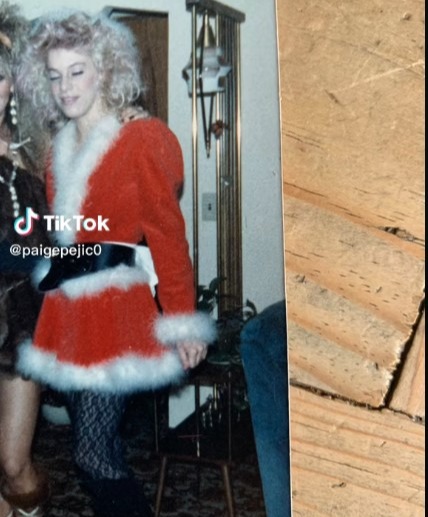 Paige also shared a look at her mum in another Santa outfit back in the dayCredit: tiktok/@paigepejic0 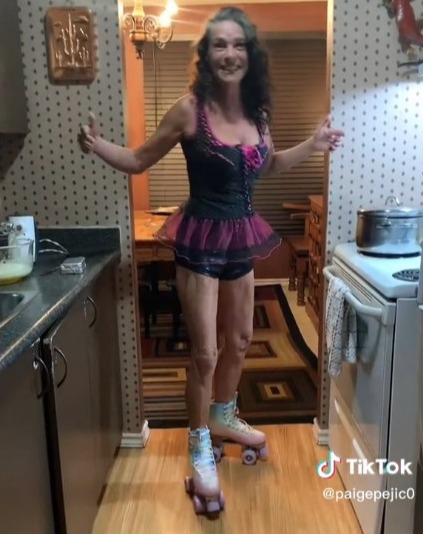 In another video, she tried on her old rollerskating outfit as she skated round the kitchenCredit: tiktok/@paigepejic0

After Paige Pejic emerged in the clothes – including a very skimpy Santa outfit and a barely-there one she wore rollerskating and – her mum decided she’d see if they also still fit her.

In Paige’s video, she was seen rocking the Santa ensemble, which consisted of a fur-trimmed red crop top and matching shorts, before her mum declared: “I want to see if it still fits”.

Paige then turned the camera to focus on her mother as she walked down the stairs in the two-piece, showing off her flat stomach and enviable curves.

“Thirty years later,” her mum declared as she flaunted her figure in the outfit. 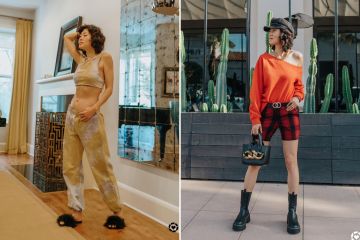 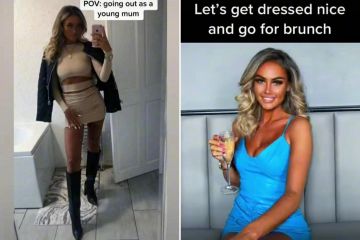 In another video, Paige said: “I have no idea what this is, this outfit has always concerned me.”

The outfit she was referring to was a pair of leather-look shorts with a teeny pink tutu over the top, paired with a lace up mesh corset.

As Paige walked into the kitchen wearing the outfit, her mum said: “I know exactly where I wore that, do you want me to show you?”

She then came back into the kitchen wearing the outfit and rollerskates.

“I used to wear this to go rollerskating,” she laughed.

“The fact she can still fit into it is amazing! well done mama,” one person commented on the video.

“And your mom still rocks in that outfit!!” another added.

“This should become a trend on here let the girls put on some of their mums’ outfits lol,” a third wrote.

I’m plus-size – I was too scared to wear bikinis for years but now I confidently show off my tummy, I know it looks good

I hate wearing bras and refuse to, even for work – I’m a baddie and I don’t care

I’m a 34DDD and tried Amazon’s Skims shapewear dupe – it left me speechless, I looked so good

Why I ‘Rarely Wore Color’ With the Royals