I started my clothing brand with just £100

A WOMAN who turned £100 into £100,000 in just six months with her clothing brand has achieved her goal of turning over £1million a year – and is now launching her first store.

Briony Gorton, 26, who is the founder of Talliah Rose, insists that anyone can start their own business from their bedroom, even without a large investment.

Briony Gorton is the founder of Talliah Rose and started the business with £100Credit: Briony Gorton 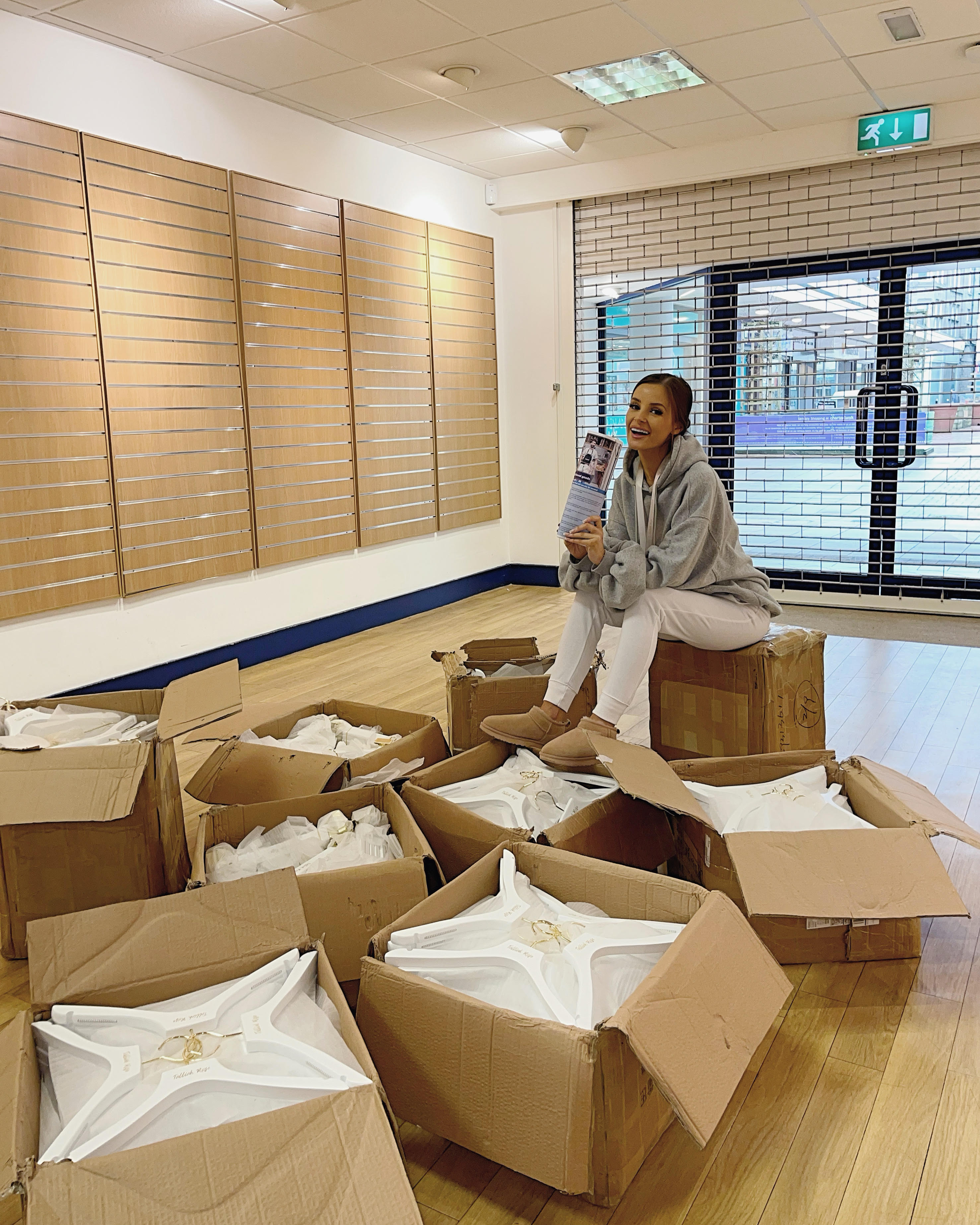 She is opening her first shop in her local Burnley city centre at the end of this monthCredit: Briony Gorton 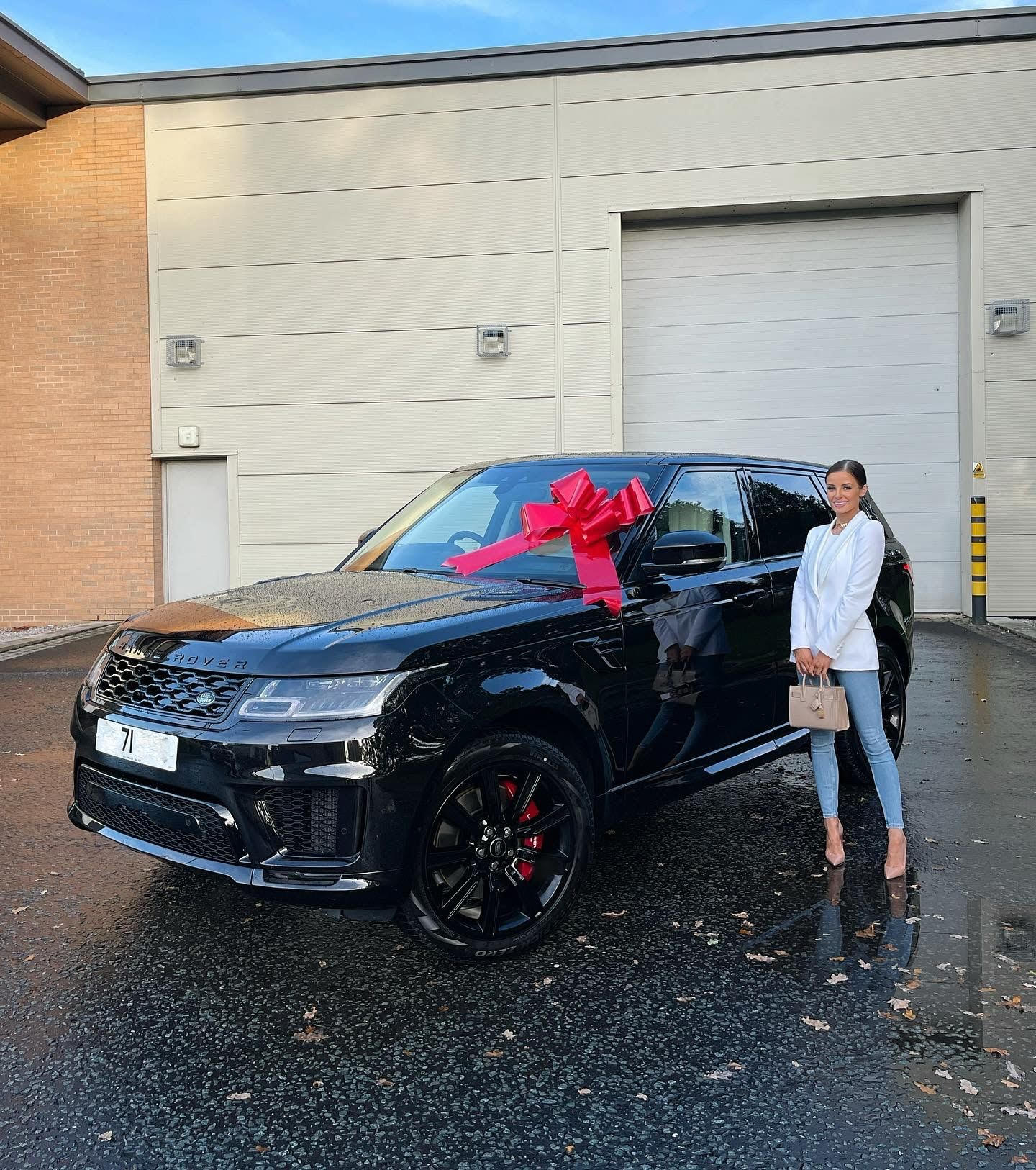 Thanks to her successful brand, Briony bought first four-bedroom home aged 24, which is valued at £400,000, along with a number of Range Rovers – and even two Minis for her mum.

She first launched her company aged 20 and attributed the pandemic for helping sales to boom.

Speaking to Fabulous, Briony said: “Online through the pandemic absolutely blew up, I’m sure it did for a lot of online businesses. It was a blessing in disguise for us.”

She has now completed close to 80,000 orders and is aiming to boost sales with the opening of her new shop in her local Burnley city centre. 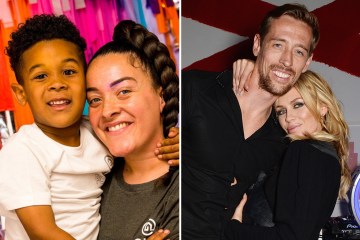 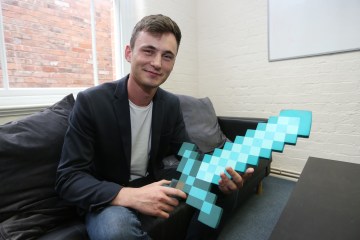 She said: “With this store and online we are aiming for £2.5million a year.

“We’ve seen quite a lot of big stores closing down on the high street and that to me that’s not screaming that the high street is dead, that’s screaming to me it’s time for some of the big hitters to be going, and some new ideas to be coming in.”

Briony only had £100 to start her company using money she had earned working weekends at Pandora.

She plugged the money into designing a Swarovski-adorned bikini, which she modelled for her 4,000 followers on Instagram.

The fashionista was amazed when her first sale came in the very next day, and she went on to sell 60 of the design as demand boomed.

At the time she was a student at Manchester Met studying Fashion Buying and Merchandising, but decided to drop out and start her own fashion company instead.

She explained: “I was in my third year, I just thought we are spending £9,000 to be taught how to work for another company and that isn’t what I wanted to do, I wanted to do it myself.

“I dropped out of uni, I never graduated, everyone thought I was a bit crazy, but here I am six years later.

“I have no investors, I’ve not come from a rich background.

“I’ve never taken out a bank loan, I’ve got nothing on credit.

“Everything you see on this business is generated from £100. I think people find it hard to believe.

“I want people to understand this came from a normal person with an idea.”

At first Briony would bring out a new design every week, but now does 20 launches a week now and has branched out to wholesale designs.

Her target was to turn over £1million by the time she was 25 – and she has now achieved her goal.

Briony, who also works as an influencer, said: “I’m so busy I don’t really celebrate too much of the things that have happened.

“It’s only when I sit back and talk about it, that I think oh goodness that is quite a lot that I’ve done, I’ve never really let it sink it.

There is no limit to success. I’m from a working class family in a three-bed, semi-detached house.

“It feels amazing to have created something from nothing and be able to help my family.

“I still love watching the sales come through, nothing will ever change.”

Talliah Rose has not only changed Briony’s life but has also enabled her business partner mum Tina, 54, to pay off her mortgage,

The brand is a family affair, as Briony’s dad Mick was also employed by the company two years ago as the warehouse manager.

Briony said: “I’ve kept it very much in the family, so it is lovely.

“It started in my mum’s house, in my mum’s kitchen, we converted her loft into a store room, which obviously you can imagine was still not huge.

“We tried to keep it there as long as possible so we had no overheads to pay.

“Then we had to move into a small warehouse at the beginning of the pandemic.

“We were only there for not even a year and we had to move out into the big warehouse and we will probably move again within the next couple of years if it carries on the way it is.”

She attributes keeping on top of social media as being key for growing the business – and the glamorous brunette models all her clothes herself.

The entrepreneur revealed: “We post three times a day which is absolutely vital because we are constantly interacting with our followers – more followers, more money – it really does like that, more sales.

“I am my target audience, my age, so it works well for me.”

Briony now employs six people in her warehouse who process up to 100 orders a day, and she will have eight or nine staff members in her store when it opens later this month.

Briony says that her priority for Talliah Rose is that it is affordable for younger women.

She said: “In my opinion River Island is a little expensive for your college and uni students. “They don’t have £45 to spend on a pair of jeans, whereas we will sit in the middle at about £30 or £28.”

Although she does treat herself now and then, including recently buying a Range Rover Sport, she insists that she has remained grounded over the years.

She said: “I’m happy to keep growing this brand. I don’t need to be going to lavish holidays every other minute.

“I need to be here where the business is happening.

“When I’m 30 I want to maybe go into property and have this running by itself. The next few years are vital.”

One of her future goals is to build her own dream home, potentially with Bath City footballer boyfriend Joe Raynes, 26.

Briony said: “Joe is absolutely amazing, I couldn’t wish for a better partner. His work ethic is the same as mine.

“He’s self employed himself, he owns a gym down in Bath which is hugely successful.

“He’s a semi-professional footballer for Bath, so that’s one of the reasons he couldn’t come up here as he has football.

“He’s so supportive, he’s up here helping with the shop when he can. He can’t wait for it to open.

“There is no point me building the dream home up here when I may end up down in Bath.

“So that is something we are going to do together next year or the following year.”

While she is currently focusing on her new store in Burnley, Briony said the evential aim is to potentially expand in city centres over the country.

She said: “I do want to be bigger online but stores are important to me as well.

“I want to have a number of stores across the country and maybe even start branching out abroad, you never know.”

And she also aims to inspire others to follow their own business goals, no matter what their background is.

I have no investors, I’ve not come from a rich background. I want people to understand this came from a normal person with an idea.

Briony said: “Anyone can do anything they put their mind to.

“There is no limit to success. I’m from a working class family in a three-bed, semi-detached house.

“People think you can’t set up your own business without a huge investment but it is wrong.

“When I was seven or eight years old I would go to car boot sales with my grandparents and would learn how to negotiate and barter as a child.

“It was always in me to buy and sell.

“I always loved the adrenaline rush for buying and selling, whether it’s something from 50p or £5000.

“It’s a buzz that you’ll never experience unless you are into that kind of thing.” 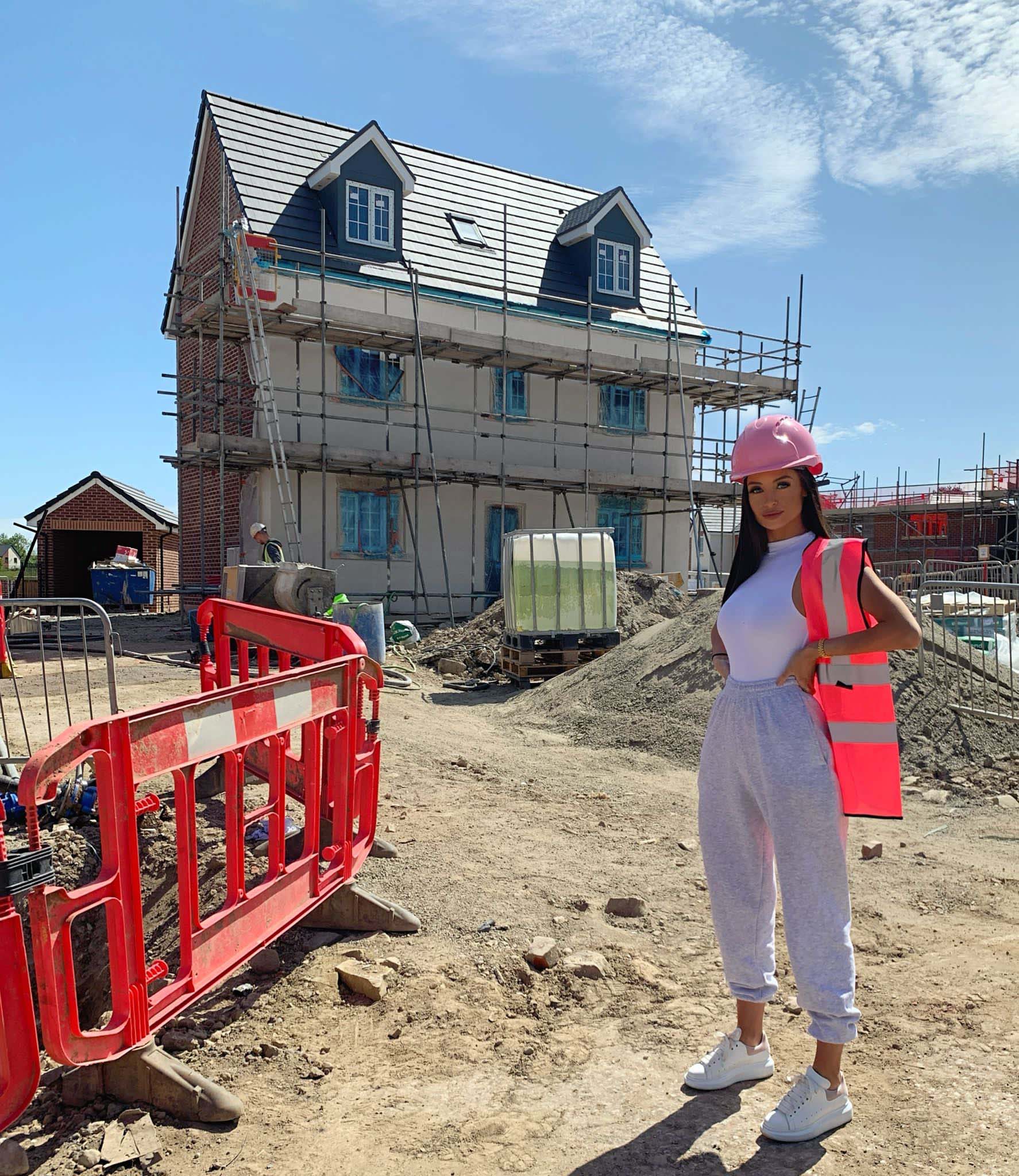 Thanks to her successful brand, Briony bought first four-bedroom home aged 24, which is valued at £400,000Credit: Briony Gorton 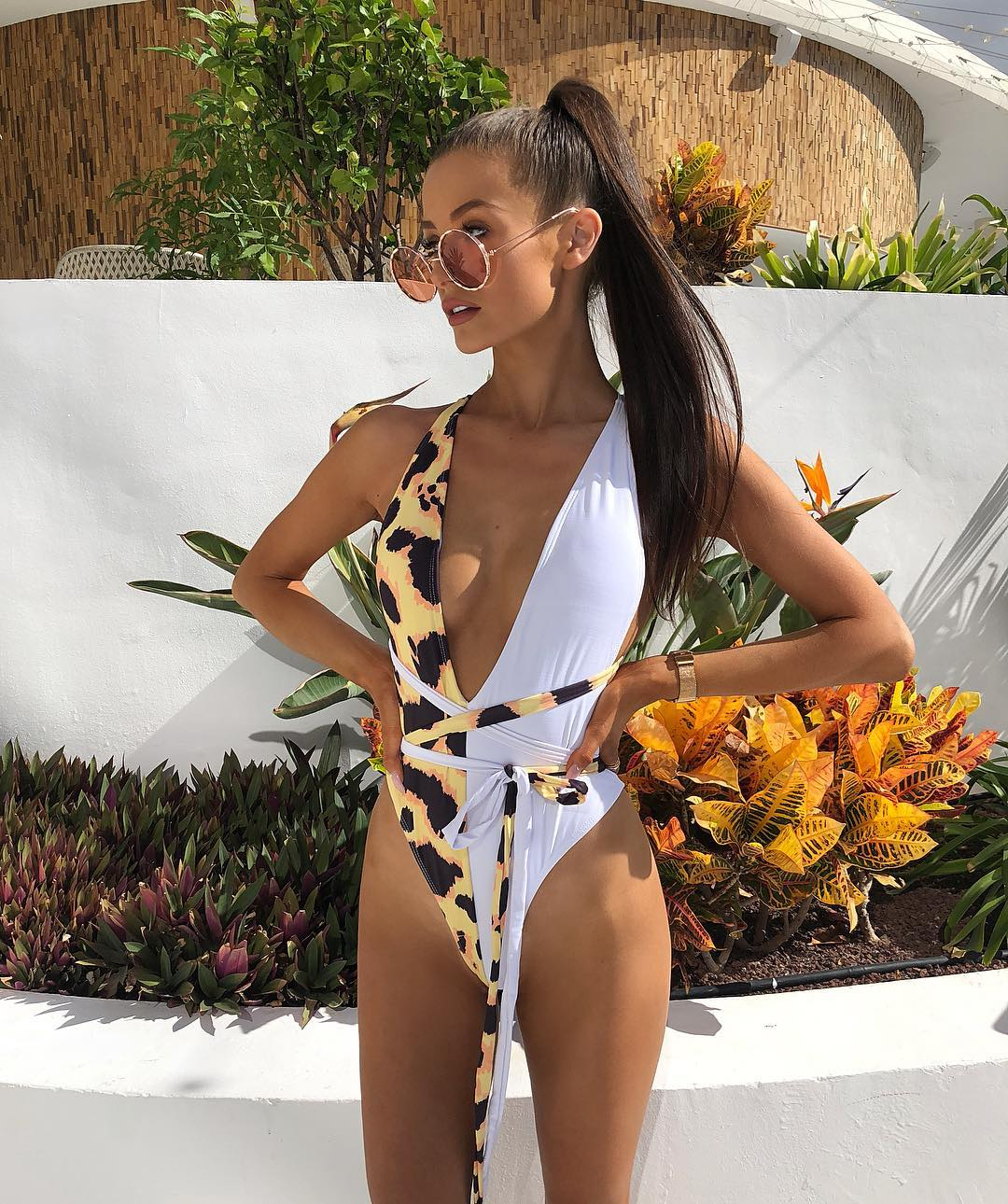 She first launched her company aged 20 and attributed the pandemic for helping sales to boomCredit: Briony Gorton 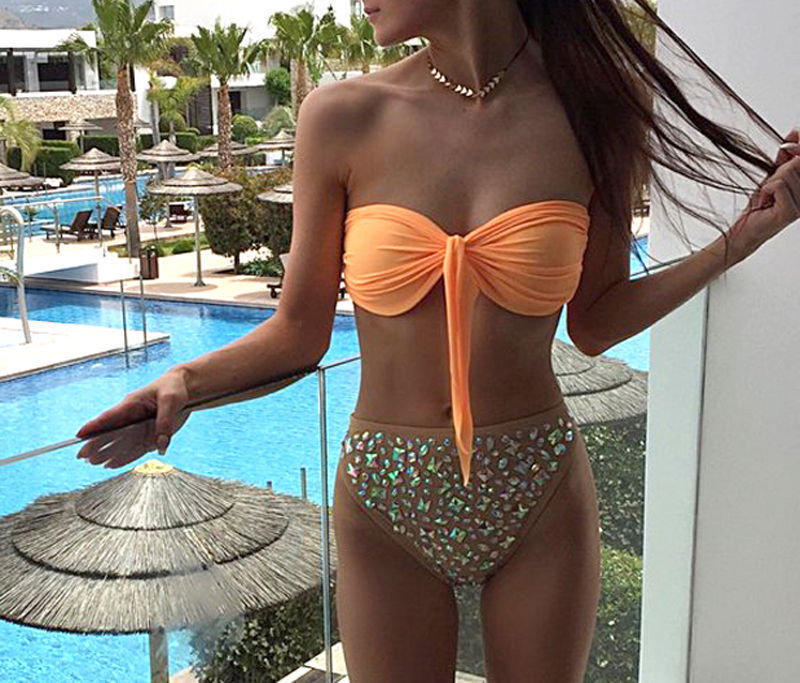 The very first swimsuit she designed and sold for £60 which kickstarted her desire to start her own businessCredit: Briony Gorton 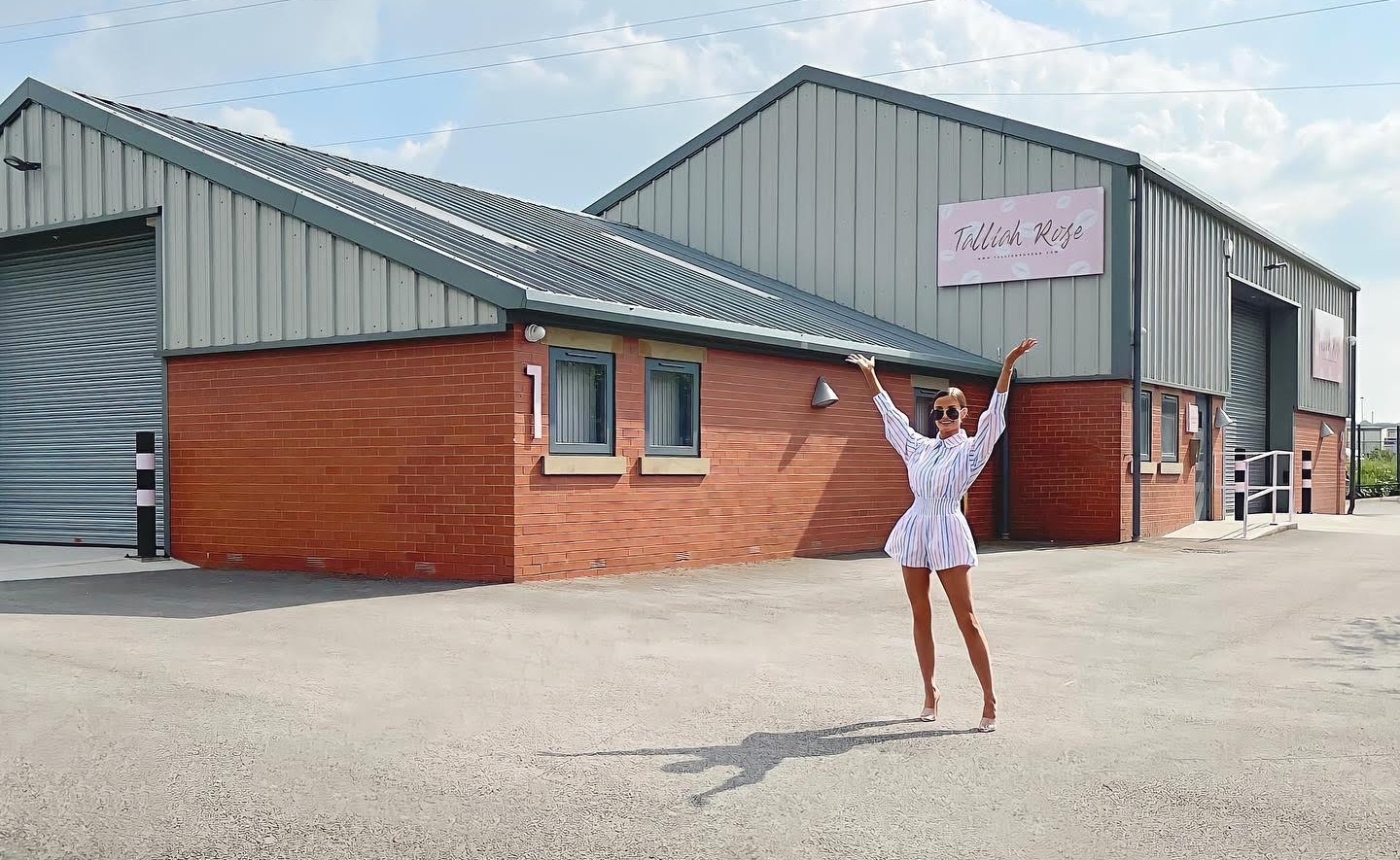 She moved into a large warehouse as business boomed in lockdown and predicts they will have to move again in the next few yearsCredit: Briony Gorton 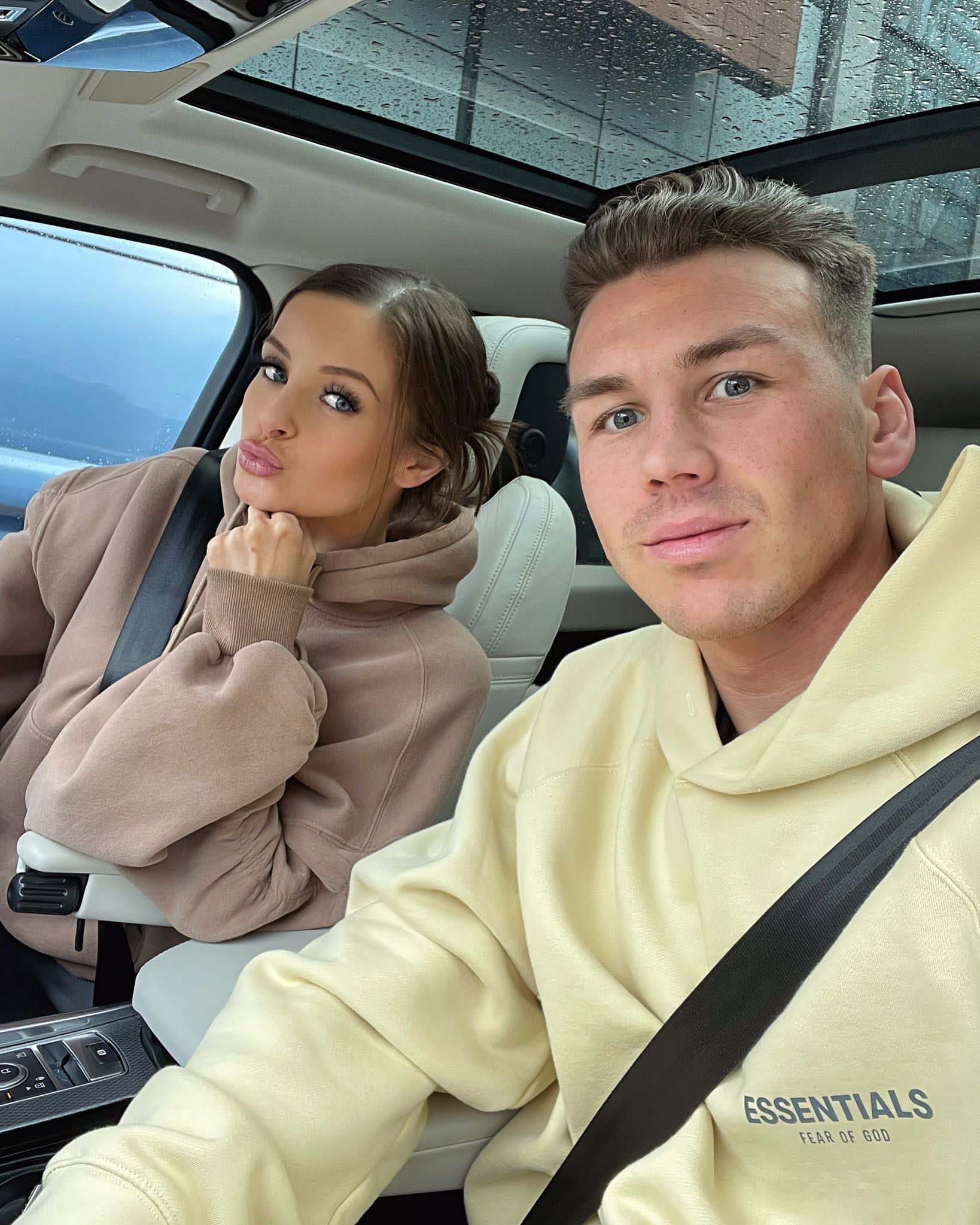 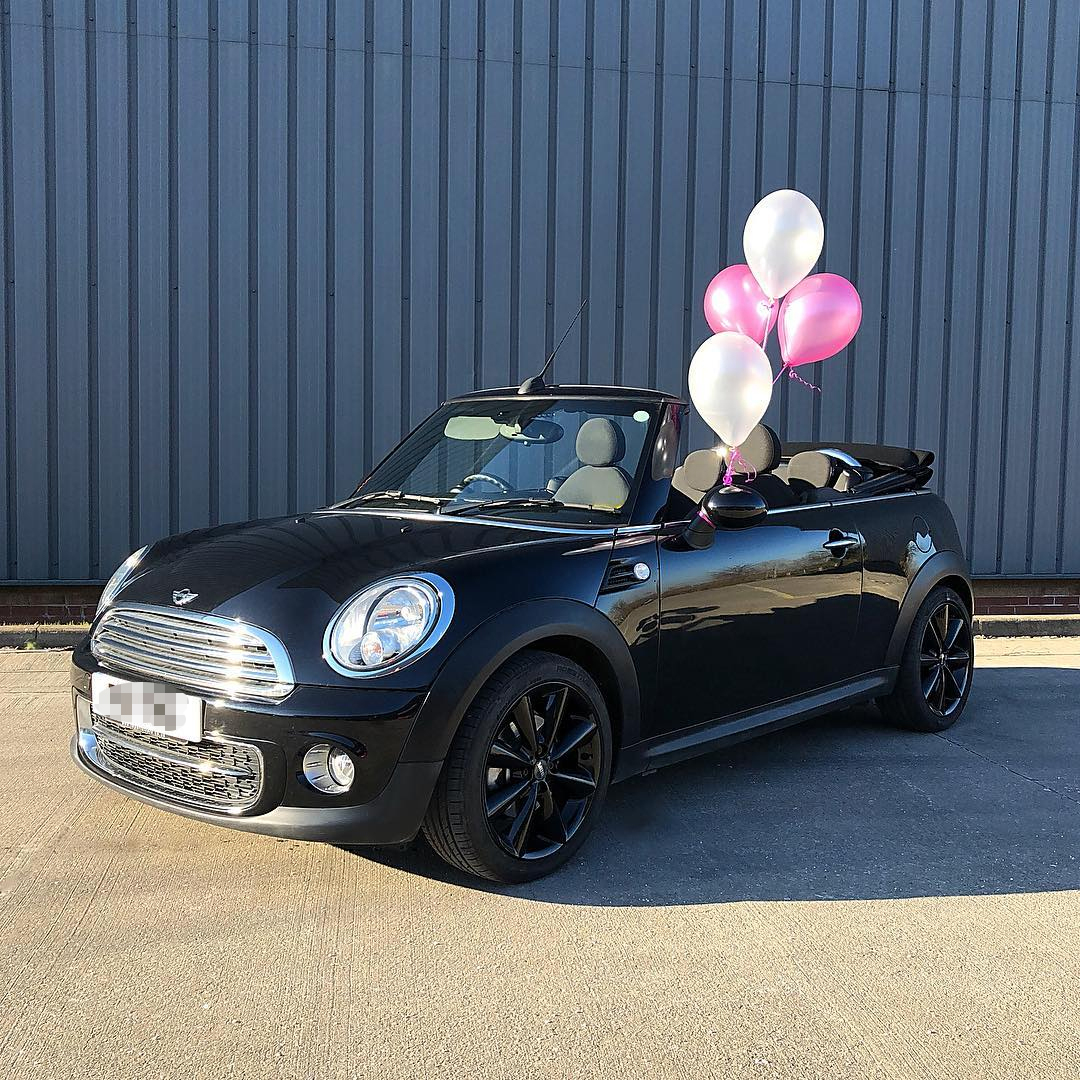 She was able to buy her mum a Mini Convertible thanks to the ventureCredit: Briony Gorton 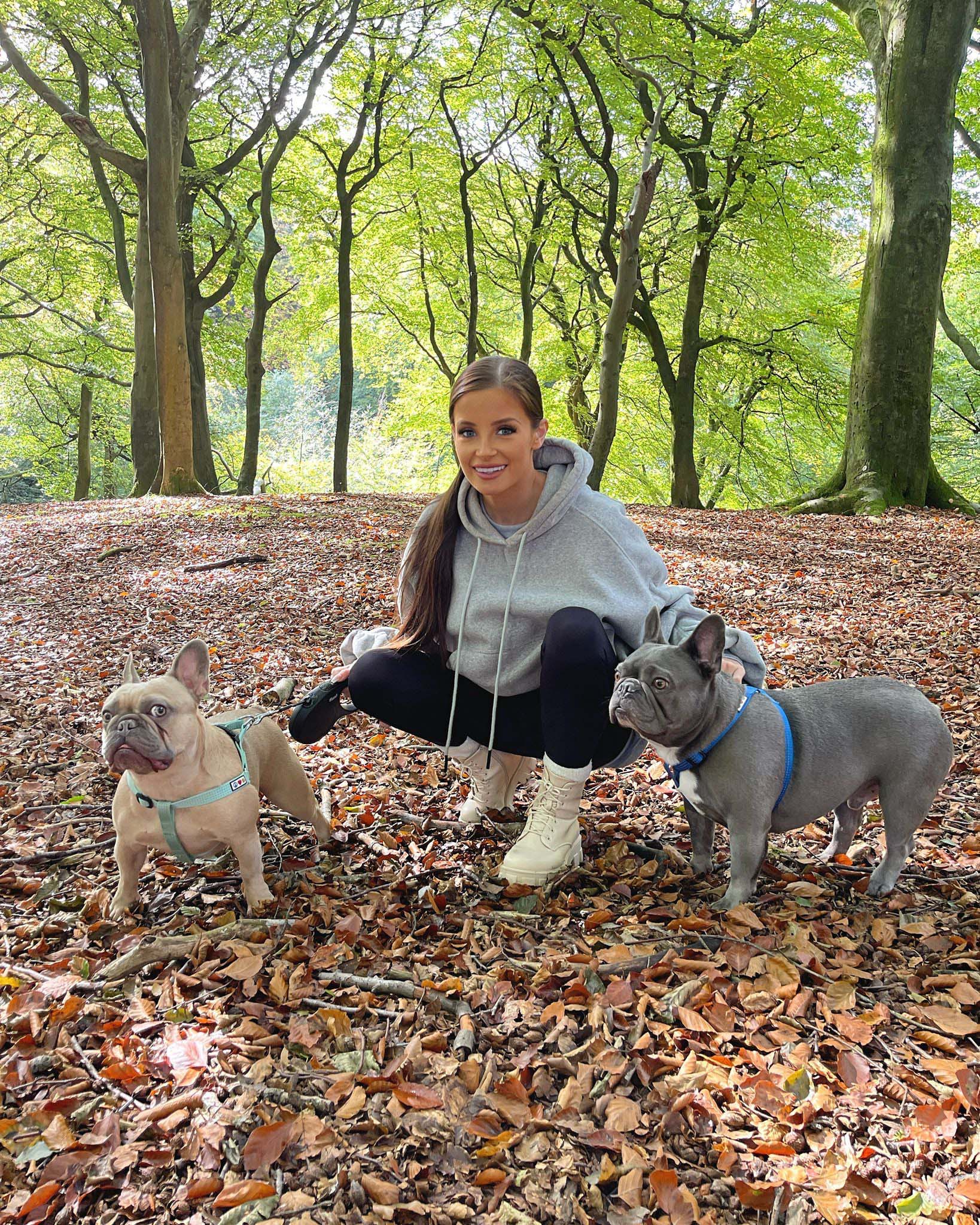 Briony, with dogs Bentley and Aston, hopes to inspire other women to take the plunge into businessCredit: Briony Gorton 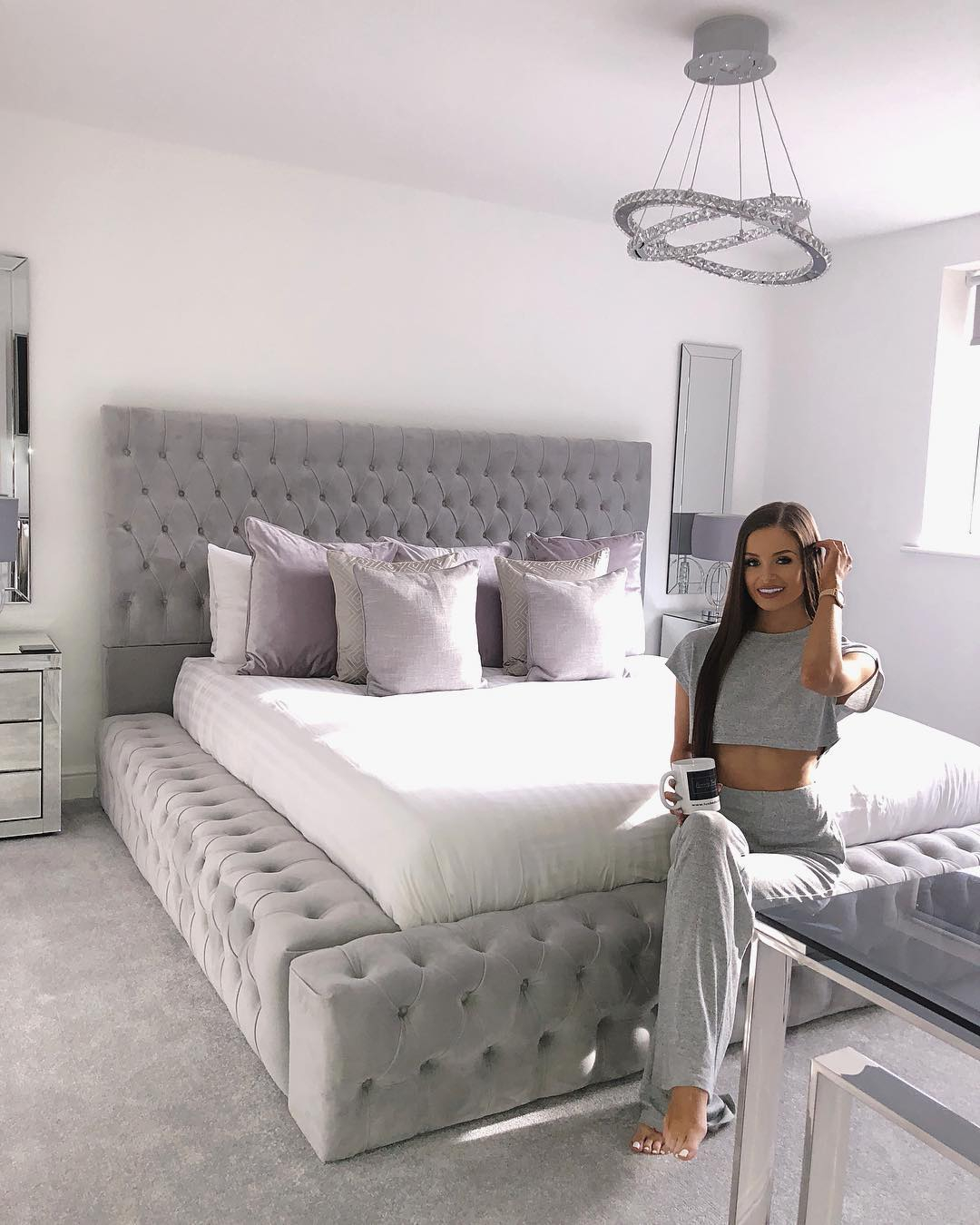 Briony has racked up over 200,000 followers, and she also models all of the clothes for Talliah RoseCredit: Briony Gorton 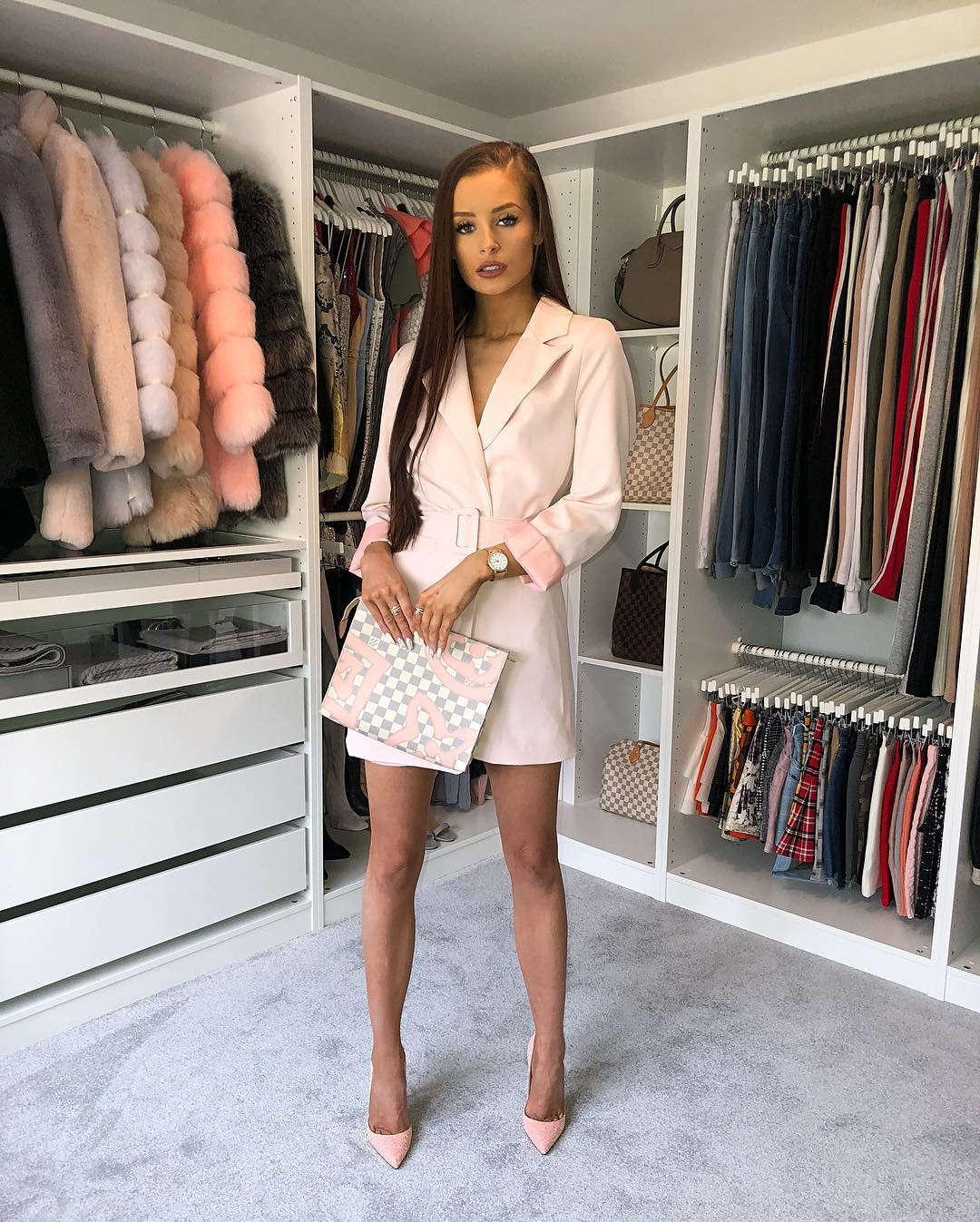 Briony hopes to expand the business to open more stores in the next few yearsCredit: Briony Gorton

Kate Middleton at Wimbledon: How to get the blue polka dot dress look