For a lot of people, their clothes are an extension of their personality and not just a piece of cloth to keep them warm and cover their decency. It’s great when they can show what kind of person they are with what they are wearing, but there are places where you have to follow a dress code.

At school, you have a uniform, whereas if you have an office job, they might ask you to look more formal. Doctors have their white coats and you’ll always spot policemen in their uniforms. A lot of companies in the service industry also require their employees to wear uniforms. Usually it’s because of safety and practical reasons as well as for representative purposes. But companies like Hooters seem to care only about how to earn more using women’s bodies.

The restaurant chain Hooters recently updated their employees’ uniforms and they were not happy about them, so the company made them optional

Hooters is a restaurant chain that originated in the United States and was first opened in 1983. Since then, it has become really popular and now the chain consists of 420 Hooters restaurants in 42 states and 29 countries.

The main selling feature and why the restaurant is so well known is because of the Hooters Girls. That is what they call their waitresses who serve clients wearing a white tank top with the “Hootie the Owl” logo and a pair of skimpy shorts. 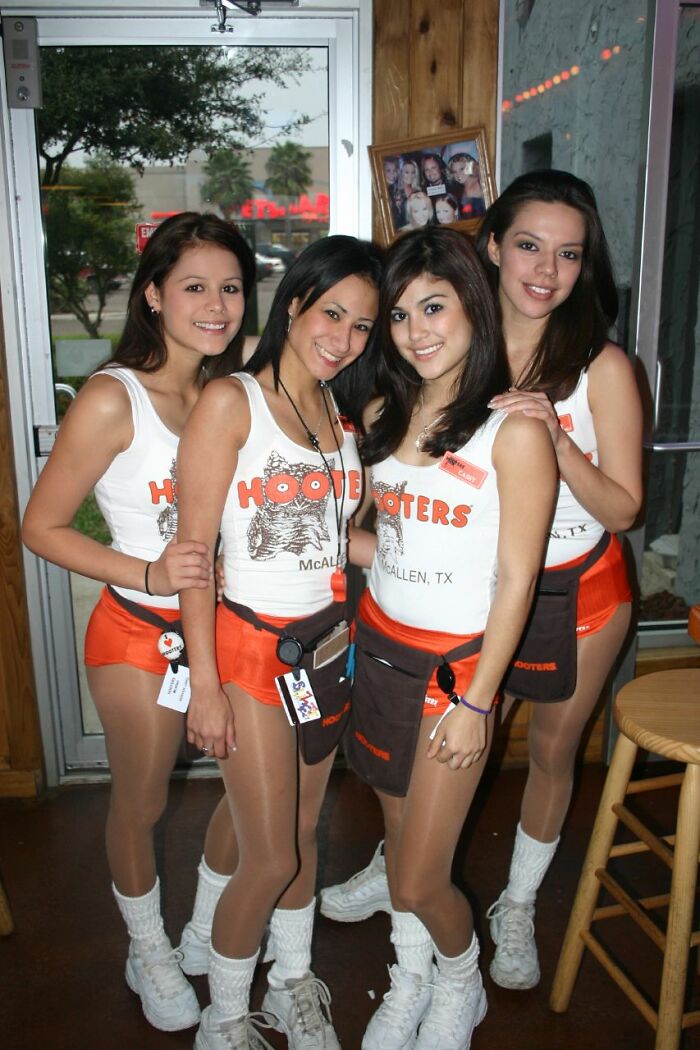 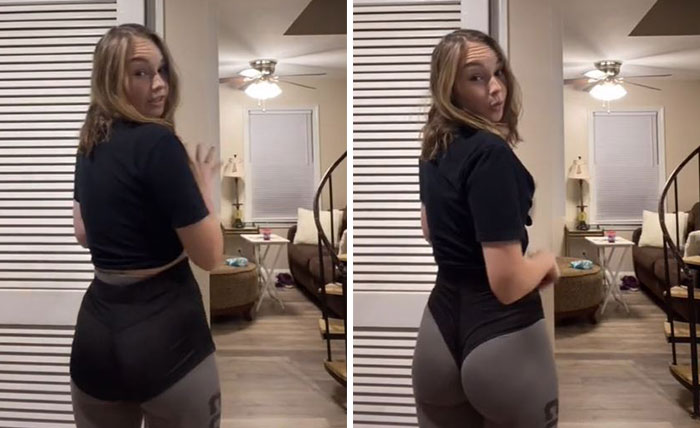 Recently, Hooters updated their staff’s uniforms and made the shorts even shorter, which no one thought could be possible. Girls who are working at Hooters called out the restaurant’s decision on TikTok and they got so much attention that the chain had to adjust the uniform policy and announced that the new shorts will be optional. 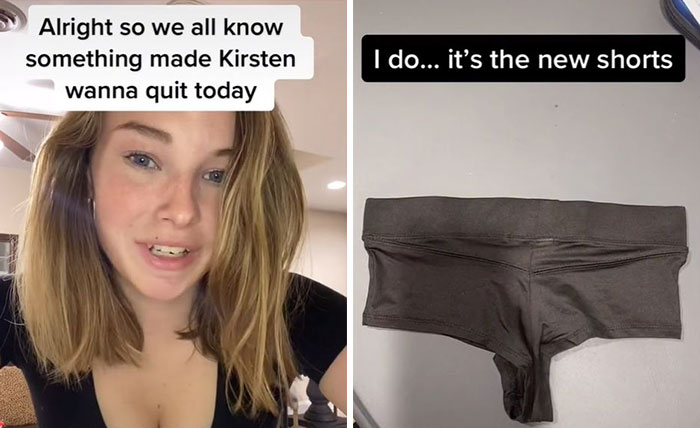 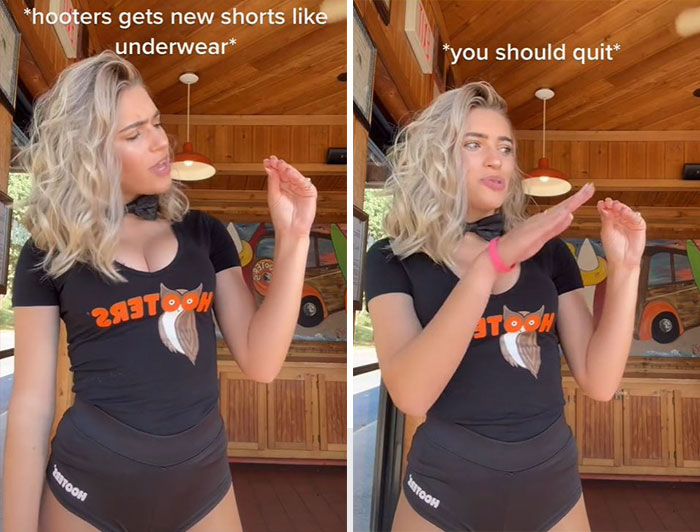 In an Image Policy Statement, the company declared, “As we continue to listen and update the image of the Hooters Girls, we are clarifying that they have the option to choose from traditional uniforms or the new ones. They can determine which style of shorts best fits their body style and personal image.”

They also claim that the uniform changes were made in collaboration with their employees and received positive feedback in restaurants that are located in Texas. They also added, “Our Hooters Girls are providing input at every stage including future clothing items and accessories.” 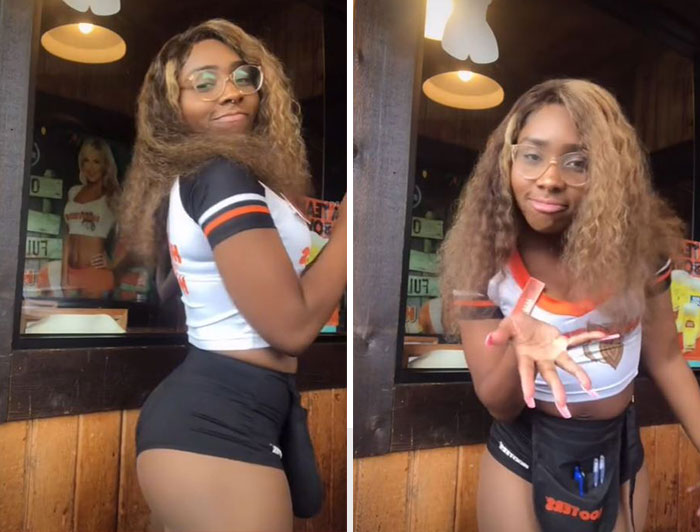 Luckily, the company heard their employees and made a statement saying that the women will be able to choose to wear the uniform that makes them more comfortable 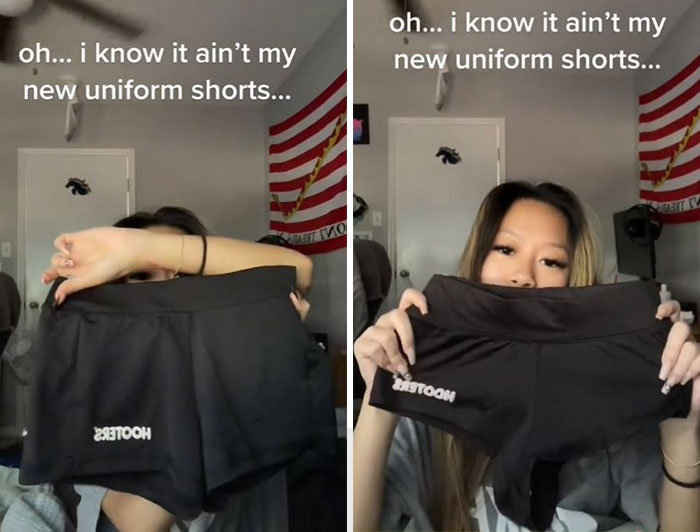 While some girls truly like their new uniform and admit that they are earning significantly more now, not all of them feel so happy. Many of them are comparing the new shorts to underwear as they don’t entirely cover their bottoms and they don’t think it is appropriate attire for working at a restaurant.

Hooters Girls are showing their new shorts on camera with fright and disgust on their faces. One of them wrote in her video caption, “Love my job but don’t love wearing undies to work.” Another said, “Soooo hooters got new panties. I mean shorts.” 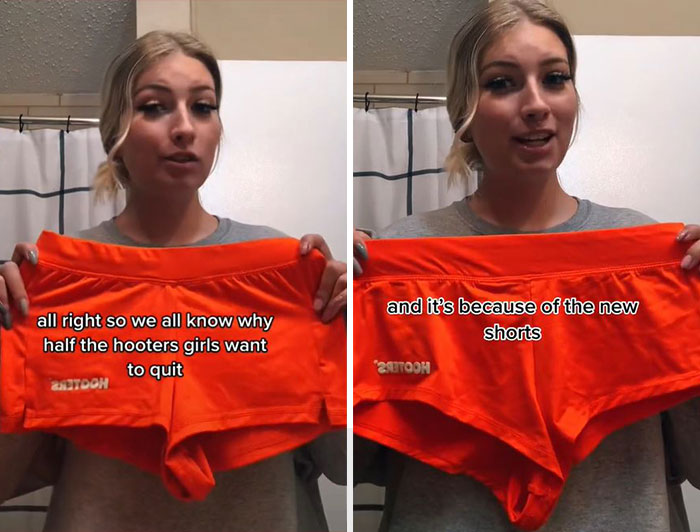 Hooters were always criticized for having their employees wear overly revealing outfits, but this time, it seems they crossed the line 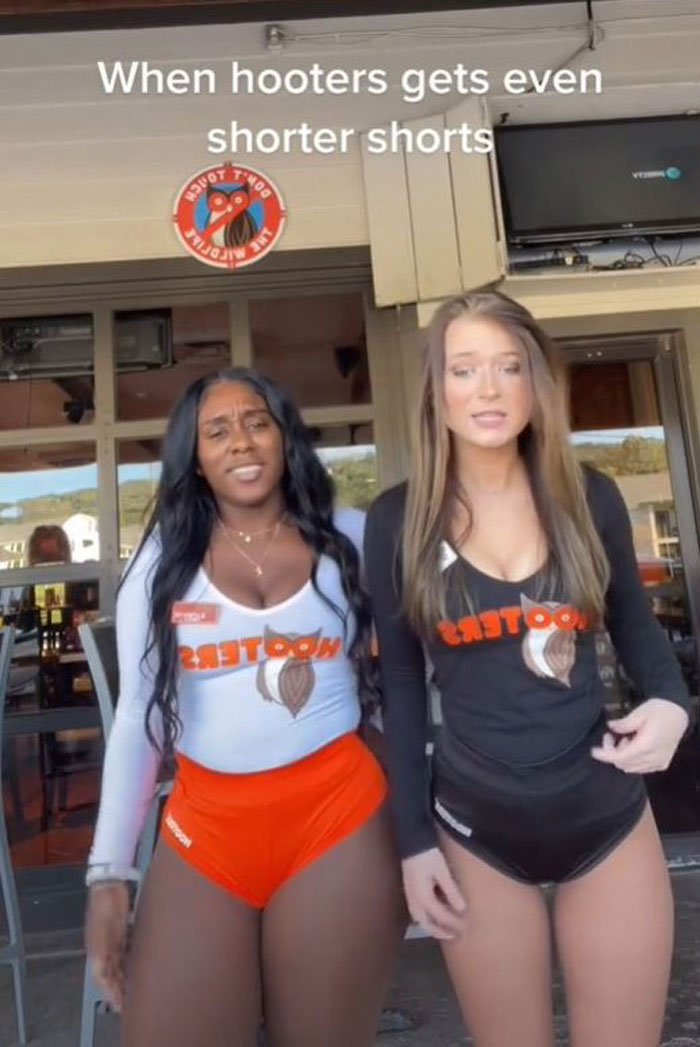 Hooters were always criticized for their staff uniforms and this is not the first controversy they’ve been in regarding their Hooters Girls’ image.

For example, in 2010, an employee filed a lawsuit against the company claiming that they gave her a gym membership to lose weight as her shirt and short size could have used some improvement. If after a month, nothing would change, she was threatened with termination. Hooters denied the accusations and the case was settled out of court. 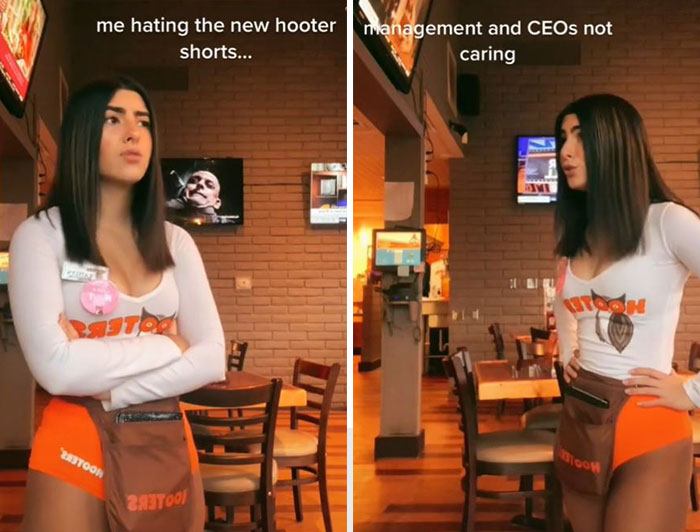 It seems that the company really took into consideration what their employees were saying. After all, they clearly defined what their values are in the statement, mentioned previously: “We remain committed to empowering our most valuable asset, the Hooters Girls, and working together to provide the best Hooters experience for our guests and employees.”

But what do you think of the new Hooters uniforms? Would it make you quit if you were forced to wear them? How do you feel about the company making the new shorts optional after the backlash? Leave your reactions in the comments! 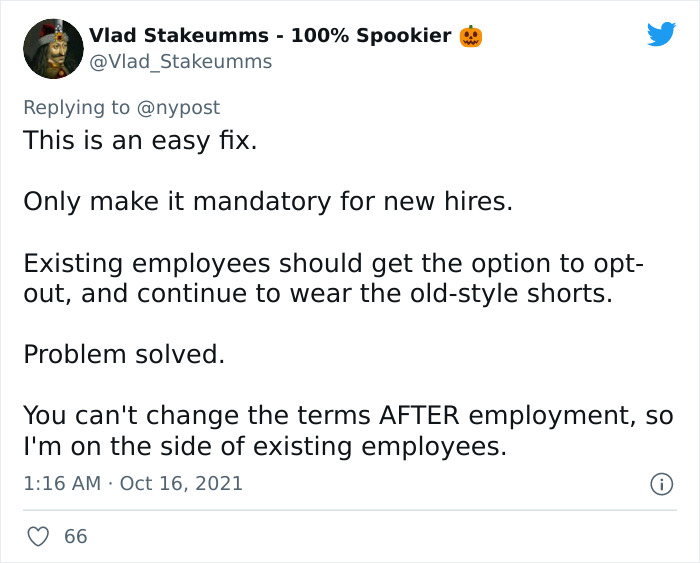 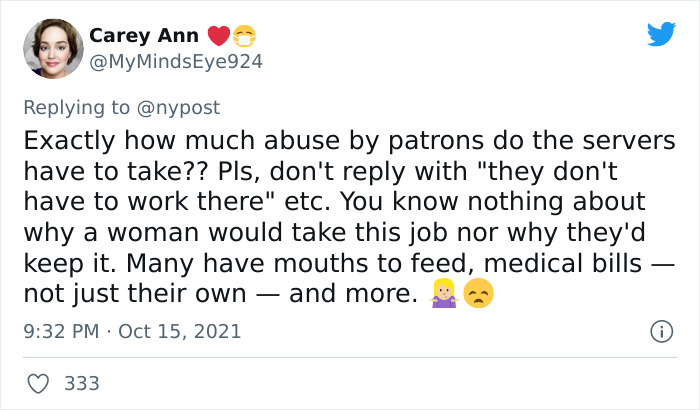 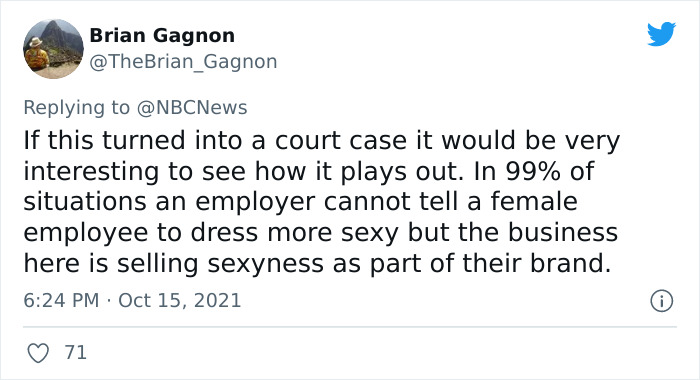 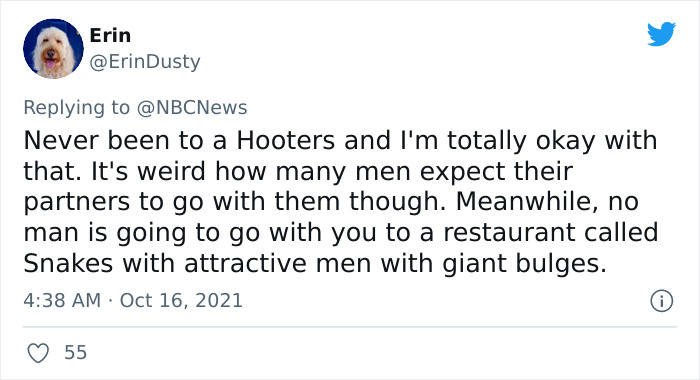 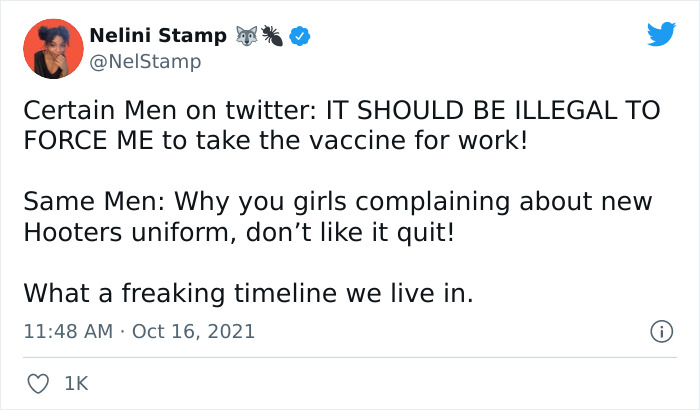 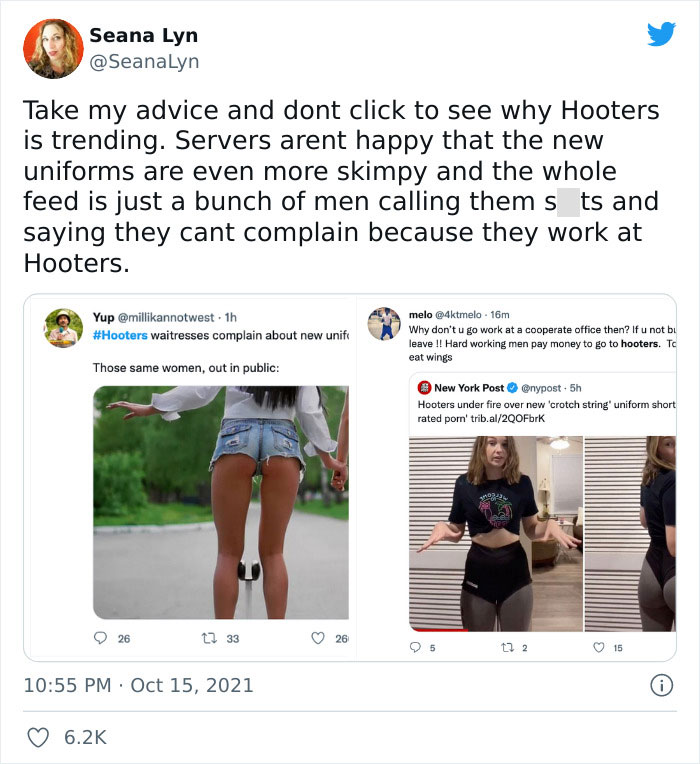 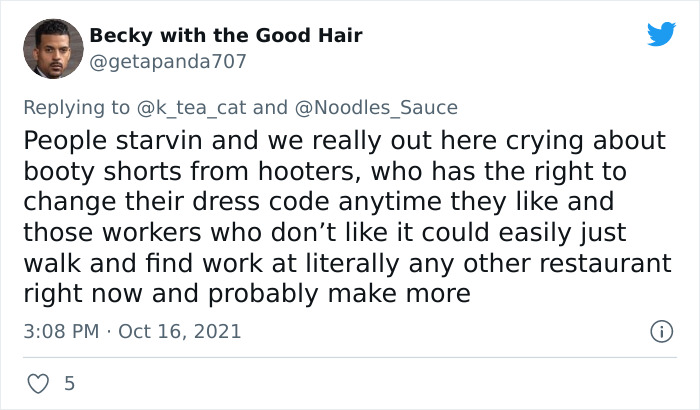 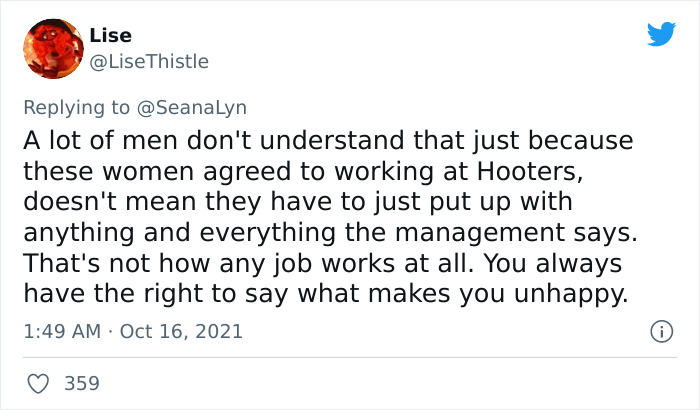 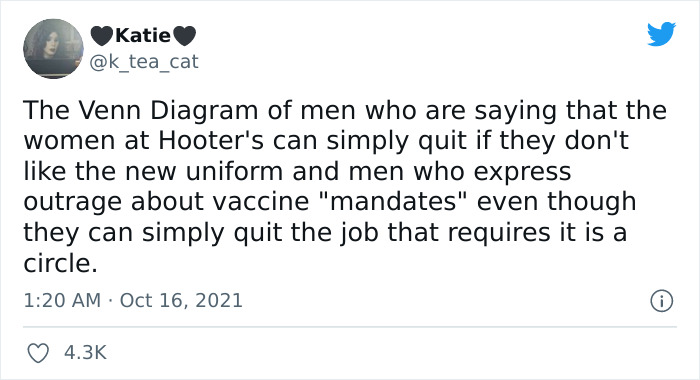 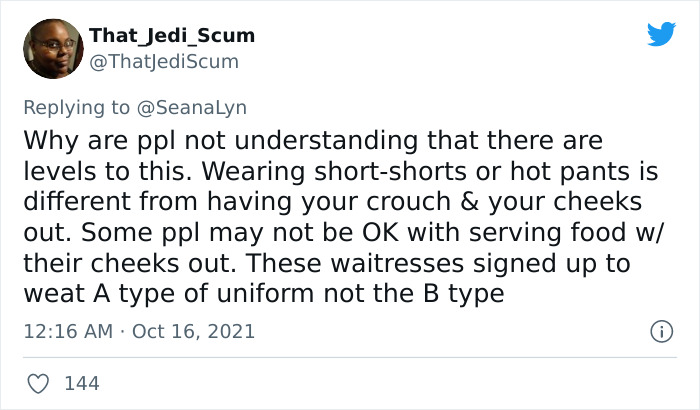 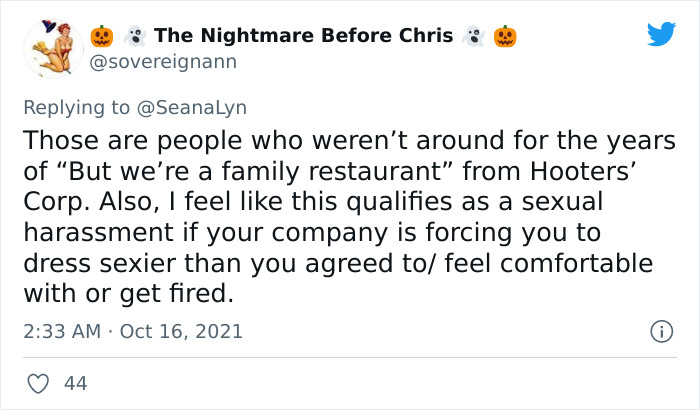 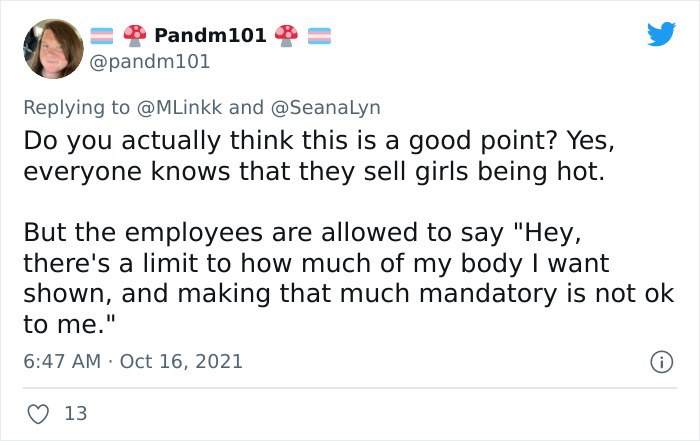 The killing of Sir David Amess is an attack on democracy 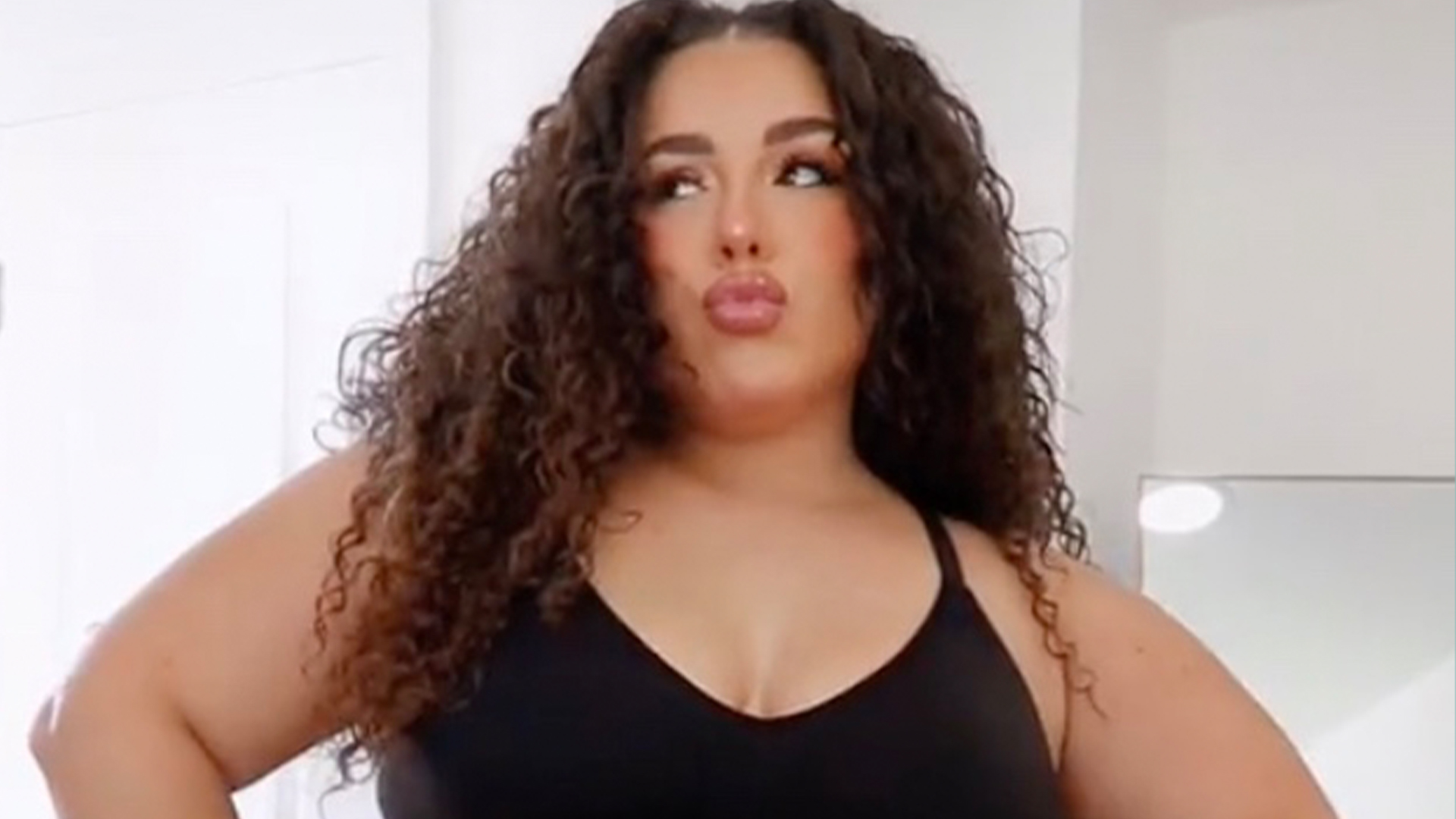 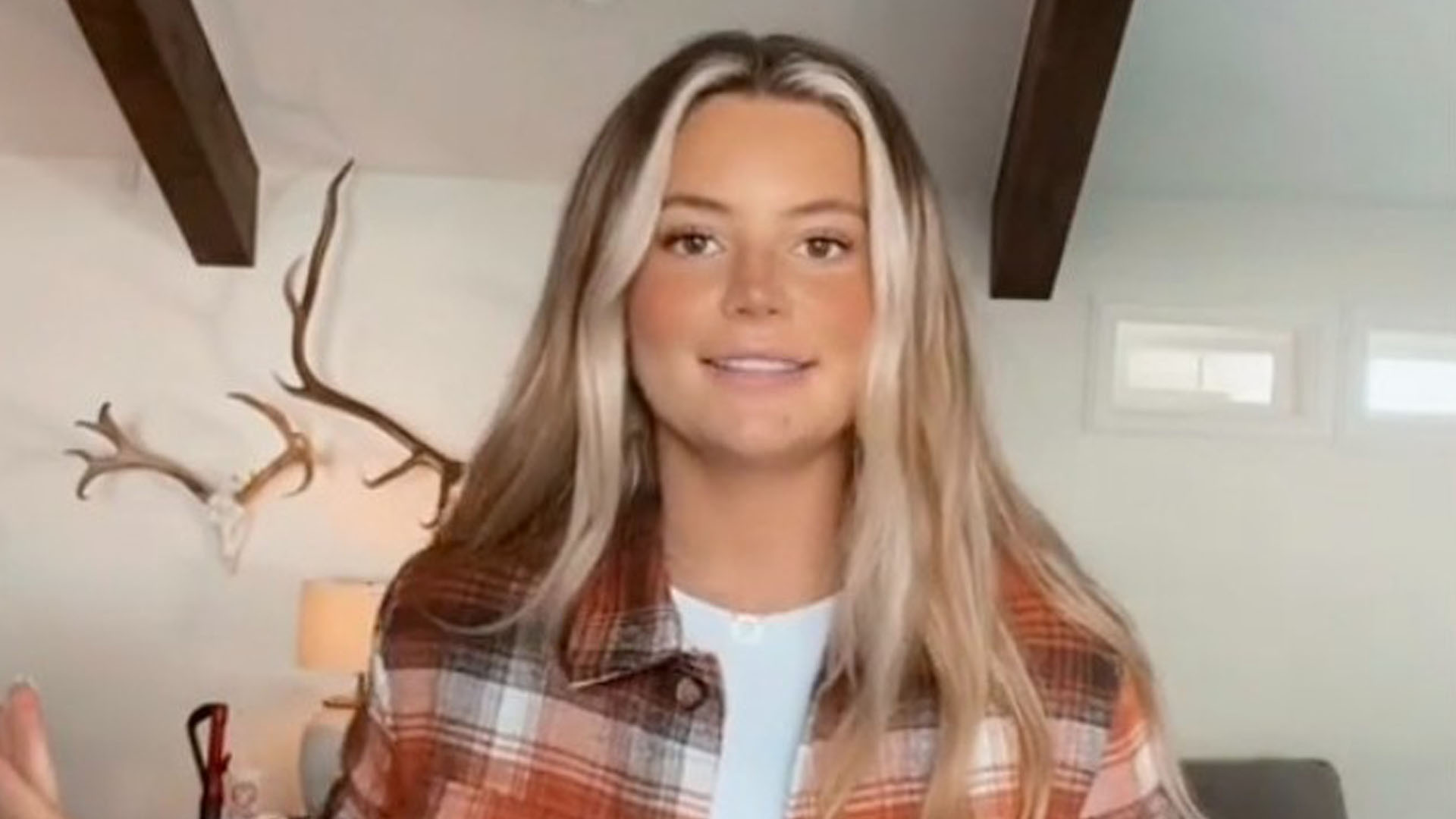 I’m 5’2″, I tried on the Skims dress and was shocked, it was a fail before I even got it past my waist