Heroin chic is back and as dangerous as ever 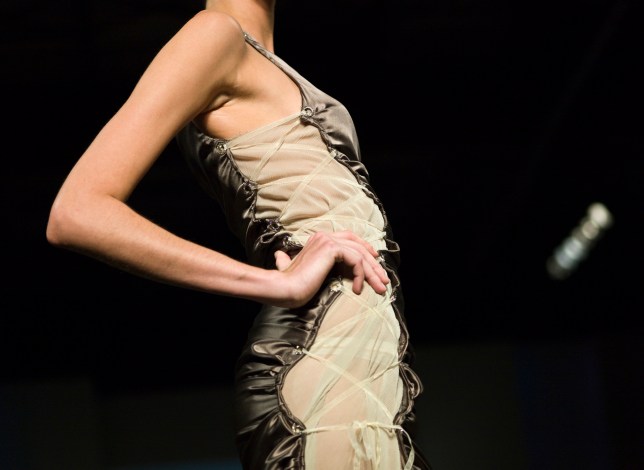 No more heroin chic. I want ‘healthy chic’, no matter what size it comes in (Picture: Getty Images)

‘Heroin’ and ‘chic’ are two words that don’t belong in the same sentence.

But thanks to a recent headline by the New York Post, there’s much discourse around reviving the so-called fashion.

‘Bye-bye, booty: Heroin chic is back’, the article began, proceeding to explain how famously curvy stars, like Kim Kardashian, are losing weight, while thinner models, like Bella Hadid and Kaia Gerber, are ruling the industry.

The ‘trend’ not only glamorises deadly drug addictions and portrays them as a fashion choice, rather than an illness; it also celebrates the look of a person being so thin that they are slowly losing their life.

As someone in active recovery from an eating disorder, it’s all incredibly triggering.

My eating disorder behaviours began when I was 12.

Well, the thoughts crept in long before that. It made me a shell of a human being. I had no energy. I was miserable. I had no zest for life or desire to succeed. It consumed every second of my day and, still now, at 23, I am fighting it.

I have to try so hard to not engage with diet talk, or become triggered by calorie counts on restaurant menus, or turn to my ED when other areas of my life become stressful. But I try because I know how much time this illness has stolen from me, and I realise that I deserve more. 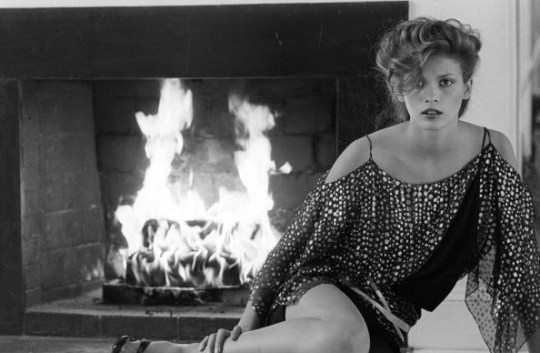 Originally associated with the model Gia Carangi, who used heroin and died of AIDS in 1986, heroin chic was a style that became popular in the early 1990s.

The characteristics of heroin chic are as bleak as you might imagine – emaciated features, pale skin, dark undereye circles… all physical traits related to heroin abuse or other forms of drug use.

Essentially, it was a fashion trend, a body trend – just in the way the Brazilian butt-lift became in recent years.

But, our bodies are not ‘trends,’ nor is their appearance something that should go in and out of style.

‘Heroin chic’ describes an incredibly grim period of time, and the mere thought of it making a comeback terrifies me to no end.

If you want to drag millions of people back down the dark holes of eating disorders, probably to death, heroin chic is the way to do it.

To ever project that onto young, impressionable people, girls on social media specifically, is royally messed up.

We cannot go back to that. We cannot unravel all the progress we’ve made over recent years trying to dismantle diet culture. 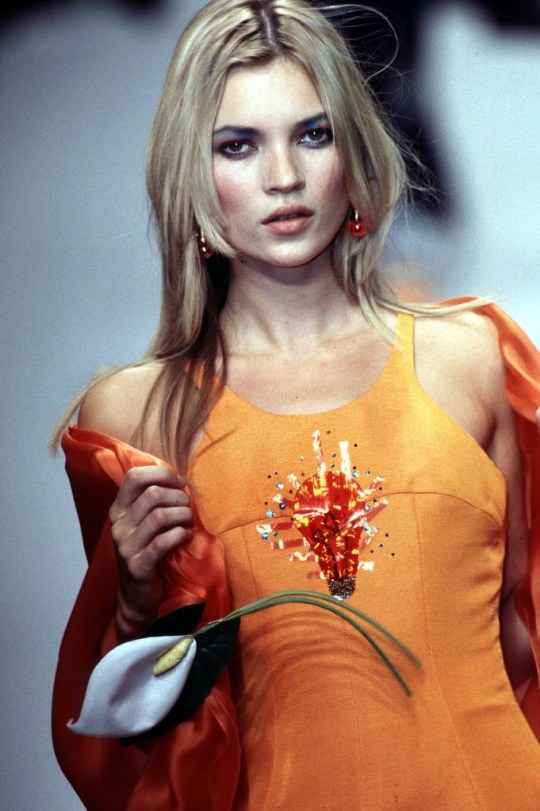 The body positivity moment is making waves like never before. We have more diversity on our runways than ever – one look at Rihanna’s Savage X Fenty shows will tell you that.

We have voices like Jameela Jamil campaigning for an end to the diet industry. We have models and social media influencers encouraging young girls to love their bodies, people like Megan Jayne Crabbe, Ashley Graham, and Stephanie Yeboah.

We have more awareness than ever of how deadly eating disorders can be, and better representation of them in TV and film.

We cannot pretend it’s remotely safe to place some sort of revolving door on women’s health and encourage them to constantly manipulate how they look so they can… what, exactly? Be accepted by society?

Everyone’s biological makeup is different. The fact that we are all different shapes and sizes is not only normal and right – it’s healthy. Far healthier than pursuing starvation in the name of heroin chic ever could be.

I’ve had enough of feeling like my body isn’t good enough because it doesn’t conform to whatever manipulative nonsense diet culture and societal pressures are pedalling this month. 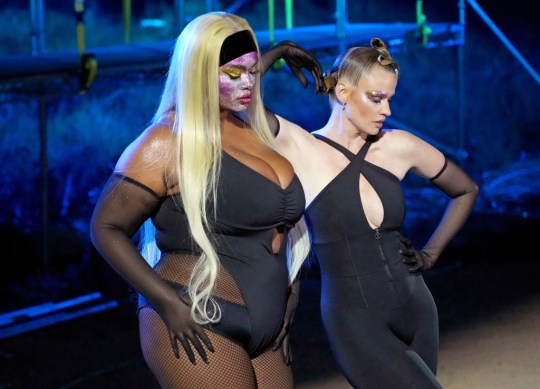 We have more diversity on runways than ever – one look at Rihanna’s SavagexFenty will tell you that (Picture: Getty Images)

I wasn’t born at the time of heroin chic (hello, 1999 baby here) but I lived through Supersize vs Superskinny, The Biggest Loser, the Special K diet, and pro-anorexia Tumblr.

All of this had a hugely detrimental impact on my mental and physical health. I would tell my parents I was doing homework on my laptop, meanwhile, I was searching up ways to restrict what I was eating and actively triggering myself with the most harmful images on social media.

I developed an exercise addiction, body dysmorphia, and incredibly low self-esteem, which I still battle.

Not only am I angry that thinness is, once again, being glorified, but I am angry that it’s become acceptable, not to mention encouraged, for women to abuse their bodies for the sake of ‘fitting in.’

Bodies don’t ever ‘go out’ of fashion. Bodies are meant to be nourished, yes, even if that means carrying extra weight. 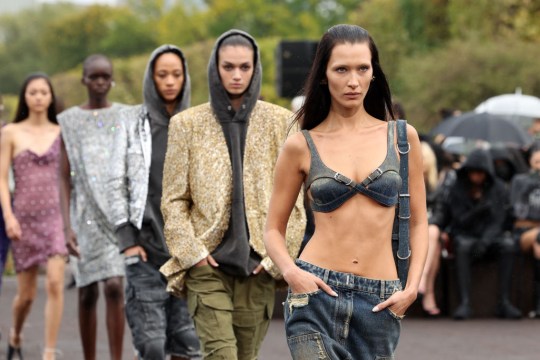 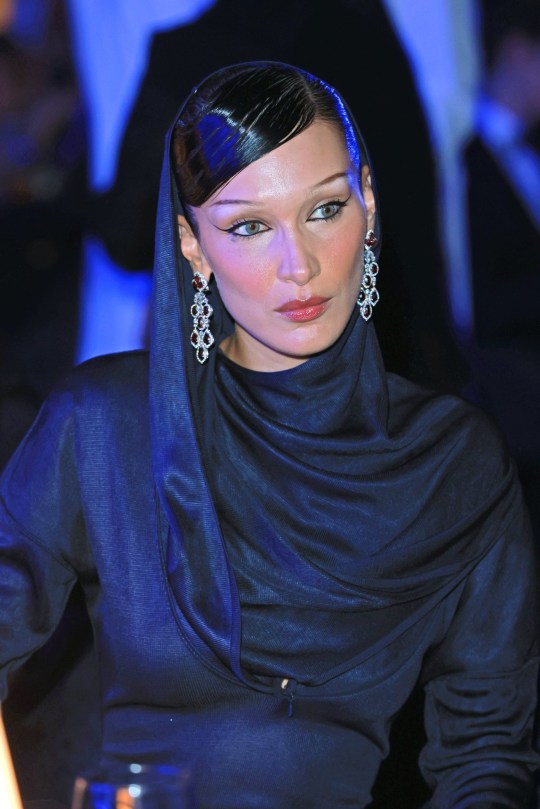 Anorexia has among the highest death rates of all mental disorders.

Eating disorders kill. Right this second, as you are reading this, someone is dying a painful death from one.

My heart aches for all the younger generations who have to grow up in this twisted diet culture, believing that their body isn’t enough just as it is. And my heart aches for those who lived through the heroin chic era and now have to be reminded of how torturous it was.

My heart also breaks for those who have experienced drug addictions, as serious issues such as malnourishment, trauma and self-neglect are being painted out to be fashion choices and their physical ramifications as body image aspirations.

No more heroin chic. I want ‘healthy chic’, no matter what size it comes in.

I want ‘defying diet culture and getting on with our lives without viewing our appearance as the most valuable thing we can offer to the world chic’.

I have lost over half of my life to an eating disorder and I wouldn’t wish such hell on anyone. 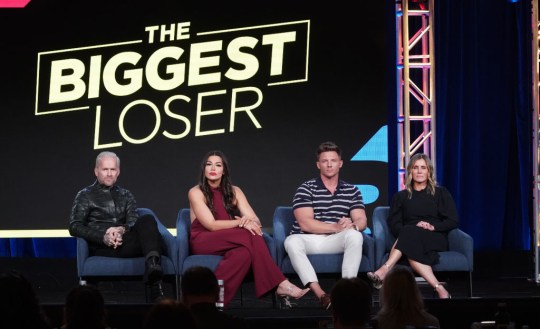 I lived through diet culture staples like Supersize vs Superskinny and The Biggest Loser (Picture: Getty)

And, if you’re considering whether the ‘heroin chic’ look is something you want to try, please, reject it.

Take a moment to think about whether it is healthy, then consider how vapid your existence would become if you didn’t have the energy to do all the things you love.

Surround yourself with people who uplift you. Follow people on Instagram who encourage you to feel good about your body. In fact, follow people who help you realise that your size is the least interesting thing about you.

And, perhaps most importantly, call out diet culture and its lies. You won’t always have the strength for it, and it’ll feel like pushing jelly up a hill but, when you can, do your bit, whether that’s changing the subject from weight loss at a family gathering, or covering up trashy magazines in dentist waiting rooms so no young girl has to read them.

The pressure shouldn’t be on the everyday person to dismantle beliefs so ingrained in our society they’re now believed to be gospel by millions, however.

We need corporations to do their bit. We need the beauty and so-called ‘wellness’ brands that have been profiting off women’s insecurities for decades to take a stand. We need them to be on our side.

Put yourself first. Starve the myth that you need to be emaciated in order to be worthy, instead of starving yourself.

Because, I promise you, the diet industry will move on, but you will have to live with the harm it did to you for a very long time.