From an ape to a granny! Heidi Klum wears the most amazing — and outrageous — Halloween costumes each year to her annual bash. Click through to see some of her most unrecognizable looks!

Klum made a short horror film in lieu of her annual Halloween party due to the coronavirus pandemic. In the clip, the America’s Got Talent judge transforms into a wall and bedsheet to hide from her children, who have turned into zombie mummies.

For her 2019 party, Klum dressed like an alien — with muscles, intestines, brain and metallic skeleton exposed — while her husband, Tom Kaulitz, donned a bloodied astronaut costume. The model got into character in front of a live audience at an Amazon bookstore in New York City on October 31, and she also shared clips of her preparations on Instagram.

She’s a believer! Klum and her then-boyfriend, Tom Kaulitz, went as Fiona and Shrek from the movie franchise in 2018. “I love Halloween. I love dressing up. I love inspiring people,” she told Us. “We both love green.”

The model dressed up as Michael Jackson from his “Thriller” music video for her 18th annual holiday bash in NYC. “It’s such a scary video. I think it also changed so much in our history, really – music videos as a whole,” she told Us Weekly at the time. “He made it into this whole kind of film. I think he changed a lot by doing that. It was super scary and super elaborate. He went through all that stuff, too, doing this [points to hair and makeup]. I thought it would be a fun idea to copy that.” 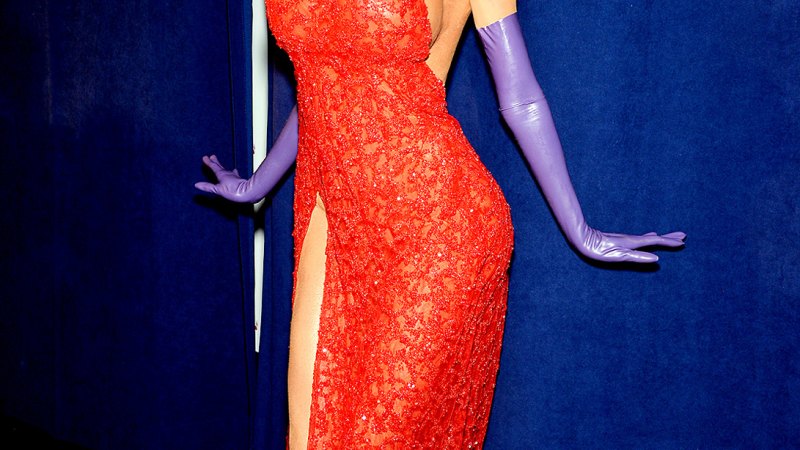 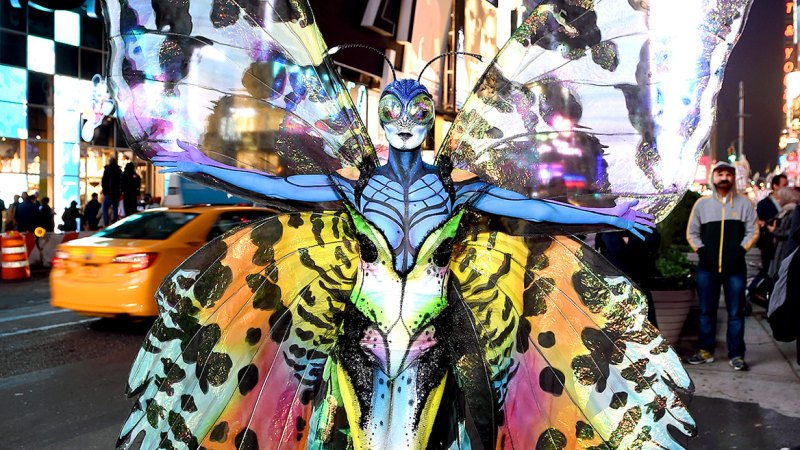 Klum went as a butterfly in 2014. The model covered her body in blue and black paint and donned colorful wings and antennas for her 15th annual Halloween bash, sponsored by Svedka Vodka. 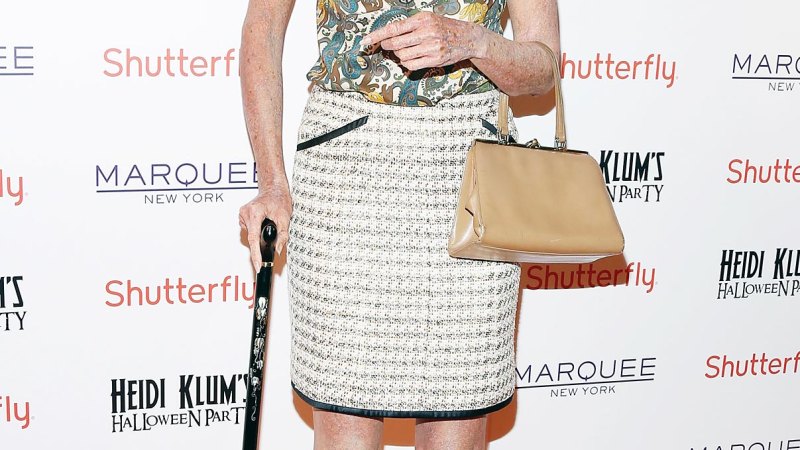 A Halloween costume for the ages! Heidi Klum was nearly unrecognizable as an old lady, complete with white hair, ultra-realistic wrinkles, and a cane. 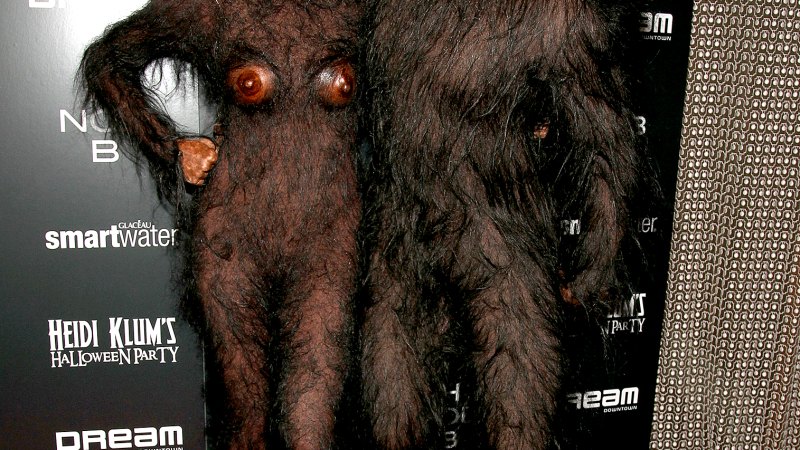 The model and her then-husband Seal dressed up as apes at Dream Downtown in NYC. 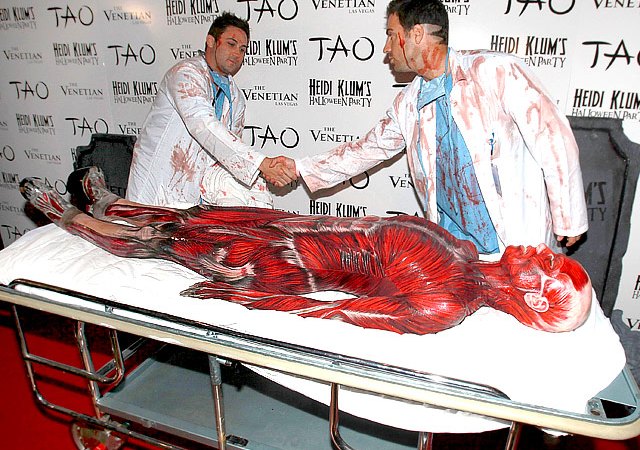 Klum’s anatomy! She wore a fleshy bodysuit at TAO in Las Vegas. 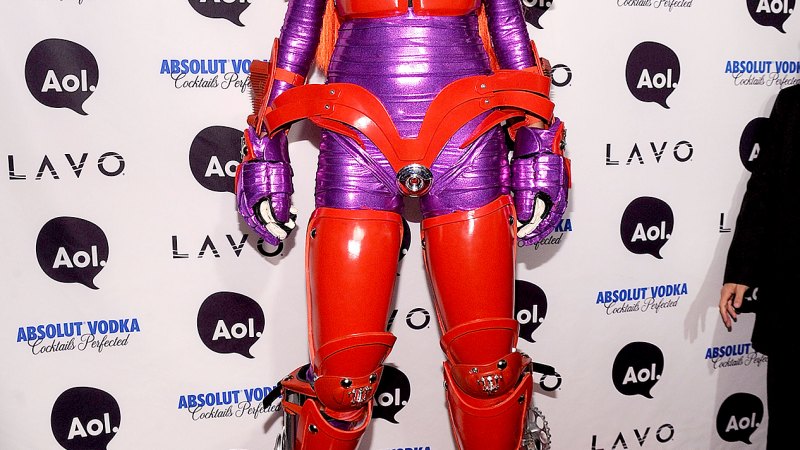 Klum wore stilts to become an 8-foot-tall alien transformer at NYC’s Lavo. “I can’t really bend anything!” she told Us. 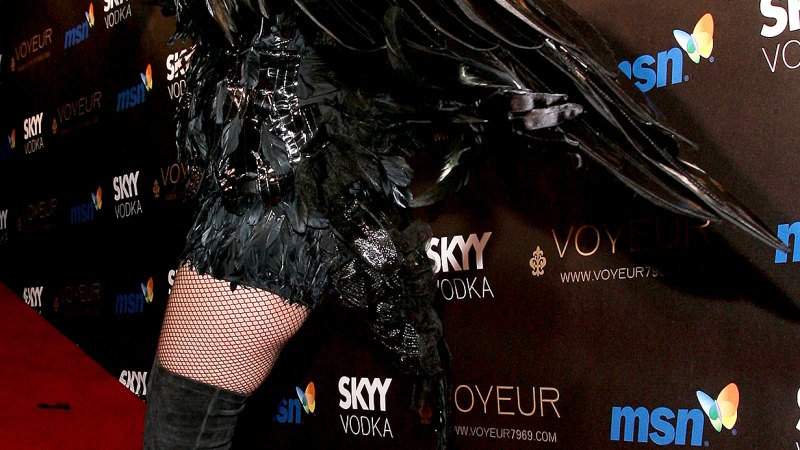 Dressed as a black crow, the jewelry designer was barely recognizable at her West Hollywood soiree. 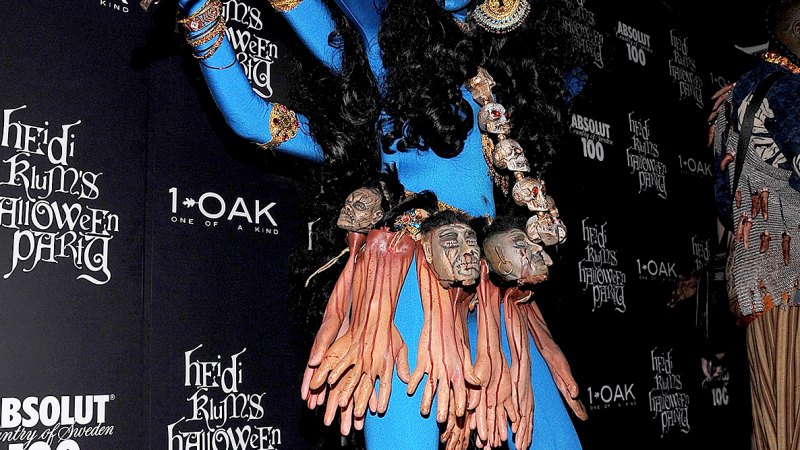 Klum stole the show when she transformed into the Hindu goddess Kali at NYC’s 1 OAK. The spirited star even sported custom crimson contact lenses and ghoulish fangs! 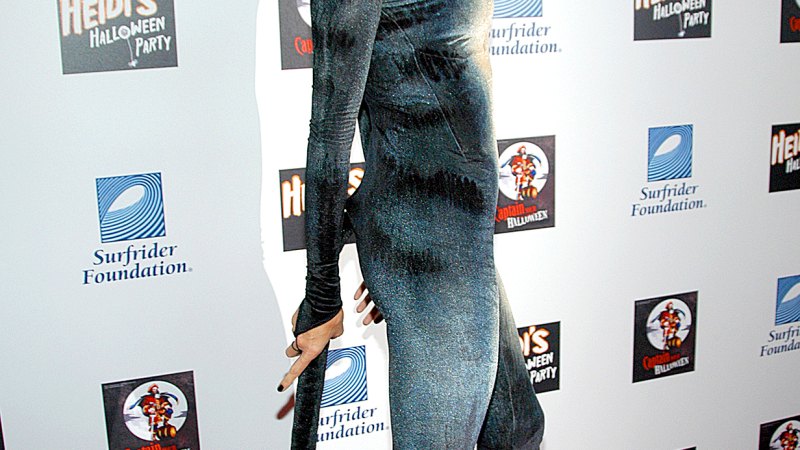 Dressed as a sex kitten for her L.A. party, Klum’s ID tag read: “If Found, Please Return to Seal.” 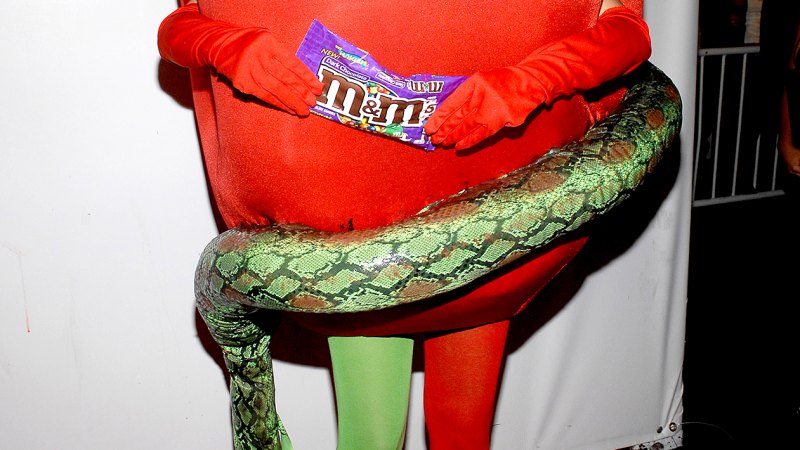 To cover up the fact that she was eight months pregnant, Klum took inspiration from the Garden of Eden at SBE’s Privilege in L.A. 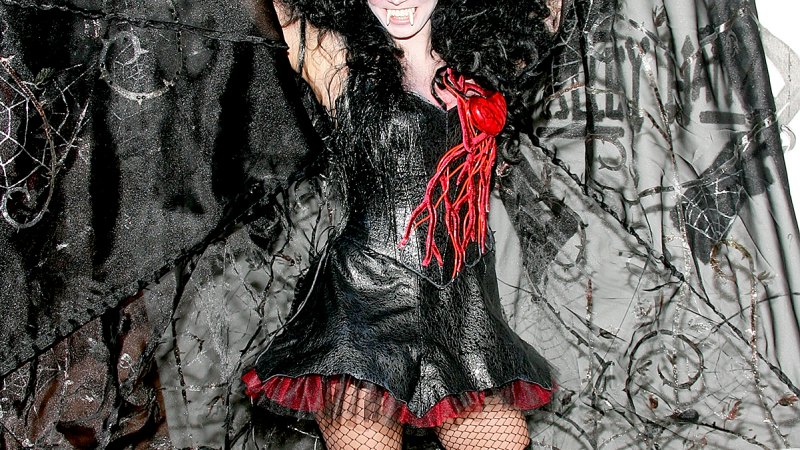 Long before Twilight became a phenomenon, Klum sported a daring vampire costume at Happy Valley in NYC. The outfit even featured a heart that beat outside her chest! 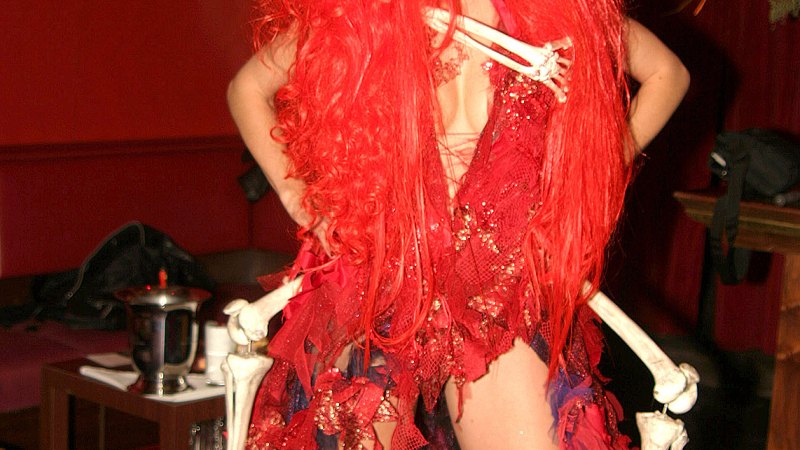 The supermodel dressed up as the Red Witch for her NYC blowout at Marquee. A skeleton was attached to Klum’s backpack, making it weigh nearly 50 pounds once the costume was complete. 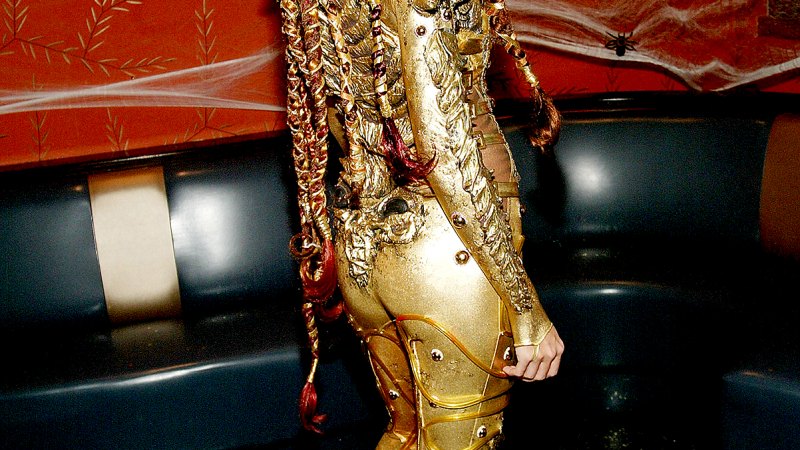 Klum morphed into an extraterrestrial for her fourth annual Halloween bash. She even arrived to her party via UFO! 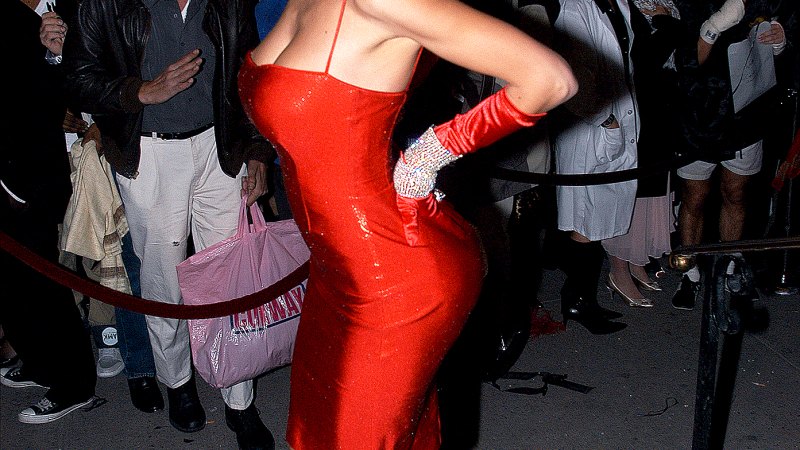 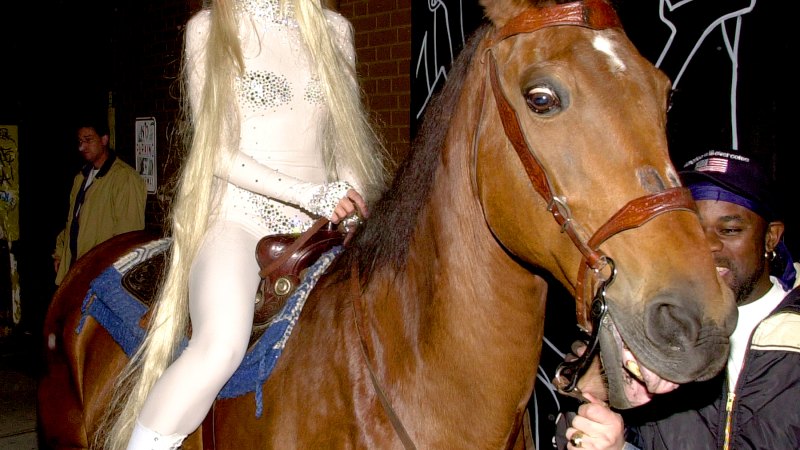 The German stunner made quite an entrance at NYC’s Lot 61 when she rode in on a horse. Dressed as Lady Godiva, Klum wore a bejeweled bodysuit and a super long blonde wig. 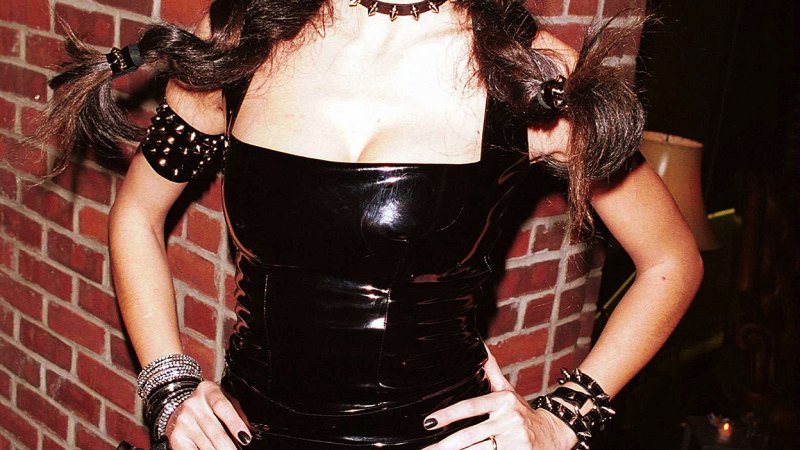 The Project Runway host looked like a bondage babe in a skintight latex dress. Klum accessorized her gothic look with a spiked choker, a jet black wig, and dramatic makeup. 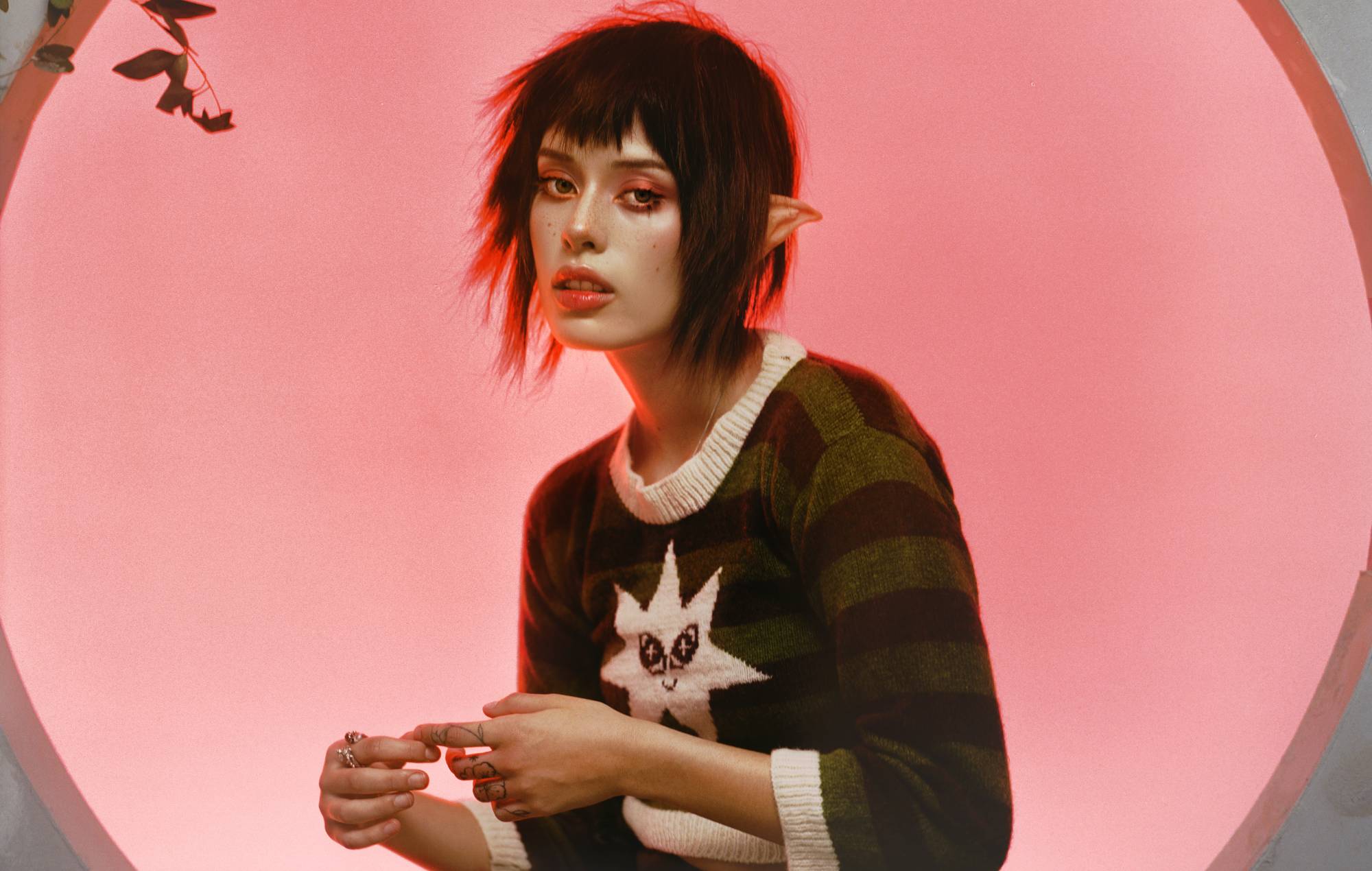 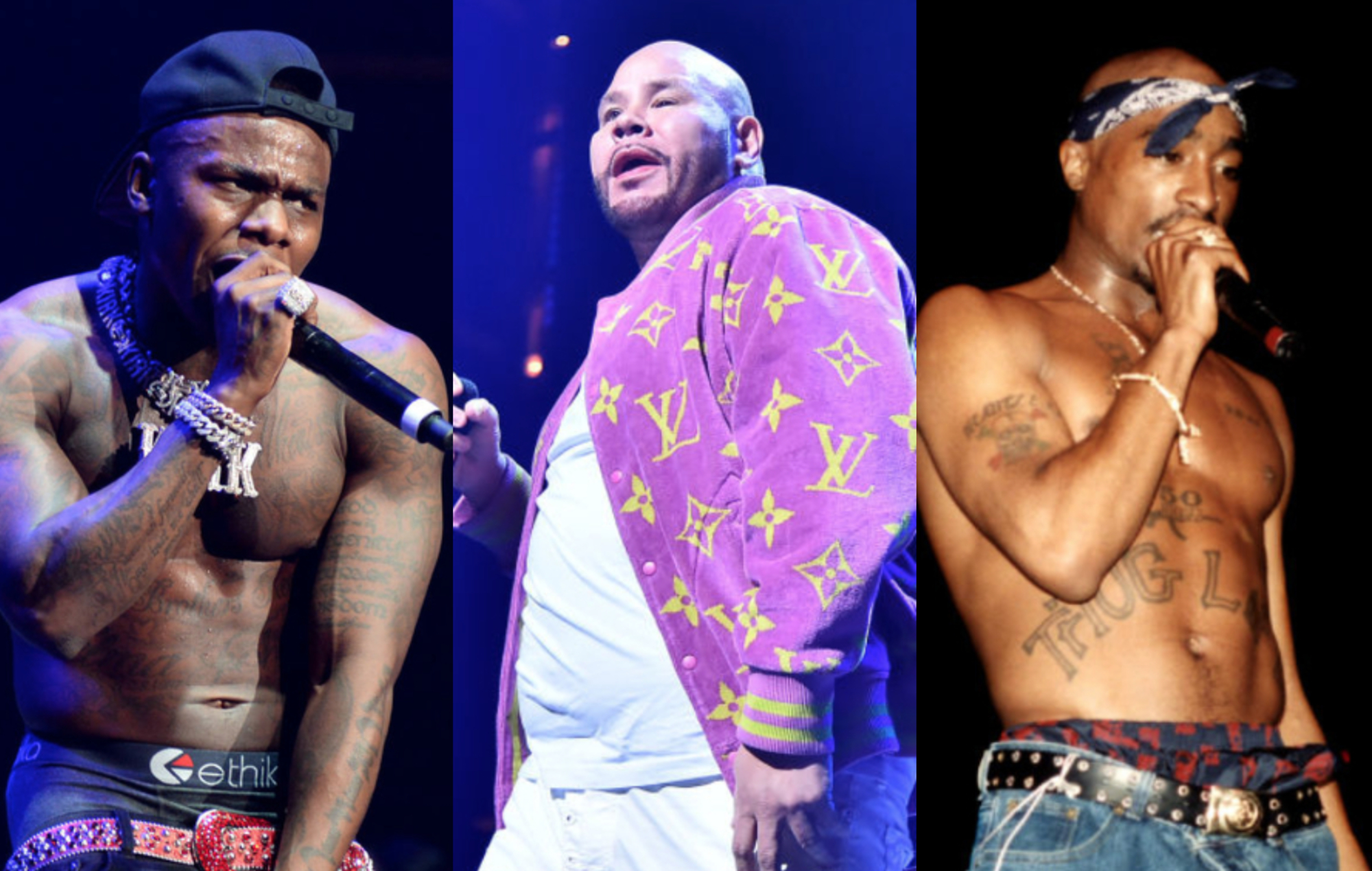 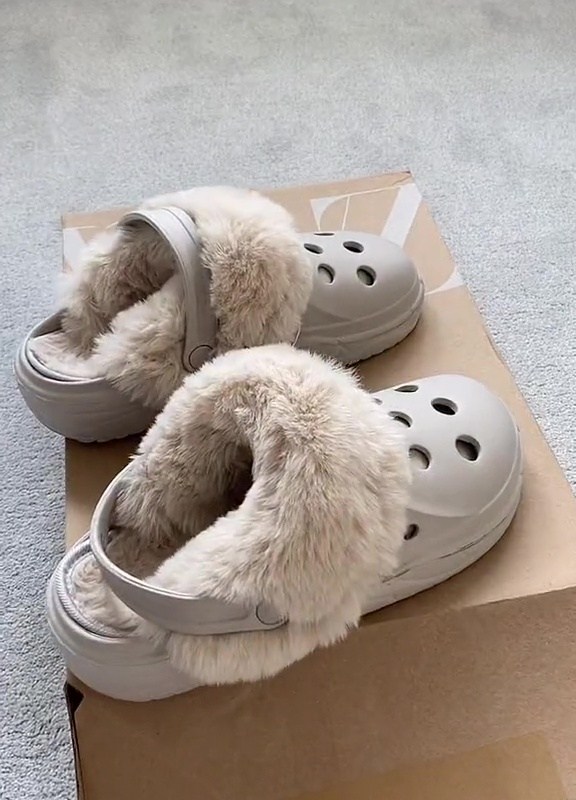 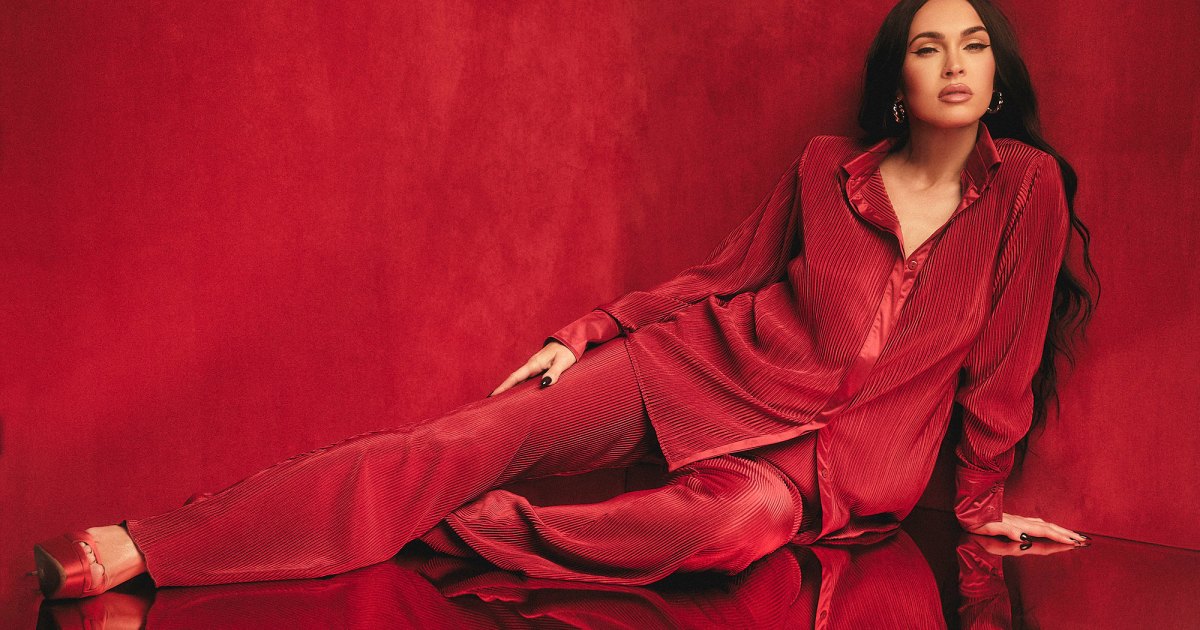 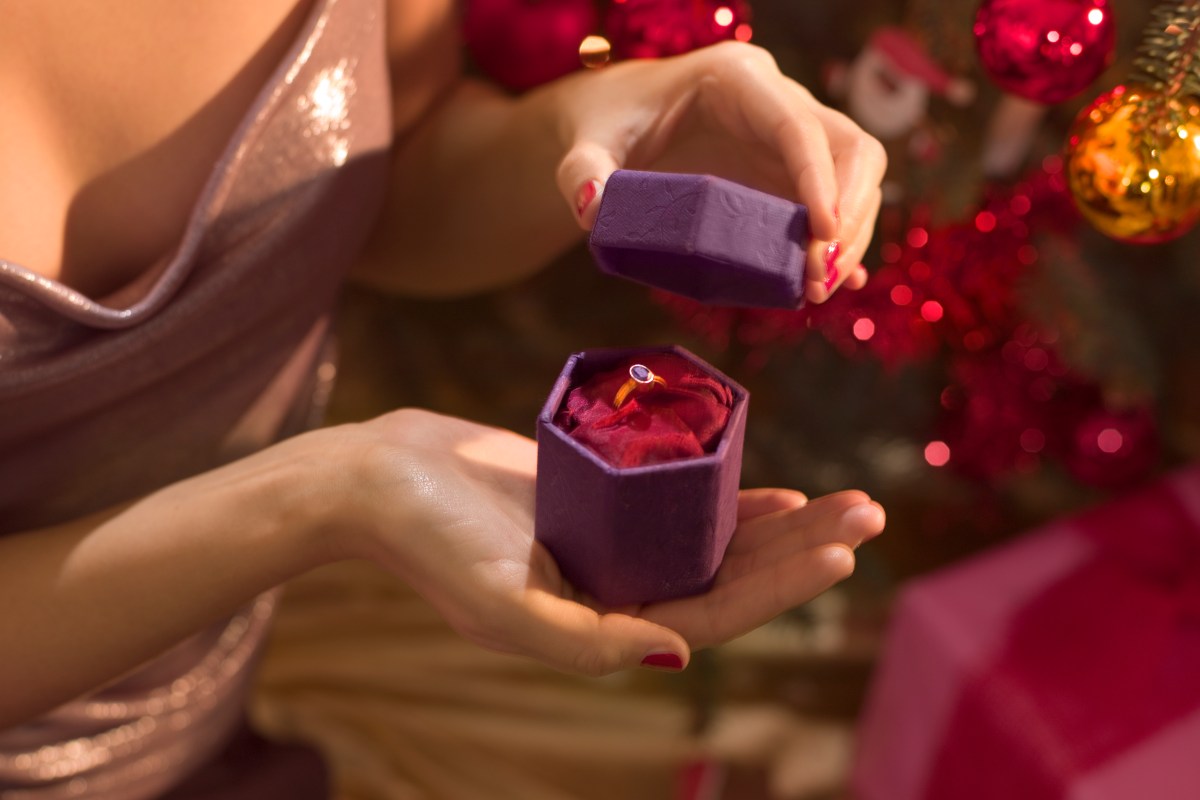 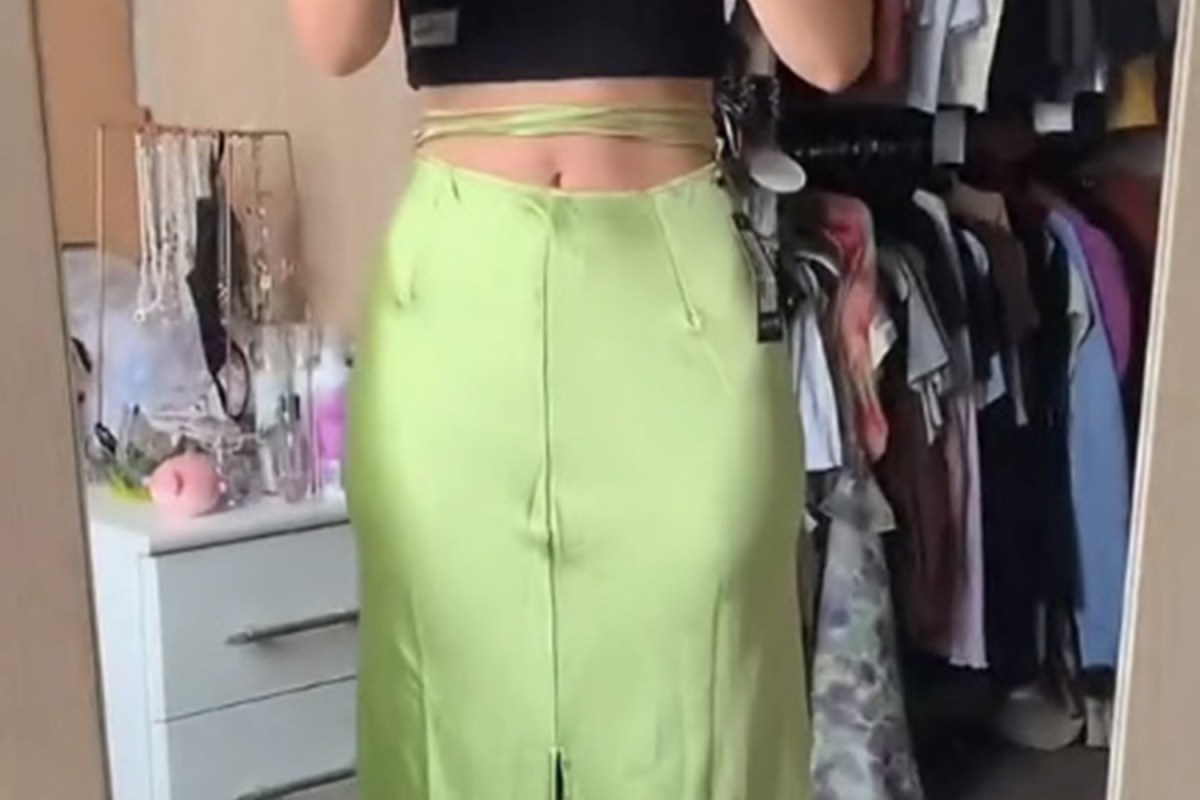 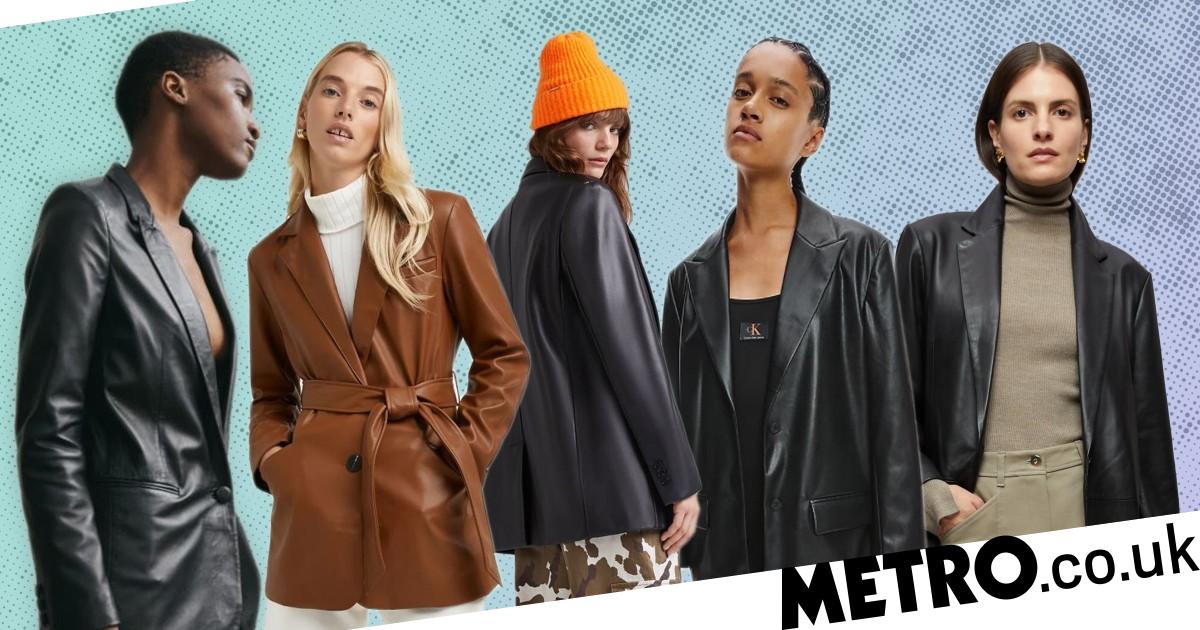 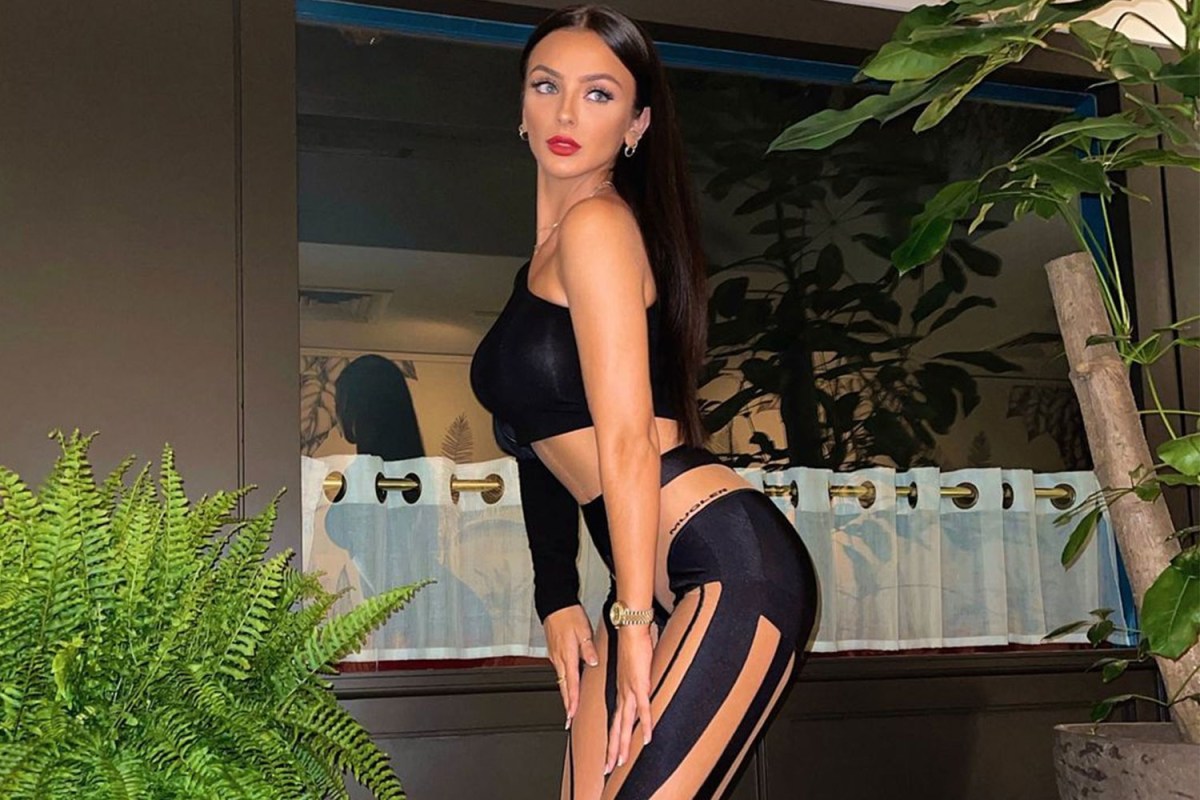