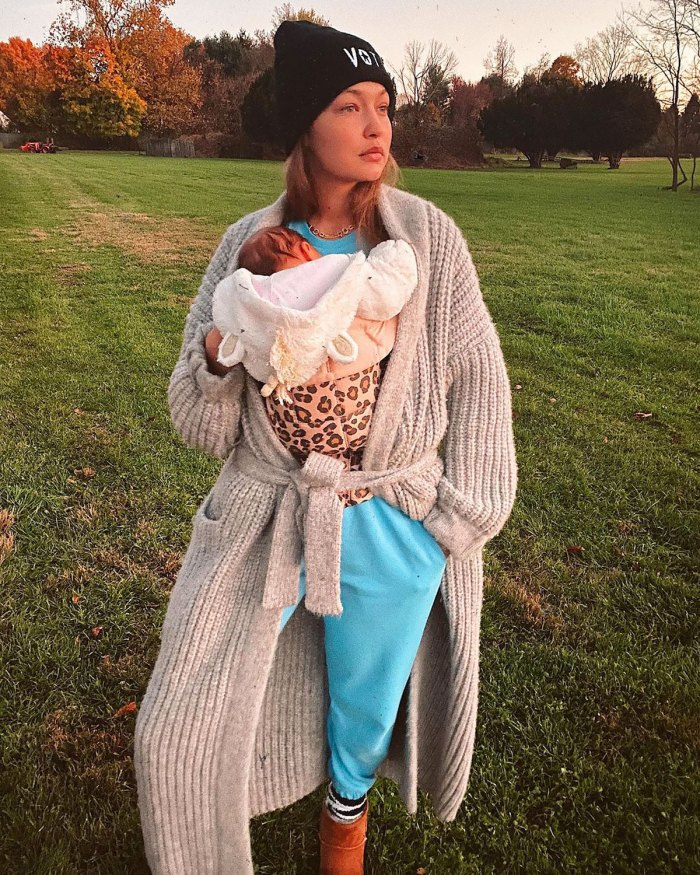 One thing is for sure: Gigi Hadid’s daughter Khai is one well-dressed little chick! At just 7-months-old, she already has quite the designer wardrobe — including a new Versace sweatsuit.

The faceless photo of little Khai is not only adorable, but it proves the little one is quite the fashionista! She’s struck the balance between cute and comfortable, wearing a bright red Versace tracksuit with the brand’s signature logo embroidered on the legs and arms. The set also features “Versace” written along the side of the sweatshirt. 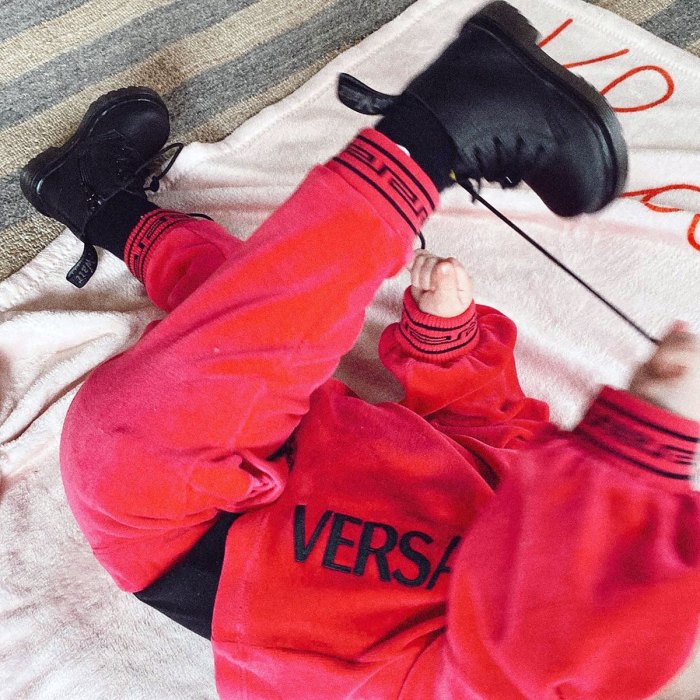 Of course accessories are just as important as the fit, so Hadid styled Khai in a pair of matte black Doc Martins. While her daughter doesn’t need a handbag at this stage in life, it’s worth noting that the Maybelline ambassador did get her daughter a super chic monogrammed baby blanket.

It’s no surprise that Hadid’s 65.4 million Instagram followers flooded the comments section, including Donatella Versace, who gifted the couture sweats to Khai. “Baby Khai is growing up fast, @gigihadid!! a very Versace baby, just like you,” the designer wrote.

Other famous friends like Lily Aldridge, Helena Christina and Christy Turlington dropped sweet emojis and messages in the comments section. Grandma Yolanda Hadid even popped in, dropping a heart.

Fans simply couldn’t keep their cool, freaking out about the designer getup. “7 months and she’s already a fashionista,” one person writes. Another chimes in with, “Versace princess.”

Still, many noted that they still wanted to see the baby’s face, which has yet to be shared with the world. “Isn’t it time to reveal the face,” a fans pleads. Someone else adds: “Can’t believe we still don’t know what she looks like.”

Even though the baby’s face has been kept hidden, Hadid has given little glimpses at Khai’s extensive collection of designer clothing.

As for her jewelry collection? Well, she already has a diamond bracelet with her name on it — literally! Hadid took to Instagram on April 13, to show a few snaps from her day at The Metropolitan Museum of Modern art with father Mohamed Hadid.

Buried in the series of snaps was a sweet photo of Mohamed holding the the little one’s hand, which was adorned with a monogrammed gold bracelet with “KHAI” written in pavé diamonds.