WE ALL have a preferred style when it comes to what we want to wear on our wedding day, and with so many options and factors to consider, choosing the right one could take some time.

One bride decided on a simple strapless gown as many woman do, and snaps of her wearing it have since gone viral online – but for all the wrong reasons. 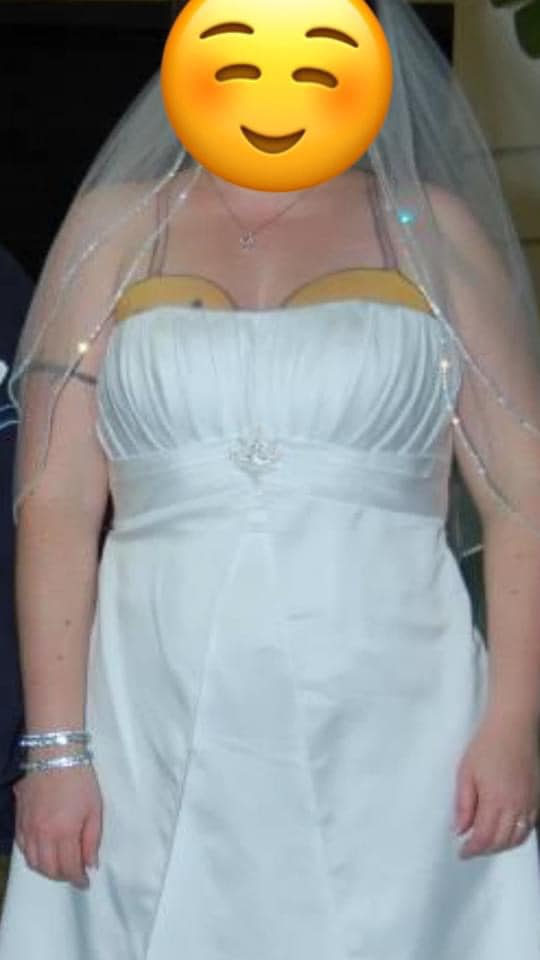 A photo of the bride has gone viral for the enormous tattoo she has on displayCredit: Facebook

You see, the strapless design means her décolletage is exposed and with that so too is her very large bright yellow tattoo which covers her chest area.

But it’s not just any tattoo, it appears to be two yellow-faced emojis – one above each of her boobs – and it’s caused quite the discussion online.

What’s more, the two not so discrete emoji-style etchings are joined by an inked strap which goes over each shoulder.

The unusual body art design makes it look as if she’s wearing a “smiley face bra”, according to some people, and Facebook users are not ok with it. 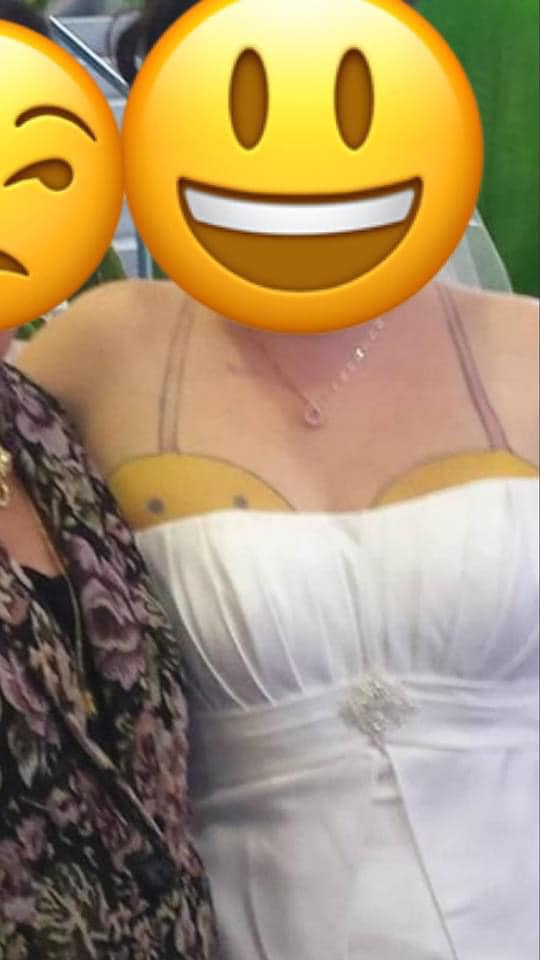 She appear to have two very large yellow emojis above each of her boobsCredit: Facebook

Snaps were posted anonymously on Facebook where people took aim at the look.

Many were intrigued and were desperate to know what the entire tattoo looked like.

One wrote: “I’m not sure I’ve ever wanted to see a girl topless more for completely non-sexual reasons.”

Another added: “I need to see the entire tattoo! Like, is her entire boob just a yellow smiley face?”

A third commented: “Honestly I would just like to know what the whole tattoo is.”

But other were left scratching their head.

And another questioned: “Why? I have so many questions.

“Who goes to the tattoo shop and says ‘Can I get a smiley face bra on my boobs?'”

In other wedding news, this bride has revealed how she got married for £1.5k and found her wedding dress in Oxfam.

And people gush about how beautiful this bride’s wedding dress is… then realise she’s actually just a GUEST.

Plus a bride-to-be was flooded with sleazy messages after sharing wedding dress photo.