A MAN has claimed that Boohoo and PrettyLittleThing are “ripping shoppers off” by removing other brands’ labels before attaching their own.

TikTok user @thatbushyhaired showed footage he claimed he took while he worked as a subcontractor doing work on one of their buildings.

TikTok user @thatbushyhaired uploaded a video claiming that Boohoo and PrettyLittleThing chop out other labels before adding their ownCredit: @thatbushyhaire/Tiktok 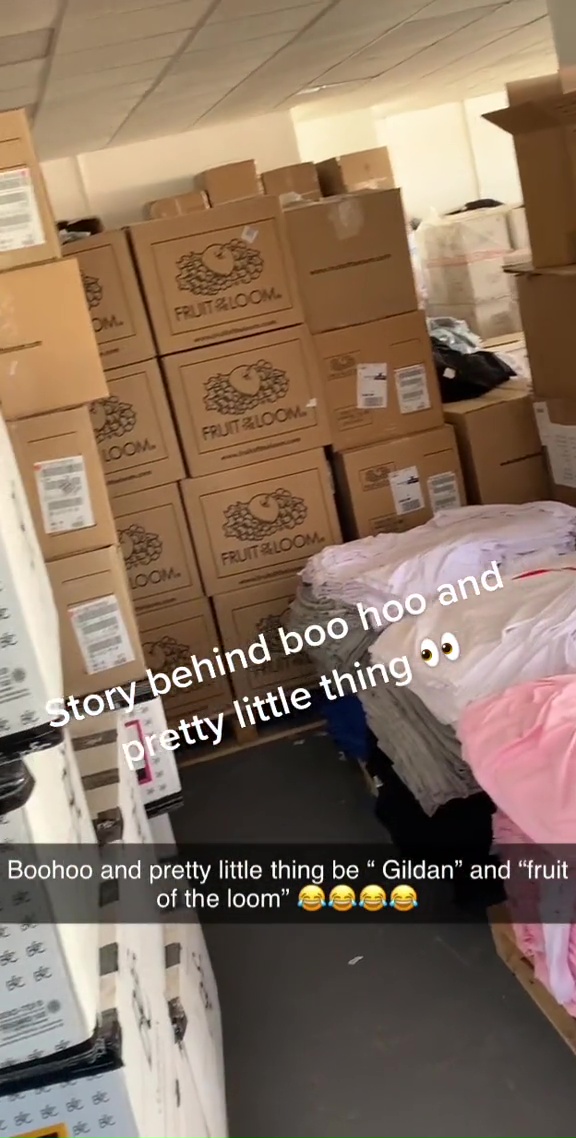 He claimed that Gildan and Fruit of the Loom items are resold on the sitesCredit: @thatbushyhaire/Tiktok 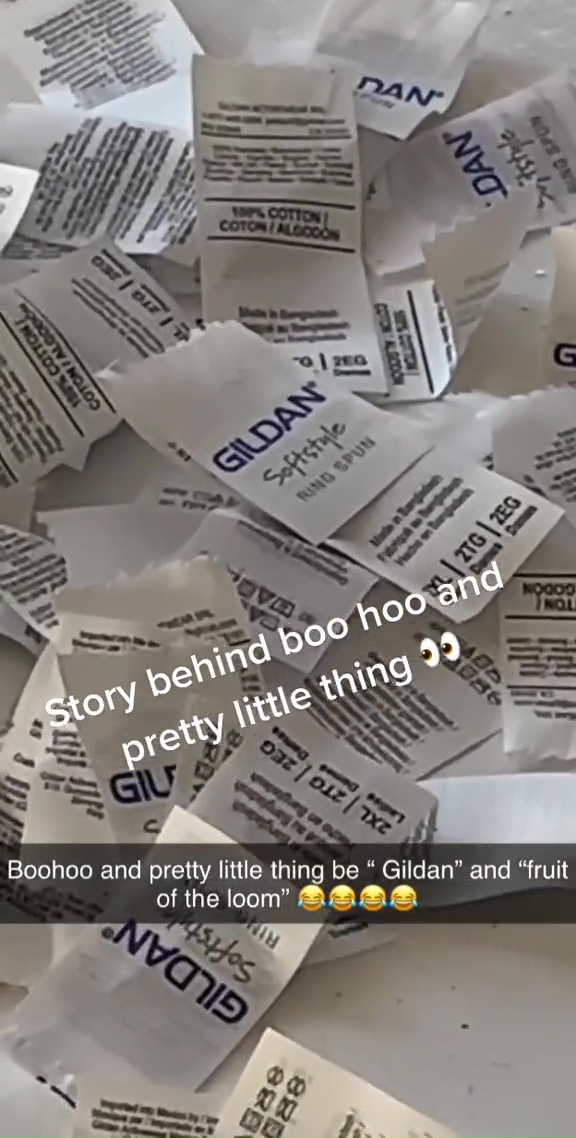 The man claimed he took the footage while he worked as a subcontractor doing work on one of their buildingsCredit: @thatbushyhaire/Tiktok

In his video, which has racked up 1.3million views, he said he was going to tell fans “the story behind Boohoo and PrettyLittleThing.”

He said in the viral clip: “I’m at this clothing factory and they are taking all these labels off and putting Boohoo labels and PrettyLittleThing labels.

“You lot are all wearing Gildan bro. Madness.”

He also panned the camera onto what appeared to be Fruit of the Loom boxes, and claimed those labels were also removed from garments before the new ones were added.

He added: “You are getting ripped off.

“Imagine all you girls who are wearing Boohoo and PrettyLittleThing comes from this factory here.

“This is where your Saturday night garms are coming from.”

It’s not the first time PLT has been accused of snipping out other brand labels before adding their own.

Scores of angry customers have complained to the retailer after items promoted as PLT originals have arrived bearing labels from Fruit of the Loom and Redtag Active among others.

The revelation came as PLT’s billionaire founder Umar Kamani furloughed his staff at the taxpayers’ expense.

Rianne Eames told Fabulous how a pair of grey jogging bottoms she ordered from PrettyLittleThing, costing £20, arrived with a Fruit of the Loom label inside.

When she Googled them she discovered that elsewhere they sold for less than £7.

Umar’s wealth has allowed him to buy a fleet of cars, including two Rolls-Royce Phantoms, a £300,000 Lamborghini Aventador, a £92,000 customised G-Class Mercedes and a high-end Range Rover.

He leads a playboy lifestyle, regularly travelling by private jet to socialise with the likes of P Diddy, Jennifer Lopez and Denzel Washington and Kylie Jenner.

Pretty Little Thing reported a turnover of £374m in 2018, six years after Umar launched the company. 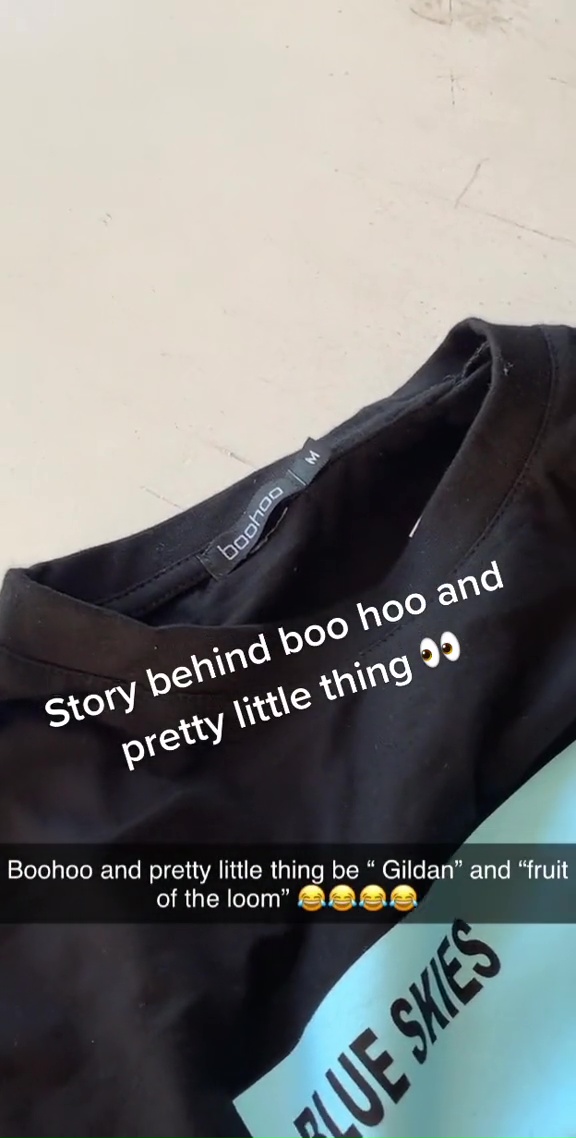 In his video, which has racked up 1.3million views, he said he was going to tell fans ‘the story behind BooHoo and PrettyLittleThing’Credit: @thatbushyhaire/Tiktok 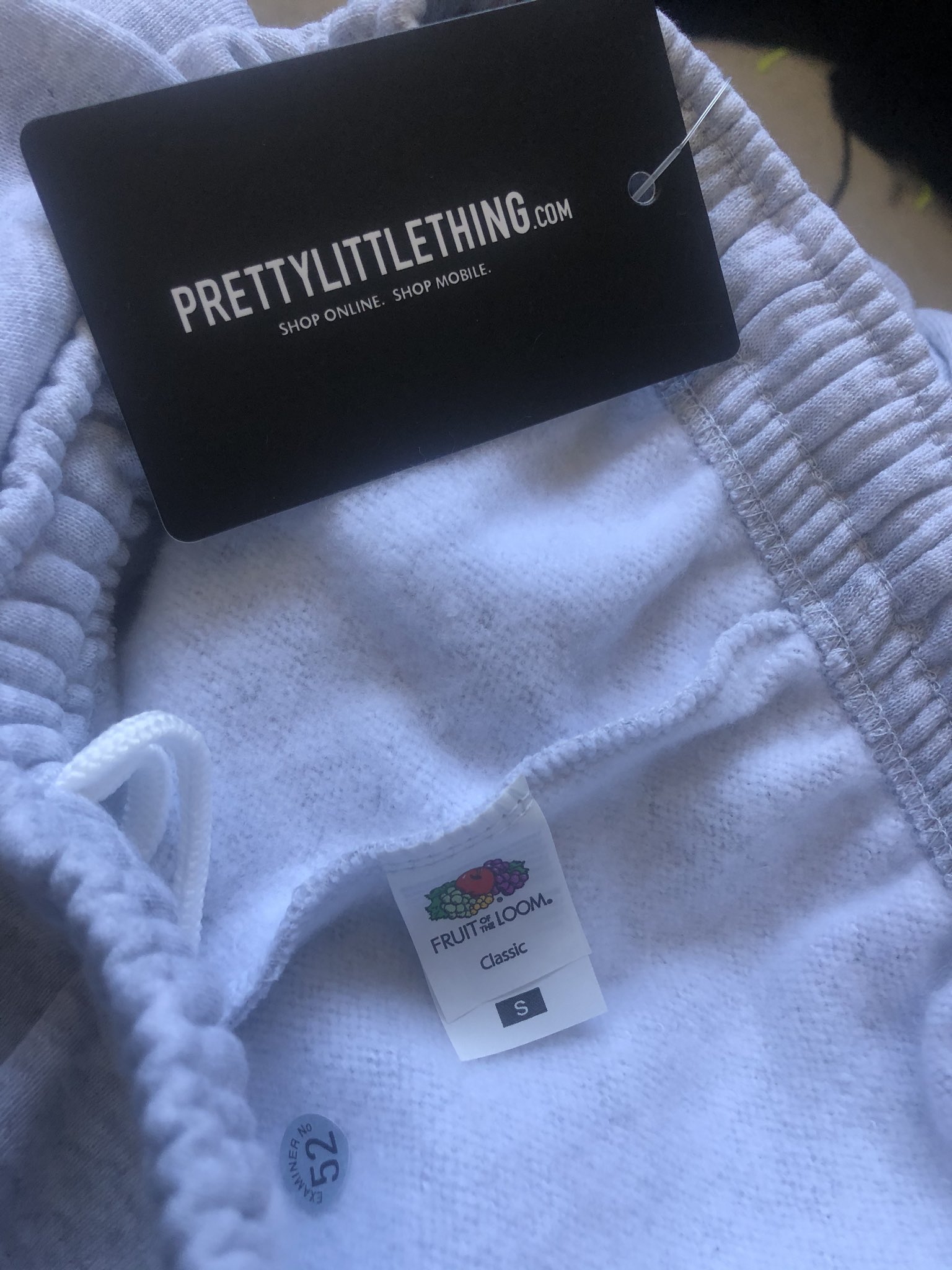 Rianne Eames previously told Fabulous how a pair of grey jogging bottoms she ordered from PrettyLittleThing, costing £20, arrived with a Fruit of the Loom label inside 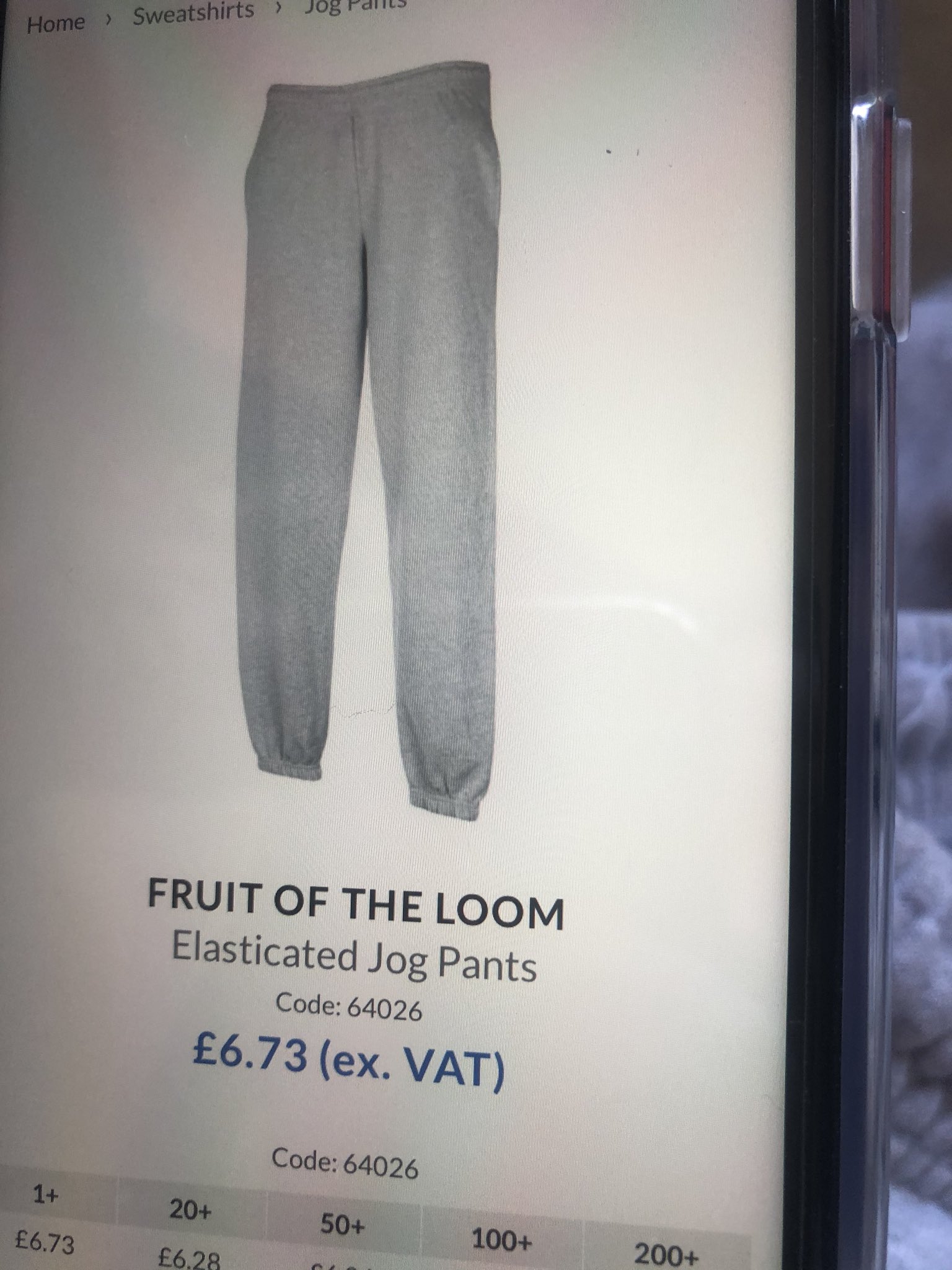 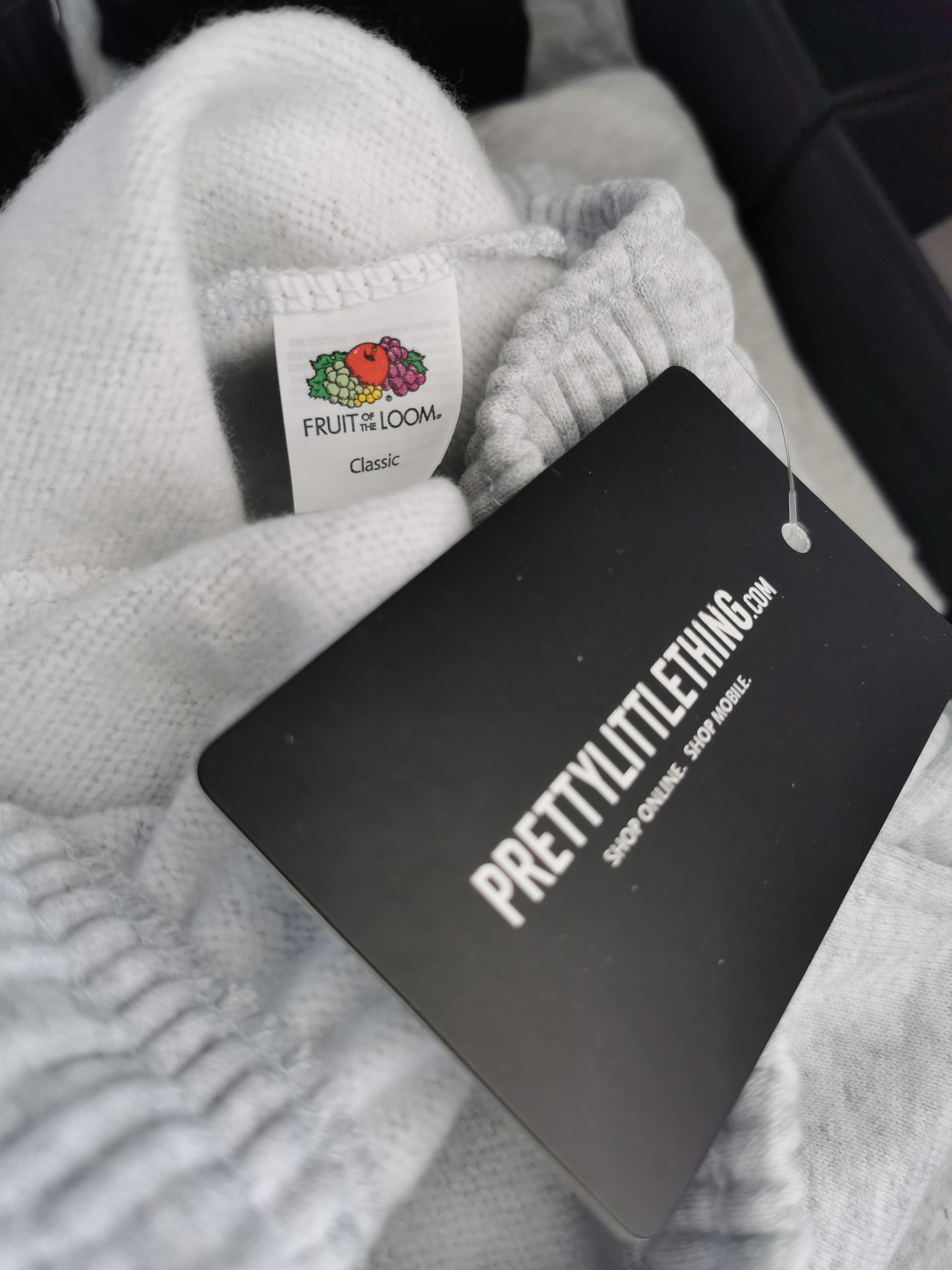 Other people have also complained

We previously shared how a shopper was left outraged after PrettyLittleThing offered to send her original delivery as long as she deleted a negative social media post after an order mix-up.

And this shopper lashed out at PLT after the dress she ordered arrived “stained with blood”.

Plus this woman was horrified after live spiders crawled out of her PrettyLittleThing order.