A BLOKE has revealed he irons his shoes to get them looking as good as new – and it saves him a bundle on designer footwear.

Miguel Solorio, aka the shoe doctor, shared a series of clips revealing how he restored a pair of second hand Nike Air Force Ones, and the secret is an iron. 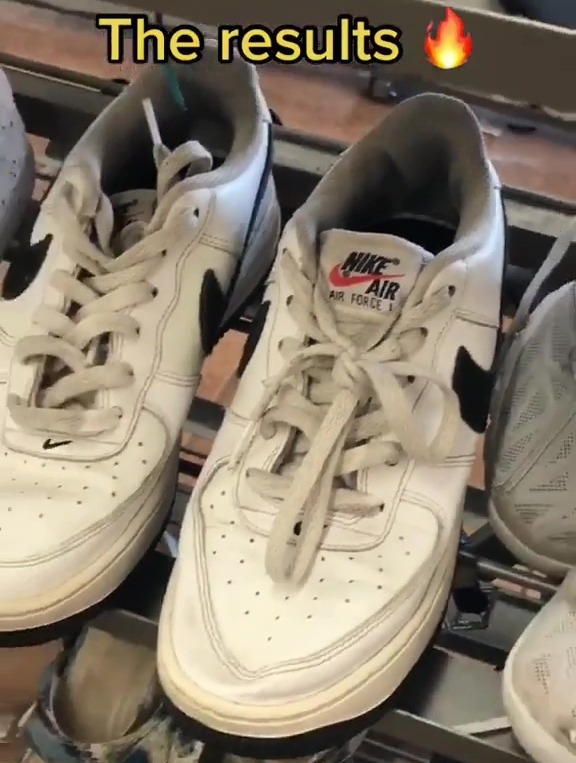 Miguel spies a battered pair of Air Forces Ones in a second hand shopCredit: TIKTOK

Posting to TikTok, Miguel spied a pair of the expensive trainers in a second hand store, saying: “The doctor just found some Air Force Ones

He starts on the left shoe, which costs £90 new, and begins by taking out the shoelaces.

Miguel says: “Take off the laces, put the shoe tree on, get my shoe cleaner ready and pour it on my sponge. 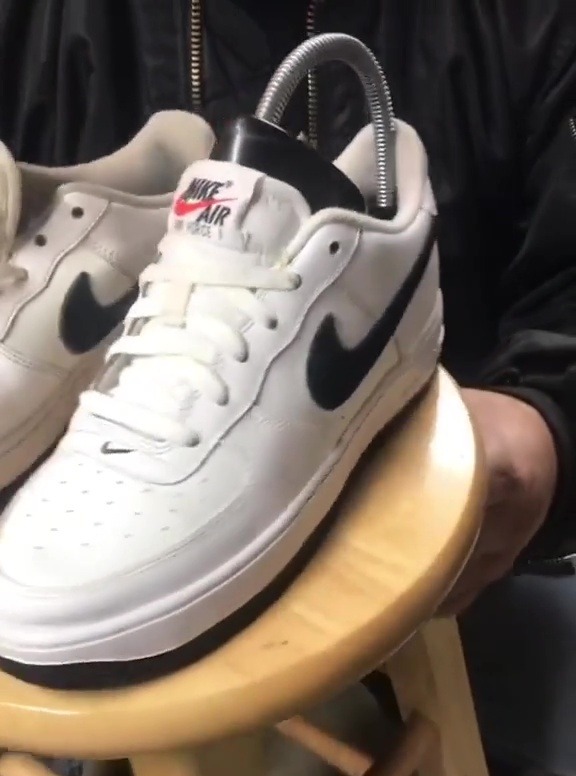 He washes the shoe inside and out, and even scrubs the laces by handCredit: TIKTOK

“Nobody said it was going to be easy. Scrub it down, take all that yellow out.

“Don’t forget this is going to be a deep clean, so even the insoles and the liners. You can’t forget about the shoelaces.”

He scrubs everything with a sponge and a brush, and washes the laces by hand.

“Then it’s time to iron,” he says, as he puts a cloth over the shoes then steams out the creases. 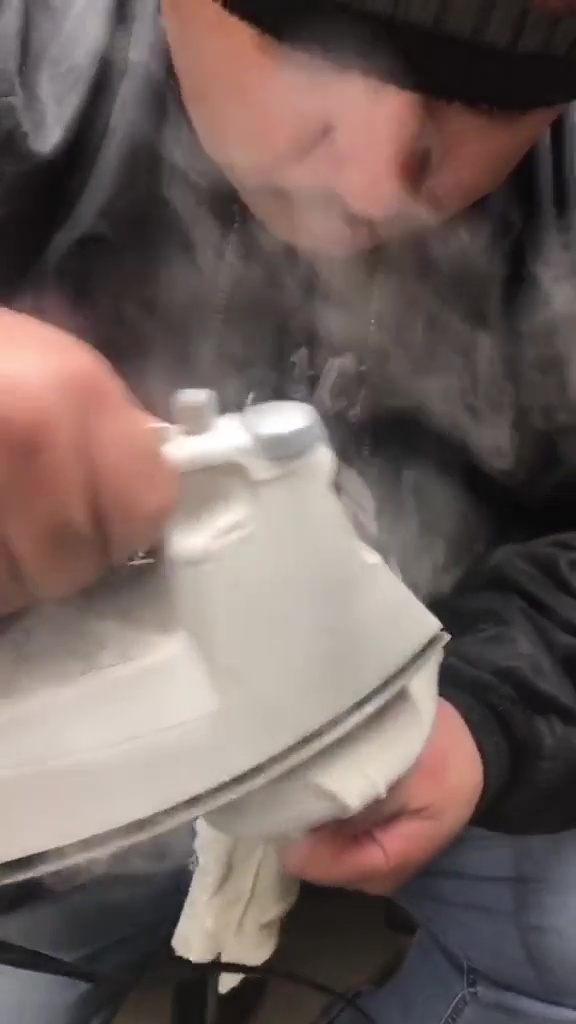 He irons out the creases in the shoes using a damp towelCredit: TIKTOK

He compares the left and right shoe, saying they’re like ‘night and day’.

He shared a separate step-by-step tutorial on Instagram explaining how to get creases out of your shoe – and cold water is key.

If you don’t have a ‘shoe tree’ or spacer then don’t worry, as he says you can just stuff the toe with a rag or shirt. 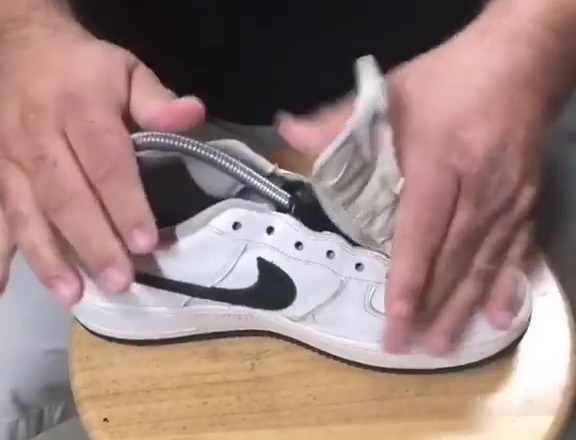 Miguel says the difference is like ‘night and day’ after cleaning the left shoeCredit: TIKTOK

He says: “Get a rag or something you can put in the shoe, and make sure you put a lot of pressure on it. Double check if everything is even.

“Get a towel and damp it, once you’ve done that put it on top of the shoe.

More than three million people have watched his shoe restoration, branding him a ‘genius’. 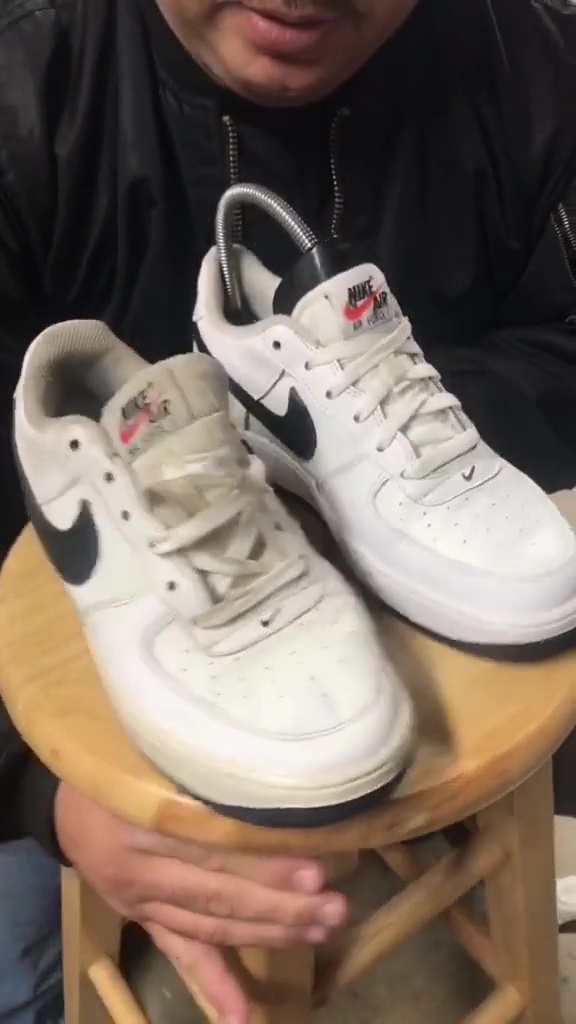 He says he saved himself a fortune on a fresh pair of trainersCredit: TIKTOK

One person said: “Don’t tell me you just decreased them by ironing them omg genius.”

Another wrote: “I have never seen anyone bring shoes back to life like this!”

A third commented: “Those are literally $100 brand new at the store I work so.”

Someone else raved: “Dang big difference.”

While another added: “So impressed.”

Meanwhile this man reveals how to fix a broken zip in under 60 seconds & people think it’s genius.

And this mortified model told to ‘cover up’ on plane with hi-vis jacket because her outfit was ‘inappropriate for flying’.

Plus this woman’s clever towel hack will stop your car windscreen freezing overnight.