There’s power in hair. Black Panther‘s lead beautician Camille Friend made it her mission to create an authentic and captivating depiction of African and Black American beauty.

First and foremost, Friend wanted to pay homage. “We took inspiration from the Zulu tribe, the Masai tribe and the Senegalese Warriors,” she told Us Weekly exclusively ahead of the second installation’s release. “I always like to start with the traditional because that’s the basis. That’s where everything comes from.” 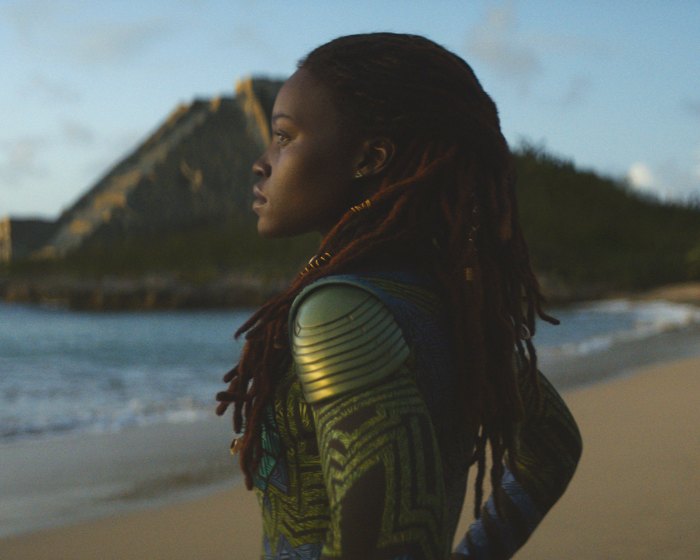 She continued: “[Our hair] is ever evolving and when you see Wakanda Forever, that will be evident.”

Wakanda Forever follows the leaders of the fictional country as they fight to protect their nation following the death of King T’Challa, who was portrayed by Chadwick Boseman in the first film. The Golden Globe winner died in August 2020 at age 43 following a private battle with colon cancer. Director Ryan Coogler revealed after Boseman’s passing that he decided not to recast the role.

“When I started talking to Ryan, I quickly understood that this movie is about the women,” Friend told Us. “So, with Queen Ramonda (Bassett) — she’s a mother in mourning, so keeping in line with tradition she would have cut her hair and we’re finding them at a time where it’s growing back out. So, we’re getting an understanding of grief through her hair journey. It’s in its natural state, we’re seeing texture.”

As for Shuri (Wright), “We kept the back of her head shaved but it was done in a more mature way because with everything’s that happened, she has to grow up now,” the beauty guru explained. “In the first, she had braids and would rock playful buns but now she’s got this edgy cut … it’s a hairpiece we used, and we would double strand twist it and then pick it out.”

To bring the many styles to life, Friend relied heavily on an array of trusted beauty products. “One of my favorite products is by Better Not Younger and it’s called the Super Power Hair & Scalp Duo. It really helps stimulate your scalp and hair growth. I used it every day.”

Making her work even more special, Friend has watched as the hair in the film has influenced the real world.

“When we did the first movie, you couldn’t find hair that came in a 4A, B or C texture. We had to make everything. We permed everything. Fast forward to now, you can buy it all. I call it the Black Panther influence. Hair brands understand they have to do more, do better. People are feeling empowered. We won’t settle for something that isn’t right for us. We’re being heard.”

Why Your Recruiting Strategy Should Target Military Veterans