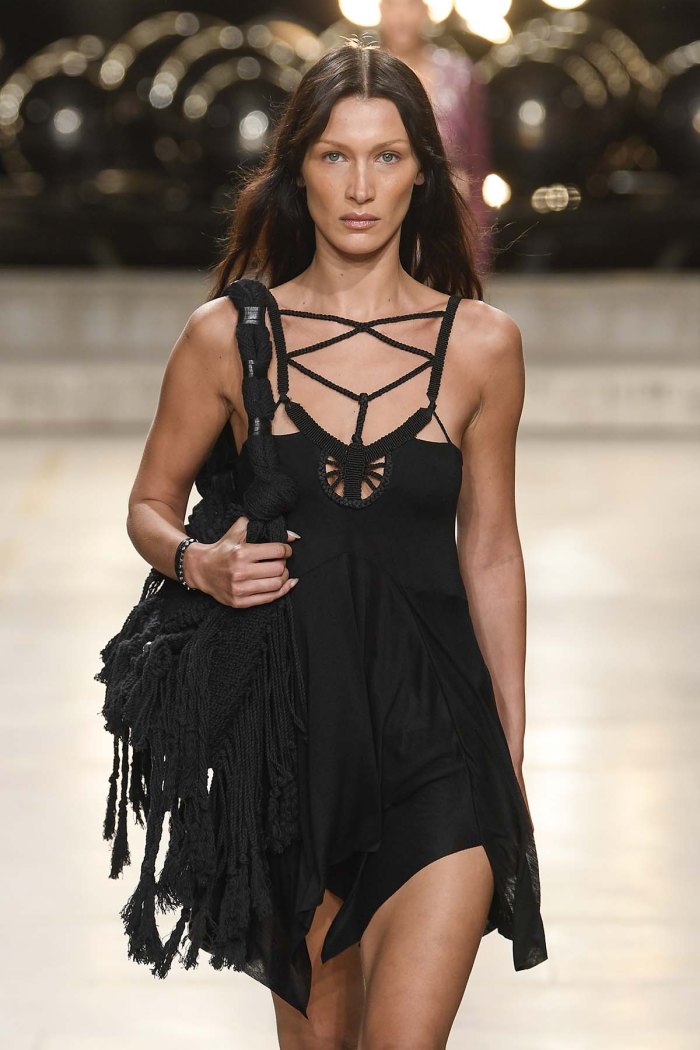 She wears it well. Bella Hadid stripped down to have a dress painted on her body during the Coperni show at Paris Fashion Week.

“For spring 2023, @coperni dedicated its runway to ‘women of this world,’” Vogue wrote via Instagram on Friday, September 30, alongside a clip of the show-stopping fashion show finale. In the video, the supermodel, 25, poses onstage wearing nothing but a nude thong as two men spray paint directly onto her body. After the material comes together to form the shape of a figure-hugging, midi-length dress, an artist finishes the garment with some strips of fabric and scissors. 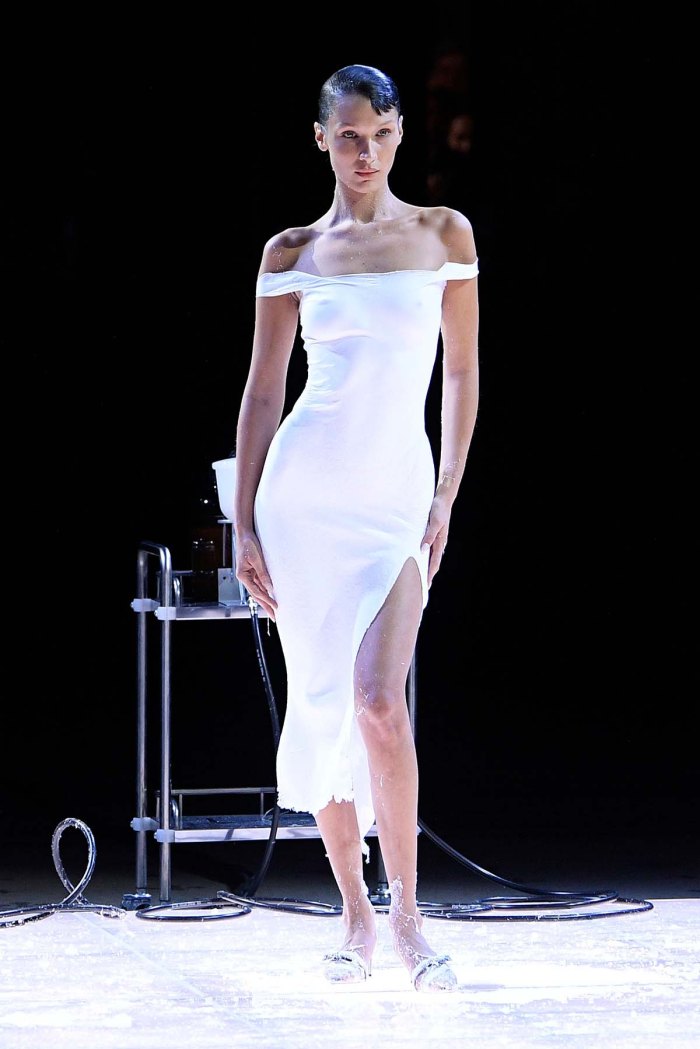 Hadid then struts down the runway wearing the finished dress — a white, off-the-shoulder garment with a thigh-high slit. The Washington D.C. native later shared a video of — the dramatic moment on her own Instagram Story.

While some people might be intimidated by the idea of having clothes painted on their nearly-naked form in front of the world, Hadid has previously joked about her preference for showing some skin. “I’m just a tiny top kind of girl,” she said in a “Life in Looks” video for Vogue in August. “I love oversized pants, I love oversized jackets, I love sexy masculine. I also love to show a little skin. I don’t think there’s anything wrong with skin.”

Hadid later added that she often channels her “alter ego,” Belinda, when she needs an extra boost of confidence to rock a skimpy outfit. “I’m just so the opposite of her. She is very va-va-voom,” she told the outlet. “Bless her, love her. She was very nervous.”

As the Ramy actress has gotten older, she’s also gotten more comfortable with showing her true self to her fans. “It’s like there were two Bellas — me, this person in the process of figuring out who she was, and ‘Bella Hadid’ the alter ego, who was, I dunno, a sexbot who goes out every night?” she told Vogue in their April cover story. “I have insane social anxiety! Partying is not my thing, but I felt enormous pressure to project that image because I assumed that’s all people wanted from me.”

She continued: “Now I don’t want to live in that box. I definitely feel like I’m allowed to speak.”

Hadid has previously been open about her struggles with anxiety, revealing in January that she often felt like she was “in a fog” when her mental health was at her worst. “I would have really depressive episodes and my mom or my doctor would ask how I was and instead of having to respond in text, I would just send them a photo,” she told WSJ. Magazine at the time. “It was the easiest thing for me to do at the time because I was never able to explain how I was feeling.”

Thanks to therapy and medication, Hadid has reached a place where “my brain fog is feeling better, [and] I don’t feel depressed.” She continued: “I don’t have as much anxiety as I usually do. But tomorrow I could wake up and [be] the complete opposite.”