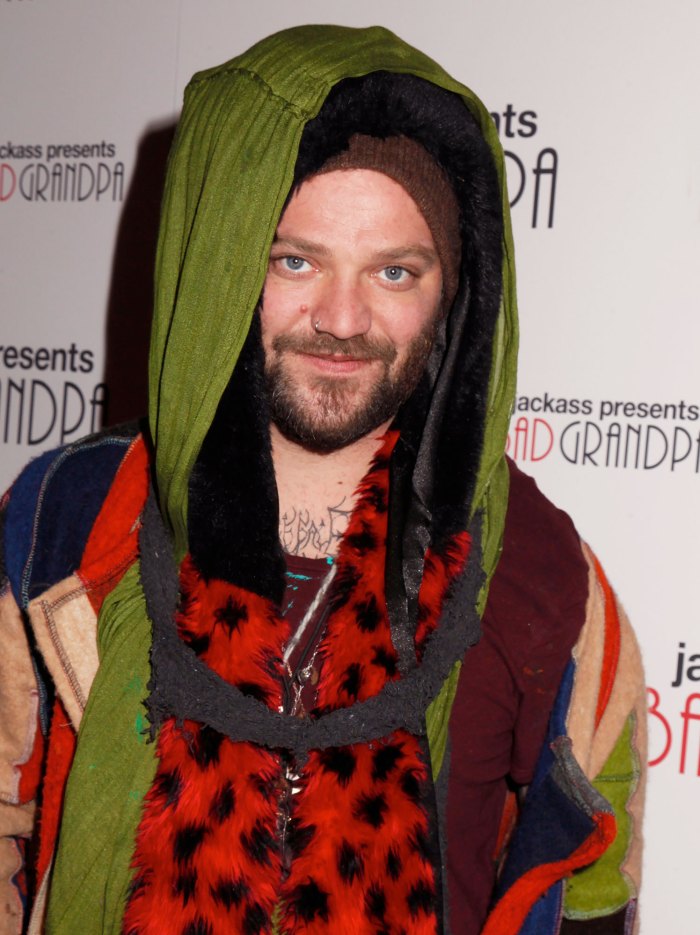 That one’s gotta hurt! Jackass star Bam Margera took to Instagram on Monday, March 8 to share that he was recently hospitalized for a staph infection after receiving a large tattoo on his leg. And, judging by the bloody photos of his Farsi ink, it’s clear that the infection is causing a lot of pain.

The 41-year-old stunt performer has experienced his fair share of discomfort, so it’s safe to say that when the Margera claims “it f—king hurts very bad” he’s not joking around.

“I love how I did not take care of my tattoo, now I have to deal with the pain of a staff infection. In Farsi it says “great news” aka Navid. But I let my great news get infected ?high five me because I’m an asso who deserves it ?❤️,” the actor captions an Instagram photo of his red and swollen leg covered in what appears to be Neosporin.

A few hours prior to the above post, Margera, who is father to 3-year-old Phoenix, shared a snap from inside the hospital. The picture of his inflamed infection is captioned, “The only person I can blame for my staff infection … I deserve it …”

While unconfirmed, Margera could have contracted the infection when he first received his new ink. “Staph is frequently spread via contact, including with contaminated substances such as tattoo pen or ink, or if the skin is not sterilized properly,” Dr. Robert Finney, board-certified cosmetic dermatologist at Entiére Dermatology tells Us Weekly’s Stylish. “So if the pen was not properly cleaned or the ink got contaminated and it was used on another person, you can get a staph infection from it.”

It’s also suspected that Margera contracted the infection after sitting a hot tub, according to a TMZ report. While it is possible, Dr. Finney says that staph bacteria should be killed in a hot tub that’s treated properly. “It is unlikely, but possible depending on who is taking of the hot tub,” he says.

The good news is, Margera has received treatment and — fingers crossed — is on the mend. According to Dr. Finney, superficial staph infections are typically treated with topical Neosporin or antibiotics. “Often oral antibiotics are required, especially in the case of a staph infection from a tattoo.”

Margera didn’t have the easiest recovery with his most recent tattoo, but it appears that his new ink is healing just fine. The skateboarder posted a photo to Instagram in March 2021 showing off his new neck tattoo. He captioned the post, “New tattoo. Danny way in Striggoi,” referencing fellow skateboarder Danny Way.

The return of the 5% deposit mortgage scheme – what does it mean for you?