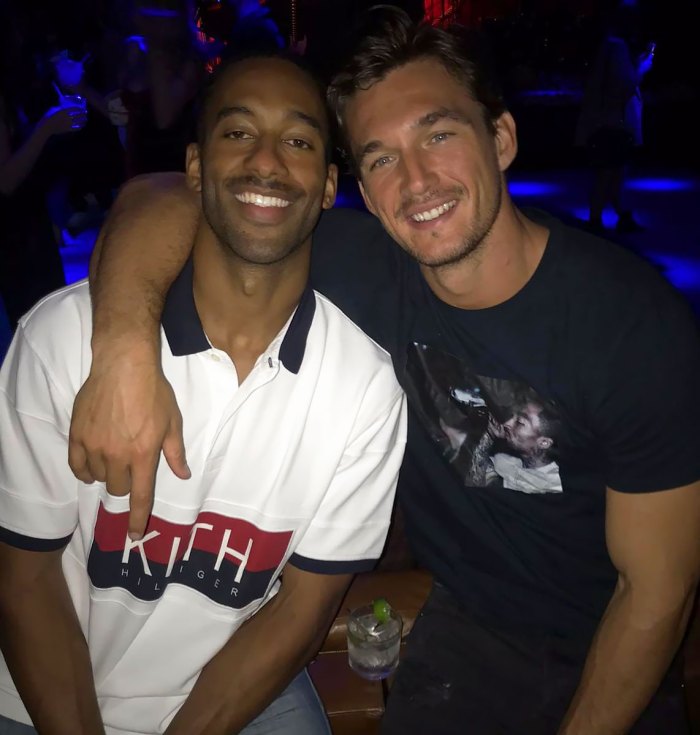 OMG! The Bachelor star Matt James joined his friend Tyler Cameron to get bikini waxes in the most hilarious video.

In a video that published on Monday, January 11, Bachelorette alum Cameron, 27, takes his friend James, 29, to the spa so he can experience first-hand what many female contestants do before heading to the Bachelor mansion.

Wearing black bathrobes with their initials on them, the two men, joined by two other friends, enjoy an entire afternoon at the spa. After a lovely day getting manis and facials, the four boys head to the waxing bar to get bikini waxes — and it is a whole ordeal.

“So we’ve done our nails, we’ve done our faces. Now, it’s time to really put you through the test of what women go through,” Cameron says as he directs his three friends down the hall. “Now you’re about to see what it’s really about. We are at the waxing bar.” As the camera pans to James’ face, he expresses a mixture of shock and disbelief.

After pulling numbers to see who goes first, Cameron picks up the lucky — oh unlucky! — number one. “I don’t even know what to say man. I’m just nervous,” he says.

“He’s the dude who recommended this, so like, he’s got to nut up,” James says directly to the camera. “No pun intended.”

At this point, Cameron explains that he specifically asked to use the white strips to get the job done. However, the pros advised against this.

Throughout the rest of the 10-minute clip, you watch three of the guys get bikini waxes and one of them gets his armpit waxed.

When Cameron lays down on the table, he watches the aesthetician mix up the wax. “We have to wait a minute,” she tells him. “Sorry it’s a little warm.”

“Like too hot?” he asks. When she says yes, you immediately see regret wash over his face.

From here on out, it’s a lot of cursing and tears, but you can see for yourself and watch the whole thing above.