A harmless mistake or a planned drama? On the season 25 premiere of The Bachelor, two contestants showed up to meet Matt James wearing the same Revolve dress. As it turns out, though, this isn’t the first time it’s happened.

Demi Burnett from Colton Underwood’s season spoke on Us Weekly‘s podcast “Here for the Right Reasons” about the wardrobe incident from Monday night’s show. She revealed that this little twinning moment also happened during season 23.

“On my season, Heather [Martin] and this girl Laura, they had the same dress on,” she explains. 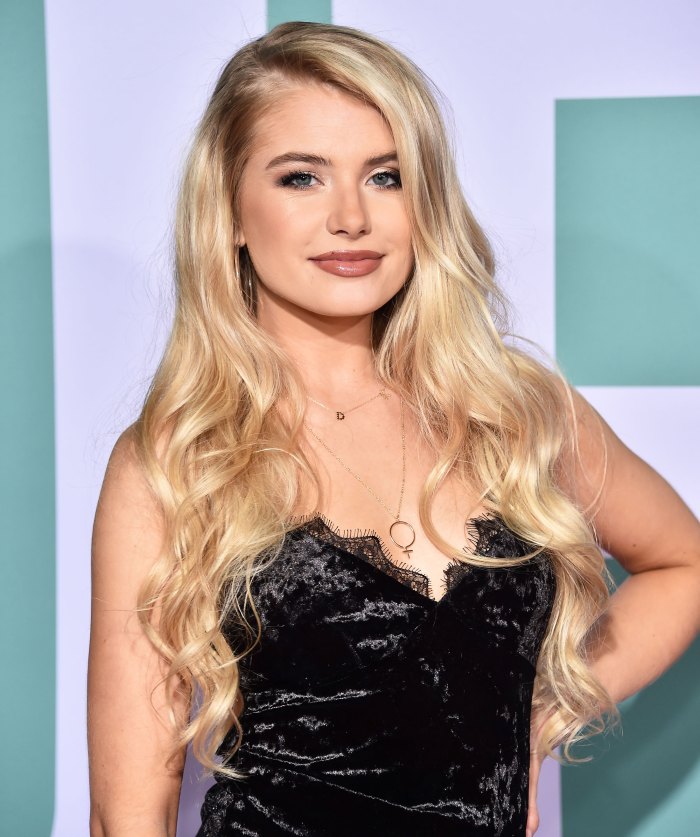 However, she says that it wasn’t purely a miscommunication and that the producers definitely encouraged the mixup. “The producers tell you which of the dresses they think you should wear,” she says. “So they probably wanted to stir something up.” 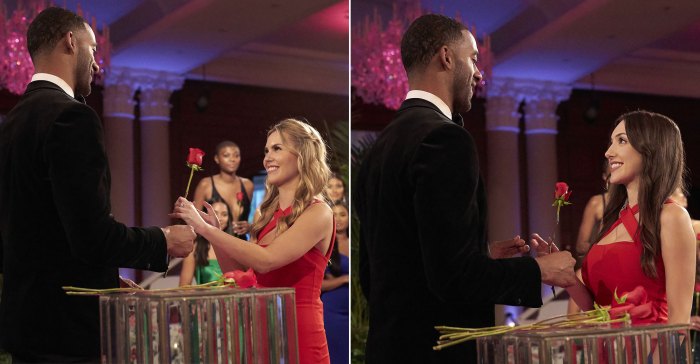 But it didn’t work last time and it seems like it didn’t this time, either! “Heather and the girl Laura looked at each other and they’re, like, ‘Oh my gosh, we’re wearing the same dress, that’s awesome!’ They’re like, ‘You look amazing in it.’ So, it wasn’t a big deal and I feel like that’s what happened this time too.”

During the Monday, January 4, episode of the hit ABC reality show, two women showed up to the mansion wearing identical red ball gowns from Revolve. The mermaid fit number appears to be the Revolve Nookie Viva 2Way Gown, which retails for $269. 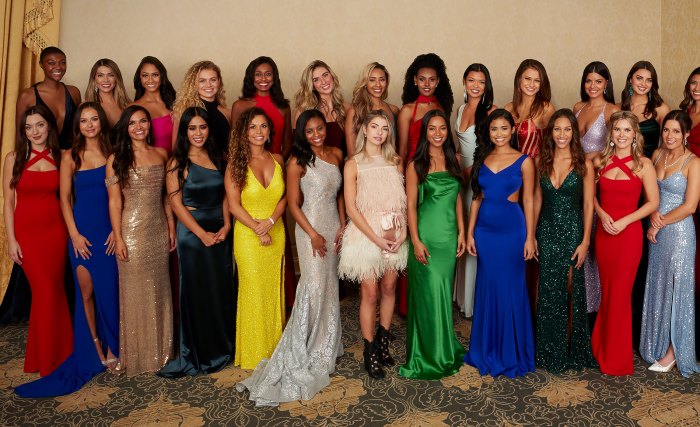 Burnett notes that picking out things to wear for the show in general is not an easy task. “Oh, it was a nightmare for me,” she says. “Well, I was poor before, I didn’t have any money. So I spent my last paycheck and I just bought a bunch of dresses on sale at Dillard’s. That’s where I got all my rose ceremony dresses and cocktail dresses and swimsuits and stuff like that.”

But naturally, the night one dress is the most difficult to pick. “For my night one dress, I was talking to my parents and I was like, ‘I really need a good dress for this. This is like a huge moment.’ They were like, ‘OK, we’ll buy your night one dress.’”

So she went and looked at prom dresses and pieces in bridal stores like Terry Costa, before finding the one she wanted. Even though she picked out one she liked, she still found herself questioning her choice. “I saw the other girls’ dresses and I was second-guessing myself the whole time because I was kind of BoHo-y. I was like, ‘Oh my gosh, I look like a loser. Everyone else will be in like elegant gowns.’”

Then again, she thinks that they might have had a little extra help. “My parents bought me one dress. I guarantee those girls’ parents bought them all their dresses.”

With reporting by Sarah Hearon.

Solo love is only way to have safe sex in Covid pandemic, says explicit government guide