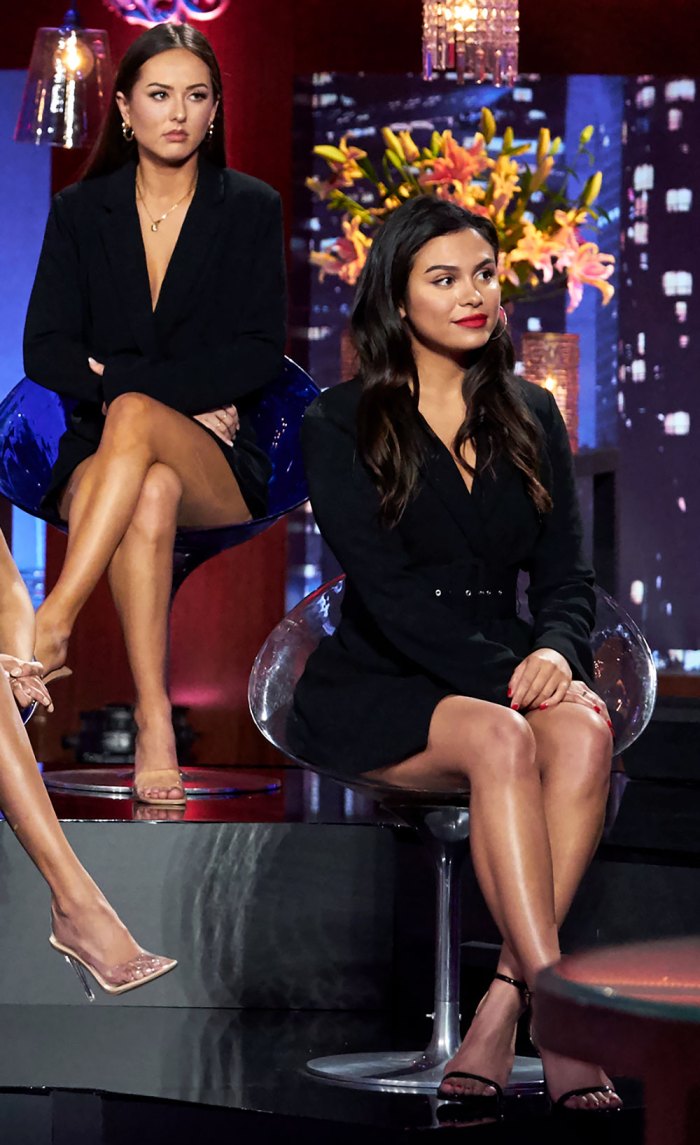 Abigail and Brittany on “The Bachelor: Women Tell All.” Craig Sjodin/ABC

Twinning! The Bachelor’s Abigail Heringer and Brittany Galvin are wearing matching dresses for the season 25 Women Tell All. Oh, and get this: producers placed the two former contestants side by side for the special, which aired on March 1.

And while there was plenty of drama to go around during Matt James’ season, these two girls seem to be handling the whole matching-on-national-television incident in good fun.

On Monday, March 1, prior to the airing of the episode, Galvin, 23, posted a photo to Instagram of her and Heringer, 25, looking matchy-matchy. She captioned the post, “Alright, who’s changing??? Catch ya girl on Women Tell All tonight. #bachelornation.”

We’re confident that this was an unanticipated fashion coincidence for the girls, but Heringer was quick to make light of the situation. She joked in the comments section, “but I want to be just like you,” with a series of laughing and crying emojis. Galvin then piped back in with the black cat twinning emoji.

For the episode, Heringer and Galvin both opted for a dress from NBD, which is quite ironically named Your Time Is Up. The mini is a black, belted tuxedo style dress with padded shoulders that retails for $208 and is available on Revolve.

While both Heringer and Galvin took their twinning moment in stride, it’s definitely not the first time a fashion faux pas of this nature has happened on the season — let alone in Bachelor Nation history.

In fact, during the season premiere, Ana Redman and Alana Milne showed up in the same Revolve Nookie Viva 2Way Gown from Revolve. While the dress is available in three different shades, the girls somehow both showed up in red. So, in typical Bachelor fashion, the two ladies were both placed in the front row donning matching gowns for the promo picture.

Even though it may seem like a random occurrence, Bachelor alum Demi Burnett told Us back in January 2021 that the producers may have something to do with the twinning incidents. “The producers tell you which of the dresses they think you should wear. So they probably wanted to stir something up,” says Burnett.

The Bachelor airs on ABC Mondays at 8 p.m. ET.