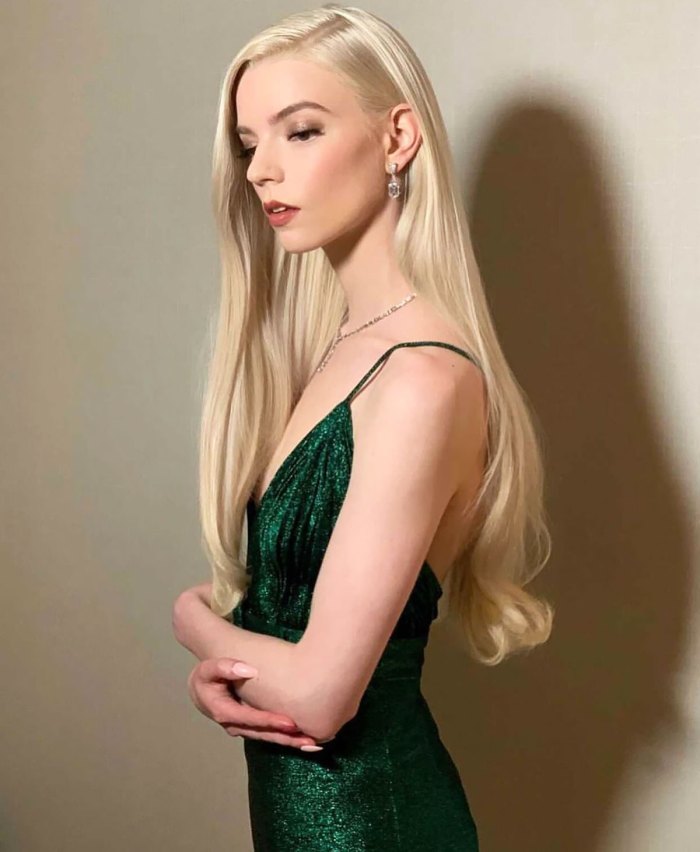 Check mate! Queen’s Gambit star Anya Taylor-Joy gave a secret nod to Beth Harmon during the 2021 Golden Globes. The actress, who won the Golden Globe for Best Performance by an Actress in a Limited Series, rocked a chess-inspired manicure for her virtual appearance.

Although the actress wasn’t able to flash her nail art in a mani cam on the red carpet due to the virtual setup at the awards show, we still got a peek of the intricate design. Celebrity nail artist Kim Truong — who has polished the likes of Kylie Jenner, Hailey Bieber, and Katy Perry — posted Taylor-Joy’s nail art on her Instagram page on February 28.

She captioned the photo, “Beauty inside and out! @anyataylorjoy congratulations ?✨?” 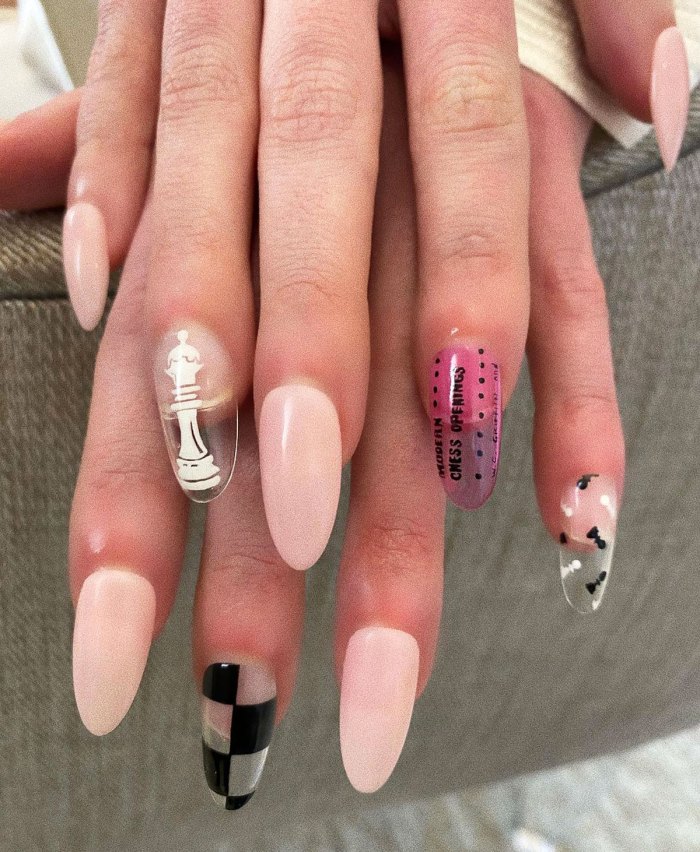 The mismatched manicure features Queen’s Gambit inspired designs on every other nail, including a mention to Modern Chess Openings.

While Taylor-Joy’s manicure was definitely a nice tribute to the role that landed her at the Golden Globes, the rest of her beauty look was a testament to the actress’s sense of style.

The Emma actress stunned in a custom Dior Haute Couture monochrome ensemble complete with a matching cape and pumps. The emerald green gown, which had a hint of shimmer, was the epitome of elegance. The dress dropped into a deep V-neck and was cinched at the waist with a delicate belt.

The dress was paired with Tiffany & Co. jewelry, including a 14 carat necklace with a drop pendant, 18 carat diamond earrings, and a diamond ring valued at $130,000.

“Anya’s gown had a little ‘70s vibe to it so I really wanted to lean into that,” Eisdell says in a press release. “I went with a bronzed smoky eye, beautiful lashes, glowing skin, and a nude Rouge Dior lip to keep it modern and young. For skin we used Dior’s Capture total Super Potent Serum and C.E.LL. energy Rich Créme.”

Eisell used the Dior 5 Couleurs Couture Eyeshadow Palette in New Look to achieve Taylor-Joy’s copper smoky eye.  “I mixed the lighter bronze and the deeper bronze together to make the perfect bronze, applying it on the lid up to the crease.”

Because no outfit is complete without a spritz of perfume, Taylor-Joy also used a few spritzes of the Viktor & Rolf Flowerbomb Dew before accepting her award.