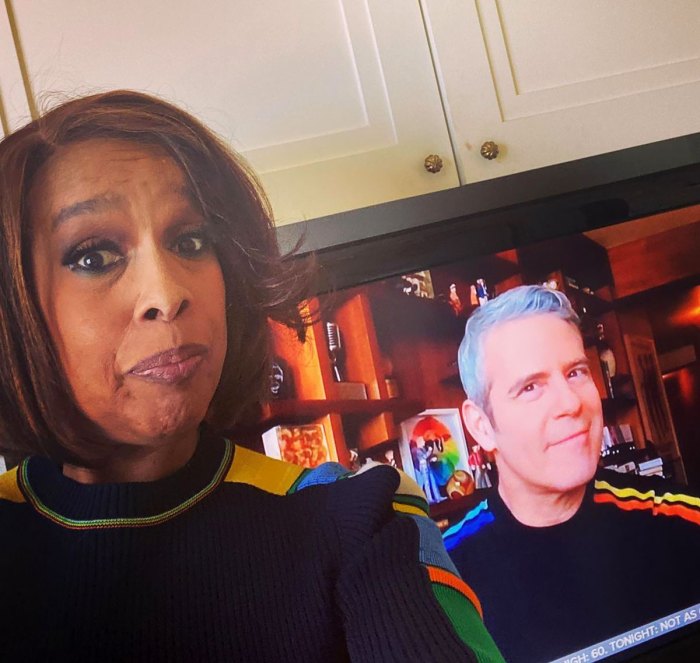 B—tch stole my look! Andy Cohen and Gayle King had an unexpected #twinning moment on national television on March 22. And while both are nothing short of Stylish, it’s up in the air on who wore the rainbow sweater best.

While Cohen normally pops up Monday through Friday on Bravo for Watch What Happens Live With Andy Cohen, he made a guest appearance on the Today Show to discuss his newest venture, For Real: The Story of Reality TV, which is his new E! series.

King on the other hand is a regular in morning television, as she’s the co-host of CBS This Morning.

Both Cohen and King have major style game, but to even their surprise they decided to wear nearly identical sweaters for their on-air appearances. The Radio Andy host wore a black sweater with yellow, orange and blue stripes down the shoulders, while the O, The Oprah Magazine editor-at-large went for a black sweater with yellow, blue, green, white and orange blocks along the arms.

Cohen was the first to call out the clothing coincidence, posting a side-by-side shot of himself and King to his Instagram Stories. He captioned the picture, “Gayle King and me twinning this morning!!!” 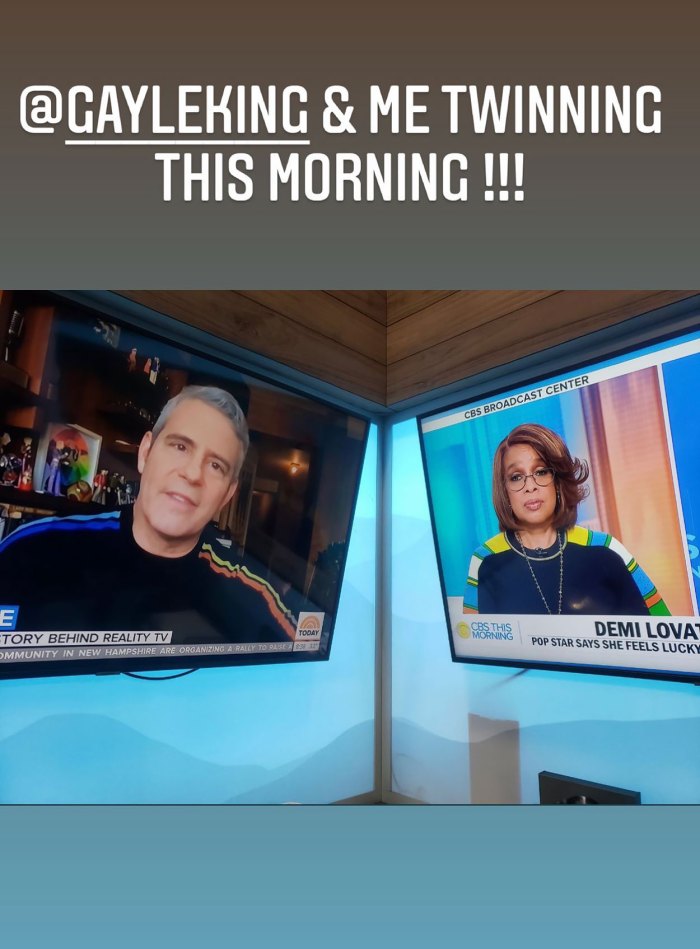 Brought to her attention, King then snapped a selfie in front of the TV screen to show off her matching look with Cohen. She captioned her Instagram photo, “I’m not saying who called who but @bravoandy and I clearly decided to be ‘twinsies’ on morning tv today on different networks.”

She continues: “Who wore it best??? Orrrr is it a case of the famous ‘b—tech stole my look.’”

Thankfully, hosting Housewives reunions has taught Cohen a thing or two about managing drama, so this comical clothing debacle was settled swiftly.

The Superficial author jumped into the comments section and wrote, “You wore it best, but we both have great taste!”

Fans also hopped in on the action, with one commenting, “Y’all always look great. Mimickery is the best form of flattery.”

Both television personalities know their way around wardrobe, and it appears Cohen is passing on his fashion-forward way of life to his 2-year-old son Benjamin.

In an Instagram Story on March 23, Cohen posted a behind-the-scenes looks at his tot’s adorable style.

“Look at these cute shoes my son is wearing,” Cohen says to the camera. He points out the navy sneaks are adorned with Snoopy and Woodstock patches.

Celebrity Bake Off 2021: Who is contestant and actor Reece Shearsmith?