See which stars are handy around the kitchen!

Joey Fatone
The former boybander — who owns his own hotdog spot called Fat Ones in Orlando — has been known to document his meals, especially unusual ones. In September 2015, he posted photos of a “Modern Toilet” menu, where the food was served in toilet bowls and the food was made in the shape of poop. He also shared a photo of an imported bag of “BBQ Grilled Ribs” Doritos on September 6, 2015. But the Brooklyn-born singer shows love to New York too: on October 10, 2012, he shared a shot of a bitten-into slice of Sicilian pizza alongside Italian ice. He captioned it, “Heaven !!!”
Courtesy of Joey Fatone/Instagram 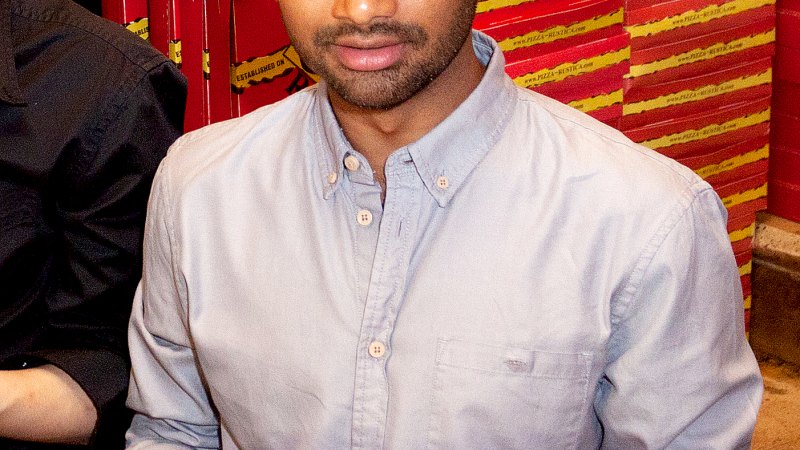 Aziz Ansari
The Master of None star has actively used his Instagram account to share food-centric photos. Ansari spent the summer of 2016 traveling abroad and while there, he was also on the hunt for delicious food — which he found, according to several photo collages that he posted containing shots of appetizers and meals. The actor can also cook up a fulfilling meal as well as eating one: he shared several photos documenting making pasta from scratch in February and April of 2016. Ansari documents these moments — and his love for food — in the series.
John Parra/Getty Images for Columbia Pictures 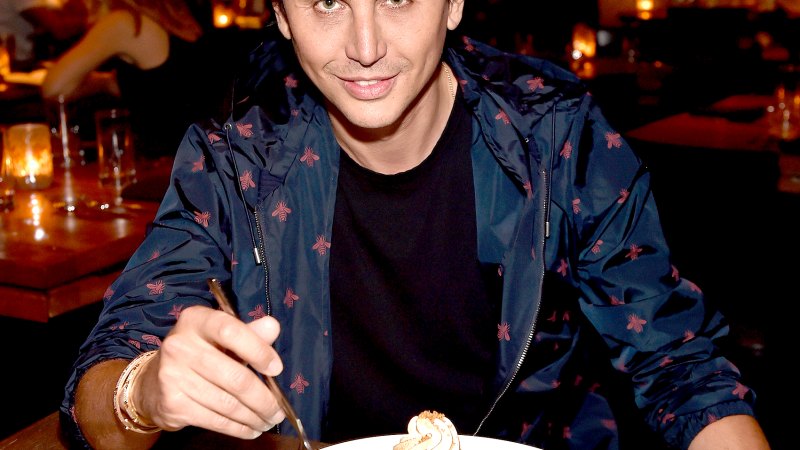 Jonathan Cheban
The TV personality isn’t just Kim Kardashian’s BFF — he’s also a die-hard foodie. Cheban took his passion for food and transformed it into a drool-worthy Instagram account that has gained more than 2.6 million followers under the account name @foodgod — and he takes his position as a food influencer very seriously. In fact, he told Page Six in November 2017 that he was considering legally changing his name to his Instagram handle, telling the outlet, “Everyone calls me foodgod; scream it in the streets and run up to me in restaurants.” His Instagram is well-known as a thorough guide on where to get the greatest food from all over the world — including his 24K buffalo wing collaboration with NYC’s Ainsworth, which he shared several shots of on May 10, 2018.
David Becker/WireImage 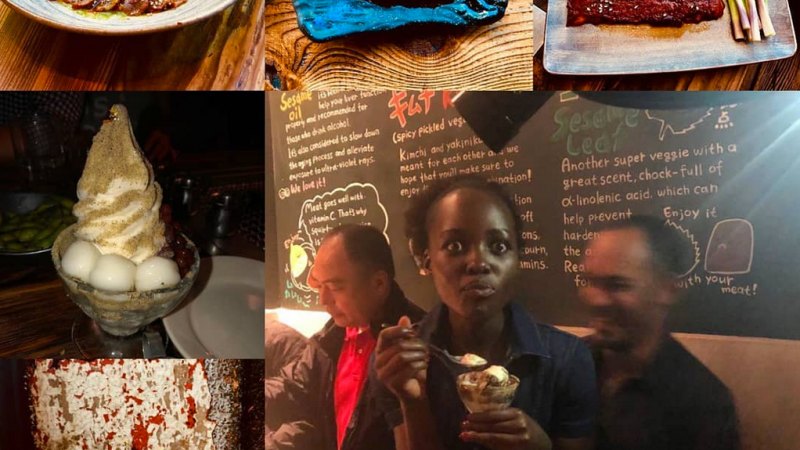 Lupita Nyong’o
The Black Panther actress was so enamored with New York City’s Takashi restaurant, she made a photo collage of the food she ordered alongside a shot of herself looking ecstatic — and overwhelmed! She captioned the shot, “When the food is so good that you a) break all your dietery [sic] restrictions and live a little b) can’t hold a conversation at the same time  c) take a shameless nap among empathizing patrons.” But that wasn’t her first time showing off a shot of her grub for the ‘gram. She’s also shared photos of Nigerian food, as well as shots of sweets like donuts, macaroons and an impressive breakfast spread that she referred to as done “the Moroccan way.”
Courtesy of Lupita Nyong’o/Instagram 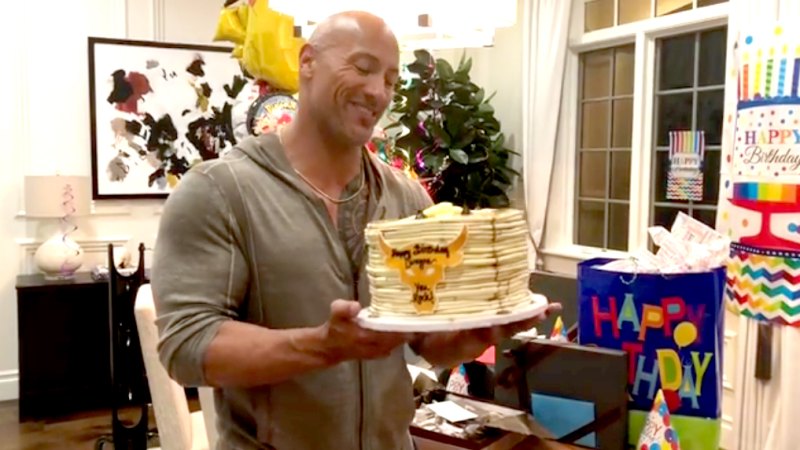 Dwayne Johnson
You don’t end up looking like The Rock without eating healthy — and the Rampage actor is known to show off nutritious-looking meals. On June 23, 2018, the former professional wrestler shared a photo of his pre-workout breakfast consisting of egg whites and flank steak, complete with a “bowl of cream of wheat mixed with pineapple and papaya.” However, Johnson also allows himself cheat days — just a few days prior, he shared a yummy-looking shot of chocolate chip banana pancakes, syrup, peanut butter and joked, “I’ll have my usual post cheat meal carb coma/sugar sweats by 2am tonight.” The fitness enthusiast loves pancakes so much that his birthday cake in May was designed to look like a stack of pancakes!
Courtesy of Dwayne Johnson/Instagram 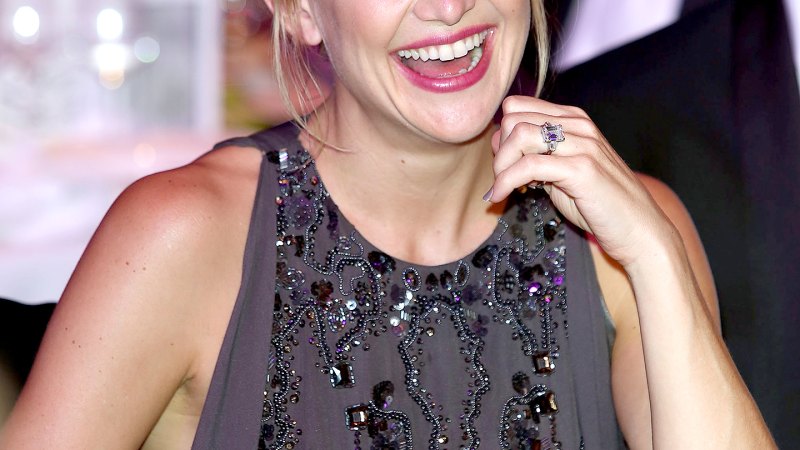 Kate Hudson
The Bride Wars star knows the importance of aesthetic pictures — especially when it comes to food! While pregnant with her third child, Hudson treated herself to a plate of colorful shellfish and linguine during a vacation in Greece on June 20, 2018. On February 20, she shared a picturesque photo of a colorful breakfast containing bananas, apple slices, strawberries and acai while in Melbourne that she called “the prettiest brekkie.” Hudson showed another impressive layout on January 28, 2018 of a “green breakfast” including lettuce, sliced avocado and green juice on January 28.
Tim P. Whitby/Getty Images for Novak Djokovic Foundation 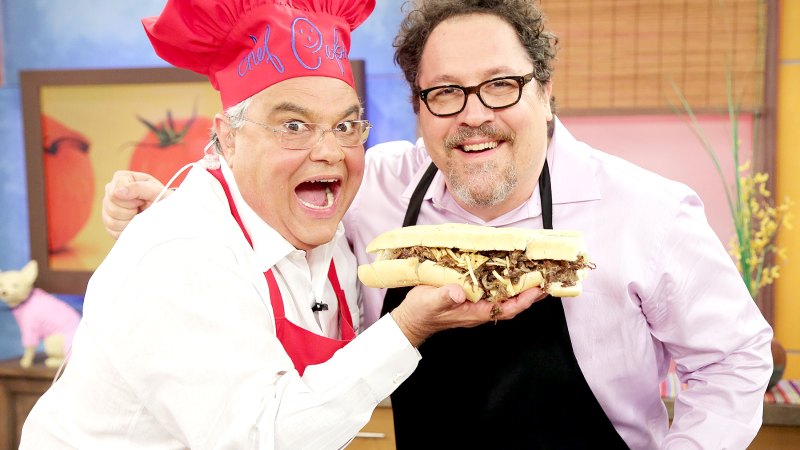 Jon Favreau
If there were any questions as to whether or not the Chef star is a vegetarian, his Instagram will surely provide an answer. Favreau routinely shares photos of meat-filled meals that he crafted himself, including a shot of charred meat that he made using a smoker on February 1, 2018, and homemade cubano sandwiches on January 19. For Christmas in 2017, the Iron Man actor shared a shot of a meal that would become braciole and a month before, he shared a shot of the ingredients he was making for “White Caste Stuffing” ahead of Thanksgiving. But it’s not all meat — he’s also shared shots of homemade sourdough bread.
Alexander Tamargo/Getty Images 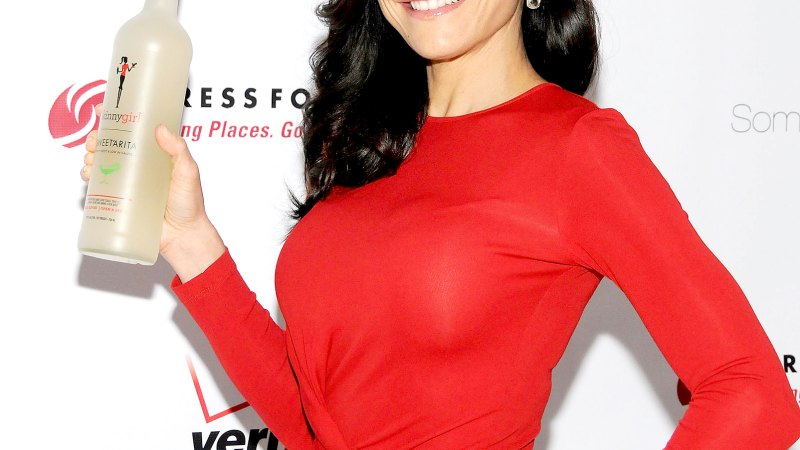 Bethenny Frankel
The Skinnygirl founder and natural foods chef never eats the same thing twice in a row, which keeps her motivated to eat healthy. “Today I had a scooped out toasted whole wheat bagel. Yesterday I had oatmeal and half of a muffin — because I was on the road — and today for lunch I had a shrimp salad,” she says. “Yesterday I had gnocchi with my husband at lunch. It’s different every single day. That’s the key to being naturally thin — not being so regimented.”
Desiree Navarro/Getty Images 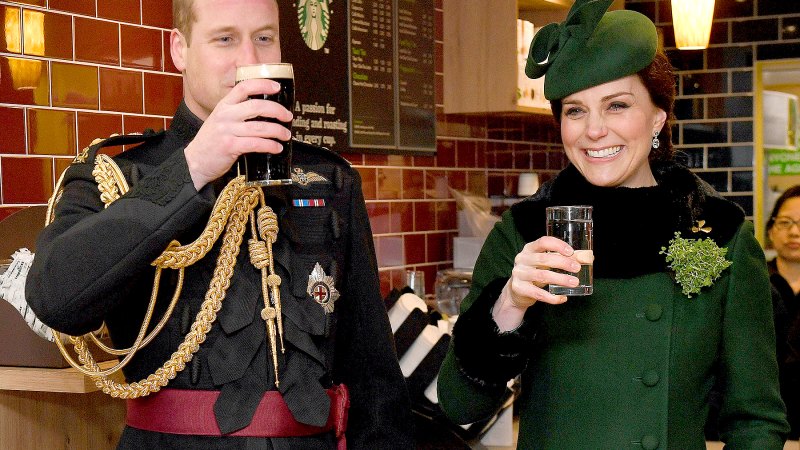 Kate Middleton and Prince William
Married since April 2011, the royal couple are happy to eat meals at home, with Kate doing all of the cooking and food shopping herself. Among the items on their typical menu: Homemade roast chicken and sausage links. Kate also jars her own stock of strawberry jam and plum preserves, according to Vanity Fair.
Andrew Parsons – WPA Pool/Getty Images 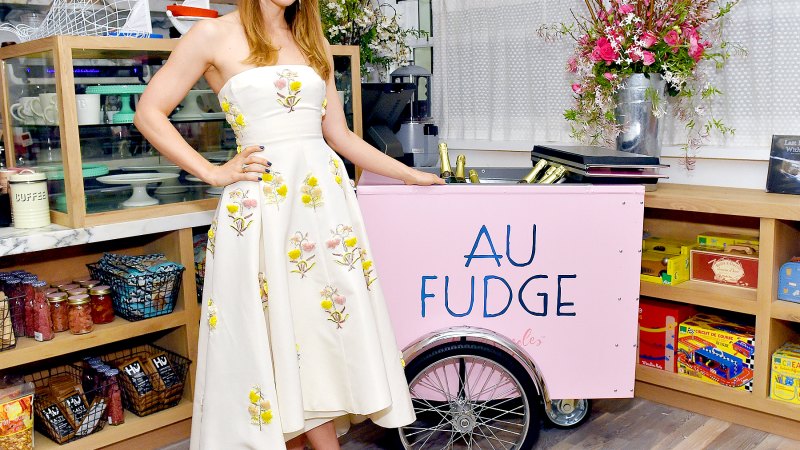 Jessica Biel
Biel — who was anxious to follow her husband Justin Timberlake’s lead and open her own restaurant — did so in 2017, with the kid-friendly Au Fudge in West Hollywood.
Mike Windle/Getty Images for Au Fudge 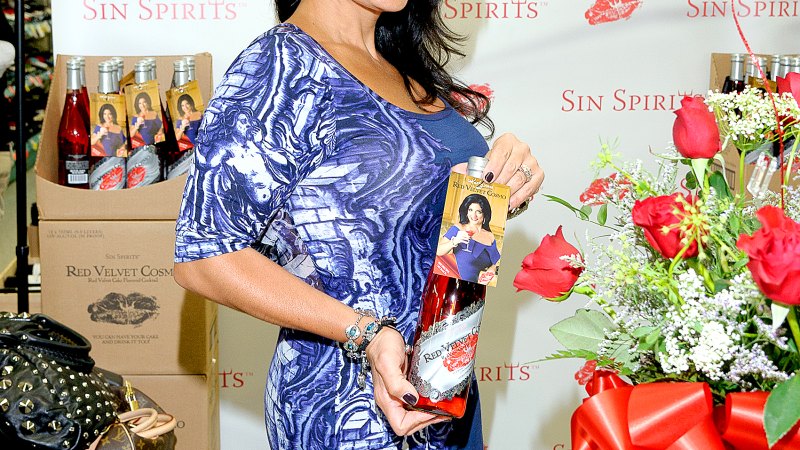 Kathy Wakile
During season 4 of Bravo’s Real Housewives of New Jersey, Teresa Giudice’s cousin introduced her dessert line, Dolci della Dea (Goddess Sweets), which she sold on QVC. She also has her own cocktail, the Red Velvet Cosmo, based on red velvet cake.
Dave Kotinsky/Getty Images

Kim Kardashian
“I love to eat. If you can’t enjoy your life then what’s the point?” she reasons to Cosmopolitan U.K. “You can’t torture yourself. I love Rice Krispies Treats, ice cream and frozen yogurt. I never aspired to be a size zero.”
Michael Tran/FilmMagic 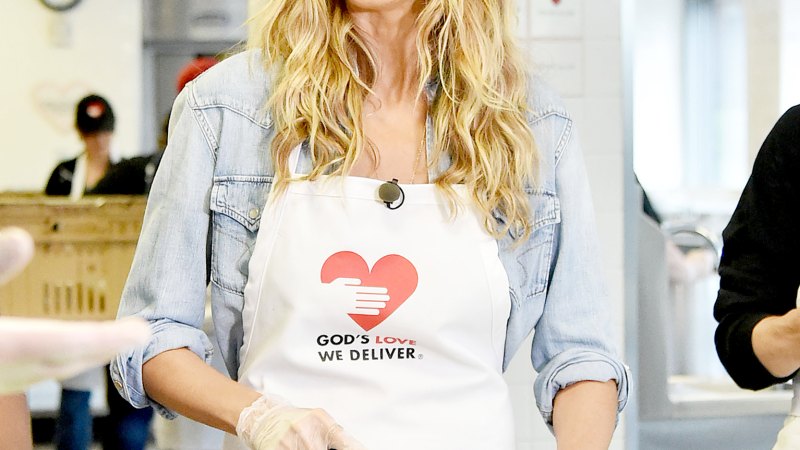 Heidi Klum
A busy mom of four — Leni, Johan, Henry and Lou — Klum says her kids aren’t picky when it comes to mealtime. “They love spaghetti and meatballs, chicken soup, schnitzel and kale,” the supermodel — who made her kids’ own baby food in the Magic Bullet during their younger years — says. “They love everything! They eat healthy.”
Mike Coppola/Getty Images for God’s Love We Deliver 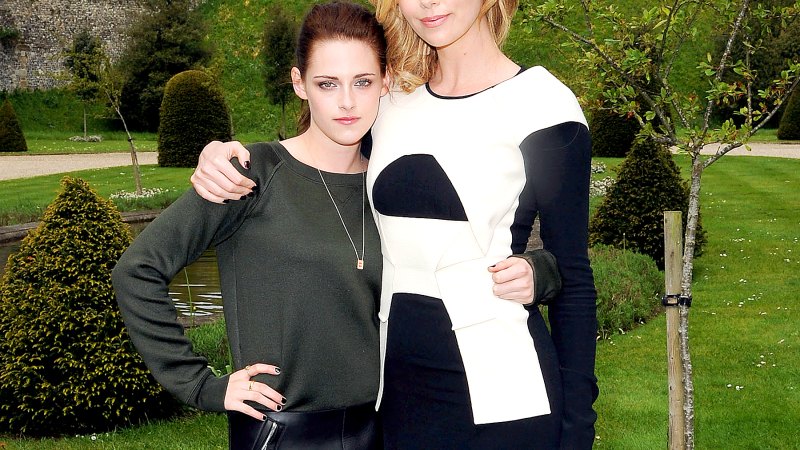 Kristin Stewart
Costars in 2011’s Snow White and the Huntsman, Stewart and Charlize Theron bonded over their mutual love for the kitchen. “They’re both really reserved, but they’ve had a few dinners together,” a source tells Us of the pair. “They’re serious cooks and like to compare notes.”
Jon Furniss/WireImage 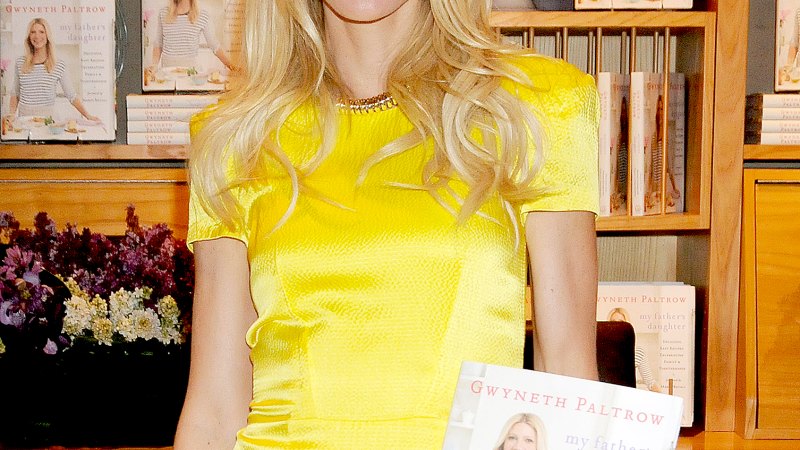 Gwyneth Paltrow
A major foodie who released her first cookbook, My Father’s Daughter, in April 2011, Paltrow doesn’t mince words when opening up about her palate. “I’d rather smoke crack than eat cheese from a tin,” she said in July 2011. (Six years earlier, Paltrow proclaimed: “I would rather die than let my kid eat Cup-a-Soup.”)
Gregg DeGuire/FilmMagic 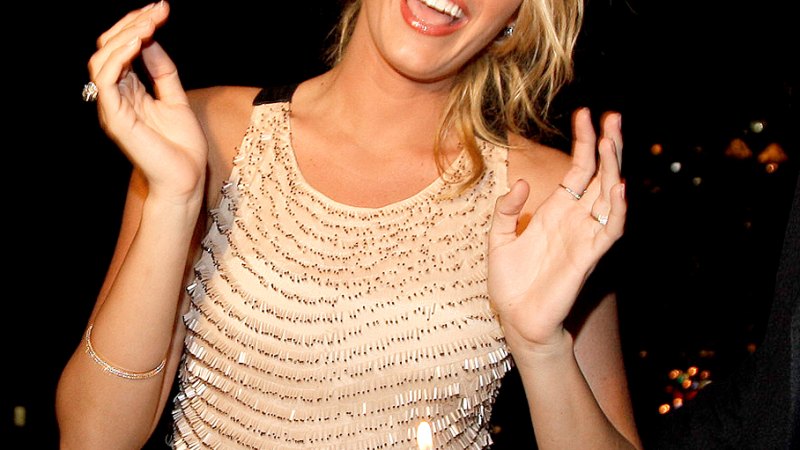 Blake Lively
“To be around me, you must love food or I’m the most obnoxious person you’ve ever met,” Ryan Reynolds’ wife — who has taken cooking lessons in Paris — tells Marie Claire. “I’m in a big cooking phase. That’s all I’ll talk about.”
Jemal Countess/Getty Images for InStyle 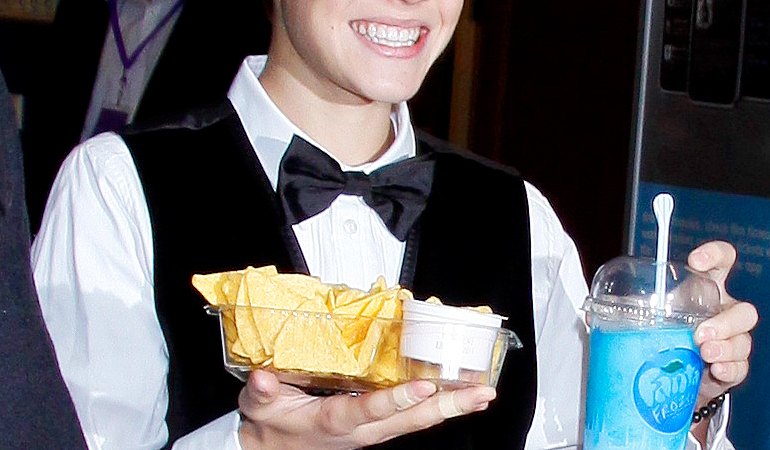 Carrie Underwood
“I’ve been a vegetarian for seven years…Now I’m 95 percent vegan,” the country crooner tells Self. “My veganism is based on a concern about where my food is coming from. I’ll never eat meat again, because I look and feel better without it, but if I could raise my own cows and chickens and produce my own eggs and cheese, it would be awesome!”
Vince Flores/startraksphoto.com 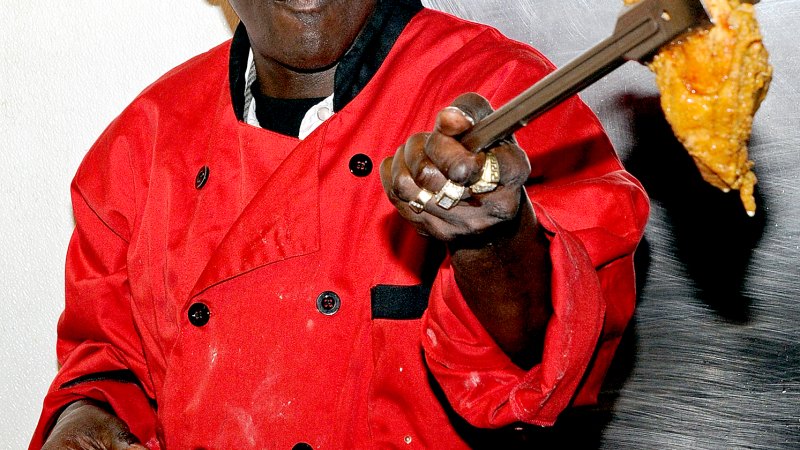 Flavor Flav
The rapper and reality TV star opened his own takeout restaurant, Flavor Flav’s House of Flavor — featuring fried chicken and sweet potato tots — in March 2012 in Las Vegas. The Sin City eatery is his second foray into the restaurant business: He opened Flav’s Fried Chicken in Clinton, Iowa in 2011, but the restaurant shut its doors shortly after its opening.
Ethan Miller/Getty Images 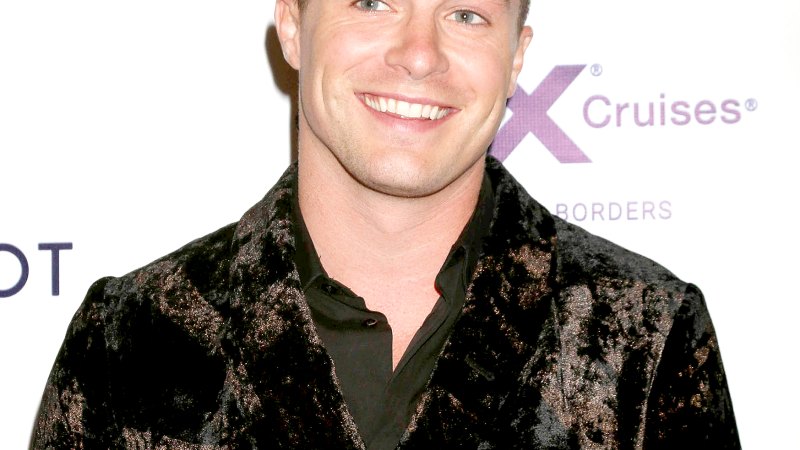 Colton Haynes
Staying in shape for his demanding Teen Wolf role can at times be daunting for Haynes. “The hardest part is not being able to eat carbs or junk food. I always break and get Wendy’s, but I have to pay for it later because [my trainer] always finds out,” the actor told VMAN magazine.
Media Punch/INSTARimages.com 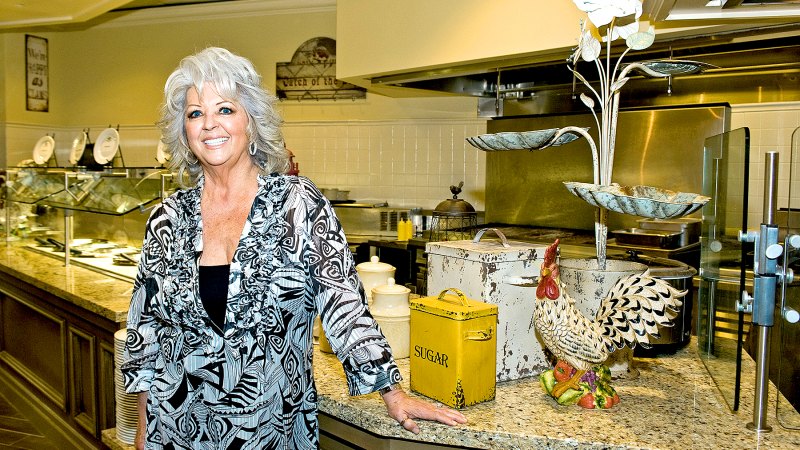 Paula Deen
Opening up about her Type 2 Diabetes diagnosis in January 2012, the celebrity chef has vowed to still eat her beloved fried foods — in moderation, of course. “Here’s the thing: I have always encouraged moderation. On my show I share with you all these yummy fattening recipes, but I tell people, ‘In moderation.'” Deen has said. “It’s like I told Oprah [Winfrey] a few years ago: ‘Honey, I’m your cook, not your doctor,’ You are going to have to be responsible for yourself.”
Timothy Hiatt/Getty Images 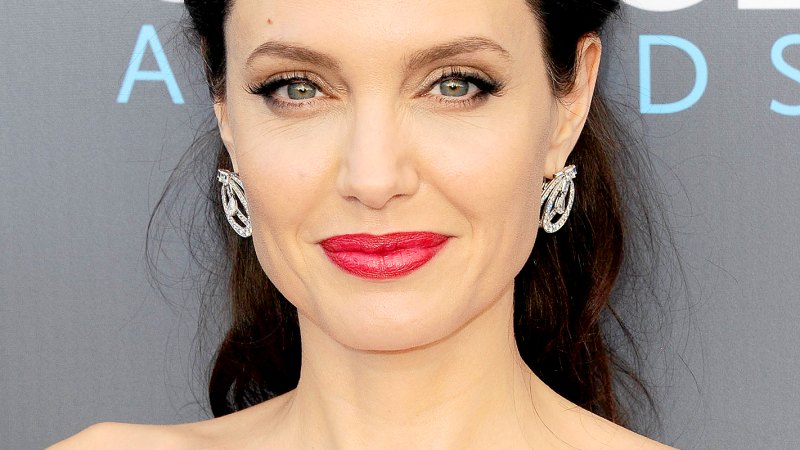 Angelina Jolie
“The problem with my packed lunches is everybody is very, very outspoken about what they want, so it becomes – I often say, ‘I’m not a waitress!’ ” the Oscar-winning actress and mom of six once revealed on U.K. chat show GMTV. “We go through so much food.”
Sara De Boer/startraksphoto.com 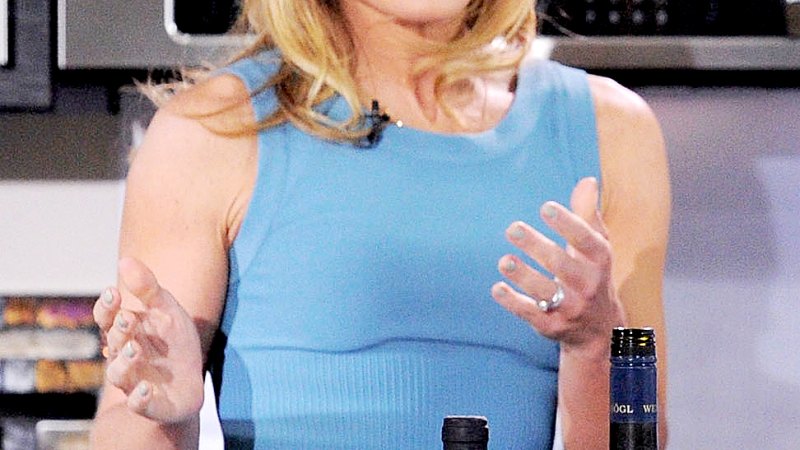 Kelly Ripa
Favoring foods like salad, fish and yogurt, Ripa has one go-to snack she’ll never give up: Pepperidge Farm Goldfish. “I would love nothing more than to have pizza and french fries every day, but I try to limit those treats to once a week,” she tells Good Housekeeping of how she maintains her hot bod.
Mike Coppola/Getty Images for Electrolux