A family or a firm? Meghan Markle’s use of the term “The Firm” while referring to Prince Harry’s family in their upcoming CBS tell-all has raised questions.

“I don’t know how they could expect that after all of this time we would still just be silent if there is an active role that The Firm is playing in perpetuating falsehoods about us,” the 39-year-old pregnant duchess says in a clip from the special shared by CBS on Wednesday, March 3. “And if that comes with risk of losing things, there is a lot that has been lost already.” 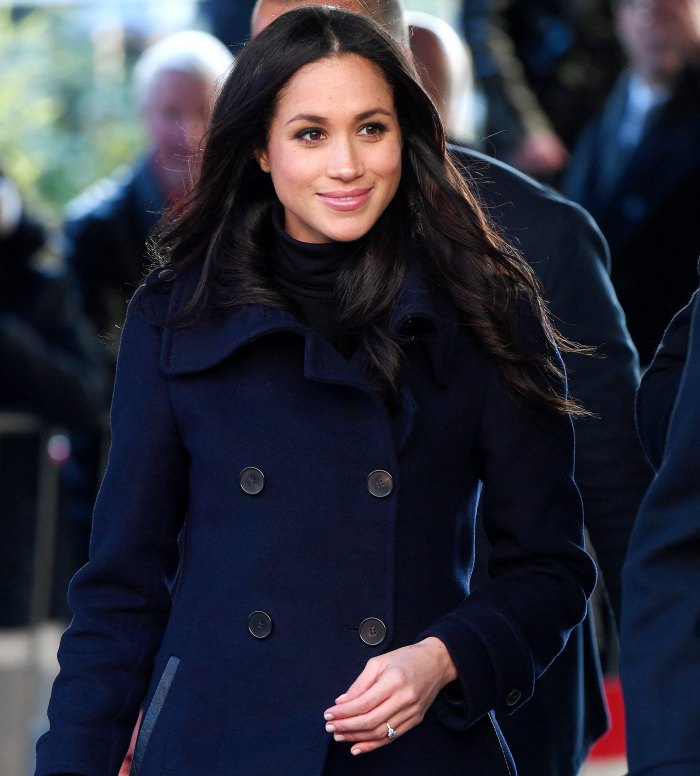 Several royal biographers have written about the term in the past, claiming Prince Philip created the phrase.

“The House of Windsor is a big business, though one with more ups and downs than the stock market,” author Penny Juror wrote in the 2005 book The Firm: The Troubled Life of the House of Windsor. “Prince Philip calls it ‘The Firm,’ and all the royal executives and their powerful associates are supposed to make every effort to avoid even a hint of scandal that could diminish the reputation of the family business.”

The term was also used by Colin Firth in the 2010 movie The King’s Speech.

“We’re not a family, we’re a firm,” the actor said while portraying King George VI.

The Firm seemingly refers to working members of the royal family. Meghan and Harry, for their part, stepped back from their duties working under Queen Elizabeth II in January 2020. They informed the 94-year-old monarch last month that they would not be returning to the job after relocating to Los Angeles with 21-month-old son Archie. Harry, 36, recently hinted at a difference between working for the queen and being part of the family during an appearance on The Late Late Show With James Corden.

“It was a really difficult environment, as I think a lot of people saw,” Harry told James Corden on February 25, adding that the couple views their decision as “stepping back rather than stepping down.”

The prince continued: “It was a really difficult environment, as I think a lot of people saw. We all know what the British press can be like, and it was destroying my mental health. I was like, ‘This is toxic.’ So, I did what any husband and what any father would do, and I was like, ‘I need to get my family out of here.’ But we never walked away.”

Harry added that he and Meghan have “Zoomed” with his grandparents a “few times” since their final royal engagement in March 2020, noting they gifted Archie a waffle marker for Christmas.

“They’ve seen Archie running around. My grandfather, instead of pressing ‘Leave Meeting,’ he just [closes the laptop]. … I’m like, ‘OK, bye,’” he said of the 99-year-old prince, who is currently in the hospital after undergoing heart surgery.

The royal family has yet to publicly acknowledge Harry and Meghan’s CBS sit-down. The palace did, however, respond to The Times report alleging that Meghan mistreated staff before the duke and duchess’ royal exit. (The former actress has denied the claims.)

“We are clearly very concerned about allegations in The Times following claims made by former staff of The Duke and Duchess of Sussex,” Buckingham Palace said in a statement on Wednesday. “Accordingly our HR team will look into the circumstances outlined in the article. Members of staff involved at the time, including those who have left the Household, will be invited to participate to see if lessons can be learned The Royal Household has had a Dignity at Work policy in place for a number of years and does not and will not tolerate bullying or harassment in the workplace.”