Ready to get back out there? Michael Kopech is set to return to baseball after opting out of the 2020 season, a spokesperson for the Chicago White Sox exclusively told Us Weekly.

“Michael has kept a low profile since opting out of the 2020 season back in July,” the spokesperson said in a statement on Tuesday, February 2. “As of today, he is not scheduled to address the media until pitchers and catchers report in a few weeks.” 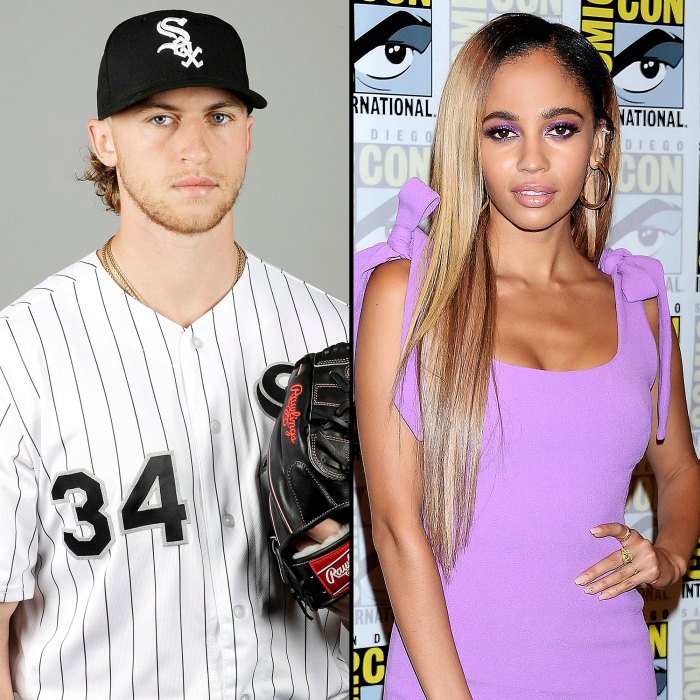 The spokesperson added that White Sox general manager Rick Hahn “expects Michael to be at camp and ready to go [in a few weeks].”

News of the 24-year-old athlete’s return to baseball comes shortly after he became a father. E! News reported on Saturday, January 30, that his estranged wife, Vanessa Morgan, gave birth to a baby boy. Us Weekly confirmed in July 2020 that the Riverdale star was pregnant — and separated from Kopech, whom she married in July 2019.

“Exciting news. I am overjoyed to be welcoming my baby boy into the world this January,” Morgan wrote on Instagram in July 2020. “This little guy has already brought me so much happiness and a feeling of such a greater purpose. I cannot wait to meet you!!”

After fans pointed out that Kopech’s name was nowhere to be found in the actress’ announcement, Us confirmed that the couple filed for divorce six months after their nuptials. The twosome were first linked in July 2018. He previously credited Morgan for sticking by his side after he underwent ulnar collateral ligament reconstruction surgery, better known as Tommy John surgery, to repair the significant tear in his UCL in September 2018.

“You literally stayed by my side when I felt I had lost my mind. You stayed by my side for these seemingly random changes of my life,” he wrote in July 2019 via Instagram after he proposed. “You’re undeniably the spark that reignited my fire. You’re deserving of much more than just this moment but this one just felt particularly magical. … I’ll never have enough words to tell you how much I love you, but I promise to always show you. But for now, I’ll finish this how I started: I love you. SO MUCH.”

Kopech later deleted his social media accounts. In July 2020, White Sox fans were surprised to learn that Kopech had opted out of the baseball season after the COVID-19 delay.

“It’s not ideal, but fundamentally, we’re looking to put all our players in the best position they can be to perform and maximize their abilities on the field,” manager Hahn told the media at the time. “And if there’s anything standing in the way of that, we’re going to provide them with whatever support and resources they need to help address those matters. I know it’s very general and I’m not going to get more specific than that, other than we fully support Michael and are going to provide him whatever time and resources he needs and look forward to seeing him in the future.”

Pitching coach Don Cooper added in an interview with the Chicago Sun Times at the time that he was “concerned that he’s not OK,” noting Kopech “deals with some anxiety and depression.”