The High School Musical star, 32, posted an Instagram photo of herself kissing the MLB player, 24, on Sunday, February 14. “It’s you, it’s me, it’s us. @cotuck,” she captioned the steamy snap. She added a series of sweet emojis, including a red heart, lips and the hand sign for “I love you.”

Hudgens teased her new romance in November 2020. “Date night,” she wrote of a pic that showed her with a pink rose covering her face. The same day, the actress was spotted hugging and holding hands with Tucker outside of the Canyon Country Store in Los Angeles.

Us Weekly broke the news in January 2020 that the Princess Switch star and Austin Butler had split after nearly nine years of dating. “Vanessa and Austin are officially broken up, and Vanessa has been telling those close to her about their breakup,” a source told Us at the time.

Hudgens was linked to basketball player Kyle Kuzma later that month after the two were seen on a date in Brooklyn. She fueled relationship speculation at the time by attending multiple Los Angeles Lakers games. 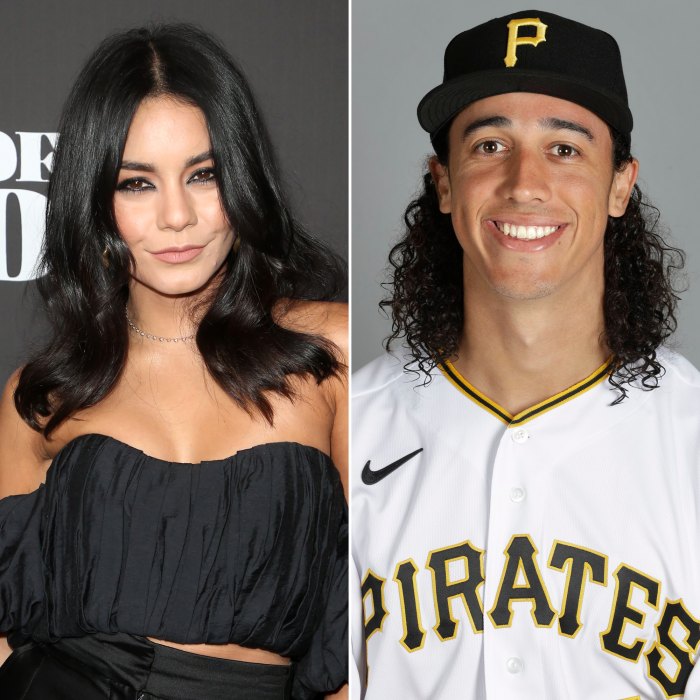 “Kyle is known to be a player and is really smooth with girls,” an insider told Us in January 2020. “It’s been fun and distracting for Vanessa to talk to, flirt with and get attention from a new guy.”

Hudgens got real in November 2020 about what she hoped to find in a partner after her split from Butler, 29. “Your girl’s open. I feel like at the end of the day, it’s just about having similar fundamentals and wanting the same things,” she told Entertainment Tonight. “I am not picky, really.”

She added: “I know what I want and I’m like, if someone comes into the picture and can give me all those things, then great. It doesn’t matter if they’re in the public eye or not. If anything, I prefer them not to be, but we’ll see.”

In another clip, she cuddled with a CGI teddy bear and joked, “Who needs a valentine when you got this guy?”