Rooting for love! Tyler Cameron weighed in on ex Hannah Brown’s rumored romance with Adam Woolard, more than one year after their Bachelorette split.

“I haven’t met him but seen pictures of him,” Cameron, 28, told Entertainment Tonight on Tuesday, February 9. “Good-looking guy, so I’m happy for her.”

The Florida native was the runner-up on Brown’s season of the ABC dating series in 2019. After the former Miss Alabama, 26, called off her engagement to the season 15 winner, Jed Wyatt, Cameron and Brown sparked romance speculation following an overnight hangout in August 2019. 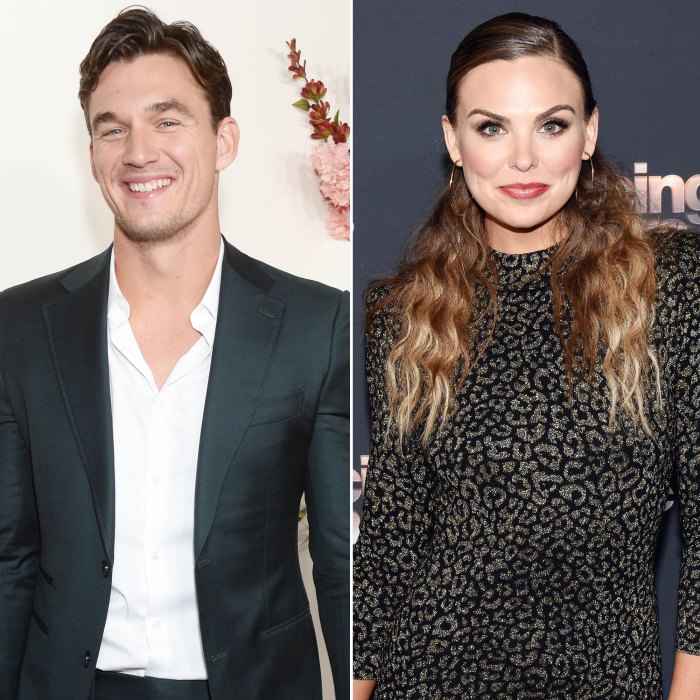 The pair again fueled relationship rumors in early 2020 when the Dancing With the Stars winner quarantined with Cameron and his friends in his Florida hometown amid the coronavirus pandemic. Cameron, however, told the outlet on Tuesday that “we just cared for each other as people,” noting they remain friends.

“We want each other to be the best person we can be,” he added. “If that’s being happy with other people then that’s what we want.”

The Barkitecture cohost, for his part, was romantically linked to model Camila Kendra last month but did not confirm he is currently in a relationship.

“I keep that world private,” he explained. “There are just things I want to do for myself and work life and construction that I am excited about. That really has my focus right now. I am extremely happy. Things are going great right now. I am pushing myself in new ways and am excited to see what has all come out of it.”

Brown made headlines in January 2021 when she was spotted holding hands in Los Angeles with Woolard, 33. A fan account also posted photos of the pair dining together in Nashville days earlier.

A source exclusively told Us Weekly at the time that “they seem like a great match,” noting that both are from the south. The pair “seems like they are taking things slow” for now, the insider added.

The Alabama native and the model have yet to speak about the relationship, but Brown and Cameron’s mutual friend Matt James commented on the romance earlier this month.

“I couldn’t approve more,” James, 29, told Entertainment Tonight in February. “I actually had a chance to meet him, and he’s incredible.”

The Bachelor star explained that Brown dating is positive for both her and Cameron, who has been friends with James since college.

“I’m excited for Hannah and Tyler because I think people can see that they can coexist,” the ABC Food Tour founder said. “They can be happy with people that aren’t Tyler and Hannah.”