Trista Sutter weighed in on Chris Harrison’s recent step back as The Bachelor’s host following his controversial statements during an interview with Rachel Lindsay earlier this month.

The original Bachelorette, 48, said during the Tuesday, February 16, episode of her “Better Etc.” podcast that she does not condone racism, nor “participating in it [or] defending it.”

After Harrison, 49, failed to denounce racism outright while defending season 25 contestant Rachael Kirkconnell and her alleged racist actions, Sutter asked Lindsay, 35, to be on her podcast to “discuss racial injustice” and her personal experiences with racism in order to better help “all of us, including myself” to be “better allies.” 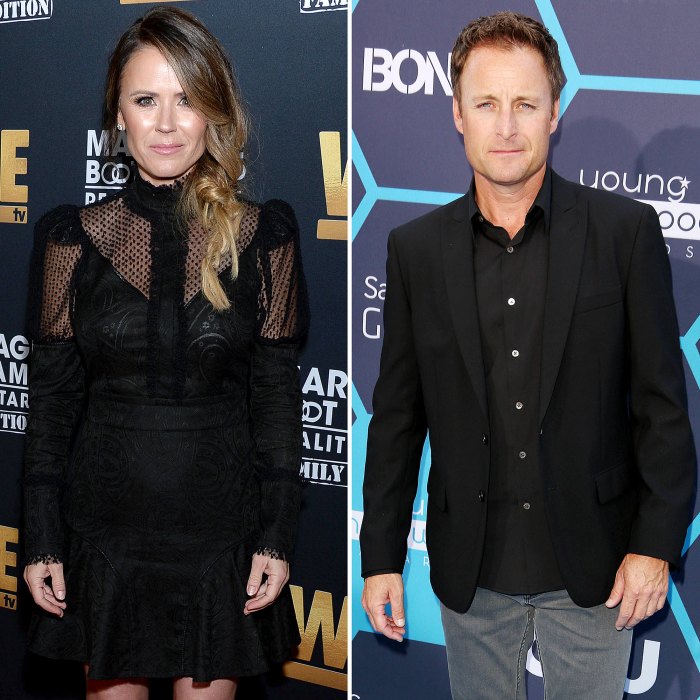 The Happily Ever After: The Life-Changing Power of a Grateful Heart author revealed that she has learned that “you never truly know what someone else is going through behind their own closed doors, so to shame people who aren’t directly involved for not using their platform in the timeframe you expect because this topic is important to you is not OK with me.”

That being said, Sutter admitted that Harrison “should be held accountable for his words and actions.” The Indiana native also noted that the Bachelor Nation host is “like family” to her, but explained that “just because you’re family doesn’t mean you have to agree with the other person’s words or actions.”

The mother of two said that she was “most definitely disappointed” watching Harrison speak out in defense of Kirkconnell, 24, during his February 9 interview with Lindsay for Extra. She added: “I also had a big problem with the way he dismissed Rachel Lindsay, spoke aggressively, interrupted her, and in my opinion, didn’t give her the respect that she deserves.”

Despite his actions, Sutter said that “I don’t agree with the concept of the cancel culture. As Rachel said on a follow-up segment on Extra, ‘Let’s not label. Let’s not cancel. But let’s hold people accountable for their actions.’”

Since making headlines for his negative interview, Harrison has made a public apology and stepped back from his Bachelor hosting duties temporarily.

Sutter, for her part, has chosen to “give Chris the benefit of the doubt that he will do the work that is necessary during his time away from the show to be better and learn from his mistakes. And they were mistakes.”

She continued: “I hate feeling disappointed, especially when it’s in someone that I love and care about. But I have to believe he will do the work and he will hold himself accountable. And if he doesn’t, he’s got Bachelor Nation who will do it for him.”

Harrison made waves after he told Lindsay during an Extra interview that he thought Kirkconnell, who has been accused of racist actions, should not be judged through a 2021 lens for attending a plantation-themed college event in 2018.

Following backlash for his words, the former Who Wants to Be a Millionaire host apologized on February 10, saying, “While I do not speak for Rachael Kirkconnell, my intentions were simply to ask for grace in offering her an opportunity to speak on her own behalf. What I now realize I have done is cause harm by wrongly speaking in a manner that perpetuates racism, and for that I am so deeply sorry.”

Kirkconnell, for her part, issued an apology the following day via Instagram. “At one point, I didn’t recognize how offensive and racist my actions were, but that doesn’t excuse them,” she wrote. “My age or when it happened does not excuse anything. They are not acceptable or okay in any sense. I was ignorant, but my ignorance was racist.”

Harrison then spoke out again via Instagram on Saturday, February 13, saying he would be taking time away from the Bachelor franchise, starting with season 25’s After the Final Rose special. “By excusing historical racism, I defended it. I invoked the term ‘woke police,’ which is unacceptable,” he wrote in a statement at the time. “I am ashamed over how uninformed I was. I was so wrong.”

Bachelor Nation has continued to rally around Lindsay for bringing attention to Harrison’s lack of action and the franchise’s racial ignorance in general. Many have also addressed Harrison’s hiatus as host, questioning whether it should be a permanent change.

My mum, 44, ran off with my boyfriend, 29, while I was in hospital having his baby