He’s totally smitten! Travis Barker showed just how much he is devoted to girlfriend Kourtney Kardashian in the cutest way possible.

The Blink-182 drummer, 45, took to his Instagram Story on Friday, March 19, to share a photo of a message written in chocolate, reading, “Travis [heart] Kourtney.” 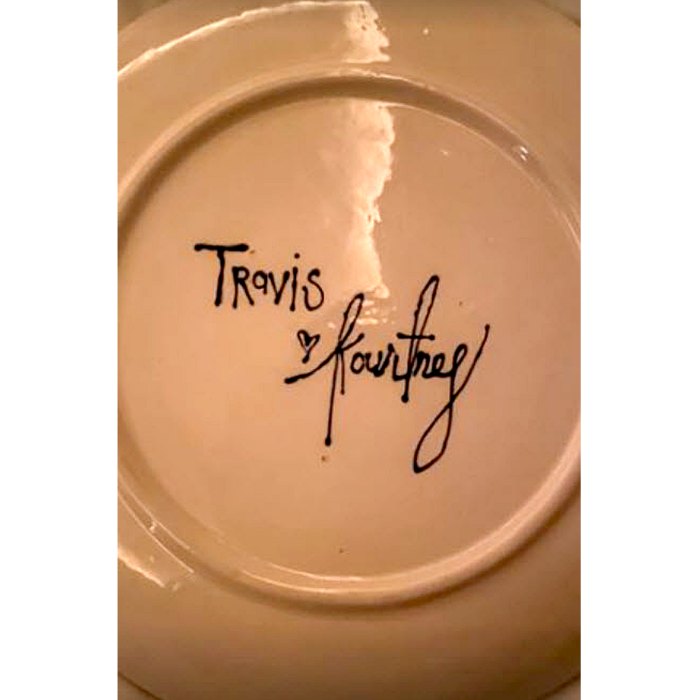 The sweet gesture comes one month after the pair confirmed their love via Instagram. Two days after Valentine’s Day, the Keeping Up With the Kardashians star, 41, posted a photo of the pair holding onto each other’s hands.

Us Weekly confirmed on January 24 that Kardashian and Barker are dating after being “close friends for years.” The following month, a source told Us that the twosome have “so much in common” with each other.

“They have big modern families [and they] both are dedicated to their kids. They come from these modern families with modern relationships,” the insider continues. “Both of their families are supportive. It’s still very new, but they are both very excited by how easy it all has been.” 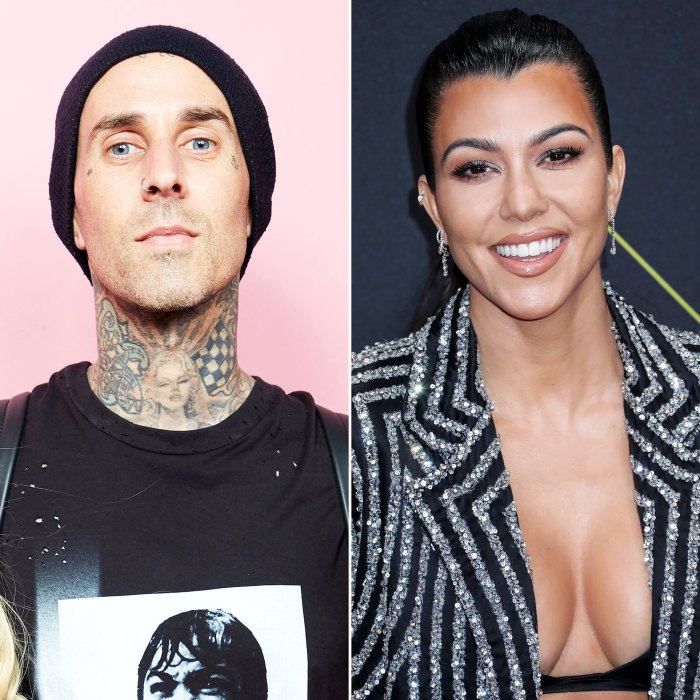 The insider added that the Poosh founder and famous musician “have been spending a lot of time together, but they’re taking their time and trying not to move too fast.”

Kardashian shares children Mason, 11, Penelope, 8, and Reign, 6, with ex Scott Disick. As her romance with Barker continues to progress, the final season of Keeping Up With the Kardashians has teased lingering feelings between the former flames. A sneak peek released on February 27 showed Disick, 37, declaring that he wanted to get back together with her, saying, “Well, I love you and I’m ready to marry you. Right here, right now. Kourtney knows that eventually we’ll get married and live a good life.”

Early last month, however, an insider revealed to Us that the Talentless creator — who is now dating Amelia Gray Hamlin — is not “jealous” over Kardashian’s relationship with Barker. “[Scott and Kourtney’s] history together and love for each other can’t be touched by anyone else, and they both know that,” the source added.

Barker, for his part, coparents son Landon, 17, and daughter Alabama, 15, with ex-wife Shanna Moakler. The model, who was married to Barker from 2004 to 2008, recently spoke to Us exclusively about the one condition in which she would approve of her former husband’s relationship with Kardashian.

“As long as she’s great to my kids and they’re both happy, I’m happy for them,” the 45-year-old shared on February 25. “I absolutely am super happy for them. I have no ill will toward anybody.”

Moakler also told Us that she’s “never met” the eldest Kardashian sibling. “I’ve heard through the grapevine that she tried to reach out, but I never heard from her or anything,” she continued. “I would have no problems meeting her and being cordial. I think it would be nice to know the person who’s going to be spending a lot of time with my kids. I have no problem … just introducing myself and letting her know that I have no ill-will. But I don’t see her and I going to the spa any time soon.”

Us revealed on Thursday, March 18, that Kardashian and Barker “are doing really well” and they’re “spending time” with each other’s kids. “Kourtney is so smitten with Travis,” the source shared. “Everyone around them loves them as a couple.”

Off-duty cop, 25, who used his police training to tackle mum, 36, to the ground on a dark street spared jail