Travis Barker seemingly made his opinions on Scott Disick’s girlfriend Amelia Gray Hamlin — and the couple’s age difference — clear. Kourtney Kardashian’s man was caught “liking” a comment about the 19-year-old model over the weekend.

The 45-year-old drummer’s social media activity raised eyebrows after fan account KardashianVideo shared a report about Barker, Kardashian, 42, Disick, 38, and Hamlin having dinner together on Friday, May 28.

“It’s so odd to me. Like, what does a 2001 baby have to do [with] these grown ass people? I know that dinner was awkward as hell,” one social media user wrote on the post. Days later, Us Weekly confirmed Barker’s official social media account “liked” the comment. 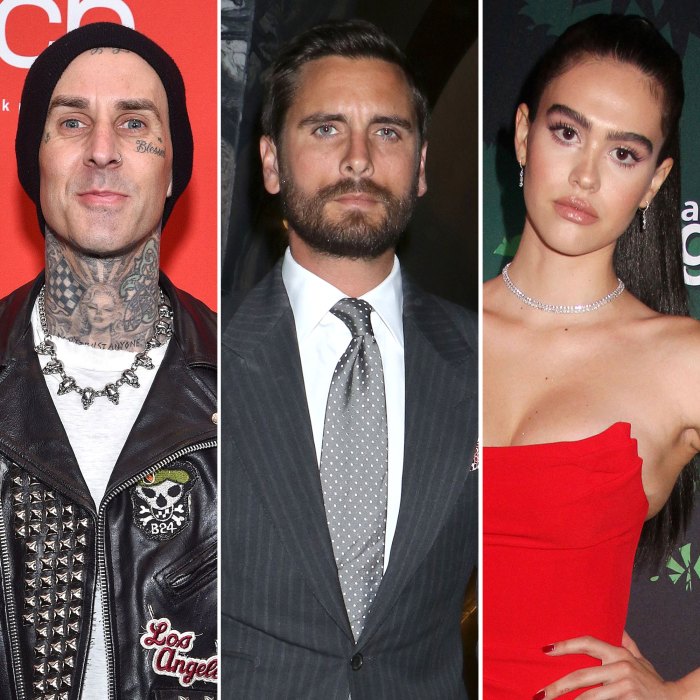 A source told Us last month that Kardashian and Disick’s relationship is “definitely strained” after the family stopped filming Keeping Up With the Kardashians.

“They don’t communicate much unless it has to do with their kids,” the source said. “Scott’s been in Miami with Amelia and, honestly, things haven’t been the same since KUWTK stopped filming and Kourtney and Travis began dating. Scott feels not just disconnected from Kourtney, but also all the Kardashians.”

Despite their dynamic changing, Kourtney was one of the Kardashians at Disick’s early 38th birthday party on May 24. Kim Kardashian, Khloé Kardashian and Kris Jenner were all in attendance at the bash, which included Hamlin gifting Disick a motorcycle.

“Happy birthday my love. you light up my life, and make my world better,” Lisa Rinna and Harry Hamlin’s youngest daughter captioned a series of snaps with Disick on Wednesday, May 26. “i can’t imagine what i would do without you. thank you for being you. the most caring, loving, special person on this planet. i’m so lucky. i’m so blessed to have met you. i love you.”

While Barker seemingly threw shade at the pair’s age difference, an insider previously told Us that it doesn’t bother Disick and Amelia, noting that the twosome “have more in common than people would think.”

The source added, “He sees himself as being younger than he is. Amelia is really mature and acts older than she is, so they get along pretty well.”