Not for everyone! Tom Holland looked back at one of his more embarrassing auditions, revealing he was up for the role of Finn in the Star Wars franchise.

The Spider-Man: Homecoming actor, 24, told Backstage on Thursday, February 18, that he’s had “quite a few” bad auditions over the years. “I’ve read the wrong lines at the wrong audition before,” Holland said.

His reading for the part that eventually went to John Boyega in Star Wars: Episode VII – The Force Awakens, however, stands out as one of worst. 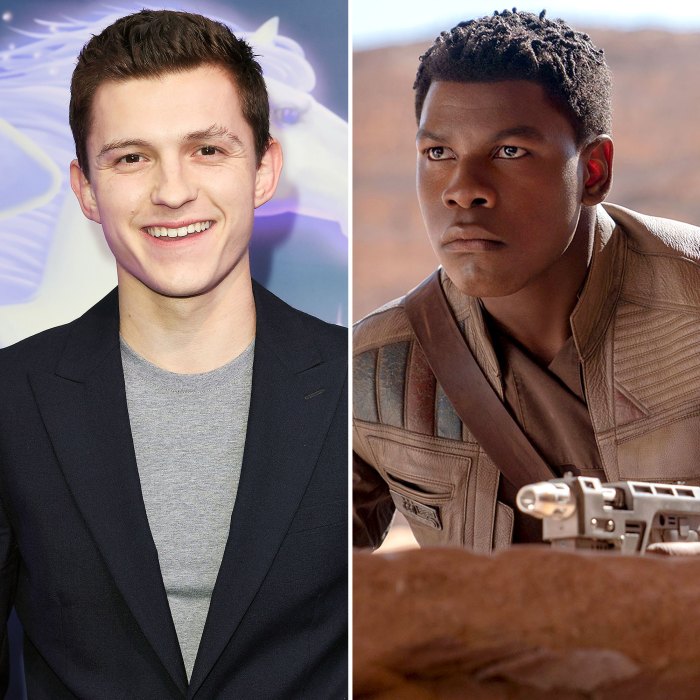 “I remember my audition for Star Wars, I was like four or five auditions in,” Holland recalled. “I remember doing this scene with this lady, bless her, and she was just a drone.”

The Cherry star explained that the scene had him being active and expressive, while the woman was supposed to play a robot character.

“I was doing all of this, like, ‘We gotta get back to the ship!’ And she was going, ‘Bleep, bloop bloop, bleep bloop,’” he said. “I just couldn’t stop laughing. I found it so funny.”

Holland admitted that he “felt really bad, because she was trying really hard to be a convincing android or drone or whatever they’re called,” but he couldn’t contain his laughter. He added: “Yeah, I obviously didn’t get the part. That wasn’t my best moment.”

Boyega went on to appear in three Star Wars films as Finn and voiced the character on the Star Wars: Force of Destiny series.

Holland, for his part, noted that his failed auditions, including losing out to Ansel Elgort for the lead in November Criminals, has continued to push him as an actor.

The Lost City of Z actor revealed that after missing out on November Criminals he was “really angry,” but his dad, a comedian, radio host and author, gave him advice that helped him overcome any career heartbreak that might come his way.

“My dad sat me down, and we spoke about dealing with rejection. He’s had to deal with rejection his entire life in his career, and he was really kind and said, ‘Son, that’s part of success. If you won every single time, winning would become losing,’” Holland said. “It’s like, if I can shoot 4-under in golf every single day, that would become really boring. You need to lose so that the win feels like a win.”

The Onward actor has had massive success throughout his 11 years in the industry, including being the star of the Spider-Man franchise and starring in the Avengers films.

“[I’ve] achieved everything I could possibly want to achieve,” he added.