Happy anniversary, Tom and Gisele! Tom Brady and Gisele Bündchen are set to celebrate 12 years of marriage February 26, and the pair plan to keep things low key, a source tells Us Weekly exclusively.

“Gisele and Tom will be spending time with their family for their wedding anniversary. They’re both just happy to be spending time together,” the insider tells Us. ”At this time, they’re aware that families are suffering and have suffered during the pandemic, so their focus is just making sure their family and everyone close to them is safe. They try their best to have a happy and healthy family always.” 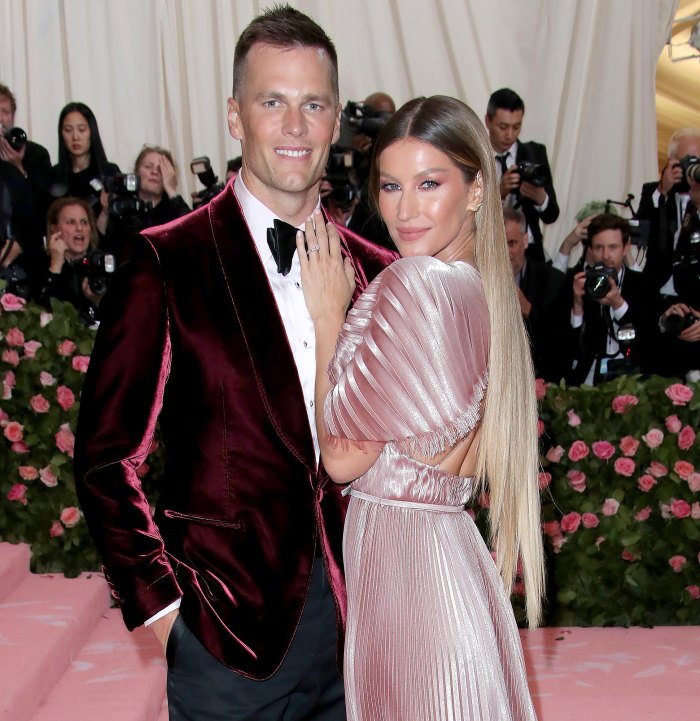 The insider notes that the former Victoria’s Secret Angel and Moynahan, 49, are “on really good terms” adding that nothing has changed regarding their coparenting.

The Brazil native, who began dating Brady in 2007, before Jack’s birth, refers to herself as Jack’s “bonus mom,” writing via Instagram in February 2020, “I feel so lucky that I got to have an extra, wonderful little angel in my life.”

“Gisele has always been that mom that reiterates to her kids that they can do anything they set their minds to regardless of what anyone says,” the source also notes. “Many have thought that Tom would be retired by now and that he would never win another Super Bowl, but his team’s Super Bowl win just proved what Gisele has been preaching all along. She is over the moon proud of Tom and his accomplishments thus far and the kids look up to him as being this big role model.”

Bündchen and the quarterback wed in April 2009 and per the source, are now “more in love than ever.”